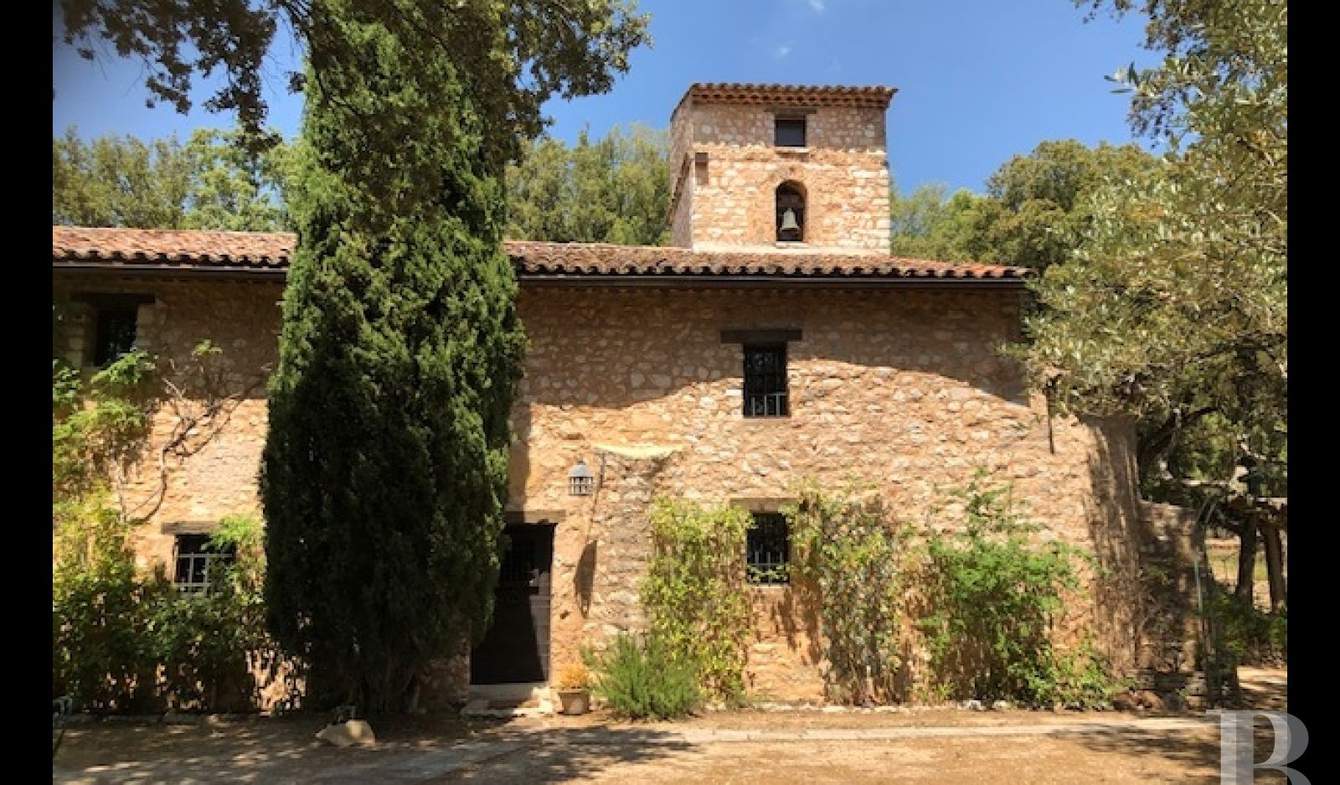 In Upper Var, surrounded by 1 hectare of wooded land with a swimming pool, a 6th century chapel and a 12th century Knights’ Templar Bastide house.France’s second most densely wooded department of Var, where the French Riviera meets the French department of Alpes-de-Haute-Provence, is a tourist mecca offering the proximity of the sea, mountains varying greatly in relief, landscapes and an exceptional amount of sunshine. The Upper Var mountains look out over a series of old perched villages and immense forests provide delightful hiking trails. Numerous sporting activities take place in Verdon Gorges and on Sainte-Croix Lake. This traditional Bastide house, standing in Verdon Nature Park, was constructed in the 12th century around a 6th century chapel.Shops are a 5-minute car drive away, Les-Arcs TGV train station is 40 minutes away, and the motorway is 45 minutes away whilst Aix-en-Provence and Nice airports are about 1½ hours away. It takes an hour by car to reach Fréjus beach and Sainte-Croix Lake is 15 km away.This property is entered via three gateways, two of which are service entrances near to the outbuildings. The main gates open on to a little rustic alleyway which elegantly winds its way for about a hundred metres through the trees and rocks, which stand out not only because of the size but also because of their shape. An area under the trees, 30 m from the first building, is used for parking cars. It is, however, possible to drive right up to the traditional Bastide house.The undulating grounds are generously wooded. The swimming pool, surrounded by a suntrap deck, has a wonderful panoramic view. The entire property includes several buildings: a traditional Bastide house and its chapel, an annex house, a converted sheepfold, a large building in use as outbuildings (pool house, summer kitchen, garage, laundry room) and a wooden chalet used as a workshop and for storage space.The traditional Bastide house and the chapelThis traditional Bastide house and its chapel, both facing south-west, form but one building, spanning a floor surface area of 278 m², the first having been constructed as an extension on the west side of the second. The ascent to the chapel from the carpark is spectacular with a view of the 2 apses and the stone buttress. The constructions are concealed behind this edifice. The chapel still has its bell-tower and its bell. The two-storey buildings are constructed from exposed stone and feature rectangular openings, with the exception of the lounge’s large arched French window.Two bedrooms all on a level with the north side have a separate entrance. The 12x6 m swimming pool is on the west side.Ground floorThe south-facing facade provides access to the east side of the chapel and the vaulted base of the bell-tower, illuminated via 2 stained-glass windows. On the west side, it opens into a large lounge, spanning approx. 69 m², with a fireplace and featuring windows overlooking the swimming pool area. An old door on the right-hand side provides access to a vaulted kitchen which communicates with a central corridor. The latter delimits the northern section of the traditional Bastide house which comprises a study, storage areas, a boiler room and a toilet. There are exposed stone walls and terracotta floor tiles throughout.First floorA wooden stairway goes upstairs from the lounge to another lounge area on a mezzanine. Double doors provide access to the master bedroom and its bathroom. Another bedroom is on the south side. The mezzanine extends into a corridor leading to two bedrooms and their shower room, with independent access to the outside on the north facade via three steps. On the east side, a balcony corridor, looking down on to the chapel’s choir and the bell-tower area, is bordered by carved wooden balusters. It can be reached via …

Price details of this bastide:

Listings similar to this bastide, Aups

In Aups, stone country house offering 30 Hectares of land classified as agricultural (all in one piece). Located away from all nuisances, and a few minutes from the city center. With a...

In the heart of Haut-Var (75 minutes from Nice International Airport, 40, from Les-Arcs TGV railway station and less than 5 minutes from the touristic village, well-known for its...

House with pool and terrace Aups (83)

This 275 m² house consists of: On the ground floor, a living/dining room, a kitchen with a utility room, and a summer kitchen. On the first floor, 4 bedrooms, 3 bathrooms and 3 toilets....

Fayence. Located in the plain, near the city center and its shops, beautiful 19th century country house offering 500 m2 of living space. On 2.7 Hectares of flat agricultural land,... 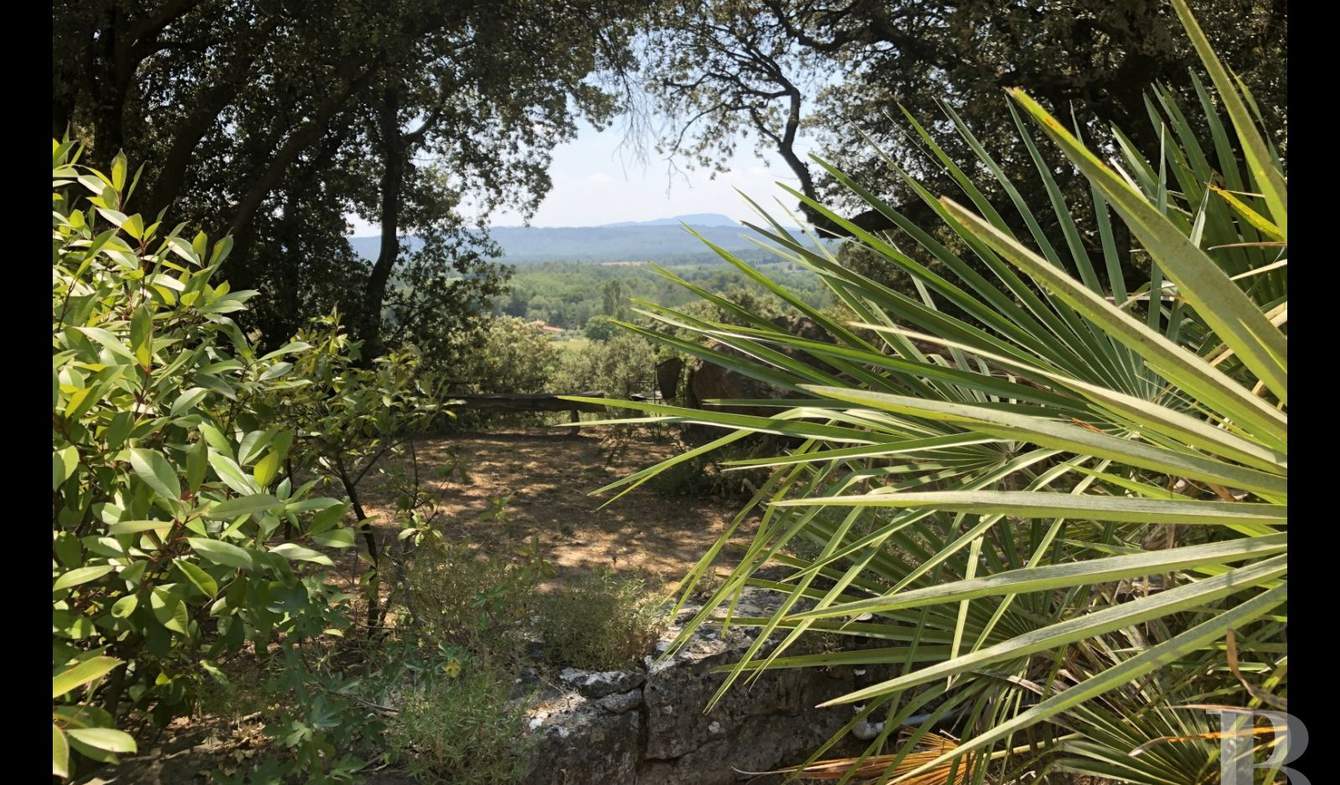