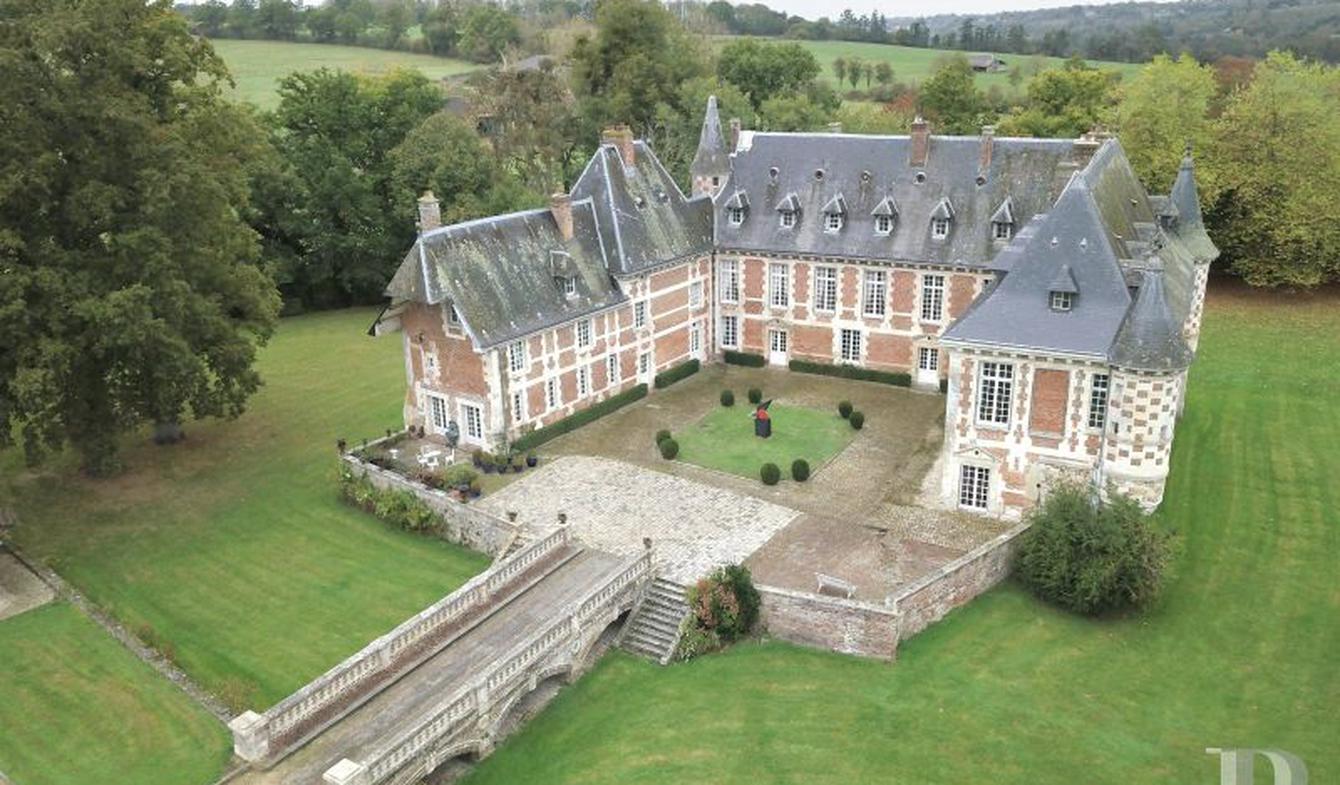 In the Normandy countryside, where the borders of Eure and Calvados meet, a 16th century chateau and its 7 hectares of parklands.This property stands in the midst of the Auge Country, in the north-west of the French department of Eure.Paris is 200 km away via the A13 motorway and can be reached in just over two hours.The nearest train stations are in Pont-Audemer and Lisieux (some 16 km away).Deauville-Trouville is 30 km away, Honfleur is 25 km away.The nearest small town with all local shops and amenities is but 2 km away.Out of sight of onlookers and away from all nuisances, this property stands in unspoilt countryside, surrounded by green belt areas which cannot be built on. A discreet, little, tree-lined road provides access to the property's wooden gates.The latter open on to a long driveway leading to the chateau and providing interesting views of the parklands, planted with trees over a hundred years old.The chateauOriginally a fortified castle, it was destroyed in 1374 and reconstructed in 1385 for Jean-Le-Bigot with authorisation from King Charles VI.A bill of sale mentions: a manor house, a stronghold house and a feudal motte in the form of an old castle.The building was reconstructed for Jean-Ferey in the last quarter of the 16th century and then restored by architect Henry-Jacquelin at the beginning of the 20th century.Its Saint-Jean brick and dressed stone facade, with toothed quoins and decorative crosses, catches the light on its red and black bricks, bestowing it with a character, typical of this period.The building spans a total of approx. 1,400 m² of living space spread out over three levels, topped with attic space.The nailed slate roof, part of which has been redone, is supported on stone corbelling and features numerous roof dormers and zinc bull's eye windows as well as several brick chimney stacksThe chateau is surrounded by old, dry moats, now laid to lawn. The main courtyard is reached via a so-called lattice-work bridge, composed of brick and dressed stone.This chateau comprises a central building, flanked by two wings set at right angles. Its numerous wooden-framed, small-paned windows and French windows all have white dressed stone surrounds. They are positioned so as to let in copious amounts of light.The east facade of the chateau is enhanced at each end with watch-turrets, reflecting a chequered pattern. Topped with candlesnuffer roofs, they are embellished with zinc ornamentationThe north facade, however, has very few openings for climate reasons.Ground floorThe facade has two entrances, one so-called gallery entrance and one used by staff.The floors on this level are covered with old paving stones, flagstones, terracotta tiles and travertine stone; some have inlaid decoration.Most of the rooms have French ceilings.An entrance hall, with a stairway going upstairs, provides access to the reception rooms. These comprise a large, stately, through lounge, with a fireplace, a triple-aspect conservatory, with access to the terrace, a monumental fireplace and cupboards, a gallery opening into a spacious, dual aspect, guest dining room, with a fireplace, a small lobby with a toilet, a smaller, so-called winter dining room, a spacious, fully fitted kitchen with a back kitchen, a laundry-linen room, a storeroom, a room in use as a bar and several separate toilets.The interior quality of all of these exceptionally spacious rooms comes from a combination of old materials and contemporary decor.First floorA wide stairway, with wooden steps, leads to a landing, covered with octagonal terracotta floor tiles. It provides access to four vast, individually decorated bedrooms of varying colours, enhanced with marble fireplaces, wall panelling, cupboards and parquet flooring laid in Versailles, herringbone and strip patterns.A ...

Listings similar to this castle, Lisieux

Nestling on 7,000 m² of private grounds near Honfleur, this remarkable seafront property offers direct access to the beach. The main house presents 240 m² comprising, on the ground...

Rich in exceptional land, this farm of about 115 hectares has residential buildings and other agricultural buildings all in very good condition. The main house with a surface area of...

Located in the heart of Deauville's most beautiful neighbourhood, this town mansion sits on 250 m² of land. Offering a living area of approximately 205 m², the property comprises...

AMAZING SEASIDE CASTLE!! TROUVILLE-SUR-MER CATHERINE PIGUET OPENS THE PORTAL OF THIS CASTLE, consisting of enormous reception rooms and a breathtaking view of the Norman coastline,... 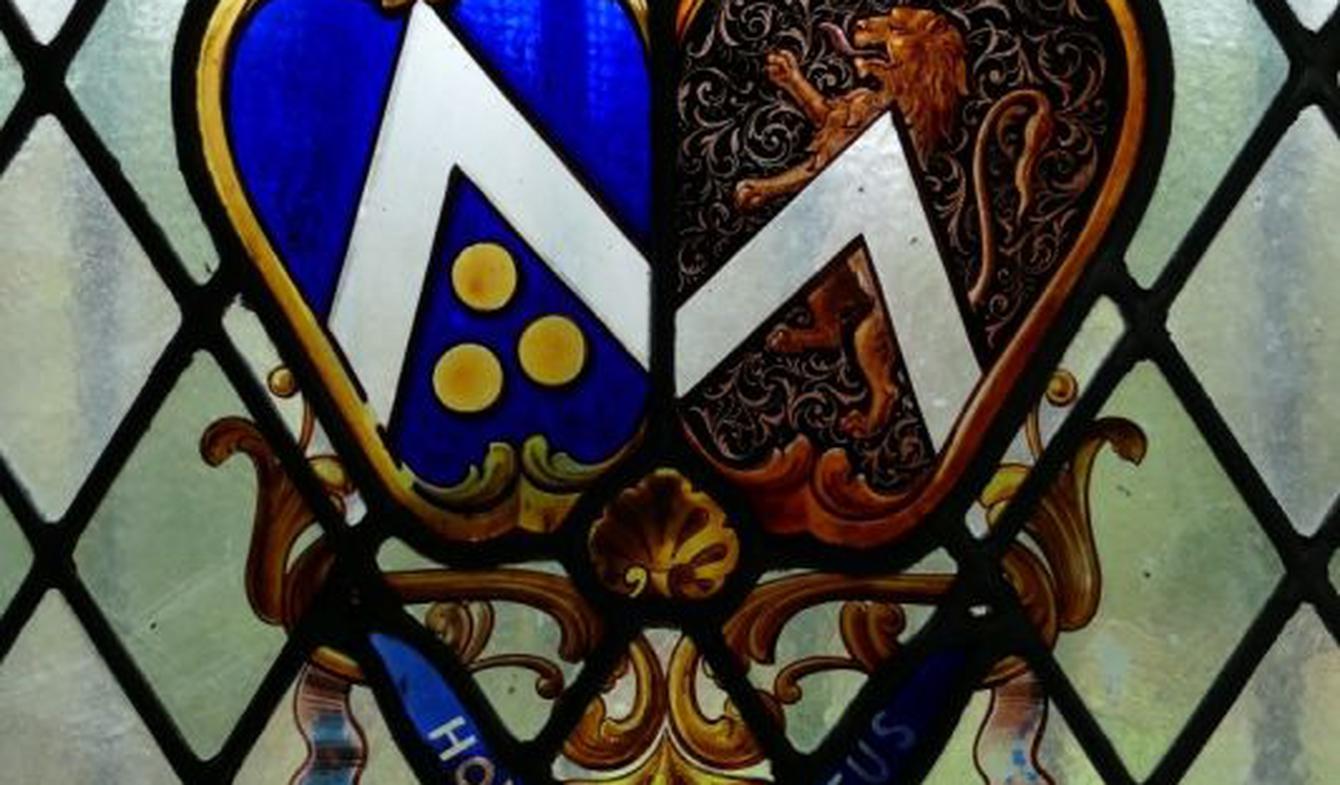