BRIVE LA GAILLARDE - Elegant manor house human-sized cage as soon as the Xvith century and many outbuildings in a romantic park of over 3 hectares planted with century-old trees. Quiet environment to a half-hour from the caves of Lascaux and 10 minutes from the motorways A20 and A89. Interesting elements of decor from the Sixteenth to the beginning of the Twentieth century: fireplaces and staircases, beautiful floors inlaid, moulurations ceilings. Of cruciform plan, irregular, the manor house is built in half-levels on cellars, ground-floor giving on the terrace and the courtyard, 1st floor and attic. The main façade which looks to the valley to the north is decorated with a large terrace supported by three arcades under which one has access to two vaulted cellars of 30 and 40m2. At each angle, two turrets breakthroughs of little mouths to fire are covered with a roof in pepper shakers. The central bay features a cartridge with the coat of arms armorié overcome the reference to 1909, the date of large restorations, topped with a large skylight very ornamented. The current entry on the courtyard side of the south opens into a hall paved cabochons, two-tone, lighted by sash stained-glass windows bearing the arms of the families of the place. To the north, the main living area has beautiful decor elements of style Restoration. A rare floor strewn with motifs of quad three shades of wood fits in with the four pairs of corinthian columns to the corners, which support a wide entablature motifs of scrolls and denticles that surrounded the room. Wood trim at glazing and a fireplace in breccia complement the decor. A small lounge to the north-west corner serves as your library with storage for books and a marble fireplace with columns, surmounted by a pier. Beside it, a desk, isolated by a hallway also features a fireplace, column-style Restoration. The dining room is separated from the hallway by French doors and mirror effects in order to benefit from more light; in the ground the same slabs to cabochons that in the vestibule. A niche houses a beautiful fountain and the doors are inlaid geometric designs using patterns of the parquet floor of the grand salon. The west wing houses the spaces and practices, which have been redone in the 1950s: toilet, hall, stairs, kitchen and back-kitchen on the bottom. The small opposite wing, to the east, contains the grand staircase original to the mansion, including an old door studded farm is the access to the terrace. It is a model of the Sixteenth century, slabs, monoliths, ramp on ramp, lit by sash stained-glass windows. Upstairs, 5 rooms and bath - wc and an office were arranged on a little more than 200m2. The chamber known as “the Bishop” was heated by a fireplace armoriée monumental, it communicates with the next room through a gateway, forming awning on the south facade. Another very large carved fireplace and armoriée of the Seventeenth century above the hallway that serves the bedrooms on the north side, and which joins the most small stairs of the west wing toward the kitchen. Each of these has a fireplace and woodwork of the Eighteenth century, with their own bathroom in the turrets. The attic is not furnished but has a very nice structure in a fairly good state. Dependencies To the west, a caretaker's house of a surface area of approximately 45m2 per level is fully equipped, functional and autonomous with its garden-orchard. In the center, a former exhibition building on the garage to the ground floor comprises a large room of about 60m2 on the 1st floor. and a floor in the attic. In the east, the “upper house” consists of living space of approximately 70m2 and a barn to be restored of about 90m2, in return for the right angle. On the ground floor, a “party room” and a living room with upstairs rooms to renovate. The eaves of the barn overlooking the very large swimming pool on the south side, with a former solarium and spray under the auspices of an effigy of Neptune who sleep with his trident. Of the plane trees, cedars, oaks, pines, and other trees trees form a green protected by walls from the outside. In this dreamy garden a fountain irrigates a small pond and the gazebo, you can admire the park, the manor house and the landscape of the puy of Yssandon in the distance. Manor house +/- 220m2 on the ground Next to a village with a few shops 20 minutes from Brive and its airport, 50 min of Périgueux, 1 hour from Limoges, 2 hours from Bordeaux and Toulouse, Price : 715 000 € agency fees included (fees to be borne by the seller)

Listings similar to this castle, Terrasson-Lavilledieu (24)

Time has stopped for this 14th century chateau, rebuilt in the 19th, as you follow this ancient path lined with plane trees. Situated between Périgueux and Angoulême, it is composed...

Independent apartment consisting of the South Tower of a magnificent 18th century Chateau, on the edge of a popular village in the heart of the picturesque “Little Italy” area between... 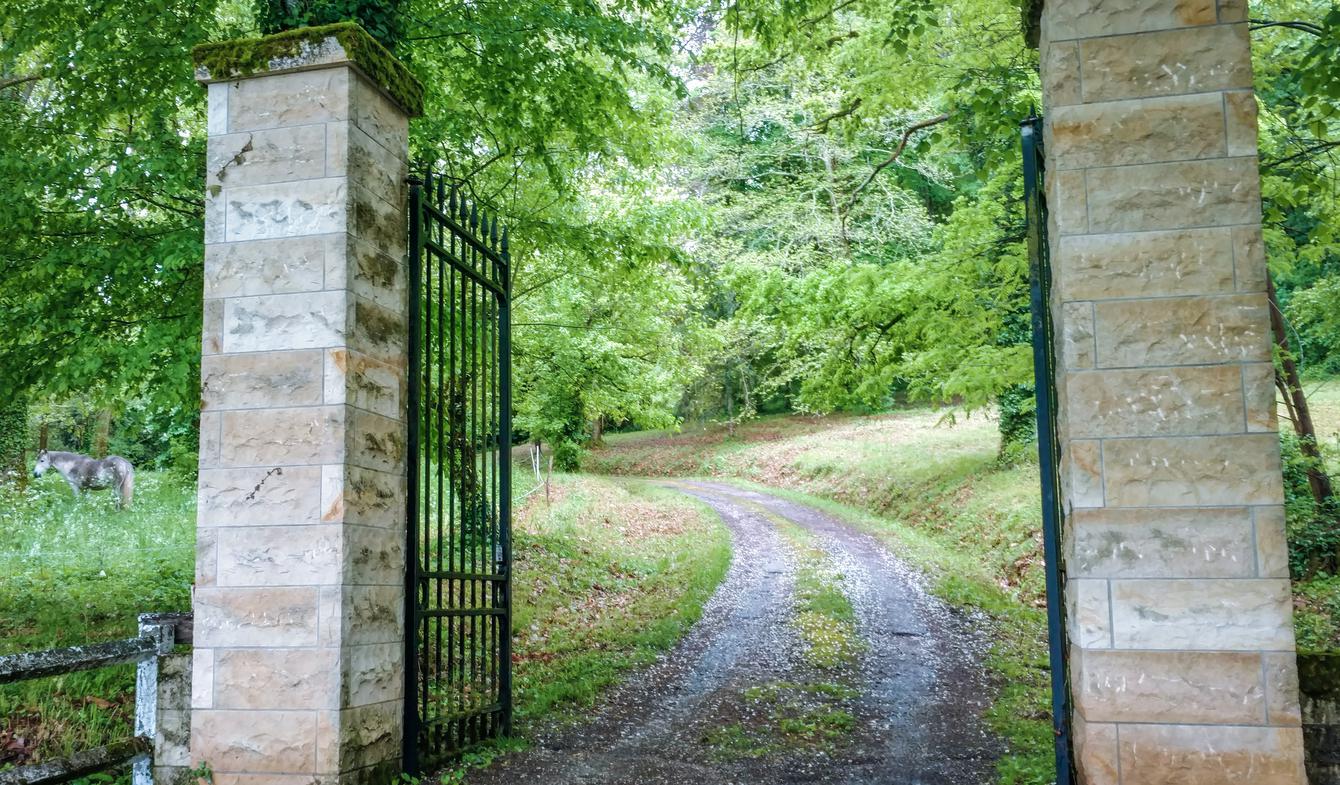