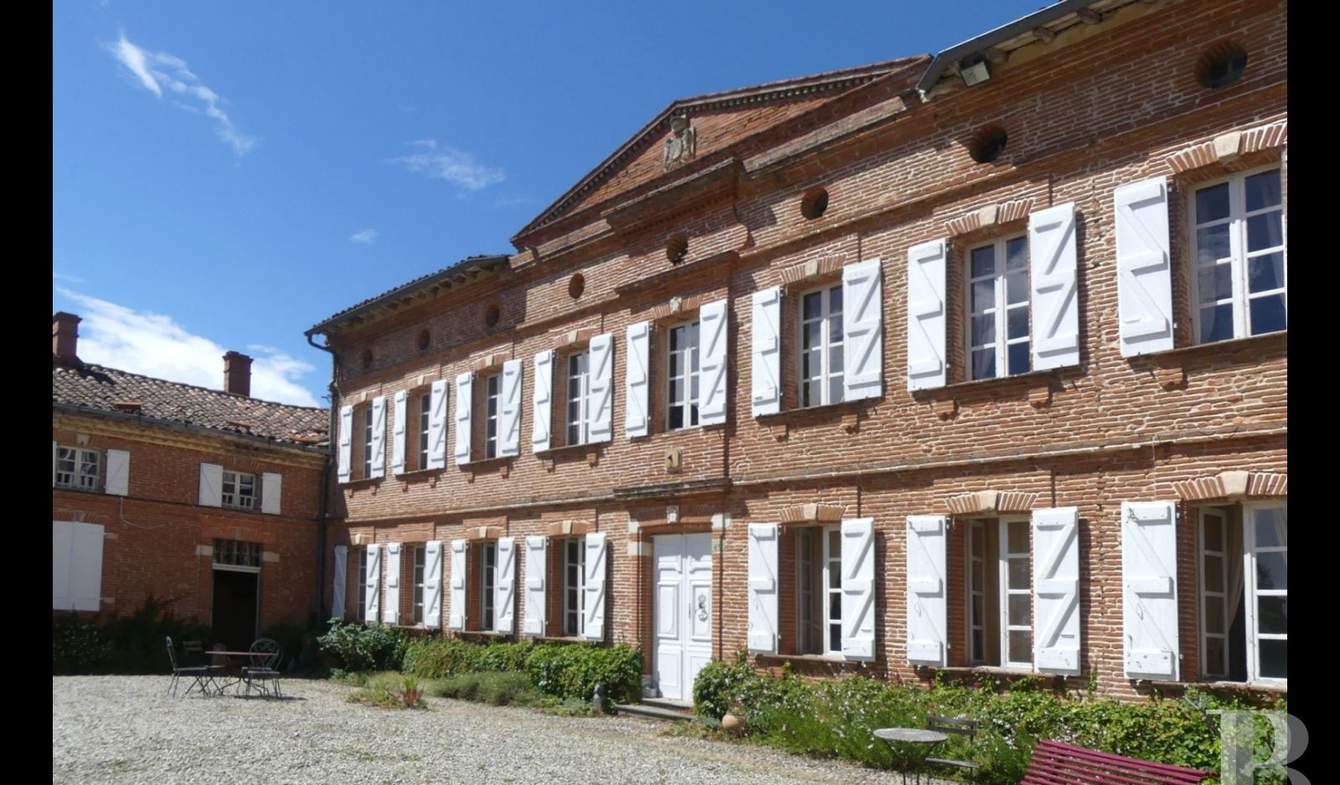 At the edge of a village in the Land of Cockaigne, an 18th century castle, its gite, inn and 2 ha of undulating parklands.The Land of Cockaigne, and as a popular myth has it “Land of abundance, ease and pleasure” was inspiration for Breughel, the Flemish artist, for his rural life paintings and for Rabelais, the writer, for the characters in his novel: Pantagruel and Gargantua (1534). The castle, built in 18th century on “blue gold”, pastel grass and “white gold”, wheat and wool lands, perched on the Lauragais hillsides, is located close to Nailloux, thirty-five minutes from Toulouse and not far from the Canal du Midi and Via Tolosana. Just outside a small medieval village, with views over the valley towards the Pyrenees mountains in the horizon.At the top of a hill, the red-brick castle built in 1740, by the private secretary of King Louis XV, faces the Pyrenees.Surrounded on three sides by a municipal road, then the village and large vegetable/market garden in the valley, the estate extends over nearly two hectares of wooded parklands. The castle, in true Lauragais “Châteaux de froment” style, inspired by the classicism of the Chateau of Versailles is recognizable by its Toulouse brick façade. It spans two floors, is U shaped and has two wings at a right angle forming a closed courtyard with its large gate and pillars adorned with a bowel of terracotta fruit. A gite in the west wing; an Inn comprising a large ball room; professional kitchen in the east wing.The parklands planted with trees of over a hundred years old offer surprising landscapes. Here, a tennis court is hidden, over there, an oval shaped pool, a large staircase made of terracotta steps invites you to leave the grass terrace and take a stroll or nap in the summer house. A small farmhouse in ruin and its garden are situated next to the parklands, on the village side of the property. The castle’s facades and roofs as well as the entrance gate and boundary wall are listed as historic monuments. The roofing would need attending in the next few years.The castle, main buildingThanks to the wheat and wool productions in 18th century, the second “golden age” for Lauragais after that of pastel grass in 14th century, red-brick castles became widespread in the region. This castle is typical of the local “Châteaux de froment” style with its rectangular façade spanning two storeys under the rafters and featuring seventeen Renaissance style mullioned windows. Also the low-pitched two-slope roof covered with Roman tiles, overhangs the attic and its round bay windows and double cornice. The triangular pediment bearing the family coat of arms was added in 19th century.This feature is typical in the Land of Cockaigne and is the reason the property has earned HM status.Ground floorThe entrance to the castle via a double-leaf wooden door opens into a vast hall, decorated with Louis XV style painted motifs and extending as far as the large grass terrace, on the north side. It has black and white chequered floor tiles and leads to the different lounges and main staircase with stone steps and moulded wood banister to the upper floors. On one side, a double lounge with its straight pattern parquet flooring and grey marble fireplace opens into a hall on the park side and into the ball room, located in the east wing. On the other, a dining room features ancient decorative ornaments, black and white chequered flooring, Greek motif frieze, monochrome wood panelling, and mirror-lined alcoves. Leading on from here, a through-lounge extending from the courtyard to the garden, illuminated by four windows two of which are double-hung opening out onto the park, is particularly outstanding thanks to its monumental Regency style wood fireplace and its 18th century ceramic tile floor. This lounge opens via a …

Listings similar to this castle, Toulouse

Creative and enterprising minds take note because, beyond a simple dwelling, it is a whole project of life that we propose you through this property located in our beautiful lauragaise...

Located between Comminges and Volvestre, in the heart of a historic village, just 30 minutes from TOULOUSE, quick access A64 motorway, come and discover this old wine estate of the...

House with pool and terrace Toulouse (31)

In the heart of St Simon, this 'Toulouse House' of 210m2 surrounded by its pleasant park of 2900m2, will seduce you by its volumes and brightness. It consists of two levels. On the... 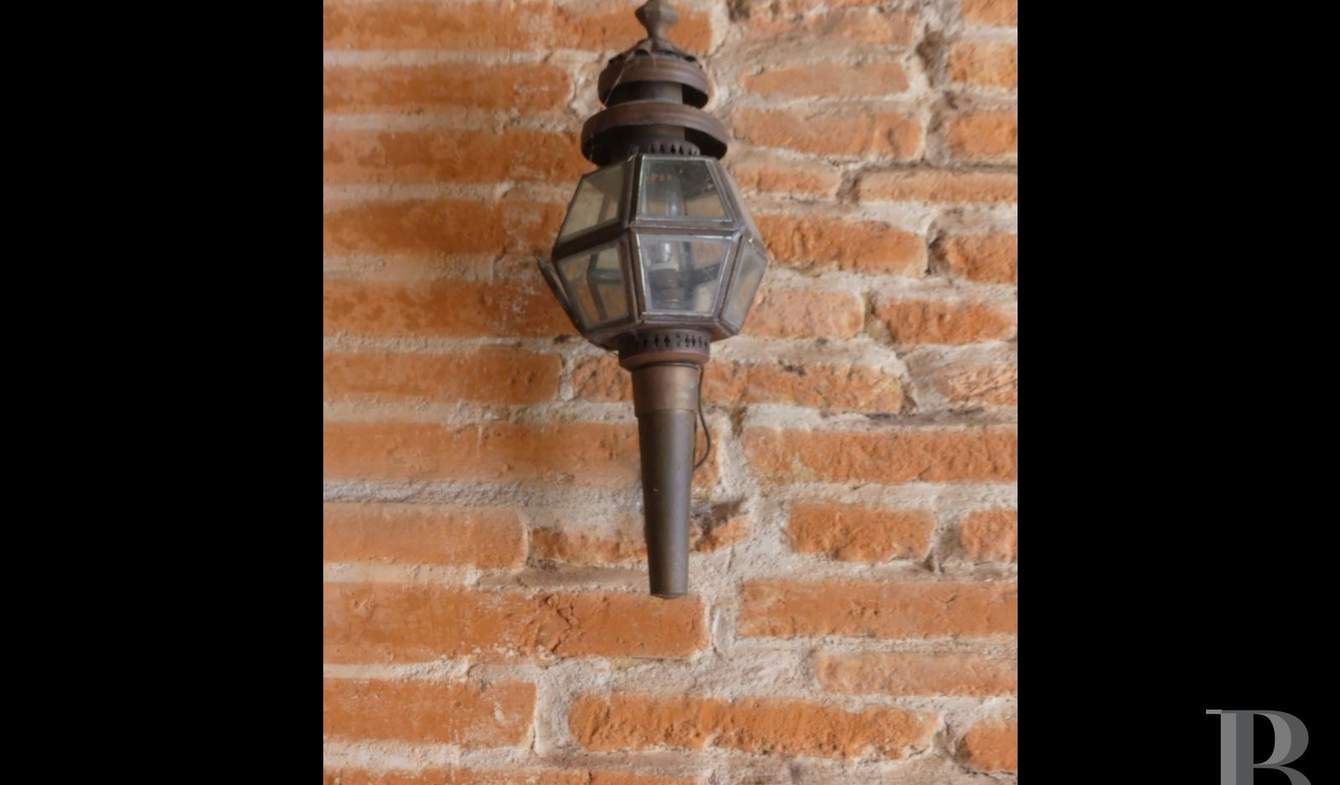