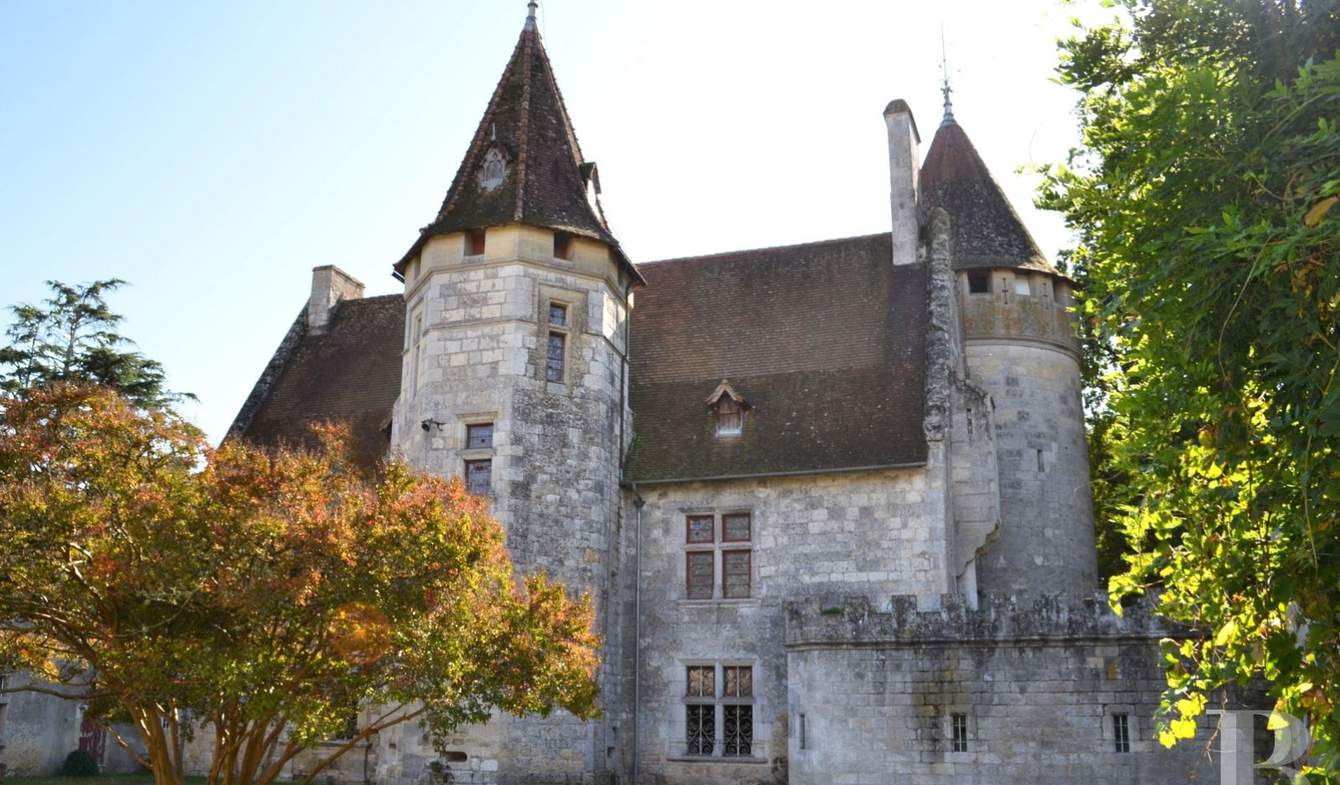 A Renaissance chateau, finely revamped by a student of Viollet-le-Duc, awaiting restauration set in 5 ha of parklands, 10 minutes from Agen where the French departments of Lot-et-Garonne and Gers meet.This chateau is near to two large, character market towns. The first, with its Cluny priory, is on a trail linking the German Cluny sites with those of Spain. The second is known for having a popular French singer as a native inhabitant. On the outskirts of the market town, the road leads to the French department of Gers. The town of Agen, with its TGV train station providing 190-minute links to Paris, its airport with flights to Orly and its slip road on to the Bordeaux-Toulouse motorway, is but a few kilometres away.This chateau is set in the midst of parklands planted with superb trees that first appeared in our landscaped gardens as of the 19th century. Giving the impression of coming straight out of a romance of chivalry, it stands on the site of an older building, constructed on a line of defence connecting the river Garonne to the Pyrenean mountains. Its three towers were decapitated at the time of the French Revolution. Two were reconstructed in the 19th century, this era being the rediscovery of the Middle-Ages. Viollet-le-Duc “saved” Notre-Dame-de-Paris as well as the City of Carcassonne and it was one of her pupils who built this chateau using all the romantic vocabulary of the era, known as the “Troubadour” style. It has it all; two large round towers flank the facade on the south side. The older one on the right has a razed shape, but the one on the left-hand side features battlements under its pointed roof; it has balistraria and fire holes with brattices enhancing the sought-after medieval character. Large mullioned windows, battlemented walls enclosing the various interior courtyards and the decoration of the living space make this chateau a document relating the sensibility of the time.Also in the surrounding parklands, featuring alleyways bordered by tall trees, are the remains of a pond where horses used to drink, a gazebo in front of the south-facing facade and a small stone ornamental pool fed by a nearby spring. A grassy clearing and a fountain with a basin complete this romantic property.The chateauThe south-facing facade features beautiful exposed stone. Two mullioned windows on the ground floor flank the entrance door with its small-paned leaded lights. Directly above on the first floor, three large windows, one of which is mullioned, are set under a very steep roof, covered with flat tiles and featuring two pavilion roof dormers. A monumental iron gate, on the east side, provides access to the interior courtyard housing the north facade, in the centre of which stands the octagonal stairway tower. A steep, pointed, equally octagonal roof, covered with flat tiles, is supported on battlements. The door to the tower is a superb example of the Renaissance era with its coffers decorated with forged studs and two fire pots flanking the family crest supported by two lions back to back. This north facade opens on to the three courtyards with outbuildings, described below.Ground floorThe entrance door on the south side opens into a large vestibule with, at the end, a stone stairway housed in the octagonal tower on the north facade. The floor is paved with grey and black, 19th century tiles, laid diagonally with a mosaic border. The walls are lined with wainscoting and the ceilings adorned with a straight cornice.Two sets of double, medieval style doors, with linenfold carving, face one another. This same decoration is to be found on all the wood panelling throughout the house.On the left-hand side is a large lounge, with parquet flooring laid in a randomly-matched pattern and a French ceiling, painted dark red between the beams whilst the battens are dark …

LOT ET GARONNE - IN PERIPHERY OF AGEN - Established on a line of defence linking the Garonne to the Pyrenees, castle to be restored belonging to the same family since the middle of the...

A unique opportunity to own part of a divided chateau in a stunning position on the banks of the river Lot. Set in over 2.5 hectares of land with picture book lake, currently with 3...

House with pool and terrace Duras (47)

This beautiful property and gite is located in half a hectare of garden in an elevated position with beautiful views across the countryside. The main house consists of a large living...

By BORDEAUX AND BEYOND 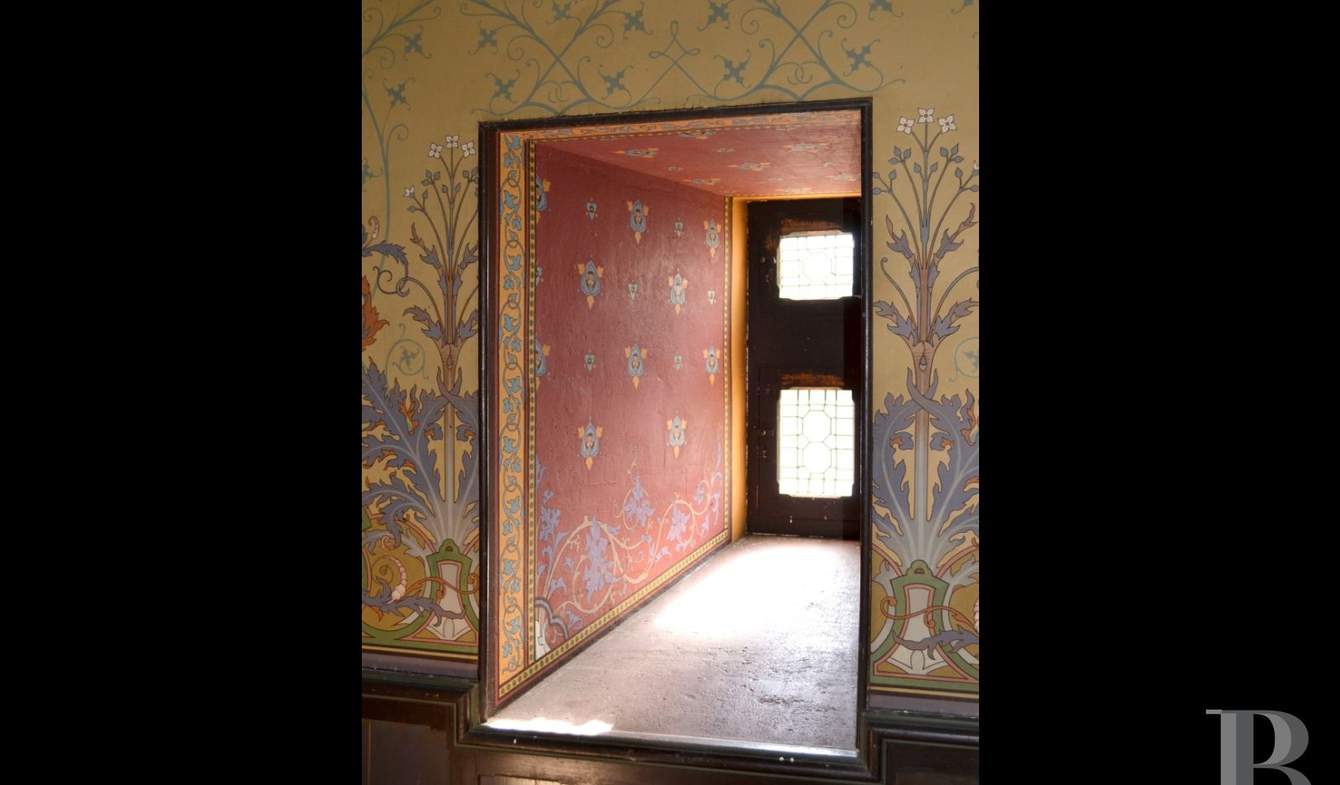