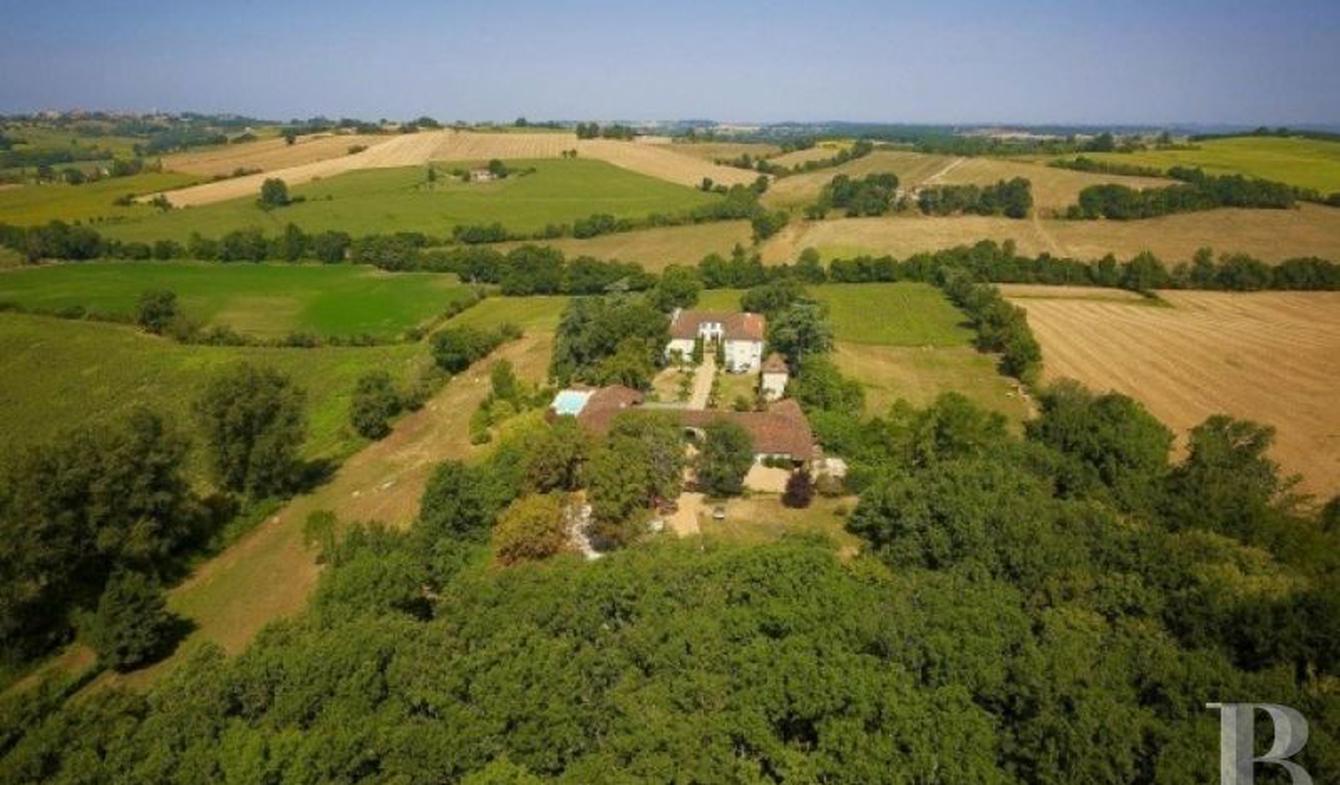 An elegant, 18th century residence in approx. 8 ha of parklands for a large family or a hotel and catering activity near Agen in the Aquitaine region.This residence stands near to Agen, a town equidistant from Bordeaux and Toulouse, reached via motorway, TGV train and an airport, with several daily links to Paris.The Gascony hills are renowned for their pleasant way of life and their rich heritage such as the Cluniac abbey in Moirax and the collegiate church in La-Romieu, both near to this property.A driveway, crossing a tall coppice stand, leads to this large, 18th century residence, a part of which on the corner of the entrance courtyard, comprises vestiges of an 11th century stronghold house.The car parking area is laid out in front of the outbuildings, featuring a wide, central, vaulted passageway opening into the inner courtyard. The facade of the chateau, at the end, is set between two long wings which create a U-shape as well as a narrow, central courtyard. This is reached via a wide driveway, bordered by a row of little palm trees. An old olive tree that still produces fruit stands in the middle of the courtyard.The superb entrance door is flanked by flat, stone columns, topped with a stone trumeau. The ironwork is old and the latticework over the fanlight bears the initials of a family that once lived here. The sober, refined Directoire style is featured throughout the interior decoration. The central building is composed of regular limestone blocks. The wings still have their old rendering.The chateau and its wingsThe entrance to the chateau is in the middle of the central section which, paved with old terracotta floor tiles, provides access to the two wings set at right angles. The left-hand wing was most certainly intended for the owners of the property as is shown by the decoration of the doors and the fireplaces. The right-hand wing was, no doubt, given over to staff.Ground floorThe spectacular stairway, with its metal railings and its panelling, provides a glimpse of the first floor landing where a welcome desk has been installed.A long, through gallery in the most elegant wing provides access to four large rooms, all open on to a west-facing terrace. All feature high ceilings and double, Directoire style doors.The first room, once a lounge and currently the breakfast room, has a straight ceiling, new wide strip wooden flooring and a fireplace featuring decorative plasterwork. It has two sets of double doors, one set housing a cupboard and the other opening into a dining room where parquet flooring is laid in a herringbone pattern. It has a straight ceiling and a large marble fireplace. Panelling with gilded moulding gives this room a Baroque air. Double doors on the right-hand side of the fireplace are similarly decorated with gilded moulding.The library, with no direct link with the dining room, has been converted into a bedroom. It has a plaster ceiling, strip pattern wooden flooring and a large, grey marble fireplace as well as a French window opening on to the terrace. A bathroom includes a toilet.The floor is covered with old tiles and the walls with natural wooden battens.A large bedroom, for

House with pool and terrace Villeneuve-sur-Lot (47)

LOT & GARONNE - VILLENEUVE SUR LOT AREA In a dominant position and at the end of a private alleyway, superb 18th century estate recently renovated with care: Main house of 610m2 on 2...

Exceptional property in the heart of a domain of 5.9382 ha including a park of 2.21 ha completely enclosed enjoying superb and panoramic views over the valley of the Garonne. True hamlet...

This magnificent country property is currently configured to provide three independent prestige seasonal rental residences set around a courtyard, each with its own 10m x 5m swimming... 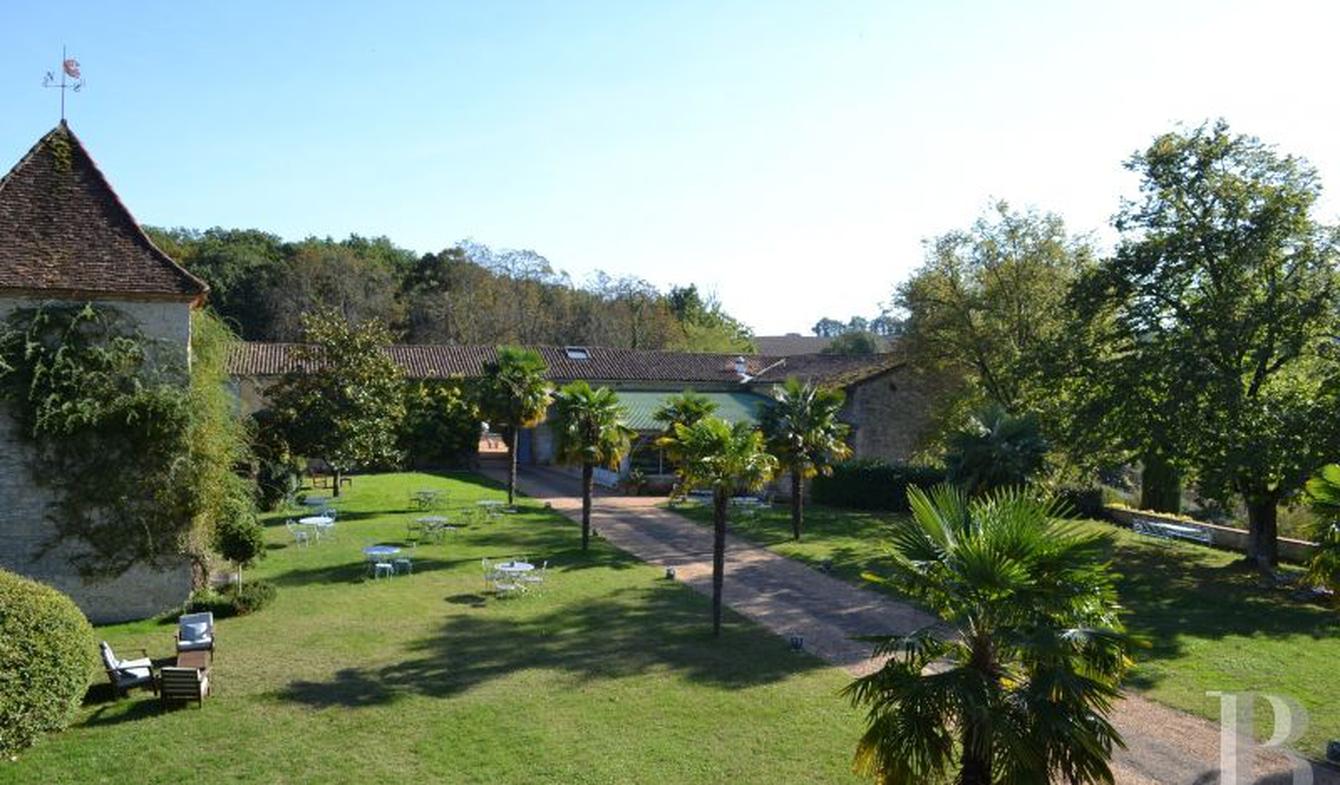