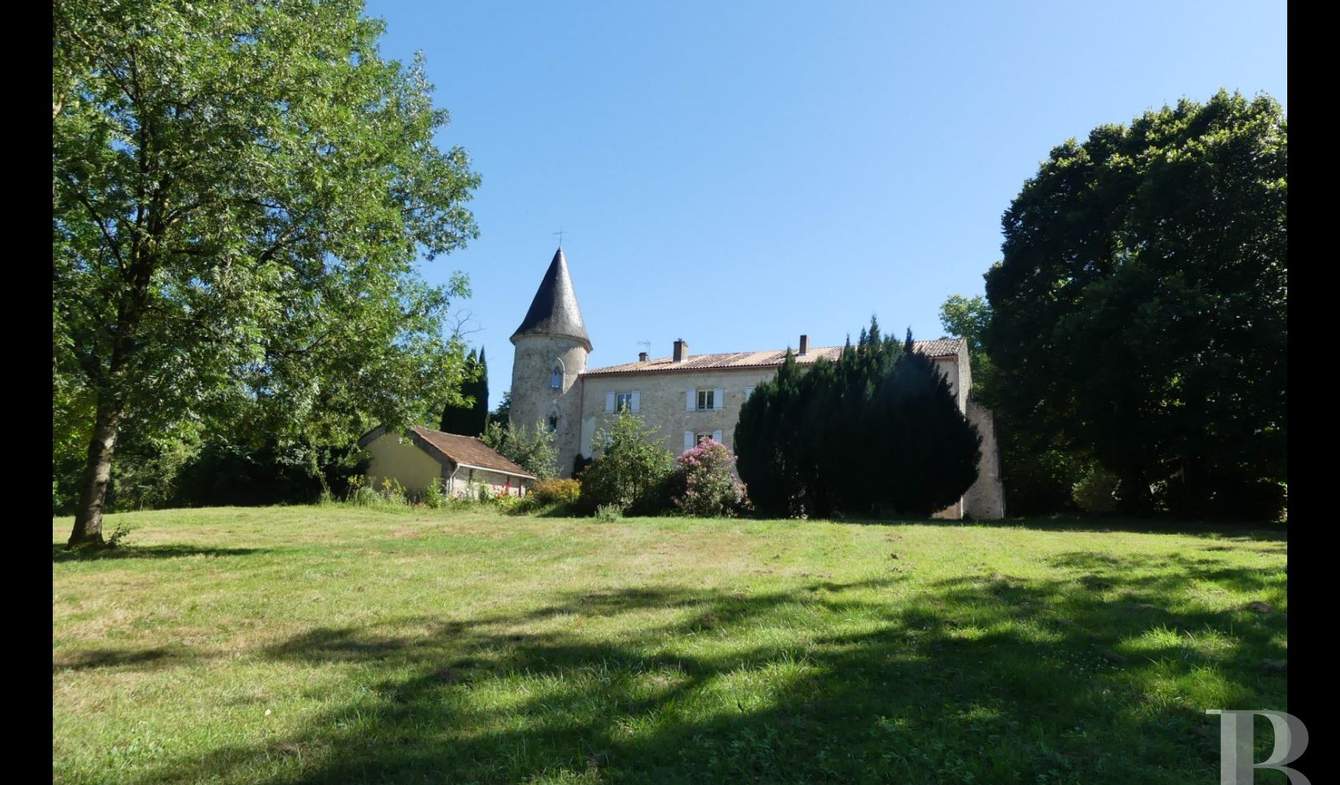 A 13th & 16th century, Knights Templar, riverside house near to Castres in the French department of Tarn.This house, by the side of the river Agout, is in a hamlet on the outskirts of Castres, along the Way-of-Saint-James. 5 minutes from the town centre and 10 minutes from an airport with daily, 1¼-hour flights to Paris-Orly.This rectangular, fully and tastefully renovated Knights Templar house has been preserved more or less in its original condition. It stands with its candlesnuffer roof tower, featuring neo-gothic windows, in approx. 2 ha of wooded parklands alongside a river. It underwent two construction periods. In the 13th century, a first 2-storey building and its tower were constructed and lived in by Knights Templars. In the 16th century, a floor was added and an adjoining building constructed from stone coming from the Carthusian monastery in Saix. Said building was intended for storing the harvests as well as accommodating the men-at-arms and the pilgrims. Nowadays, with its 10 bedrooms, its three lounges, including the guardroom on the chateau side, and its majestic function room (100 m²) with a refectory on the upper levels, this property (750 m² of living space) is extremely harmonious and versatile. A swimming pool, a sauna and small outbuildings complete the main building.The main buildingConstructed in the 13th century under a gable, tile roof, this Knights Templar house had but a single level, prior to being extended by another two floors and a tower with a candlesnuffer roof and neo-gothic windows, housing a still-intact, spiral stone stairway. Entered via a main, south-facing entrance and another via the kitchen on the north and swimming pool side, this house is independent from the adjoining building, added in the 16th century, whilst communicating with it via double, interior doors.Ground floorDouble wooden doors, forming the main entrance to the Knights Templar house, open into a little vestibule, going through to the kitchen on the north side. With red and white tiles, laid in a chessboard pattern, it opens on either side into lounges and leads to the two upper floors via a wide, main stairway, with stone steps and bronze railings. A lounge on one side, with strip pattern parquet flooring and a grey marble fireplace, opens into the old guardroom, with its monumental stone fireplace under exposed beams. A wooden door in a corner here opens on to the spiral stairway in the tower. A dining room on the other side, with painted cement floor tiles, a carved wooden fireplace and moulded panelling, communicates not only with a large function room under arcades, but also with a kitchen via a large, glazed French window.First floorTwo large bedrooms, with terracotta floor tiles or parquet flooring, each have their own bathroom and toilet. Their large, south-facing windows let in copious amounts of light and provide a pastoral view over the wooded parklands.Second floorTwo south-facing bedrooms each have their own shower room and toilet as well as terracotta floor tiles. Whilst a through corridor, reached via a door between the two floors, leads to a hall area on the east side providing access to a sauna and the second, round, wood-lined room in the tower. Another two bedrooms on the north side share a shower room and a toilet. A door at the other end of the corridor opens into the refectory on the second level of the section dating from the 16th century.The 16th century buildingThis building is outstanding because of its large, 100 m² function room, with arcades on stone pillars and a mezzanine balcony corridor (65 m²) going around all four sides. Two entrances on the north and south sides make it independent from the main building. It is topped with two floors, preceding …

Listings similar to this castle, Castres

TARN - NEAR THE TOWN CENTER OF CASTRES - AN HOUR FROM TOULOUSE At the entrance of Castres, XVIth century castle of 780m2 entirely restored with 2 adjoining parts: Residential area of...

TARN - NEAR THE CENTER OF CASTRES AND THE AIRPORT Manor house built in 1850 with 600m2 of living space and 15 main rooms including 8 bedrooms. Bar, English club, projection room in the...

For sale, near Castres (81100) elegant 18th century property, in a park with majestic trees, lined with a river and fenced with ancient walls. This classic property consists of 2... 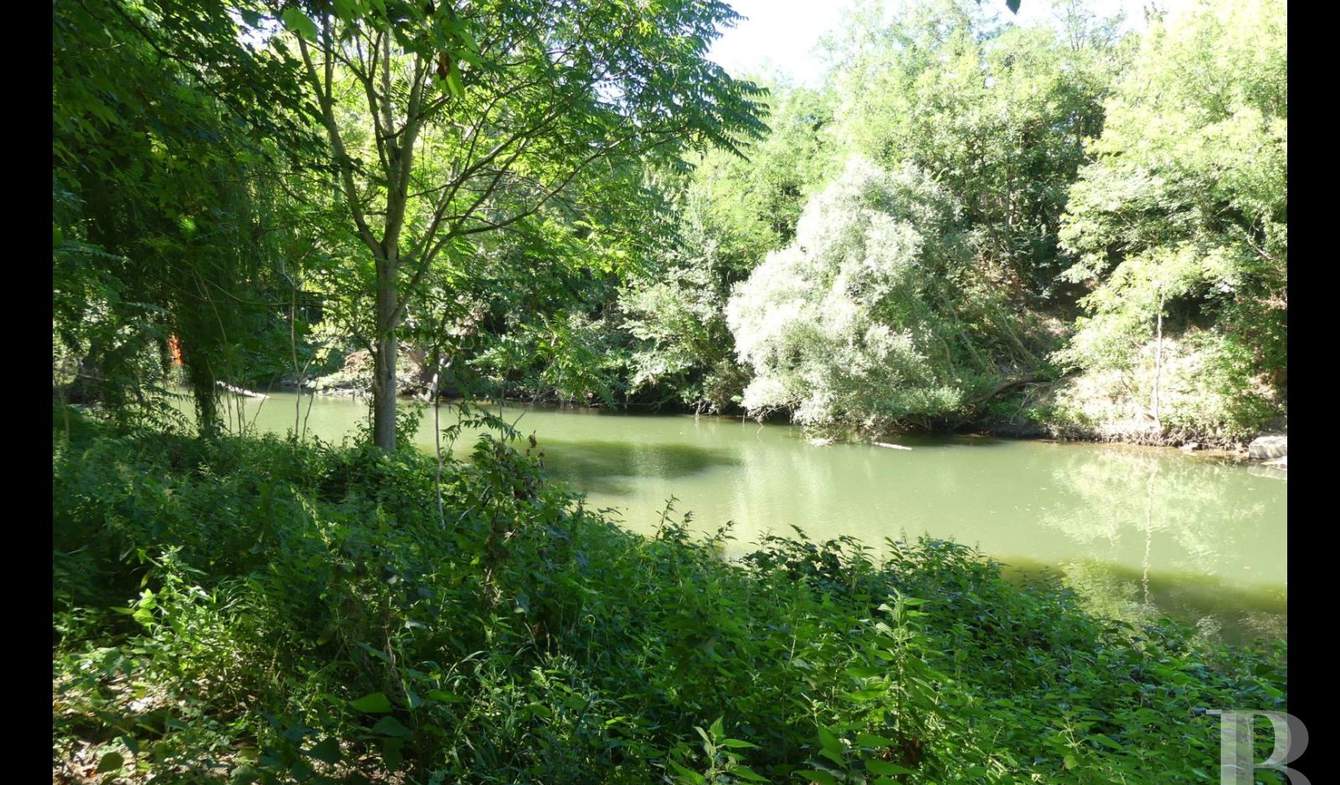