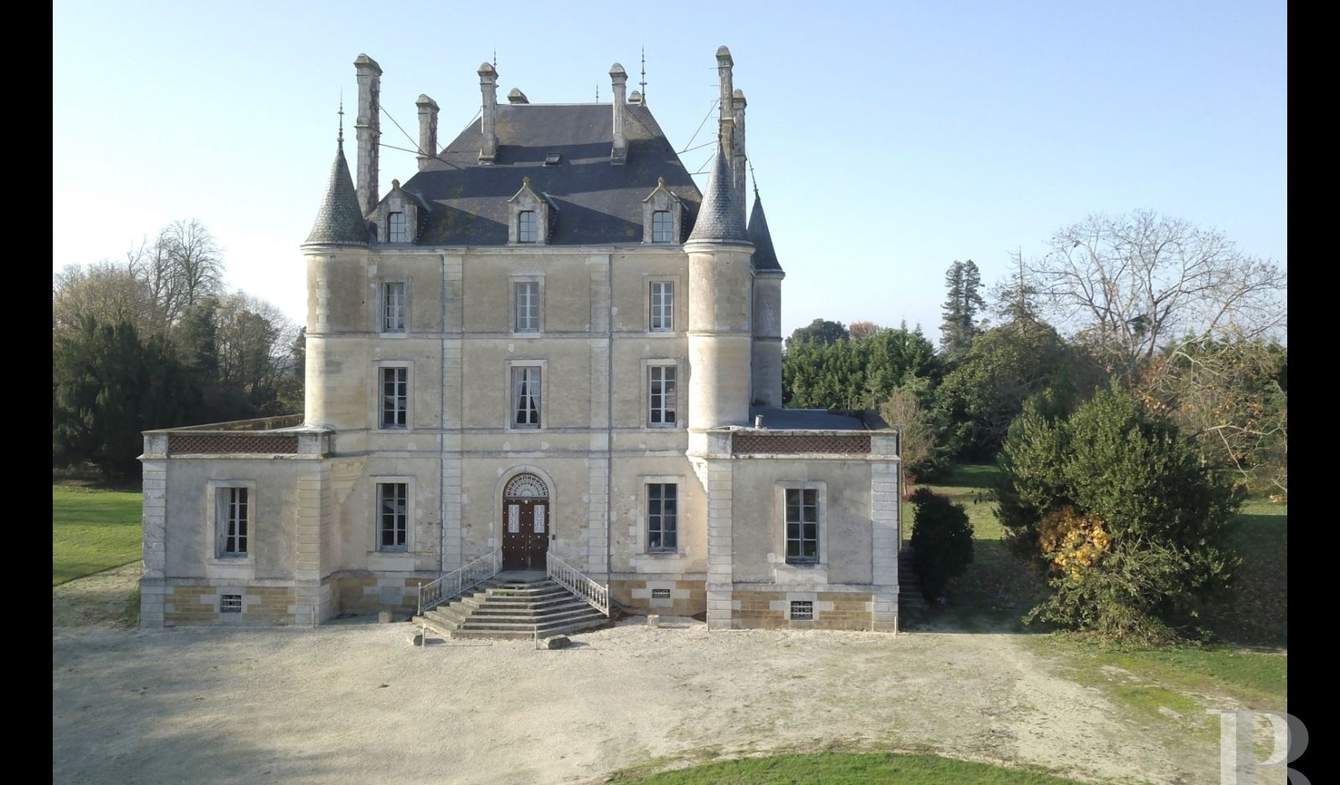 In a very old town to the east of the French department of Vendée, a 19th century chateau with outbuildings and parklands.This chateau is to the south of the Vendée’s undulating countryside, featuring irregular-shaped fields separated by hedges and ditches, crossed by numerous streams and is near to vineyards. La-Roche-sur-Yon, Les-Herbiers and La-Châtaigneraie are easily reached via the main roads. The nearby Chantonnay TER train station provides links to Tours, Saumur and even the beaches of Les-Sables-d'Olonne. The Puy-du-Fou historical theme park is but a 25-minute drive away.The little historic commune, the commerce of which was renowned as far as Spain in the 15th century, benefits from its proximity to Chantonnay for shops and amenities. The Viscount of Thouars had a castle built here in the 12th century, but only the tower is still in existence. Enclosed by a stone wall, the current building is surrounded by outbuildings comprising an orangery, guest pavilions and the old stables. This property has two main entrances. One opens on to one of the oldest streets in the town. The other leads from the main courtyard to the entrance porch way.The chateauThis is only one of the property’s buildings. Constructed under the Second Empire, in 1856, it spans approx. 650 m² of living space, a 200 m² basement and 100 m² of attic space awaiting conversion. There are ten bedrooms. The central section, spanning four levels over cellars, is flanked by two symmetrical, single-storey buildings, constructed outside the fabric of the carcass. Four turrets, with corbelling, elegantly enhance each corner of the masonry with their candlesnuffer roofs and their finials. The carcass is constructed from granite, dressed stone and quarry stone blocks. The traditional roofing framework, redone in 1990, is covered with natural slate. There are but few renovation works to be scheduled.Ground floorThis chateau is entered via a granite porch way and a vast main hall, with two impressive columns, where family, friends and guests can be welcomed. Its 4 m high ceiling makes residents feel small. The floor is composed of Burgundy stone and slate. It precedes a long corridor that crosses the entire building. Floor-to-ceiling panelling conceals several storage areas. Said corridor provides access, right, to the utility areas comprising a large, semi-professional kitchen, notably fitted with an old “potager” (a secondary hearth where soups and other previously prepared dishes were cooked on embers), a bread oven and a fireplace. All these are original features. Adjoining this room is a storeroom, on one side, and a laundry room, on the other, with a door leading to the basement. A corridor, facing the kitchen, provides access to a landing with two separate toilets, an office and a meal preparation room which communicates with the large, main lounge. This room is outstanding not only because of its carved, oak wood panelling, but also because of its fireplace and wide trumeau. Three tall windows, drawing the eye towards the outside, provide a magnificent view of the parklands. Once the meal is finished, guests can continue their discussion in the smoking room or in the second lounge. All the ground floor rooms still have their original parquet flooring. These large rooms, with 4 m high ceilings and numerous fireplaces, exude a warm atmosphere. The first and second floors are reached via the exceptional main stairway. A back stairway provides access to the third floor.First floorThe vast, solid wood landing provides access to a first bedroom, with storage areas and a toilet, with a wash-hand basin. A corridor, with tall wooden cupboards, goes from the landing to two adjoining bedrooms, with fireplaces and washing areas. These are followed by a third bedroom, with its own bathroom, as well as the …

Located in Rives-de-l'Yon, this 290 m2 house is accompanied by a 550 m2 outbuilding, all on a magnificent 6.5 hectare plot of land. Former workshop and cycle store, this property, by...

In the heart of La Chaume, in Les Sables d'Olonne, near the market and the Arundel Tower dating from the 13th century, this house develops 180 m² of living space on a plot of 240 m². ...

In the heart of a residential area between ocean and forest, this architect-designed house of 245 m² offers high-end services. Tradition and modernity come together in this house which... 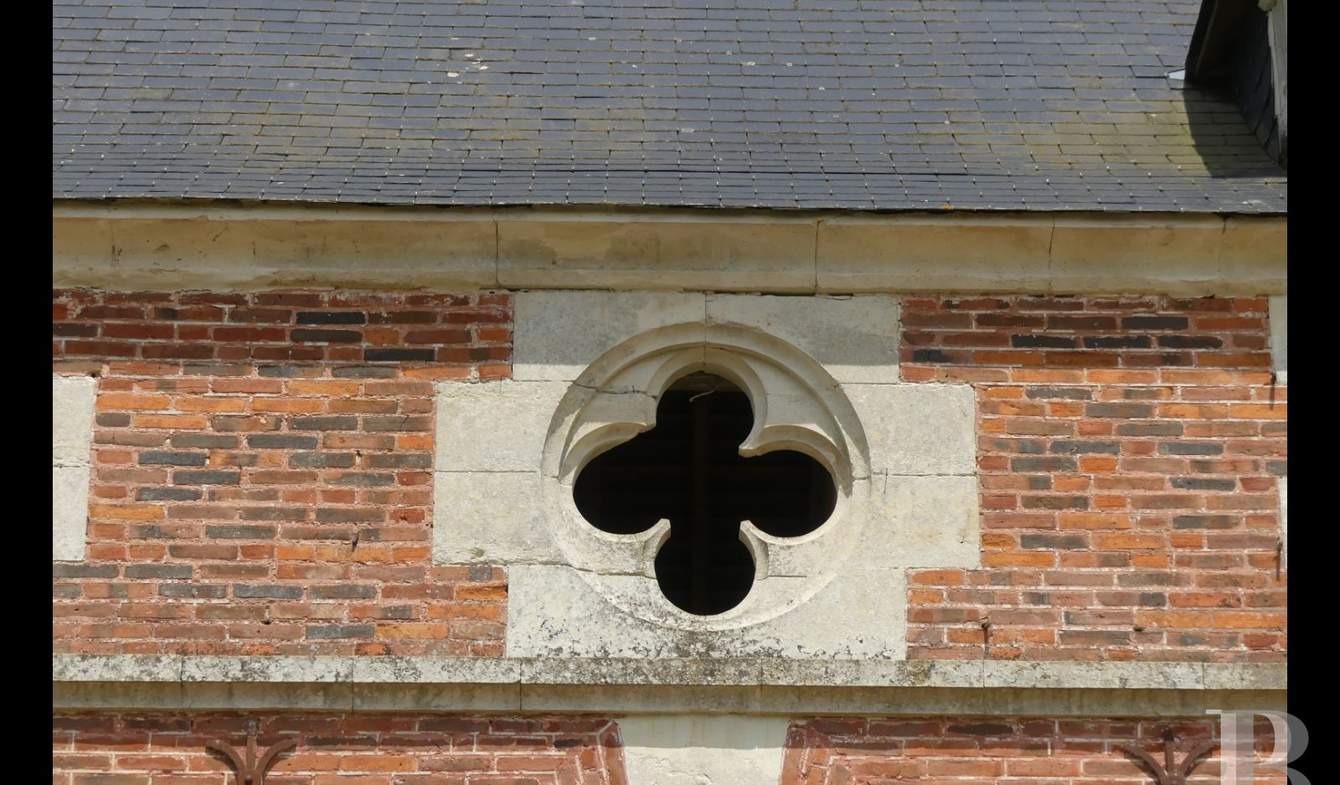