A luminous, 19th century chateau and its outbuildings in 9 ha of parklands, with woods and a river, near Poitiers.This property, on the ancestral lands of the lords of Poitou, well protected by its wood, is just a 10-minute walk from a picturesque village with a Romanesque church and a few shops. 4 hours from Paris by road, with a motorway slip-road 20 minutes away, or a 65-minute journey via TGV train from Poitiers station. Poitiers-Biard airport, 30 minutes away, has regular flights to the British Isles. Just over 100 km from La Rochelle and the Atlantic beaches.This 9 ha estate is accessed via a narrow lane, leading up to the property from the village. A long driveway bordered by oak and ash trees leads to the property's entrance with its majestic wrought iron gates. Visitors go along a second, driveway, this one shaded by lime trees, which leads into the main courtyard, created by the chateau and its two wings.Not far from the chateau is a large building which houses the caretaker's accommodation, the former stables, a tack room, loose boxes and a garage. A little way away to the west are miscellaneous farm buildings comprising barns, an orangery, a gardener's cottage and, in a walled garden, an attractive rounded greenhouse backing on to a wall.The chateau is surrounded by parklands, the vast lawn of which is dotted here and there with tall trees including cedar, sequoia, magnolia and oak (one of which is an amazing size) trees, as well as a Mahlab or St Lucy's cherry tree and an araucaria or monkey puzzle tree.Further away, a wood shades the slope leading down to the river that runs alongside the property.The chateauBuilt in the 19th century on the foundations of a medieval castle, this U-shaped building, spanning approx. 700 m² without the attic space, opens on to the courtyard on the north side. To the south, the wide facade dominates the parklands below it. The chateau has the classical shape of a building dating from this era, but the numerous windows that let copious amounts of daylight into the building are much rarer.Ground floorVisitors can access the chateau via the main courtyard through three different entrances; one is in the middle and there is one in each wing.The main, central entrance features tall French windows that open into a vast entrance hall. Identical French windows opposite them provide a mirror effect on the south side and enable visitors to go down wide steps as far as the parklands. The floor is laid with classical mosaic tiles, bordered by a double helix pattern. Above, a coffered ceiling frames painted canvases.On the right-hand side of the entrance, double doors open into the dining room. The room is enhanced with painted wainscoting, whilst the overdoors and the fireplace are adorned with sculpted features. The room is made extremely stylish by its high ceiling. The herringbone pattern oak wood parquet flooring is in a good state of repair. To the left of the hall, three tall archways separate the entrance hall from the area used as a large lounge. The atmosphere is both airy and luminous as a result of the room's double aspect and its almost 4 m high ceiling. The simple elegance of its strip pattern parquet flooring contrasts with the large coffers in the ceiling painted with arabesques, one of which contains the coats-of-arms of the first master of the premises. A large neo-renaissance fireplace takes pride of place at the end of the room. Two doors lead from the large lounge to a music room in the east corner of the chateau. Here, luminosity reigns once again courtesy of the tall south and east facing windows. It has herringbone pattern parquet flooring and a painted French ceiling. The walls are lined with wallpaper.In the east wing, near to the entrance hall and next to the music room, the library-study is also steeped in ...

Listings similar to this castle, Poitiers (86)

Ref.2554 : Beautiful chateau from early 19th century for sale near Poitiers. This property for sale is located in the Vienne department near the city of Poitiers (motorway, TGV) in the...

At 40 km from Poitiers and the A10, property of 108 ha in two adjoining parts in kind of woods, meadows and moors with 2 ponds. Enclosure hunting 91 acres fenced to 2 m high. Mansion of...

18th century Manor with 100ha of free land 1hour South of Poitiers and 3h30 from Paris, in a nice and preserved countryside, lovely property including a 18th century small castle to be...

19h century Castle + cottage on 6 Ha closed park 30 Km from Paris and 130Km from Poitiers, near Châtellerault and A10 motoway, in a lovely setting, 19th century castle and its recently... 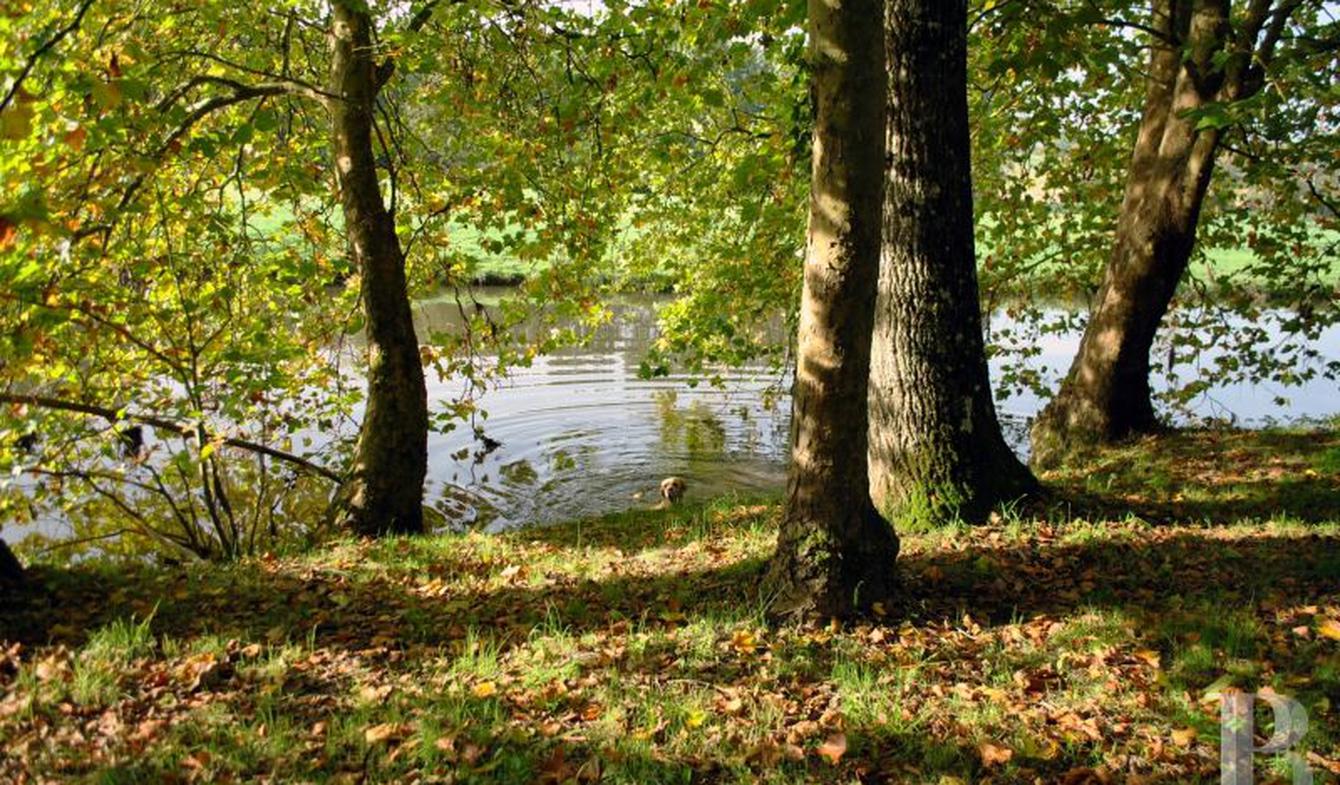