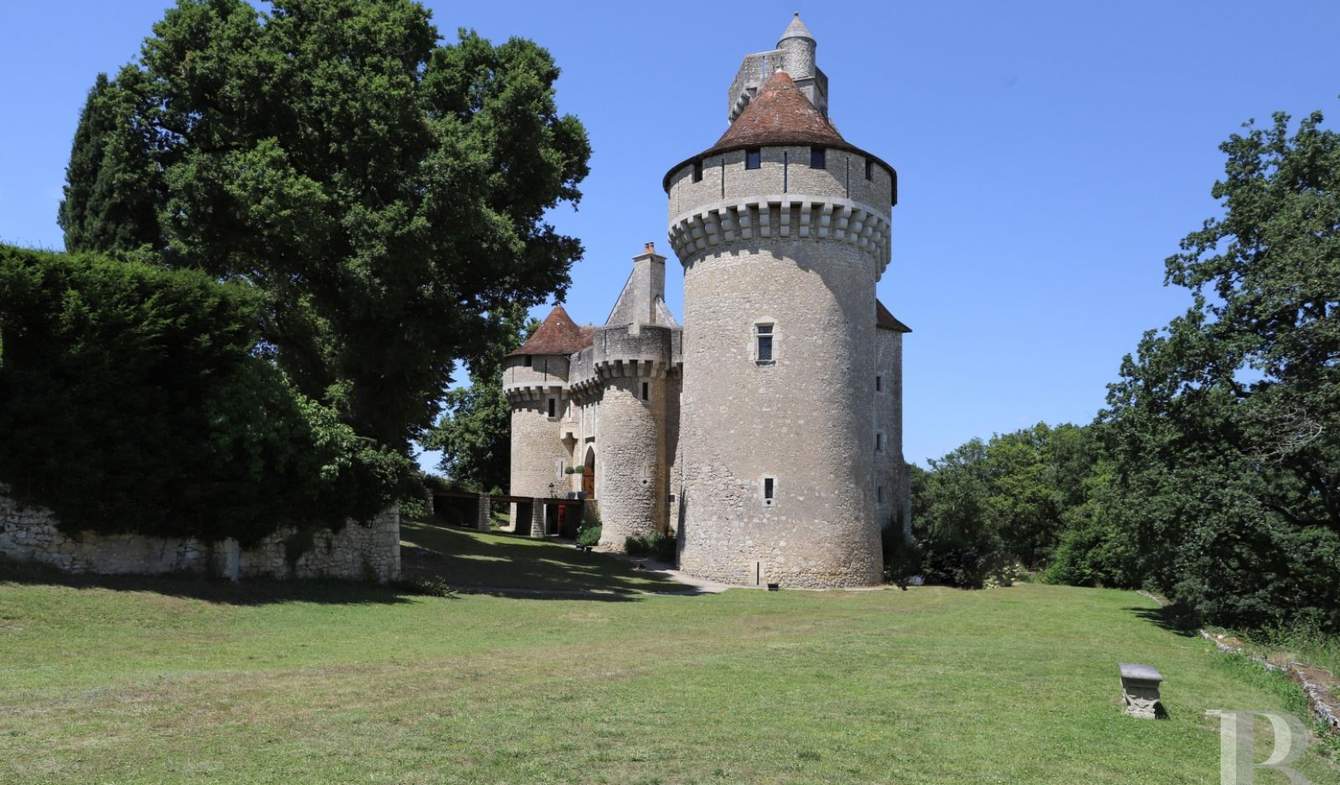 A medieval castle, with three guest houses, a swimming pool, outbuildings and 4.5 ha of parklands, dominating the river Creuse.Where the borders of the French departments of Indre and Vienne meet, near to two market towns with all shops and amenities, looking out over the Creuse, a river that meanders gently down from the Plateau-de-Millevaches, bringing with it the memory of Aubusson and its tapestries, Guéret’s giant maze and the beneficial effects of La-Roche-Posay, prior reaching Descartes and flowing into the arms of the river Vienne. Bocage countryside and meadows begin to define the landscapes of the Brenne Regional Nature Park.Defending a meander of the river Creuse from its dominant but discreet position, this castle remains invisible from the road below and that of the plateau. Visitors have to travel along a lane, a kilometre long, before the castle roofs finally come into view. Reached first, the guest houses and the outbuildings form a sort of screen, giving a glimpse of the castle. A gothic style gate provides access to two initial terraces delimiting the garden, whilst the castle stands on a third.The castleThe history of this castle, partially renovated in 1918 in keeping with its character, dates back to the 11th century, numerous vestiges of which are still to be found. Although originally flanked by six towers, only one is still standing. The keep, encircled by machicolation and topped with a candlesnuffer roof, adjoins a tower crowned with battlements. A wooden footbridge leads to the castle entrance which is marked by the site of the old drawbridge and set in a facade with a tower topped with a candlesnuffer roof, machicolation and battlements. Two terraces on different levels provide a vista over the surrounding countryside. This property has undergone a second, recent set of renovation works, providing it with modern-day home comforts. It is sold furnished, with the exception of its small armchairs and its works of art.Ground floorA glazed door opens into a room in use as a lounge and another smaller lounge. A back stairway goes down to a kitchen and up to a bedroom. A modestly-sized stairway goes down from the lounge to a first bedroom, whilst another, more impressive stairway leads to another five bedrooms. The floor is covered with cement tiles, some featuring medieval motifs. Similar tiles are to be found in all the rooms, except for four of the bedrooms which have parquet flooring. Exposed ceiling joists enhance all the bedrooms, which also have transparent, leaded light windows, letting in copious amounts of light. All the bathrooms have their own window.Garden levelThe kitchen, housing a little spiral stairway going to a bedroom with a bathroom and toilet, opens on to the garden. An adjoining dining room also opens on to the garden. An entrance hall provides access to the dining room, a corridor and a toilet. A stone stairway leads to a cellar and a laundry room.First floorA landing provides access to two bedrooms, one of which has a shower room with a toilet, and the other has a shower room and a separate toilet. One of these bedrooms also has a rounded fireplace.Second floorA bedroom with a bathroom, fitted with a shower and a toilet. The bedroom has parquet flooring, whilst the bathroom is laid with cement tiles. Transparent, leaded light windows make the rooms luminous.Third floorThe sixth and last bedroom also has its own shower room and toilet as well as transparent, leaded light windows. The ceiling is 3.30 m high. Floors are covered with parquet flooring and cement tiles.Fourth floorA large room on the top floor is laid out watch-tower, adjoining the wall-walk, and therefore has a wonderful vista over the surrounding countryside. Exposed stone and parquet flooring are the only decorative …

Listings similar to this castle, Chatellerault

In the department of Vienne (86), very close to the town centre of Poitiers, authentic 19th century chateau (15th century origins) of about 2000m² of living space surronded by a property...

19h century Castle + cottage on 6 Ha closed park 30 Km from Paris and 130Km from Poitiers, near Châtellerault and A10 motoway, in a lovely setting, 19th century castle and its recently... 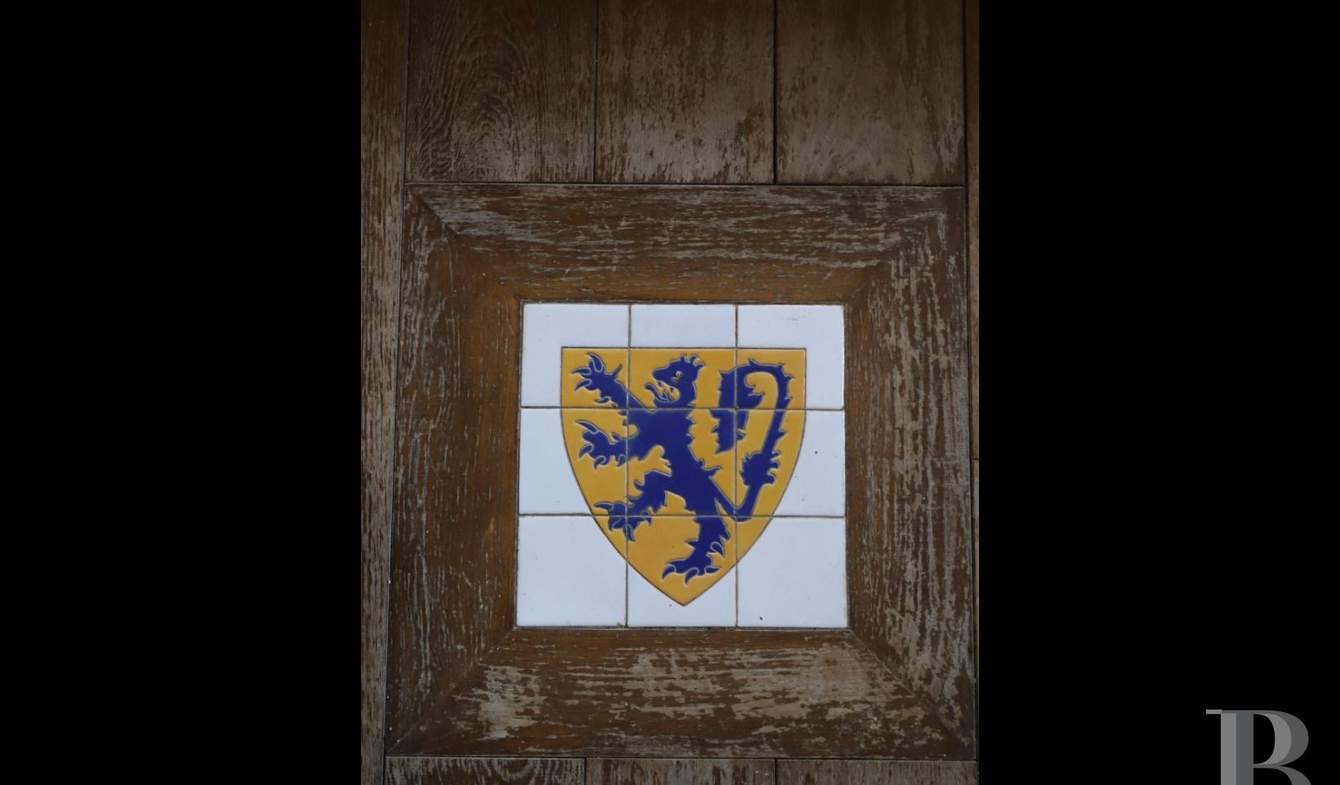