Where the Upper Cornouaille and Trégor regions meet, near a lake, a 17th century farm, with almost 50 ha of woods and grasslands.This property nestles in a verdant setting of almost 50 continuous hectares. The old 17th century farmhouse and its outbuildings are reached via a little, private, tarmacked, no-through road. The nearest neighbour is quite distant. The land extends westwards as far as a lake. Spanning more than 10 hectares, the latter is used as a watering-hole by numerous wild animals. It is also a resting place for various species of birds. These natural surroundings have been completely preserved for decades.The farm comprises several buildings, one of which was used as a house. All of the buildings, partially in a state of ruin, are laid out around a rectangular area, the middle of which abounds in greenery sheltered from the wind. A nearby well supplies the house with water. Three vast farm sheds, one of which is concealed by vegetation, stand at a distance from the house. These could be used for storing farm machinery and equipment or for raising animals. These farm buildings are on the edge of almost 50 hectares, belonging to the property; land which alternates between woods, grasslands, a valley and access paths as well as the banks of the lake. The land’s west-south-west border is delimited by a virtually impassable barrier, that of the lake.All the buildingsThese premises were originally divided into two farms which now form a single property. One of the old farmhouses was long used as a pied-à-terre for the actual owners to come and recharge their batteries in the natural surroundings. This house is now essentially used as a hunting lodge. The latter comprises a vast living room on the ground floor, with a large granite fireplace. The upstairs, renovated and transformed into bedrooms and a bathroom long ago, now awaits rehabilitation. An unusual feature of the hunting lodge comprises three animal sculptures set above the entrance door. It is possible to make out a snake with the engraved year 1858. The other two appear somewhat more fantastical, even if stork is written under one of them. Storks in Brittany? Set on either side of the straight lintel like two gargoyles, they appear to be keeping guard. The history and origin of these sculptures have not come down through the ages. Some of the outbuildings are weathertight and are closed by doors, whilst others are in varying states of ruin. Large dressed stone blocks can be glimpsed through the facing on certain walls.The landThe land stretches as far as the banks on the east side of the vast lake. Extensive, verdant grasslands, evoking very old farmland, alternate with forest tracts of varying ages. Three springs and an old wash-house await rehabilitation.The lakeAlthough all of its east banks delimit the borders of the property on the land registry, this lake does not belong to the property. Home to carp and carnivorous fish, it is renowned for its fishing and the success to be had when using live bait. Roe deer, wild boar, stag and hind as well as other mammals come to slake their thirst on the banks of this lake. Two species in particular can be observed: the Eurasian otter and the common snipe. Numerous sea birds stopover on the lake, as do some cormorants standing on their rocks. Larks, ducks, herons, chaffinches, jays, wagtails, blue tits and woodcocks are but some of the many species observed on and around the lake. In addition to plants such as willowherb, goosegrass and other European forget-me-nots, many rare species have been noted. Nature is present here in all of its bounteous excess.

For nature lovers, come and discover this beautiful building of character in a real green setting, quietly sheltered from view. It has been renovated in harmony with nature on an 18,800...

A pretty charming house arranged as a family home in the heart of the historic Lamballe district near the famous Notre Dame collegiate church. Charm, brightness, beautiful volumes are...

Sea et countryside setting. Fine and protected natural environment, land of 3 hectares, close to the sea and sheltered from any nuisance. The cottage of about 115 m² offers a living room... 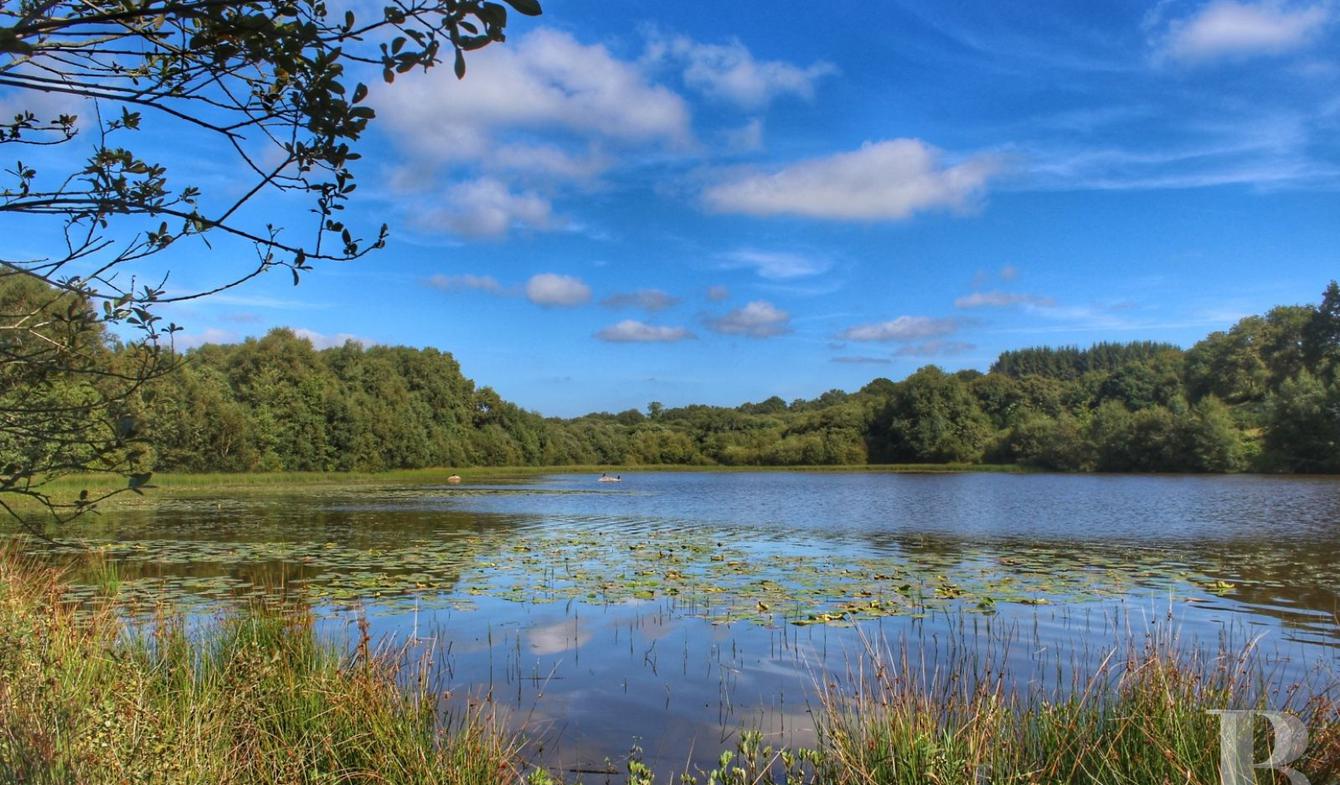