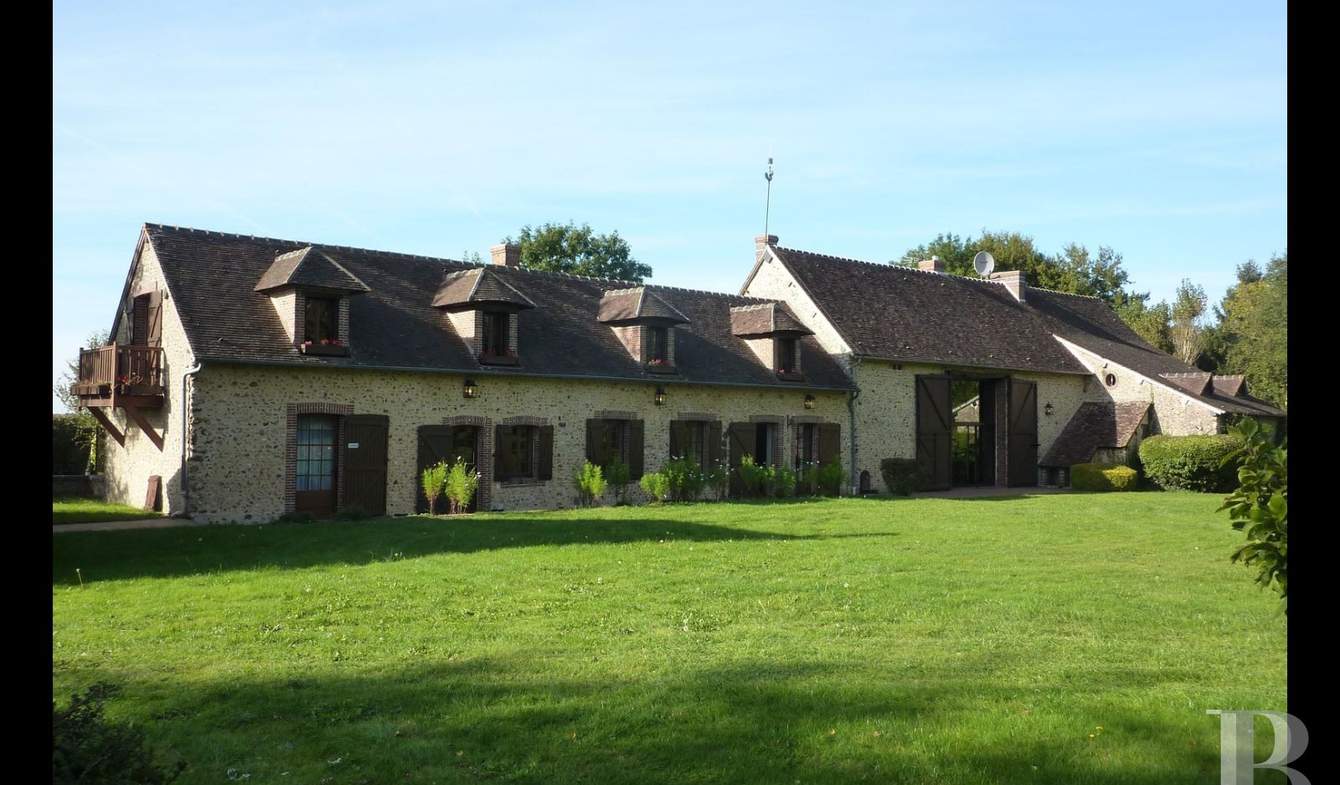 A renovated, 18th century farm, with 1.1 ha, 120 km from Paris on the edge of Perche Regional Nature Park.On the borders of the French departments of Eure and Eure-et-Loir, this property is in the Perche region, known for its low, verdant hills, its forests and its secret lakes. The town of La-Ferté-Vidame, with the grandiose ruins of the Marquis-de-Laborde’s castle, where the Duke of Saint-Simon wrote the greater part of his work, is but a stone’s throw away. It has shops and amenities. Verneuil-sur-Avre, another historic town 11 km away to the east, built up by the Duke of Normandy, stands out because of its 18th century mansion houses, its half-timbered houses and its churches. A bustling, shopping town (with several state and private schools including the renowned École-des-Roches), its train station provides links to Paris-Montparnasse taking an hour. Paris is 120 km away via the N12 and Chartres is 50 km away.This farm stands in a hamlet with 129 inhabitants. With its flint walls, its roofs covered with brown tiles and brick window surrounds, it is typical of the Perche region. The entrance is discreet with a private grassy parking area preceding the gates on the side of the little road going through the hamlet. Once past the gates, visitors are faced with the main building, its flint facade bordered by a large lawn, as well as an old taller and adjoining barn, with its large carriage doors. An old bread oven is on the other side. The old barn is set back amongst the trees.The main houseGround floorThe large carriage doors, whose opening has been preserved and glazed from floor-to-ceiling, provide access to a large hall, the ridge height of which has made it possible to include an oak wood mezzanine, reached via an oak wood, quarter-turning stairway. Opposite these doors, a French window provides access to a back terrace. On the right-hand side of the hall is a games or billiard room, with its fireplace and a French window opening out on to the garden. The hall also leads to a linen room and a boiler room. On the left-hand side of this hall is a lounge, with exposed beams, a fireplace and terracotta floor tiles. It precedes a large lounge-dining room, with a fireplace. The dining room provides access to a fitted kitchen and to a back kitchen. Following on from the lounge and also reached via a second entrance hall are two bedrooms, one with a shower room and toilet and, the other, with a private bathroom and toilet. The second entrance hall houses another stairway going up to the first floor. A toilet has been installed under these stairs.First floorUpstairs, reached via the main stairway, a mezzanine provides access to a bedroom and the main bedroom, with a fireplace, a private bathroom, a toilet, a kitchen area and an adjoining room, with a sloping ceiling, that could be used as a study or a spare bedroom. The second stairway provides access to a lounge, a bedroom with a balcony, another bedroom, a bathroom and a toilet.StableAdjoining the farm building, an old cowshed with its trough is currently used for storing bicycles. It is followed by a cellar. With a packed mud floor, it is lined with brick shelves and has a temperature control as well as a secure door.Guest houseSeparated by several metres from the main building by a little garden, the old bread oven has been converted to include a bedroom, with a fireplace, a dressing room, a bathroom and a toilet. An old-fashioned veranda extends the house and looks out over the vegetable garden and the orchard, enclosed by a low wall.The outbuildingThis building, a short distance away, comprises accommodation for a caretaker, with a living room, two bedrooms, a bathroom and a toilet; a garage; a covered area with a stairway going …

A few minutes from the city center of Chartres and its train station and less than an hour from Paris center, we offer a property of 10 000 m² in a green, calm and serene, overlooking...

By PRESTIGE BY ARTHURIMMO.COM PERPIGNAN

All the charm of the old, combined with modern comfort. This former annex of a castle offers a particularly comfortable and warm living environment. The house has approximately 340 m2...

Between Epernon, Nogent le Roi and Maintenon, near golf and SNCF train station for Paris Montparnasse in 45 minutes, vast old property on a plot of about 6,700 sqm out of sight Entrance,... 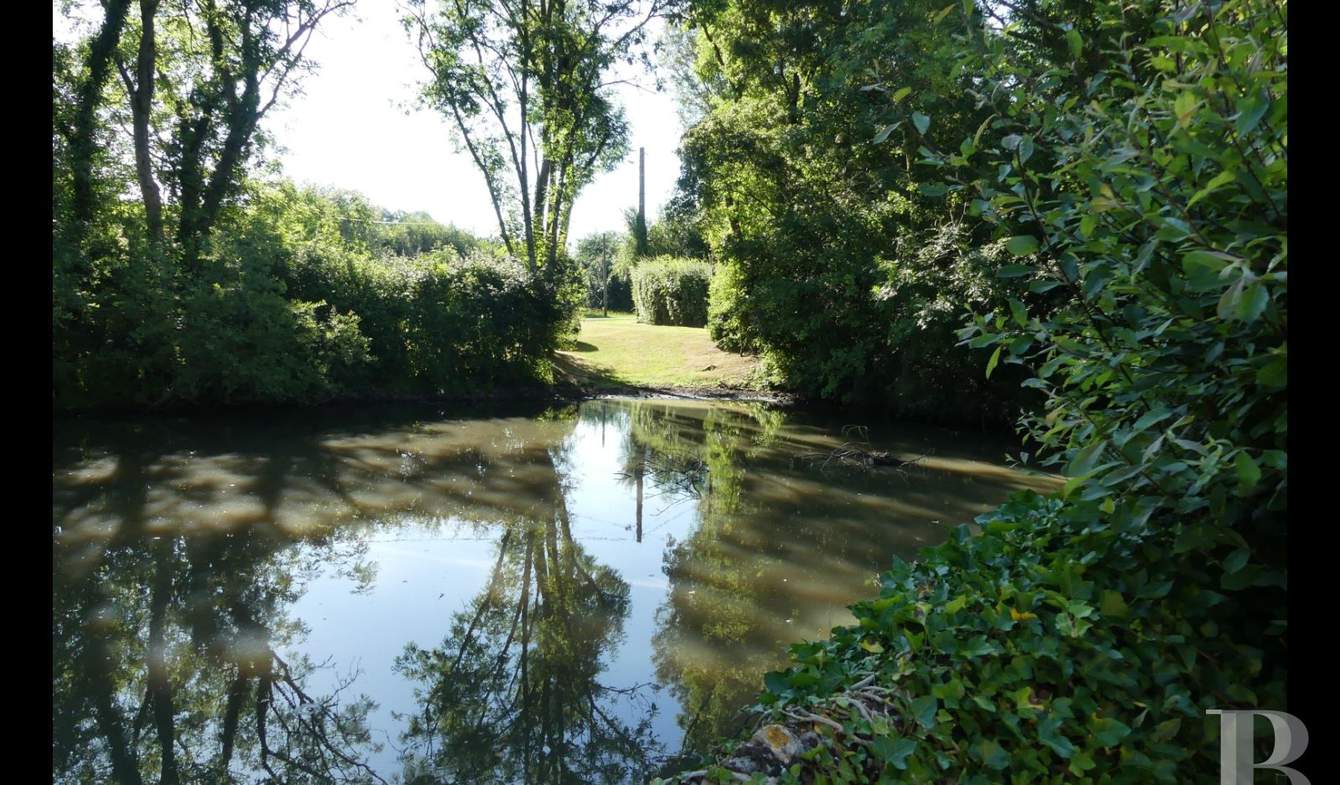