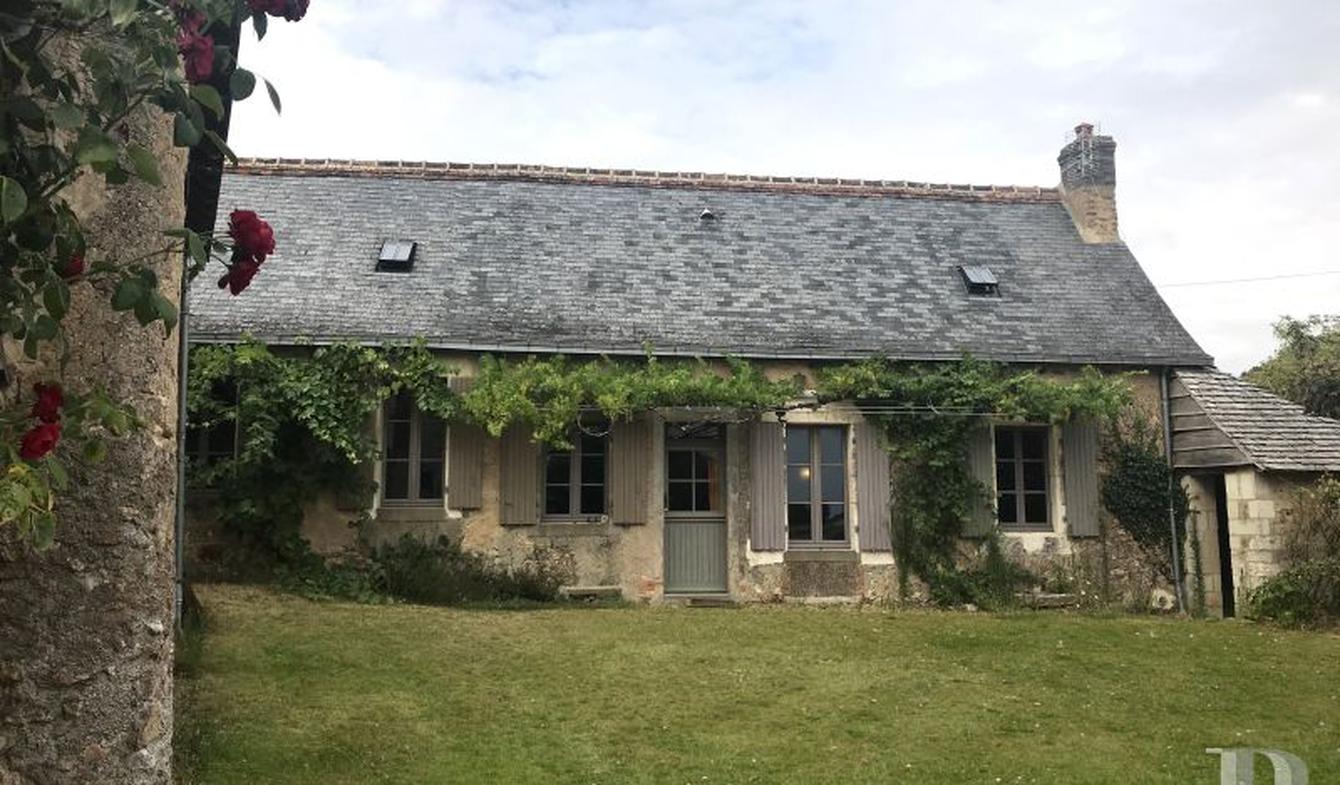 A renovated, 18th century farm, with just under 1 ha, next to a national forest in the Loir Valley.On the borders of the French provinces of Maine and Touraine. In the middle of an urban triangle, Le-Mans (40 km), Tours (60 km) and Vendôme (50 km). Tours-Val-de-Loire airport is 50 km away. Motorways from these towns include interchanges for the A10 Paris/ Bordeaux, the A11 Paris/ Le-Mans via the A28 Rouen/Tours to the Parigné-l'Evêque exit twenty or so kilometres away. Le-Mans and Vendôme have TGV train stations with links to Paris, respectively taking 55 and 45 minutes.The Loir Valley is a small vine-growing and tourist region located 60 km to the north of the Loire Valley. The mild climate, the soil and the vine varieties encourage the production of wines such as Coteaux-du-Loir (with an AOC appellation since 1948) and Jasnières (with AOC appellation since 1937). Bercé Forest is within walking distance of the house. This national forest spans more than 5,000 hectares. A royal forest in the 14th century, it is renowned for its top quality oak plantations. Activities include hiking, mountain biking, horse riding and mushroom picking; mating cries of stags guaranteed!The surrounding villages are less than 5 km away. They provide basic necessities, a health centre, schools and restaurants with a good reputation. Several little towns, ten or so kilometres away, have markets, supermarkets, secondary schools, cultural and sports centres as well as second-hand shops.This old farm is perched on a hilltop, amidst grasslands and undulating countryside, very near to the forest. Twenty years ago it was nothing but ruins. Comprising several buildings, it is laid out on either side of an old country lane, no longer in use, which leads to the property gates. The south facade, first to appear, has a wonderful view. Wild, open gardens alternating with outbuildings form the first section of this property. The farm, an adjoining outbuilding set at right angles and chestnut wood barriers enclose the rear, keeping the property private. The former sculleries, on the west side and following on from the house, have been transformed into storage areas. They precede land enclosed by thick hedges and divided into three areas. On the side, a meadow with superb trees below which residents can be tempted to sleep under the stars on hot summer nights or to make a campfire on a stretch of land, laid out especially for this purpose. The swimming pool area then comes into view. Concealed behind the vegetation, to the rear of the house, it is enclosed by wooden slatted fencing, amongst other things. The third area comprises a little garden, where permaculture methods are used, at the foot of which is an attractive closed well, constructed from stone. Below the land, level with the house, a wide, wood-lined alleyway, bordered by vegetation, provides direct access from the bedrooms to the swimming pool. An outside eating area is laid out under a loggia that protects residents from the summer sun. Exuding a preserved, authentic character, all the buildings have been renovated by local craftsmen using traditional materials.The main residenceThis north-south facing, rectangular house spans two levels, topped with a slate roof. Its exposed quarry stone block and lime rendered walls have openings framed with freestone. Other features include double-glazed windows, with

A 16th century residence, with equestrian facilities, outbuildings and some 6 ha of bocage grasslands, near Le-Mans 200 km from Paris. On the periphery of Le-Mans, 10 km from a slip...

In the north of the province of Anjou, an unspoilt 27 ha complex with pastures and lakes, professional horse riding facilities less than ten years old and two country houses. The...

150 km from Paris, in the center of stud farms and the European horse pole, beautiful house of 4 ha crossed by 2 rivers with pool unique in France. A main house of 390 m2 composed of 11... 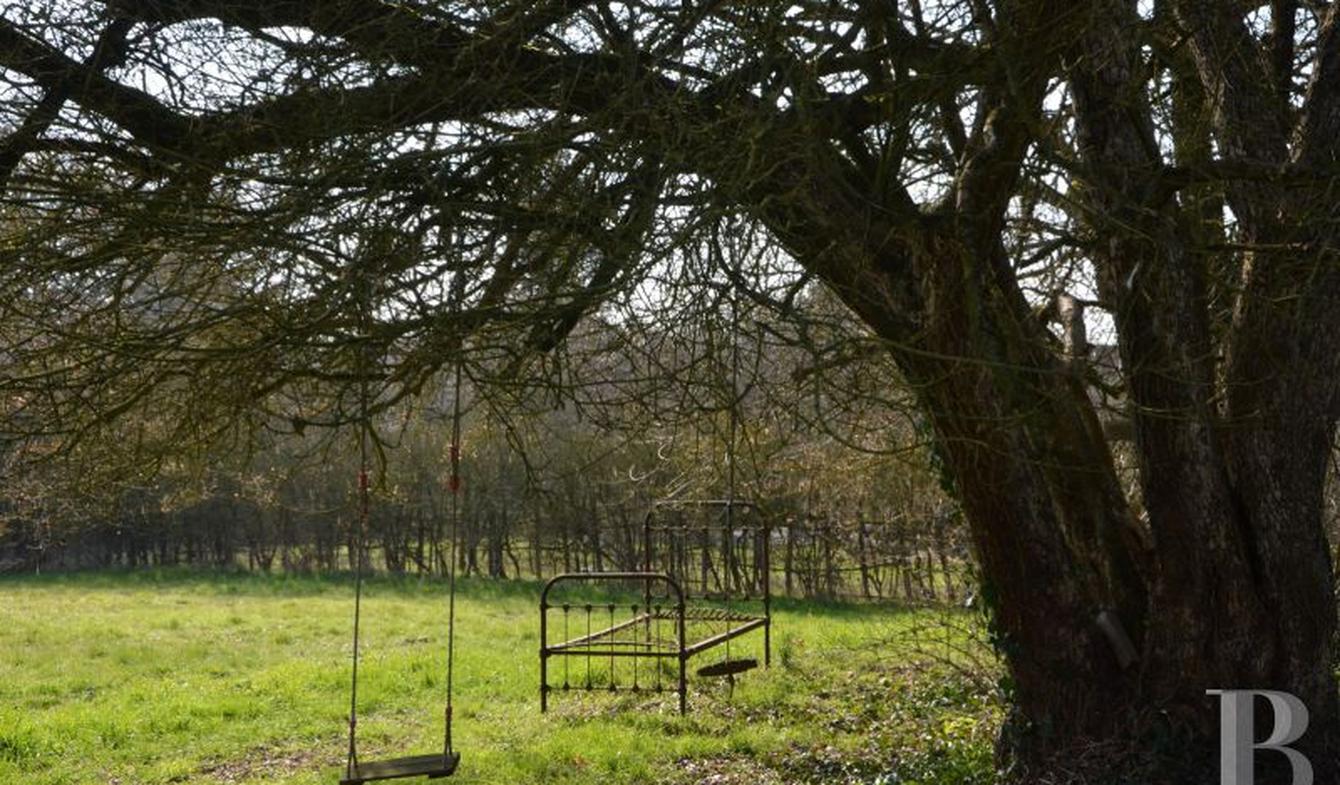