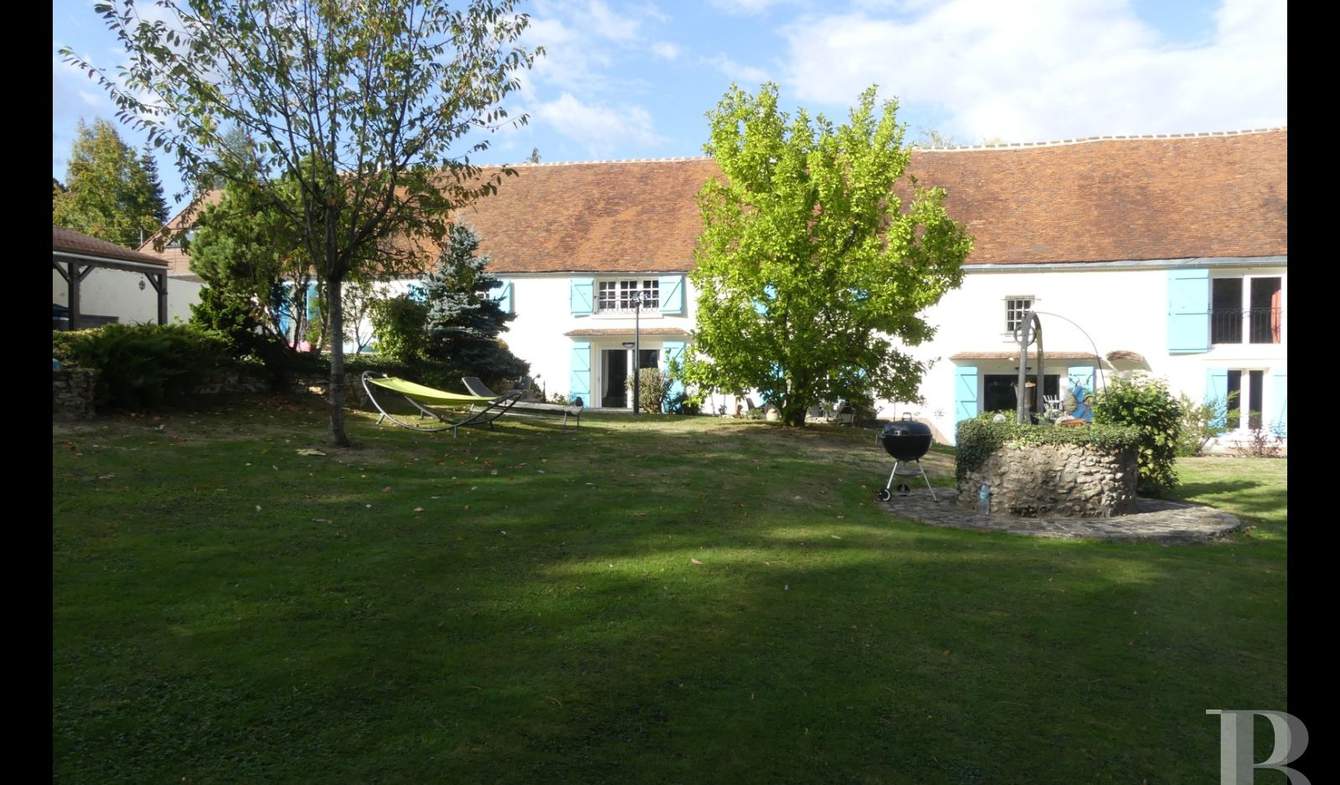 An old, renovated sheepfold, now a welcoming family home, in a still authentic village near to Chessy TGV train station.This property is exactly 60 km from Paris, reached via the A4 motorway, followed by 10 km on a secondary road. Chessy-Marne-la-Vallée TGV train station is 19 km away, Faremoutiers is 2 km away (trains for Paris-Gare-de-l'Est). The nearest town is Coulommiers, 6 km away, which has everything. A popular hiking trail is in the immediate vicinity.This L-shaped house, typical of the Brie region, stands in a little more than 6,000 m² of land in a green belt area. It is set between a walled courtyard and verdant, landscaped parklands, enhanced with a 6x12 m, heated swimming pool and a covered area in use as a pool-house. The dwelling is protected by a roof, covered with flat local tiles, which has been regularly maintained. The millstone grit facades were rendered in the summer of 2018. The building is semi-detached.The traditional residence typical of the Brie regionThe outside of this house, set between courtyard and garden, appears classical with its white rendering covering the millstone grit, all enhanced with blue woodwork. The fairly steep roof gives away the original sheepfold vocation of the construction. Apart from a small section at right angles, on the courtyard side facing the parklands, this traditional house, typical of the Brie area, is set out longwise. Although semi-detached, the adjoining house is lower and can hardly be seen.A second entrance (on the short side of the “L”) makes it possible to envisage a separate entrance for a guest bedroom, or an office for someone seeking to work from home.Ground floorThe entrance hall, with its marble floor, is made bigger by a mezzanine. Straight on, a study is made welcoming by its exposed ceiling beams and joists. A dining room also has exposed beams as well as terracotta floor tiles. A picture window illuminates the room. A few steps provide access to a double lounge, a section of which has an old bread oven. The ceiling features exposed beams and the room is bright courtesy of its picture window. The floor is covered with old terracotta tiles. A second stairway goes up to the mezzanine. A second entrance hall, formerly a kitchen, has a floor decorated with old, square terracotta tiles whilst the kitchen has old, two-tone cream and brick terracotta tiles. The back kitchen, a storage area, a toilet, the boiler room, a tiled laundry room, two garages and the machinery for the swimming pool are also on the ground floor.First floorThis level has three separate sections. On one side, a magnificent master suite, with a dressing room, a bathroom with a shower and toilet as well as a spacious bedroom, with chestnut wood parquet flooring.On the other side, reserved for the children, are a little room, used as a spare bedroom, and a second bedroom, both with parquet flooring, a shower room with a toilet, a third bedroom, a fourth bedroom and, on the mezzanine in the first entrance hall, a billiards’ room with a sloping ceiling, strip pattern, oak wood parquet flooring and a games room with a French window opening on to the swimming pool terrace.A large study, a more independent fifth bedroom, with a mezzanine and a shower room, as well as a toilet complete this level.CellarThese comprise two rooms.Second floorThis partial level is only on the short side of the “L”, above the fifth bedroom. It currently houses a 14 m² exercise room.

House with garden and terrace Barbizon (77)

~The doors of the BARBIZON and 9km from FONTAINEBLEAU-Superb charming property 230 m2 hab with very nice benefits including: A lobby entered, , , cellar and boiler room, , reception of... 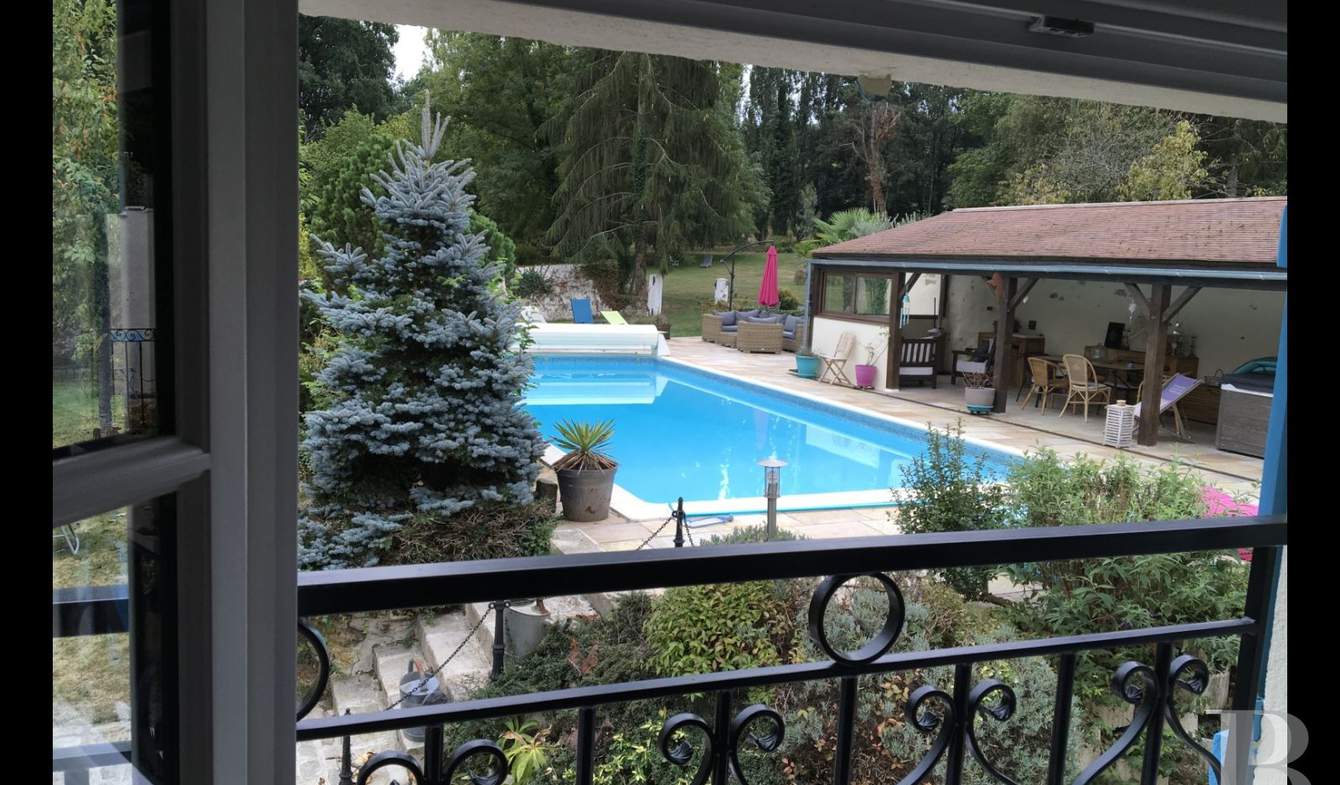