An old property, with two houses, in a highly colourful garden very near to the picturesque, sought-after village of Aix-en-Othe.This property is 140 km from the French capital, 28 from Troyes and 25 from Sens, in countryside sought-after by inhabitants of Troyes (a town with 90-minute rail links to Paris) and all those who know the region. It stands in an attractive hamlet, at a distance from the character-filled village of Aix-en-Othe which has all amenities.Double gates open into a courtyard and parklands, fully enclosed with fencing. Two old houses, dating from 1832, face one another on either side of the courtyard.Both are in a good state of repair. The main residence is an old, fully renovated barn. Constructed from stone as well as black, red and orange bricks filling a half-timbered gable, its roof is covered with local flat tiles. The walls are rendered whilst the roof, with ashlar sloping trusses, features hip roof dormers. The second house (an old dwelling) is constructed from exposed stone. It has brick quoins and a roof, also featuring hip roof dormers, covered with local flat tiles. A green open space is laid out in front of the houses. This verdant haven is planted with lilac, roses, peonies, laurel, raspberries and strawberries as well as apple, pear and plum trees as well as other trees such as oak and blue Douglas, a list that is not exhaustive. A water-filled well and a “quick-surface” tennis court complete the pleasant surroundings.The main houseThis house comprises two levels, excluding the attic which, spanning approx. 25 m², can be reached via a narrow flight of wooden steps.Ground floorThe entrance is on the courtyard side. The gable, on the garden side, is open via a picture window, letting copious amounts of light into the ground floor.A vast living room, with a cathedral ceiling, is divided by an interesting fireplace, set between a lounge and a dining room. The latter is extended by a picture window on to a terrace where a view of the garden makes it quite idyllic. In the entrance hall, on the other side, are a toilet with a wash-hand basin, a cloakroom and a kitchen, enhanced by its terracotta floor tiles as well as its exposed ceiling beams and joists. The walls are tiled. A garage opens on to the street.First floorA suspended walkway that looks down on to the living room connects two bedrooms.One has its own private bathroom, with square terracotta floor tiles. The other has two windows and two bull’s eye windows, making it extremely bright, as well as a brushed aluminium fireplace. It, too, has its own bathroom with terracotta floor tiles. The toilet is separate.The second houseThis very interesting house has the advantage of having as many entrances as it does bedrooms. Even a storage room on the ground floor has its own entrance door.Ground floorA first entrance opens into a good-sized room, ideal for a multitude of purposes. A first bedroom, with parquet flooring, has a bathroom and a separate toilet.First floorA little outside stairway leads exclusively to a second bedroom, with a brick fireplace, a bathroom and toilet. Another stairway provides access to a third bedroom that shares the bathroom and toilet with the previous bedroom.

Listings similar to this house, Troyes 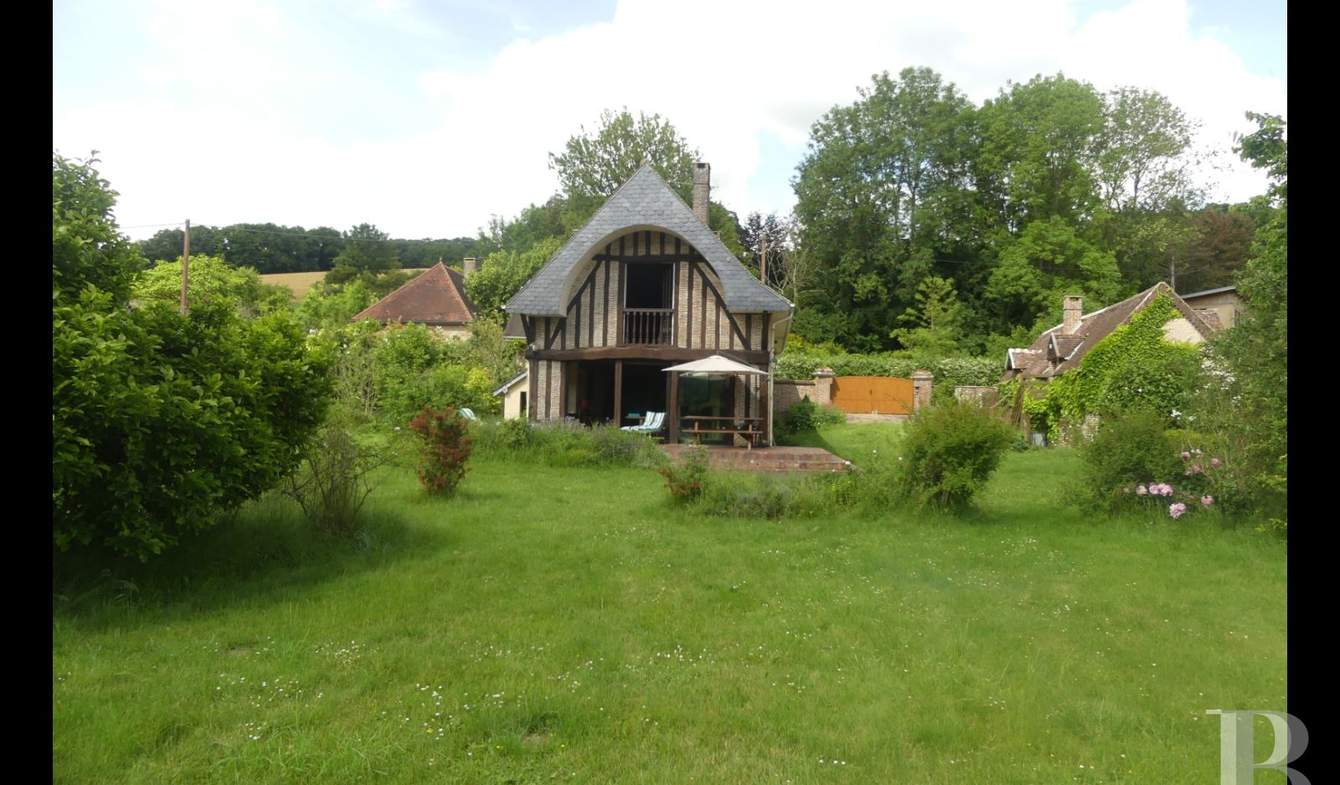