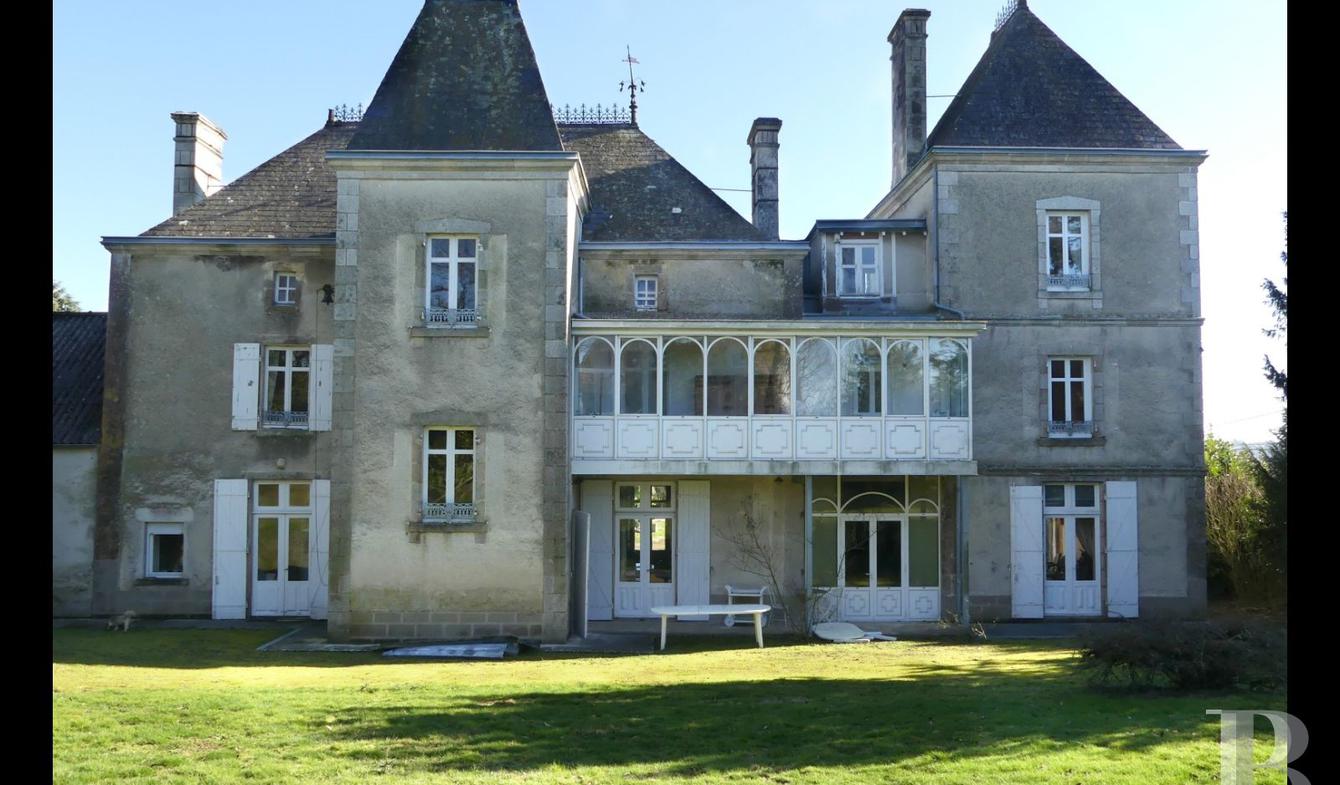 An elegant manor house and three other houses in 5 ha of parklands with the old town of Parthenay as a backdrop.The little town of Parthenay, sub-prefecture of the French department of Deux-Sèvres, in the area around Poitiers, has some 10,000 inhabitants. It is the capital of a natural region known as La-Gâtine, where both land and inhabitants have strong personalities. Heavily undulating countryside, composed of irregular-shaped fields separated by hedges and ditches or of woods, is criss-crossed by quiet roads, on which it is possible to find little known corners of the countryside and vantage points with views stretching for dozens of kilometres around. Water is omnipresent in La-Gâtine where the sources of the river Thouet, which flows into the Loire in Saumur, the river Sèvre-nantaise and the river Vendée are to be found. Parthenaise cattle are raised for their meat, one of the best.This residence is a few kilometres from the historic town, in a sector where meadows are combined with dynamic workshops, without causing any nuisance.Poitiers, its airport and its TGV train station (80-minute links to Paris or Bordeaux) are 50 km away. Niort TGV train station is even nearer. It takes about 90 minutes by car to get to La-Rochelle and the Atlantic Ocean, both of which can also be reached by train via a station, just 30 km from the house.This manor house is constituted by the joining of a tall old hunting pavilion with a 19th century residence, the facade of which features three bays. The resulting asymmetrical 3-storey building is one of the property’s greatest assets. A tower built outside of the fabric, on the rear facade, houses the stairway and an enclosed, protruding gallery has been added between it and the initial hunting lodge on the right-hand side. The ground floor is given over to reception rooms whilst the first and second floors comprise a total of seven bedrooms and three bathrooms.The outbuildings extending the residence, on the right-hand side of the main facade, almost adjoin the biggest of the secondary houses which, with two levels, has no less than four bedrooms and two bathrooms in addition to a kitchen-dining room and a lounge.The second secondary house has its back turned to the first two houses. It is in fact the first one to come into view along the main driveway providing access to the estate. With a kitchen-dining room and three bedrooms, it is also of a good size.And lastly, a pavilion reflecting the style of the manor house, constitutes the third house. On the little-used road, in a corner of the property, it comprises a kitchen-dining room on the ground floor with a bedroom, a study and a bathroom upstairs.The rest of the estate is essentially taken up by extremely majestic parklands, spanning a total of almost 5 ha.The manor houseThe much-appreciated asymmetry of these premises comes from its history. At the beginning, there was but a tall hunting lodge, with three levels separated by modillion moulding and corners marked by smooth rusticated masonry quoins. In the 19th century, a superb residence, featuring three bays, was constructed a few metres to the right of the lodge (when facing the main facade). The central bay, that including the entrance, is slightly protruding and has its own pavilion roof. The upper floor, under the slopes of the roof, is illuminated via hanging windows, the same size as the others but topped with triangular, moulded pediments. The hunting lodge and the residence were then joined together via a small, lower building, crowned with a balustrade and housing a second entrance at the top of a few steps like the main entrance.On the rear facade, which faces a private garden, the stairway is housed in a square tower, constructed outside of the fabric of the building, and a small, protruding, closed gallery was added on the …

Listings similar to this house, Parthenay

Not far from the Puy du Fou, in the quiet of the countryside, this house of 380 m2 is one of the most exceptional in the area. Ultra contemporary of its time, it was built by the care...

FOR SALE IN DEUX-SEVRES With overlooking views, just 10 min from motorway exit and TGV station, 19th-century Chateau of 415 m2 as living space with 3 levels, 10 bedrooms, 3 bathrooms....

BORDERS DEUX-SEVRES / VENDEE 30 min from motorway 1 h from the airport of NANTES In the heart of the bocage Close to all amenities MAIN LIVING ACCOMMODATION Ground floor - Entrance... 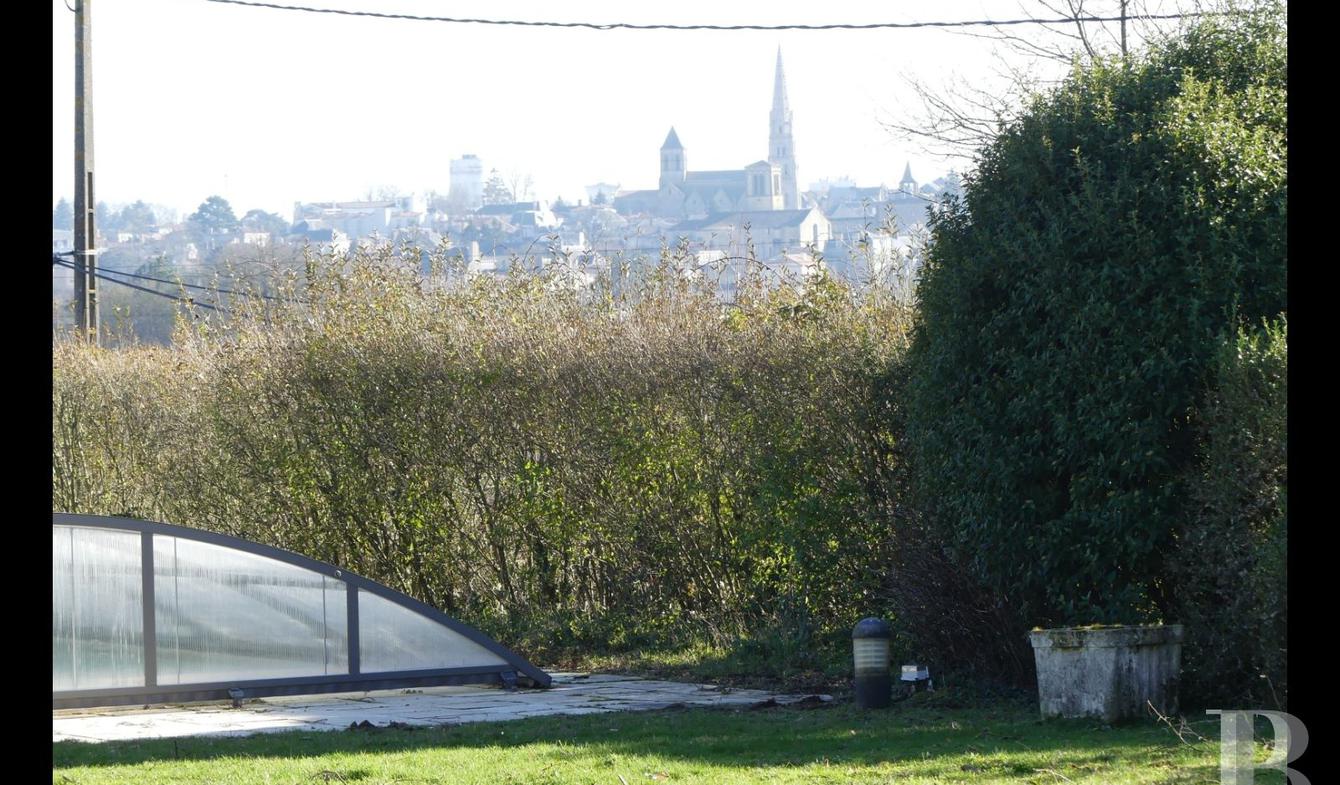