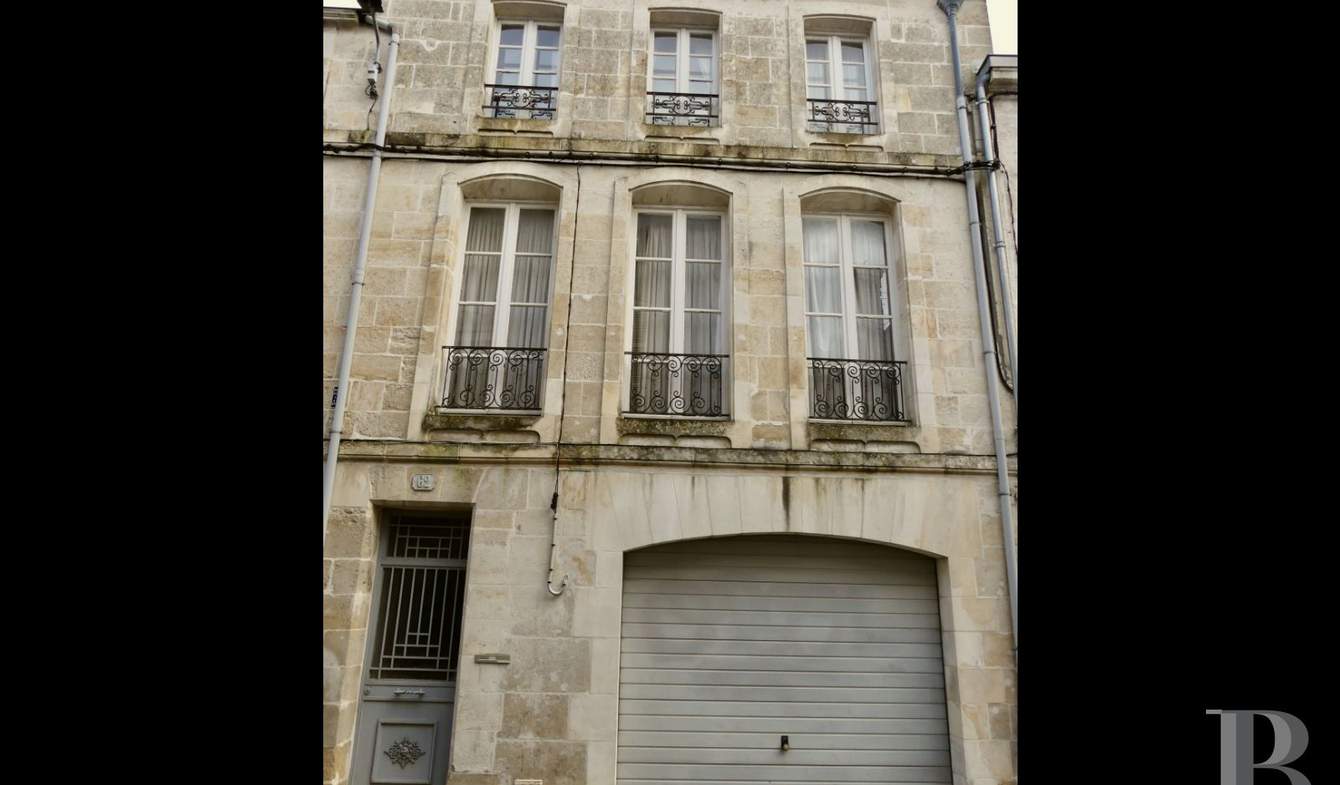 In a typical street of the old part of Niort, a stylish, comfortable house in its original layout.In Niort, to the south-east of the meander made by the river Sèvre, two regions slope gently towards the centre of the town linking the vast La Brèche square to the huge medieval dungeon. These high districts are the oldest residential areas of the town and teem with character buildings. This property is one of them, situated on the Saint-André hill, a few minutes on foot from the shopping streets.Niort is a medium sized town, with a built-up area of 120 000 inhabitants-, in good economic health thanks in particular to the mutual insurance companies that have made it their home, and to some high-tech industries. An informed public enjoys the cultural scene here, either at venues such as the Moulin du Roc where the programming is eclectic and varied, among others.Niort is approx. sixty kilometres from the Atlantic ocean and is separated from it by the famous Marais Poitevin marshlands with their magical landscapes.Niort has good train and motorway connections (Paris is just 1hour 50 minutes away by TGV), and is located almost at the crossroads of the north-east and south-west motorways going from Poitiers to La Rochelle.The property, spanning three main floors, is aligned with other beautiful houses in a sloping street that gives it a lot of cachet. On the first floor, the summer lounge is a through room, the winter lounge is illuminated by three tall windows. The dining room opens on to an intimate terrace on the opposite side to the facade. The kitchen receives direct daylight. Toilet with wash basin, cloakroom. The second floor comprises three bright bedrooms - two at the front and one at the back above the terrace -, and a bathroom. Separate toilet. A mezzanine features a large bedroom with study area and shower room.The room on the ground floor is adjoined by a garage, a valuable asset in the centre of town. It is accessed from outside via a carriage entrance and from inside via a laundry room. Gas central heating throughout the 262 m2 with air-conditioning on the upper floor.The houseIt spans three floors and has a beautiful dressed stone facade. In a classical manner, the windows on the first floor are bigger than those on the second. All are slightly protruding and topped with basket-handle arches above short jambs and tapered motif. The wrought iron railings are particularly elegant. The entrance door and garage door are next to each other on the ground floor. The main feature of the house is its spiral staircase, dating back several centuries before the rest of the building.Ground floorOn the same level as the entrance room with its flagstone floor, the staircase not only leads to the upper floors but also to an impressive, typical niortais single-vaulted cellar. To the right, a laundry room provides access to the garage with its cement tile floor that opens on to the street via a sliding door.First floorThe first room the spiral staircase leads to is the parquet floored dining room with exposed ceiling beams and exposed stone walls. It features an early 20th century fireplace, two windows and French window opening on to an intimate terrace, just the right size to host summer meals. The sealing needs attending. One side of the terrace features a glass panel with metal frame: letting light flood into the summer lounge, a through room, illuminated also by two windows on the street side providing light in the magnificent staircase. Two steps lead in to the winter lounge where three large facade windows make it particularly luminous. Oak parquet floors. Exposed beams. The 18th century black marble fireplace gives the room style.The originality of the layout on this first floor is that it turns round the staircase like a turntable around its axis. From the …

Listings similar to this house, Niort

House with pool and terrace Niort (79)

FOR SALE NEAR MELLE SOLE AGENT In the heart of a pleasant village with all services, 19th century house of 386 m2 ideal for tourism projects. Reception rooms, very beautiful 75 m2...

An impressive, middle-class house, with an air of an Italian villa, in 4½ ha of parklands looking down on the Sèvre-Niortaise Valley. The little town of...