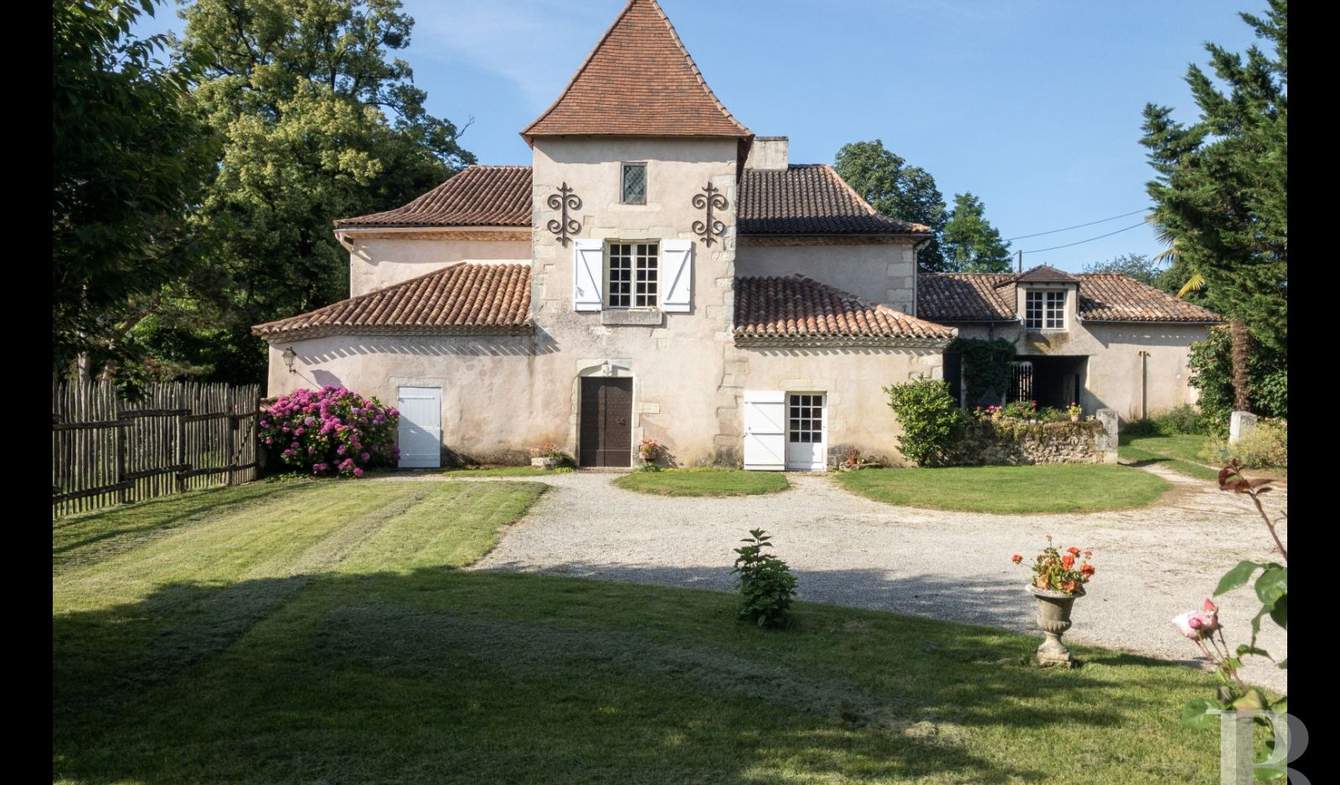 A 17th & 18th century manor house, with outbuildings, a courtyard and a garden, in 5.5 ha of parklands surrounded by woods in the area around Périgueux.The countryside, beyond the urban area around Périgueux, county town of the French department of Dordogne, extends over an undulating landscape, dotted with fields, woods and little market towns, all set out around their age-old church. The surroundings are peaceful without being isolated. The A89 motorway, just 5 minutes away, can be used to reach Bordeaux in 1½ hours and Brive in an hour. Périgueux’s town centre is just 10 minutes away and Bergerac airport, 40 minutes away, has regular flights to Great Britain, Belgium and the Netherlands. The village and its local shops are 2 km away.This estate is set on a hilltop, the cultivated sides of which form an outstanding landscape, ever-changing with the seasons. This property is delimited, on the one hand, by a high stone wall running alongside a secondary road and, on the other, by protective woods and a hornbeam hedge that surround terraced, verdant parklands. The top of the perimeter wall is defended by pieces of broken tiles. The wall itself features three openings: a Flemish gateway, flanked by two pillars that once formed the original entrance as well as a single and a double pedestrian gate, both adorned with cast iron doorknockers.At the end of the wall, two dressed stone columns flank the entrance. An area is reserved for cars. The garden and its lawns, beyond and stretching as far as the house and its extensions, are densely wooded.On the other side of the house, a barn and a hedge, trained along an espalier, surround and enclose an interior, flower-filled courtyard.A driveway separates the courtyard from a vegetable garden surrounded by hedges.The manor houseThe original building formed a quadrilateral spanning two levels, with one facade flanked by a central, square stairway tower. Two small, single-storey extensions have since been added on either side of the tower. Apart from the tower’s pyramid roof covered with flat tiles, all the roofs are covered with Roman tiles, the shadows of which, directed on to the eaves, blend with the double cornice. The lime-rendered walls expose a few dressed stones and the ties which are so big and so highly wrought that they appear decorative.A central corridor, dividing the manor house into two, provides access from the stairway tower to all the rooms.Ground floorThe main entrance door, with its bevelled surround and its sculpted lintel, is set in the tower. The solid wood door, topped with a fleur-de-lis, is studded and adorned with a wrought iron doorknocker-handle. The hall, which precedes the central corridor, is paved with pebbles and houses an old wooden stairway, sheltering a wine cellar. A second entrance door in the small extension on the right-hand side opens into a vestibule, with a small storage area and a toilet. Adjoining, a kitchen is followed by a lounge. The floors are paved with terracotta tiles. Wide joists are exposed. An impressive fireplace and a “potager” (a secondary hearth where soups and other previously prepared dishes were cooked on embers), both built of dressed stone, adorn the walls in this lounge. One door leads to a boiler room and another to an adjoining outbuilding. In the second small extension, a door provides access to a room in use as a laundry room. An independent flat, spanning a floor surface area of approx. 48 m², could therefore be created here by adding the adjoining bedroom. Following on from said bedroom, the reception lounge is widely illuminated via a French window and a large picture window. A glazed door at the end of the corridor leads out to the garden.First floorThe stairway goes up to a spacious landing, laid out as a little reading room. The central …

Listings similar to this house, Perigueux

On the edge of a small town in the Green Périgord area with a view over the countryside, a 17th century manor house, with a water-filled moat and a dovecote. The last house...

XVI century stone house with private mature garden and 11x5m pool in an ancient hamlet, close to a village and 15mn from Bergerac. Large kitchen and large living room with open fire,...

House with garden and terrace Payzac (24)

House with pool and terrace Saint-Astier (24)

Magnificent character property in the heart of Saint Astier, with its 3000 m2 park with swimming pool. You will find on the ground floor, a living room with fireplace, a living room,... 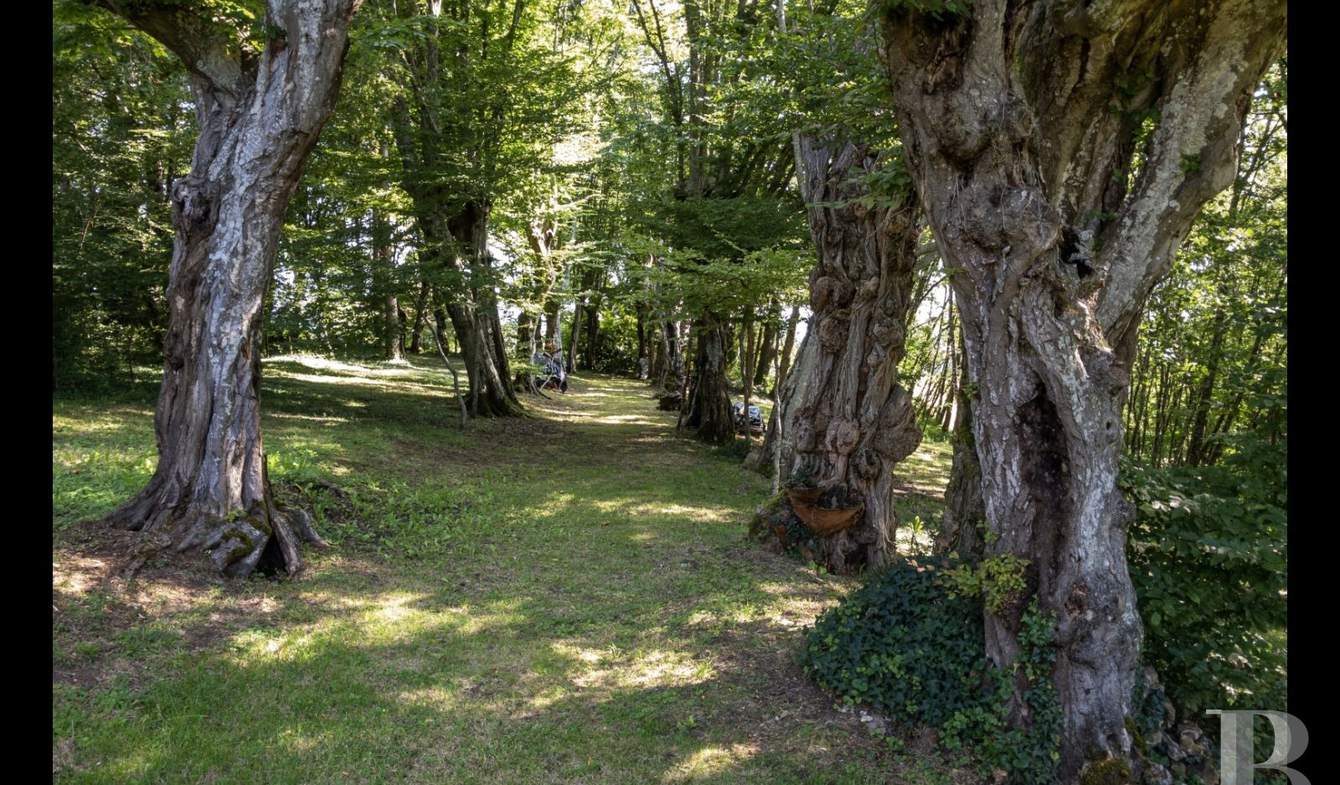