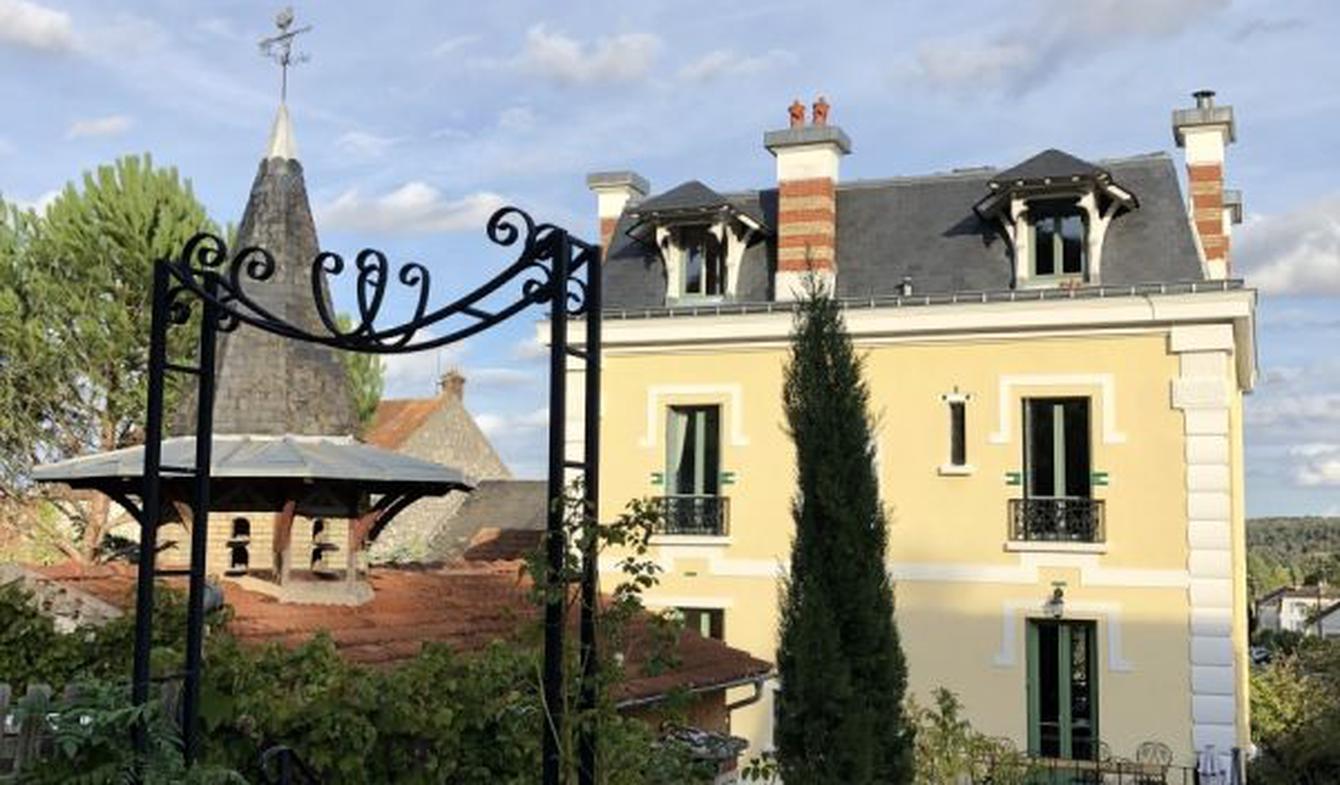 50 km from Paris, in the midst of a village with schools and shops, a middle-class home, with an outbuilding and a dovecote.The village, in the Gâtinais Nature Park, an hour from Paris' city gates via the A6 motorway, is on the edge of Trois-Pignons forest which borders Fontainebleau forest. A regional, RER train station, within easy walking or cycling distance, provides 75-minute links to the French capital. Local geological features are a reminder of the fact that this land was covered by sea some 35 million years ago. When it receded, it left a crystalline sand which formed the blocks of sandstone much appreciated nowadays by rock-climbers, in the hollows of which abstract figures were engraved during the Middle Stone Age. In more recent times, literary history left its mark in the town of Milly-la-Forêt where Jean-Cocteau lies, and pictorial traces remain of the village of Barbizon where Millet had his studio and Renoir visited.This property spans a surface area of 1,335 m². Set back off the main street in a slightly dominant position, it stands in the midst of the village, between the infant and junior schools, the church as well as the town hall. Shops, a chemist, restaurants, a café and a grocery are just a few metres away. The setting is residential and the forest, with its pine and oak trees typical of the region, can be glimpsed beyond the neighbouring houses. A home well-suited to large families as it has 8 bedrooms, it is enhanced with a vegetable garden, a children's play area and several paved terraces. Plants are harmoniously laid out in an English fashion and a naturally-growing vine provides abundant grapes come autumn.The houseThis house was constructed in the early 20th century and, without being pretentious, makes its presence felt from its dominant position. The top floor of its three levels is contained within a Mansard style slate roof, featuring three openings composed of a semi-circular arched window and two bull's eye windows. The quoins protrude. Constructed over a full basement, with basement windows, its original structure and materials have been preserved and maintained. The external facade rendering and painting as well as the entire roof have been renovated. Marble fireplaces are to be found in the lounge and every bedroom.Ground floorOriginal floor tiles, with distinctive motifs, delimit the rooms. On one side is a dining room, on the other a lounge and straight on a stairway as well as a hall area in use as a study, with access to the basement. A partition between the dining room and the kitchen has been removed, increasing the overall impression of spaciousness. The walls in the lounge and the dining room are adorned with interesting wainscoting and the original cornices. A toilet has been installed under the stairway.First floorThe first-floor landing provides access to the master bedroom and a dressing room, followed by another two bedrooms and a bathroom. The floors are covered with the original herringbone parquet flooring throughout.Second floorThe geometry of a Mansard style roof makes it possible to obtain comfortably-sized rooms. The landing provides access to a shower room and four bedrooms. The last one has been partitioned into two smaller areas, thus creating one bedroom following on from another.BasementA hall area provides access to a projection room, a workshop which can be accessed from the outside, a laundry room and a wine cellar. The projection and laundry rooms are fitted with basement windows, providing ventilation and natural light.OutbuildingThe outbuilding, faced with wooden weatherboarding, is topped with a dovecote that no longer houses birds but is reminiscent of the pastoral feeling sought by its first owners when they left the French capital for the weekend. The main room ...

Listings similar to this house, Milly-la-Forêt (91)

67km from Paris and 18km from Fontainebleau, in a sought-after village near Milly-la-Forêt, this contemporary house with a living area of 238sqm is built on a magnificent landscaped...

Between ABLIS and Dourdan, near station RER C for Paris, house of architect of 1970 on a ground sported with wooded part about 8 500 m ² with view on the surrounding countryside....

Less than an hour away from the Porte d'Orléans and close to Etampes, elegant village house of about 210 m² in perfect condition on a 3300 m² plot in the heart of the Chalouette valley....

Ref. 3497 Watermill for sale South Paris In a hamlet, in the heart of Gâtinais Park, in the Essonne valley, south of the department of the same name.Near a tourist town offering all... 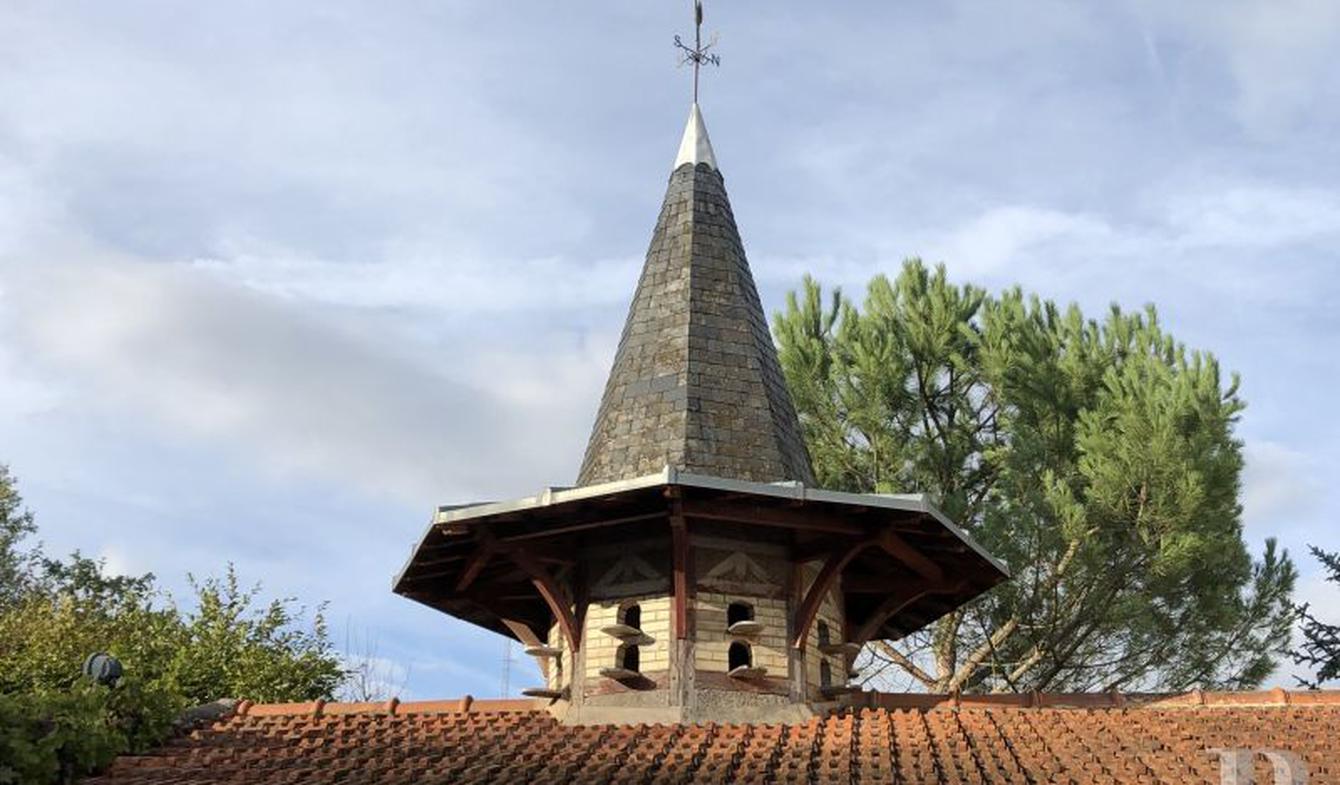