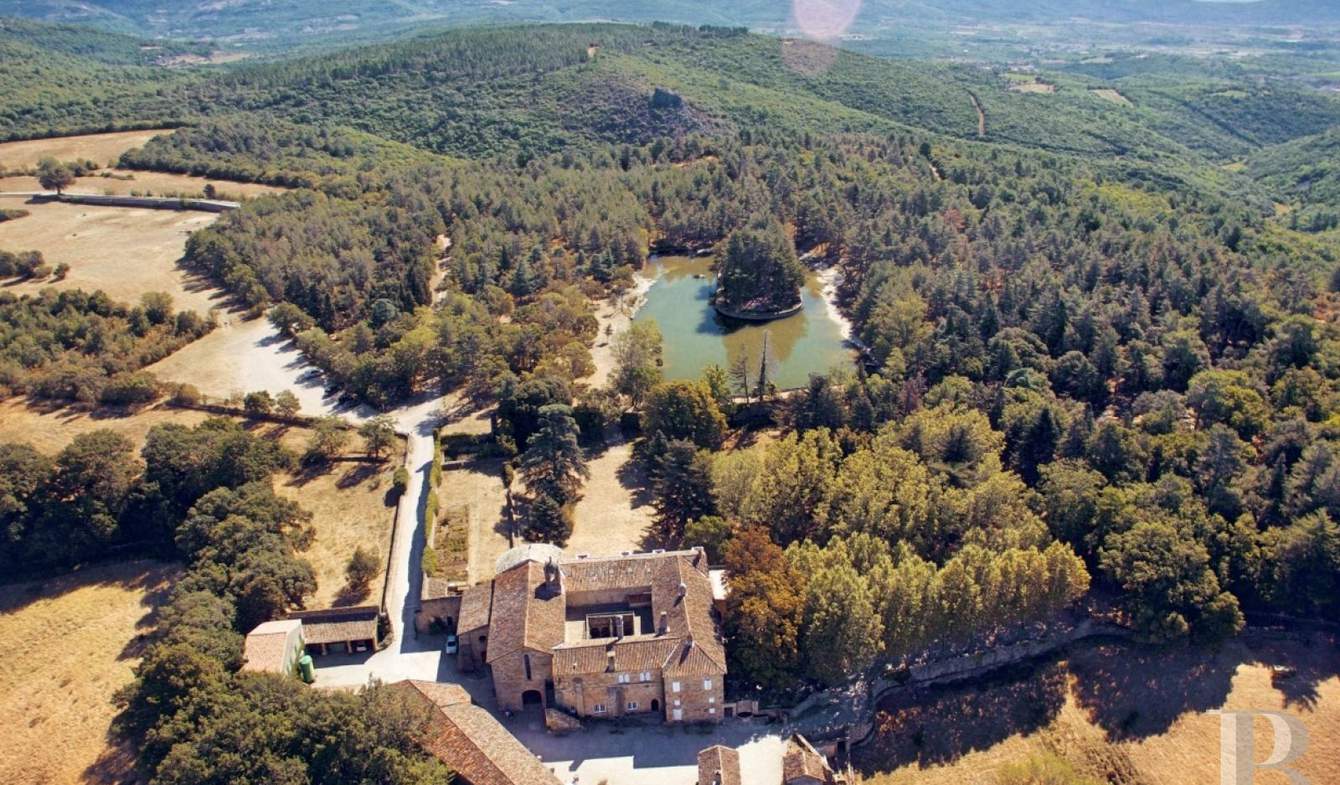 A listed, late 12th century priory set in 400 hectares of natural surroundings not very far from Montpellier.An hour from Montpellier, with its airport and its TGV train station, in unspoilt countryside, with a dominant view stretching to the sea and the horizon. The climate is Mediterranean.This area, in peaceful unchanged surroundings with wooded hills sloping southwards from panoramic viewpoint to panoramic viewpoint, has been awarded several regional distinctions such as “site d'exception en Languedoc” and “chemins historiques du Languedoc-Roussillon”. History has left its marks here since time immemorial. Traces of occupation on this sandstone plateau, at an altitude of 430 m, date back to Neolithic times, 5,000 years ago. As of the 12th century, monks built this priory more or less as it is today.In the 19th century, the property became a vine-growing and farming estate which meant converting the outbuildings and using them for different purposes. The church, for instance, was used as a wine storehouse, whilst the south wing and the first floor of the property were transformed into living space.The prioryFounded in 1126, it is the best preserved and the most complete of this monastic order, its unpretentious architecture totally in keeping with the monks’ ideas of soberness. The buildings are constructed from sandstone, quarried on site, and covered with roof tiles. They are laid out around an early 13th century, square cloister, with small twinned columns alternating with rectangular piers, supporting the springing of the geminated, semi-circular arches. Three of the galleries are covered with cross-ribbed vaults.On the north side, a late 12th century church replaced the primitive chapel. It comprises a single, noticeably triangular, barrel-vaulted nave, with a semi-circular apse featuring corbelling, illuminated via three tall windows. Its acoustics are outstanding. A separate chapel was added against the north wall in 1335.On the west side, the guest reception hall, dating from the 13th century, is gothic with crossed ribbed vaults.The vaulted chapterhouse and storeroom, on the east side, have not been separated by a load-bearing wall since the 19th century and, therefore, form a single room.On the south side are the kitchen and the old refectory as well as a wide, 19th century stairway, going upstairs.The first floor, spanning a total surface area of 310 m², was transformed into living space in the 19th century. It is in need of restoration and conversion works. Most of the vaults are still in existence. The seven main rooms, often vaulted and with fireplaces, are laid out on three sides. The floors are old. The cloister terraces can be reached from this level and, on the south side, two French windows open on to a 42 m² terrace with a view of the esplanade of chestnut trees and the parklands.The outbuildingsSeparated from the west facade of the priory by a large triangular courtyard, the two main outbuildings with long, two-storey facades were once used for farming activities and for keeping sheep. Constructed from stone, partially rendered and topped with a tile roof, they are joined together in a V-shape.In the first building, spanning more than 300 m², the ground floor, once a sheepfold, is used as a function room with a restaurant and a kitchen, whilst other rooms are unused. On the first floor are two flats used for living accommodation, one of which spans approx. 80 m² and comprises a living room, a kitchen, two bedrooms and a shower room. It is currently occupied by caretakers. The second, spanning a little more than 50 m², comprises a living room with a kitchen area and two bedrooms.In the second building, spanning approx. 730 m² and communicating with the restaurant room, …

Listings similar to this house, Lodeve

At the gateway of the Camargue, spectacular views of the sea and ponds for this sumptuous landscaped area flowered with many Mediterranean essences of 2.5 hectares located in enclosed...

Pic Saint Loup Impressive estate of 20 hectares of vines with ultra-modern winery. This magnificent estate is located in a wooded and unspoilt environment in the heart of the Pic Saint...

Property with pool and garden Montpellier (34) 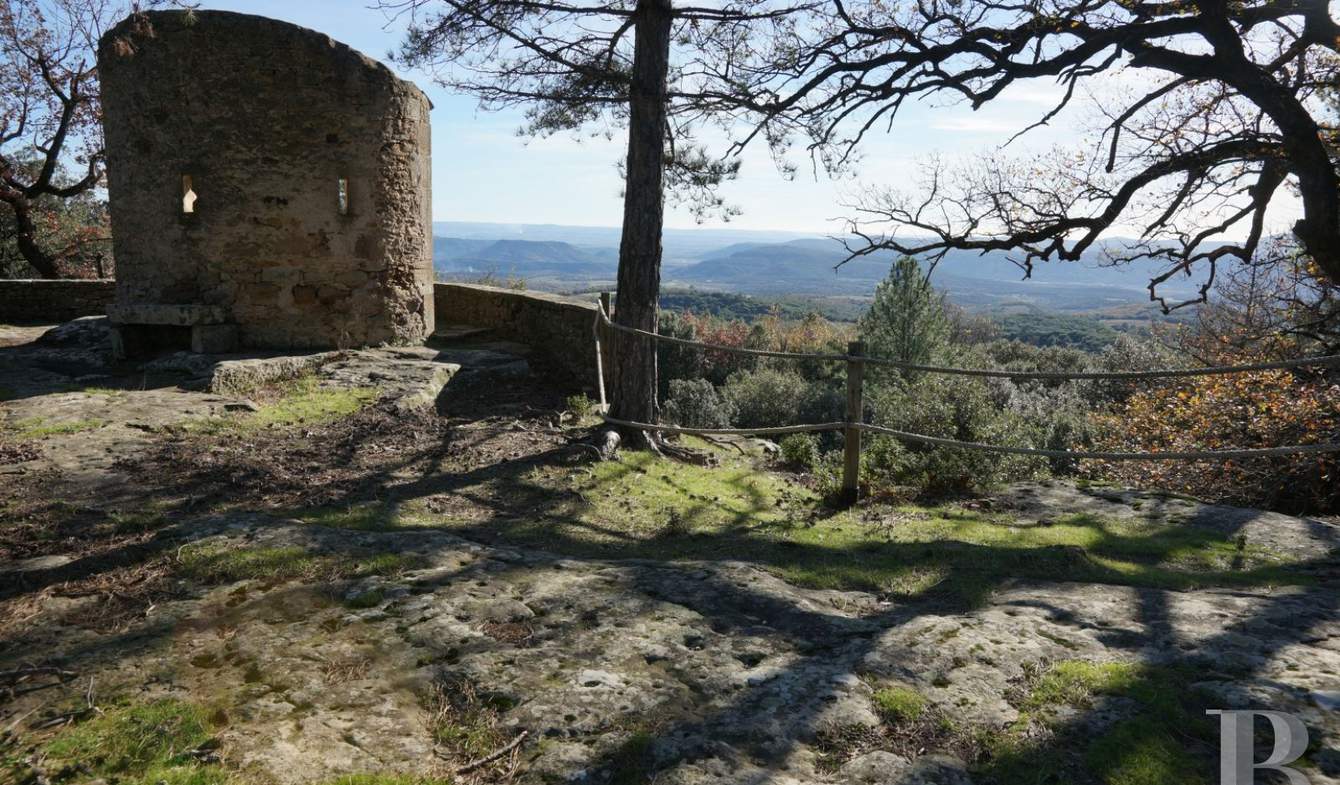