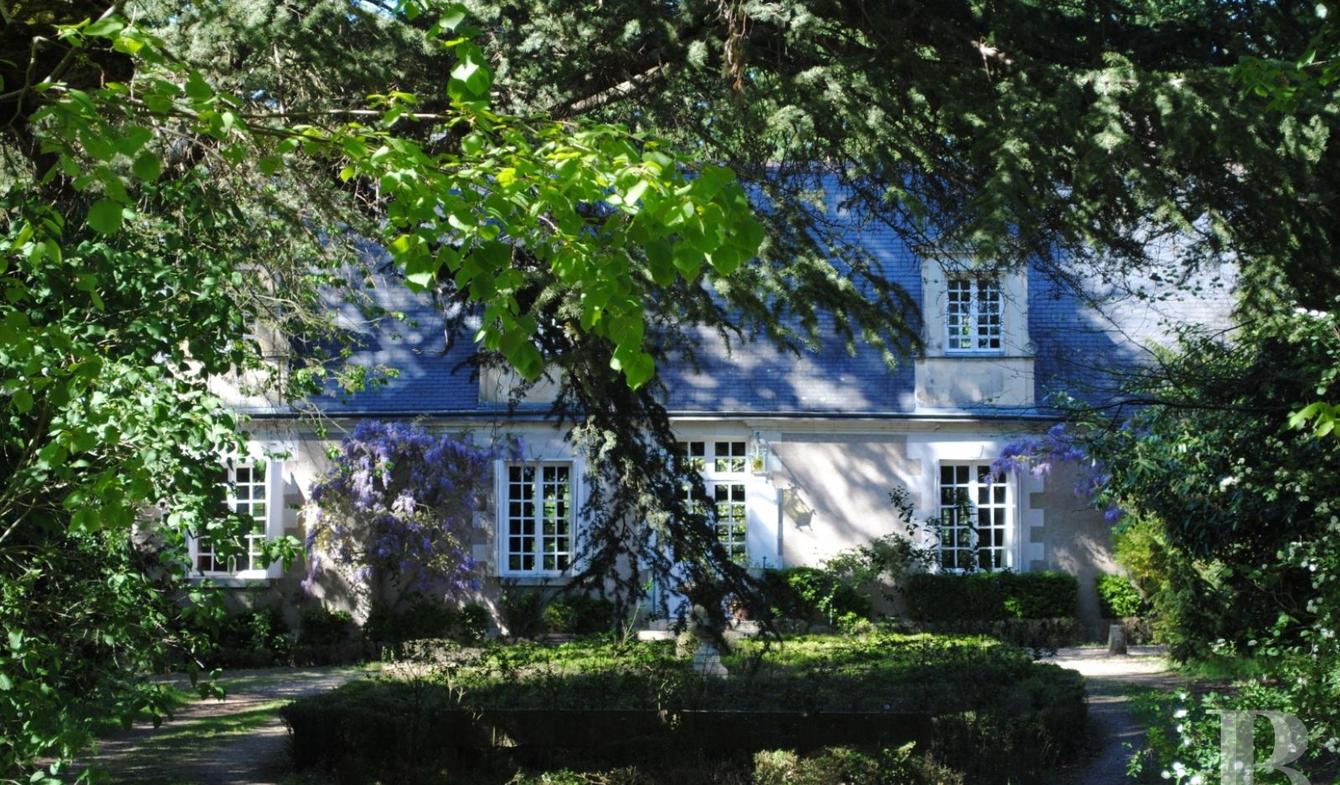 An authentic, 17th century country house on the outskirts of Tours.This residence is on the outskirts of an ideally located, vine-growing town, bordered by a forest on one side and surrounded by country landscapes. Housing, composed of large properties, is dotted throughout the surroundings. Regional heritage notably comprises a wealth of chateaux and manor houses. To the south of the river Le-Cher, the centre of the main urban town is 20 minutes away. Paris takes a little over two hours by car, making the pastoral setting even more enjoyable.This country house, nestling in its peaceful setting, is slightly concealed behind a small fold of the land, surrounded by a copse of trees, some of which are outstanding.A little road, out of the town, leads to a delightful alleyway, bordered with lime trees and grassy areas, which goes to the residence.This hamlet is featured on Cassini’s map. It is cited in certain works and was initially referred to as a farm.The first acquisition of this fiefdom dates back to the late 16th century and the first official document relating to it, the end of the 17th century.It has undergone several transformations over the years and, for more than two centuries, was no more than an outbuilding used for storing cereal right up until the beginning of the 20th century.The large, luxurious home was separated from the rest of the farm and a chapel with a bell-tower destroyed at the very end of the 19th century.The building was then almost in a state of ruin. Patient restoration works were to give it back its appearance of a local country house.The beams in some of the ceilings and partitions have been exposed. The end result does honour to the craftsmen that carried out these rehabilitation works.The reception rooms on the ground floor are, even now, as they were in the 17th century. Two of them still have their period panelling.The inside has been renovated in keeping with the original character, style and materials. Several fireplaces date from the 17th century, one of which is to be found in the outhouses, with an incorporated oven and a wooden lintel supporting the chimney breast.The considerable thickness of the house’s loadbearing walls, very probably indicates the existence of two pavilions that were originally separate and then joined.The outstandingly even appearance of the vaulted stone cellar no doubt makes it an older section.Two gardens are amongst the verdant areas enhancing the property. An interior one, bordered with slate paved alleyways, features two garden sheds, built of brick with slate roofs, and an aviary.At a short distance, on one side, is an old well and, on the other, an old pond.The surroundings comprise wooded parklands, with some species over a hundred years old, as well as a meadow and an orchard.A small French parterre extends in front of the house.Two majestic cedar trees dominate on the side.There are, in total, more than two hectares of greenery.The country houseThis house, as it was defined at the end of the 18th century, is a large, luxurious home. With openings on both sides, the rooms are accessed via a very pleasant vestibule, laid out between the courtyard and the garden.This property is composed of a main building with an old outhouse set at right angles.A perfectly symmetrical building, it is constructed from stone with freestone framing, spans a ground floor and a converted attic floor, is topped with a slate roof and has two harmonious facades.Above each of the four small-paned openings, the roof is adorned with elegant shed dormers, topped with triangular pediments and featuring reversed stone consoles.The windows and French windows are protected by interior wooden shutters.The double French windows, forming the main central entrance, are flanked by two thin Doric order pilasters. These open into a paved …

25 km from Tours, on the side of the river Loire, the former home of a chaplain, an unexpected, 15th century manor house, with a chapel, outbuildings, parklands and a river. In the...

The converted outbuildings of an old 17th century chateau 40 km from Tours amidst the Chinon vineyards. This peaceful property is in a countrified setting to the south-west of Tours, in...

A 16th century manor house with its outbuildings and landscaped garden in the Touraine region. This property is 3 hours from Paris by car and 30 minutes from Tours, with its TGV train...

On the outskirts of a village south of the river Loire in the Touraine region, an old tanbark mill with a hectare of parklands. 230 km from Paris and 6 km from a train station with... 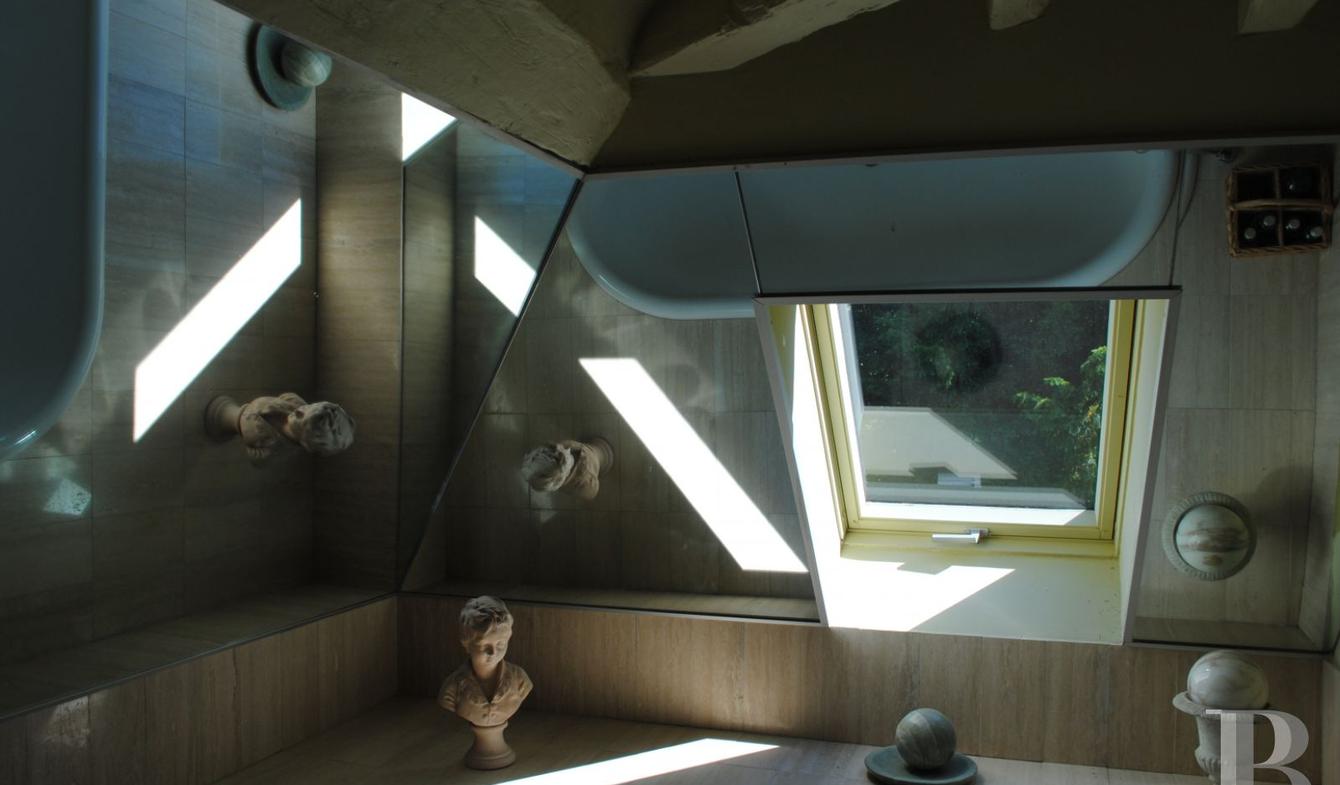