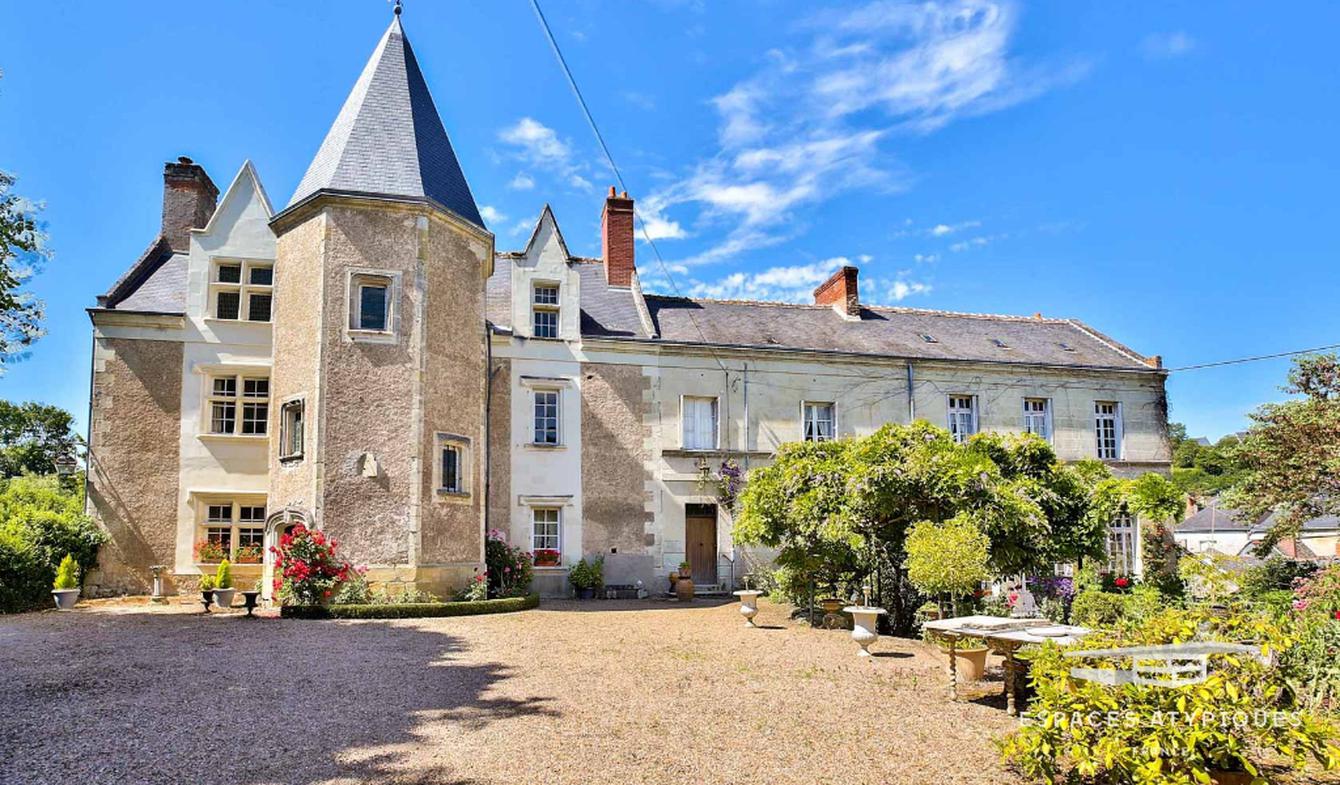 The story tells that a secret underground connected the castle of Langeais and this former house of the king's prior. This 16th century manor house was remodeled in the 16th and 20th centuries. Successively used as a chapel, boarding school for girls, hospital and family home, this house is a true witness of history. A large gate allows access to the property built on a park of 8000 m² and supplemented by multiple outbuildings. The manor, of a surface of more than 400 m ² habitable, is to reinvent internally. It consists on the ground floor of large living rooms, a kitchen and a reception room of 60 sqm with incredible ceiling height (4m30). The first floor serves 5 bedrooms, a living room and two bathrooms. In the tower of the manor, a superb stone spiral staircase also allows access to the second floor which is none other than the old chapel where mural paintings and remnants of the past are striking. The entire attic is convertible and adds a real potential to this building. Two other independent buildings, which can be used as guest houses, reveal beautiful volumes and the possibility of a redevelopment according to his desires. One of them has been completely redesigned to make it a guardian's house. Here, the garden seems to be separated into two spaces: first a court of honor where roses, wisteria and old flowers corroborate the charm of yesteryear, but also a large wooded park bounded by a small river. On the way to the park, several amazing cellars follow one another like secret caves. In this green space, a barn, place of storage of agricultural equipment and gardening, seduces by its rustic charm. A double open garage, an adjoining workshop and several cellars complete the property. Located in the heart of Langeais and next to its small dynamic market town and close to Tours, this property with incredible potential is worth the detour.

Listings similar to this house, Langeais

A traditional, long farmhouse and its barn in 4,500 m² of grounds a little over two hours from Paris in the Touraine region. 12 minutes from the motorway, 30 minutes from Tours and...

Architect house developing around 200m² living space with a full basement. It offers a breathtaking view of the valley of La Membrolle sur Choisille 7 minutes walk from shops, schools...