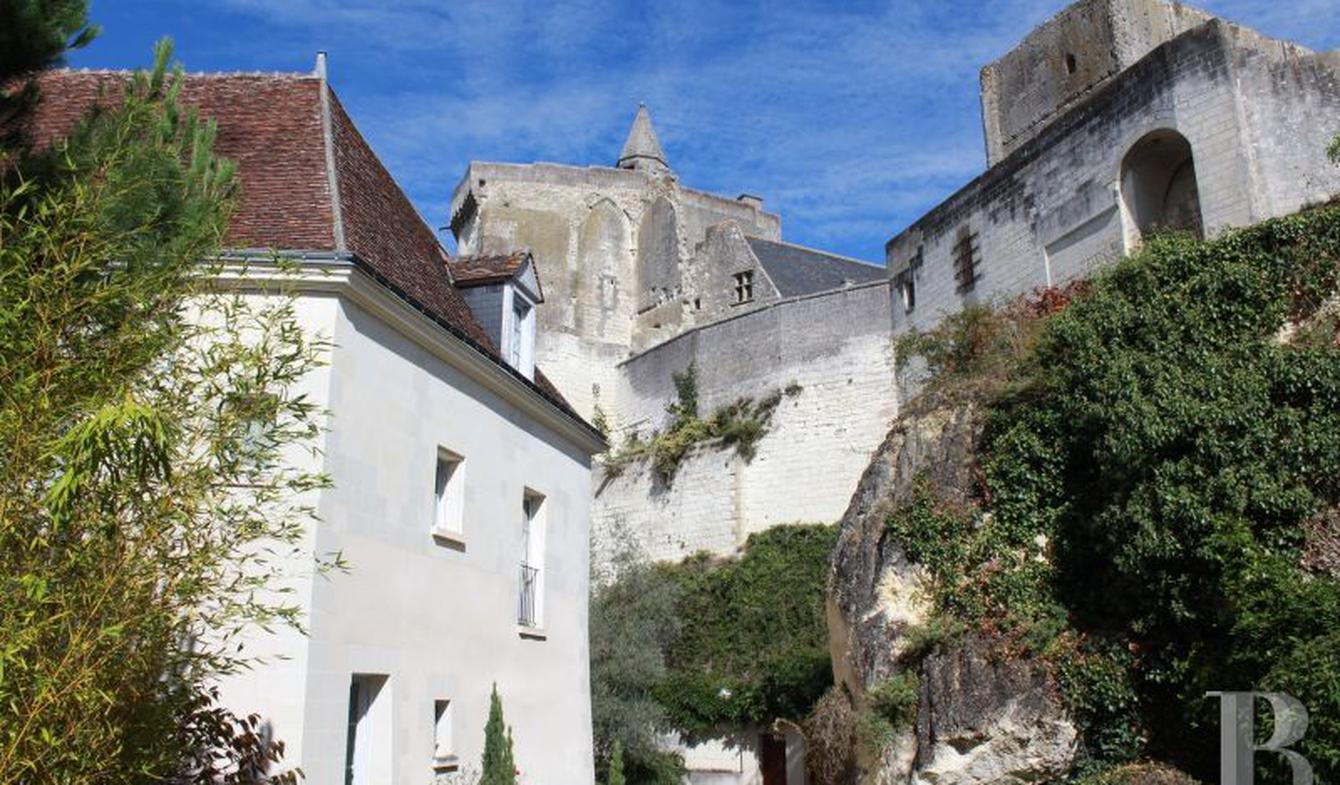 In a historic setting to the south of the Touraine region, a 19th century townhouse and its garden.This house is set in exceptional surroundings, 3 hours from Paris via the A10 motorway as well as 40 minutes from Tours and its TGV train station, with 1-hour links to the French capital.It stands in the midst of a royal, medieval town, near to all shops and amenities, just 200 m from the 2 large, weekly markets.The property's entrance gates, remote-controlled via video-phone, are reached via a quiet road, guaranteeing a nuisance-free setting which, above all, has an exceptional view.This townhouse, constructed at the end of the 19th century, features a local freestone facade. Its roof is covered with traditional flat tiles.It spans two levels in the midst of a landscaped garden. The entrance gates provide access to a gravel courtyard, leading in turn to a covered area and a little outbuilding, which could be converted.This house is in pristine condition both inside and out.The houseThis house spans approx. 350 m² of living space. A large reception room takes up almost all of the surface area on the ground floor. A first floor with two bedrooms and a linen room is followed by a second floor, with slightly sloping ceilings, comprising three bedrooms.The interior layout is very rational as well as contemporary, with a wonderful open well in the centre of the house.Ground floorThis level comprises an entrance hall, with a vestibule and a toilet, as well as a large reception room, spanning approx. 125 m², with a fully fitted, open-plan kitchen.This dual aspect reception room faces south via large picture windows and north via a very tall, custom-built window, so that the small lounge can take advantage of the view over the neighbouring historic monument and the garden. The room includes two areas, used as a lounge, with a gas-fired, closed-hearth fire, and as a living room, overlooking the interior landscaped garden.The originality of this large reception room comes from the presence of a large, central, open well, spanning a wide area.The room remains bright courtesy of its many openings, its satin-white painted walls and its large white floor tiles.A white Chauvigny stone stairway, with a metal handrail, goes upstairs.First floorThe first floor, with its white walls and white-leaded parquet flooring, includes a large landing that provides access to a linen room and numerous cupboards, followed by a first bedroom in red and white hues with a stationary glazed section. A hall area then leads to a large, main bedroom with a stationary glazed section, looking out over the open well, and an exposed stone wall. This area also includes a purple-coloured bathroom and a blue, Italian style shower room.Second floorThe landing on the second and top floor is covered with light-coloured oak wood parquet flooring. It provides access to a toilet, a pale green bathroom, a first, lime-green and white bedroom, with a wall lined with cupboards and white-leaded beams. A second, bigger bedroom, featuring pale purple hues, a wall lined with cupboards and white-leaded beams, could have its own shower room. A third bedroom, also with a cupboard-lined wall, has a direct view of the neighbouring historic monument.The outbuildingsThis property includes a covered area, able to take two cars, which has a first-floor attic awaiting conversion. Adjoining this is another small outbuilding comprising two rooms, including one, with a picture window, which could also be converted.A last outbuilding encloses a machine room housing a boiler room and a storeroom.The landscaped gardenThis fully walled property spans a 934 m² plot of land, ...

Listings similar to this house, Tours (37)

At 30 minutes from Tours, exceptional set of mills that will give you the illusion of overlooking the Indre. On approximately 47 000 m2, 5 buildings plus troglodytes deploy all the charm...