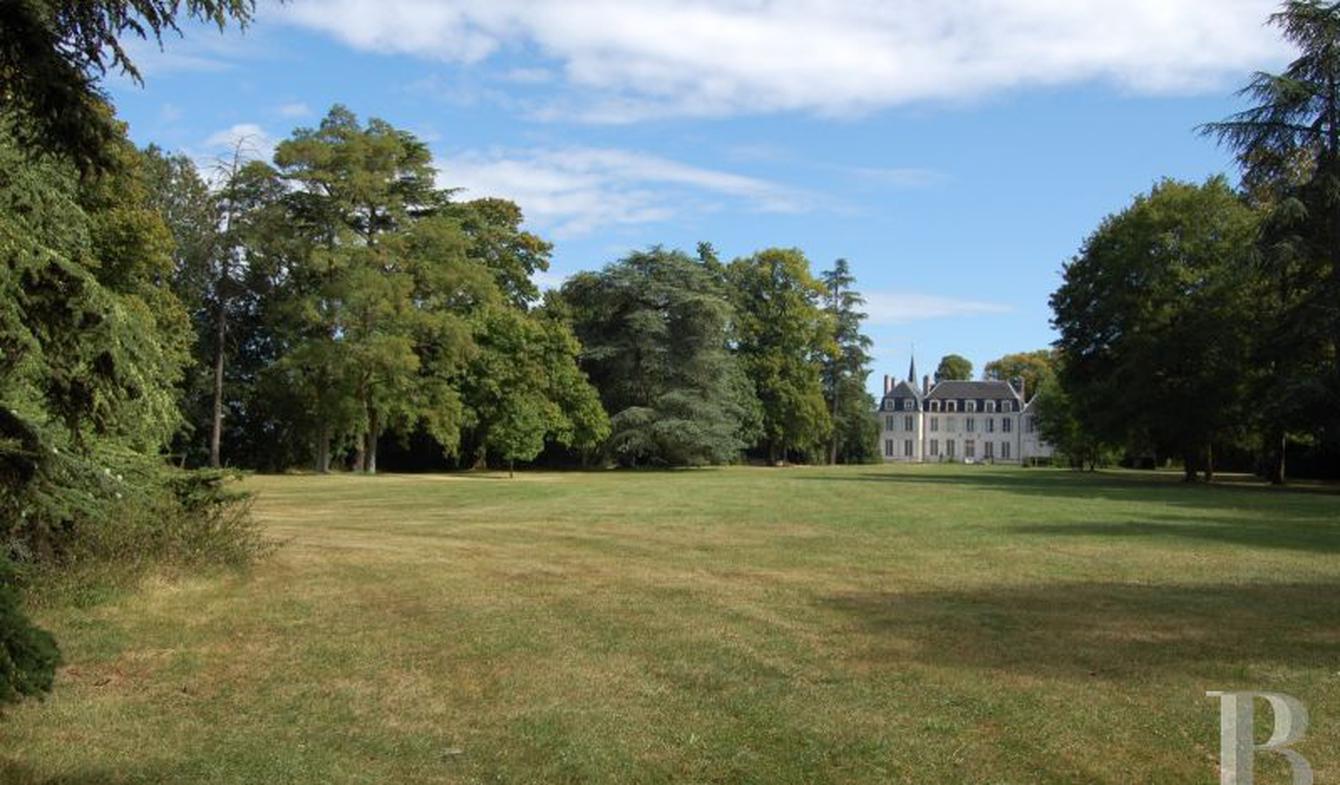 Between Petite-Beauce and the Val-de-Loire, in fifteen hectares of parkland, a 18th and 19th century castle and its outbuildings.In the middle of a small village of five hundred inhabitants, part of La Petite-Beauce, the property is located at the gates of the Val-de-Loire, a UNESCO World Heritage listed site. Paris is 1 hour 45 minutes away by car and the city of Orléans twenty-five minutes. Meung-sur-Loire, its train station, shops, services and infrastructures are just fifteen minutes away by car.The property, accessed via a wooden gate, stretches over fifteen hectares of lawns and wooded areas entirely enclosed by hedgerows and new fencing. From the north-west castle facade appears a courtyard and then a lush, green, wooded view. On the other side, a secondary courtyard and access to the outbuildings. The building spans 550 m2 over three levels and twenty rooms of which eleven are bedrooms. The outbuildings occupy approx. 325 m2. The castle was built at the beginning of 18th century and was modified in 19th century. The history of the site is marked by a memorable battle during the 1870 Franco-German war: a number of documents attest to this.The castleThe castle is a single-depth building and set out in a 'T'-shape. It spans three storeys including the attic. Its two facades, one south-east facing, the other north-west are divided into three sections. The central building marked slightly by a set of steps and at both ends by two other sections one of which is projecting forming the top of the 'T'. Dressed limestone, a material that is symbolic of this region, has been used for the door and window framings, the moulded roof cornice, as well as for the quoins. The small-paned rectangular bay windows and their shutters punctuate the castle facades. The windows on the third floor are different, they feature arched lintels. Topped with a three-part slate roof with weathercock and zinc finials: two hip and pitched roofs and one gable roof. It supports four brick chimney stacks.Ground floorThe rooms on the ground floor lead one into another. The entrance hall, the large lounge and study are double aspect rooms and therefore very luminous all day long. In the entrance hall, the through light highlights the beautiful black and white stone tile floor.On one side of the entrance hall, the large lounge with its parquet floor and ochre-coloured moulded marble fireplace and wainscoting, then a study, back staircase, secondary kitchen, toilet and back entrance. On the other side of the hall, the main kitchen, dining room with moulded fireplace and its large wooden framed mirror topped with a painted decor, a small lounge and its fireplace, a boiler room, a toilet as well as a hall. The latter leading to the upper floors. Most of the windows on the ground floor are topped with elegant fanlights and equipped with interior wood shutters.First floorThe first floor includes seven bedrooms, three bathrooms and two toilets. A flight of winding stairs leads to a landing and then the first bedroom with a toilet, and on one side of a long corridor, several bedrooms, a bathroom and a toilet. Two other bedrooms and their shared bathroom are located in the top of the 'T' section of the building. The bedrooms are mainly large, and some have their own marble fireplace.AtticThe attic floor of the castle has been completely renovated, except for a small attic space with exposed beams. This floor is divided into two separate areas. The first includes three bedrooms, two toilets and a bathroom. The second area has been made into a self-contained flat with entrance, living room, kitchen, bedroom, bathroom, a toilet and a study. The latter has a separate heating system and own individual electricity meter. The ...

Listings similar to this house, Orleans (45)

House with pool and terrace Orleans (45)

Exclusivity, 5 minutes from the center of Orléans, superb urban property of more than 430 m2 with its comtemporaine extension offering very beautiful surfaces. The main house distributes...

Nestled between the Centre Val-de-Loire and Burgundy regions, a 19th century mansion in the heart of a village where the Briare Canal passes through. Located in a village of five...

Warm family house with the possibilities of bed and breakfast activities or gite. At the edge of a village with all amenities, the property is ideally located at 1h30 from Paris, in a... 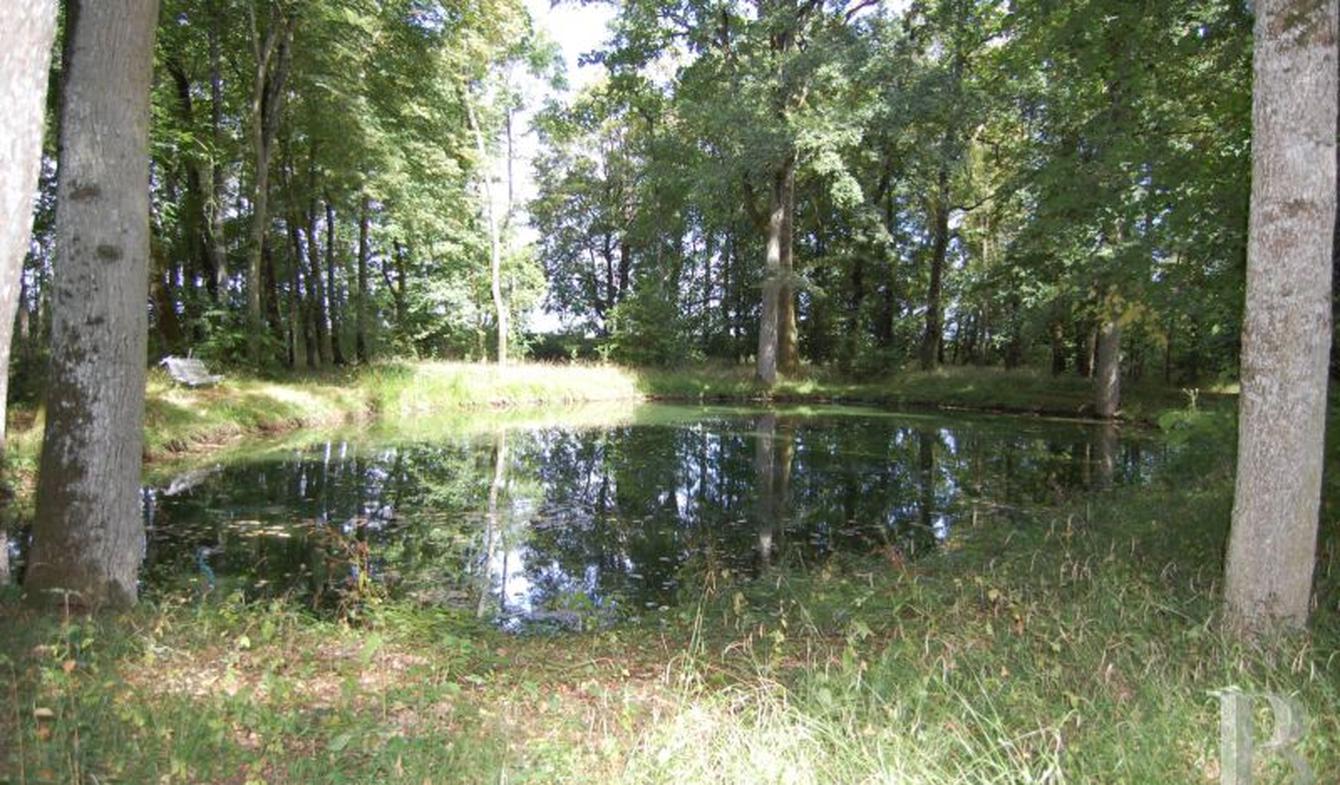