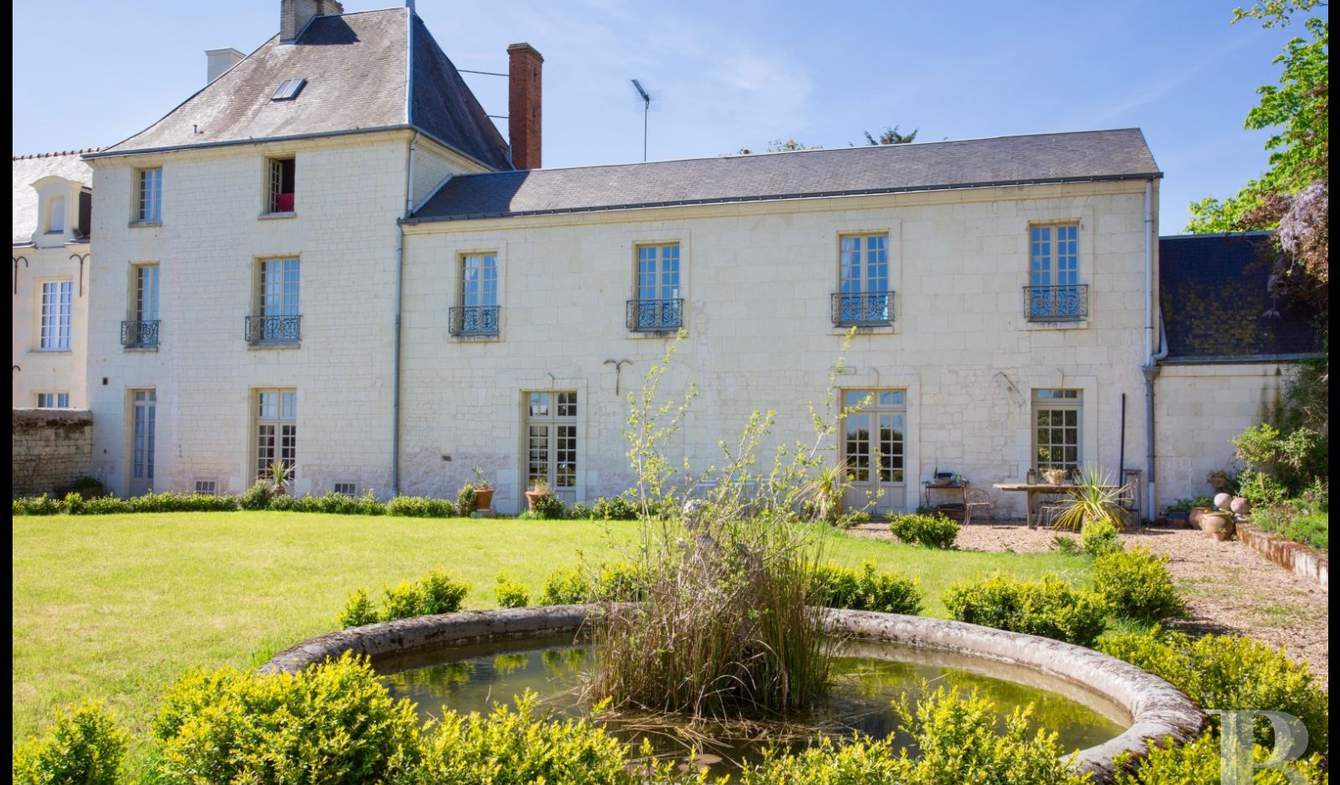 A residence, with a chapel, a guest house and an enclosed garden, in a character town, south of the river Loire in the Anjou region.This property stands in a character town with numerous, old residences nestling quietly amidst their walled parklands on either side of its narrow streets. Freestone, a local limestone, takes pride of place here. The nearest shops and amenities are but 5 minutes away. Saumur, with its train links to Paris, is 10 minutes away as are the banks of the river Loire and its delightful villages. Slip roads providing access on to the A85 motorway are about 15 minutes away.A narrow village street runs alongside the property’s wall and provides access to the freestone entrance porch, with a gateway and wooden gates, as well as a pedestrian gate, followed by a second gateway. Both gateways open on to driveways leading to a courtyard where the main house and its chapel are laid out on one side and a guest house stands on the other. The main garden extends behind and to the west of the house. The guest house has its own front garden. The entire property is enclosed by walls on three side and by a thick hedge on the fourth.The residenceThis residence, built in the 18th century on foundations partially dating back to the 14th century, is composed of two buildings, extending one another, with the facade of the second set slightly back from the first. Constructed from freestone, both buildings respectively span four and three levels, including a garden level. They are topped with slate roofs; hipped on the first and gable on the second. Their front and rear facades feature numerous openings. Those on the front facade of the second building have rusticated masonry surrounds. A more recent chapel adjoins the west gable. It, too, is constructed from freestone and topped with a gable, slate roof.Garden levelThis level is reached via a double stone stairway, turning via three straight flights and leading down from the entrance of the first building. It comprises a corridor providing access to a lounge and a study-library, the latter extended by a storage room. The lounge and the study-library open at right angles directly on to a paved, garden level courtyard, laid out below the two buildings. Both rooms have strip pattern parquet flooring. The lounge features a vaulted ceiling, exposed stone walls and a moulded freestone fireplace. The paved courtyard is linked to the entrance courtyard via a flight of stone steps with wrought iron railings, and leads via a vaulted passageway to troglodyte caves and the garden.Ground floorThe main entrance hall, laid out in the first building, provides access to a lounge. A two-flight wooden stairway with an intermediate landing goes up from this hall to the upper floors in this first building and a stone stairway goes down to the garden level. The lounge communicates with a dining room and an adjoining kitchen. The latter opens on to the back hall which leads to the chapel and a stairway going upstairs in the second building. The main entrance hall has a stone floor, whilst the back hall has terracotta floor tiles. The kitchen as well as the reception rooms feature compartmental parquet flooring. Both the lounge and the dining room have marble fireplaces. All these rooms open directly either on to the courtyard at the front of the house, or on to the back garden or both. The lounge provides access to a toilet on the ground floor.First floorThe landing in the first building provides access to a bedroom, with a bathroom and a toilet, featuring compartmental parquet flooring, a French ceiling and a marble fireplace. A corridor in the second building leads to two bedrooms, one of which has a shower room and toilet, as well as to a bathroom and toilet. Both bedrooms have strip pattern parquet flooring and marble …

This property is located in Maine et Loire (49) on 15min drive from Saumur in de middle of the wineyards. The house is surrounded by a lovely park of 2 hectares. Many outbuildings and...

Ref. 3742 Beautiful manor house for sale South Maine et Loire Situated in the South of Maine et Loire in the historical and natural region of Mauges on the edge of the Saumur region,... 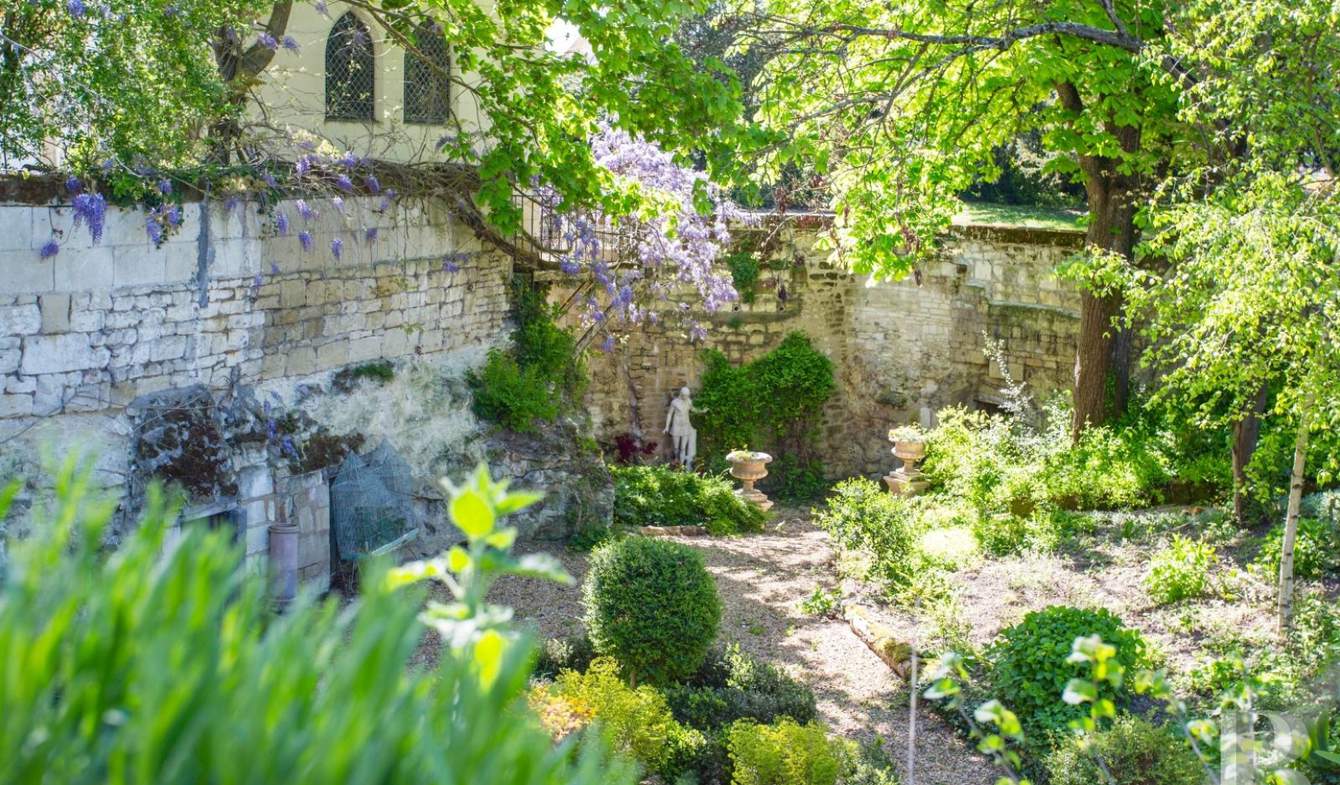