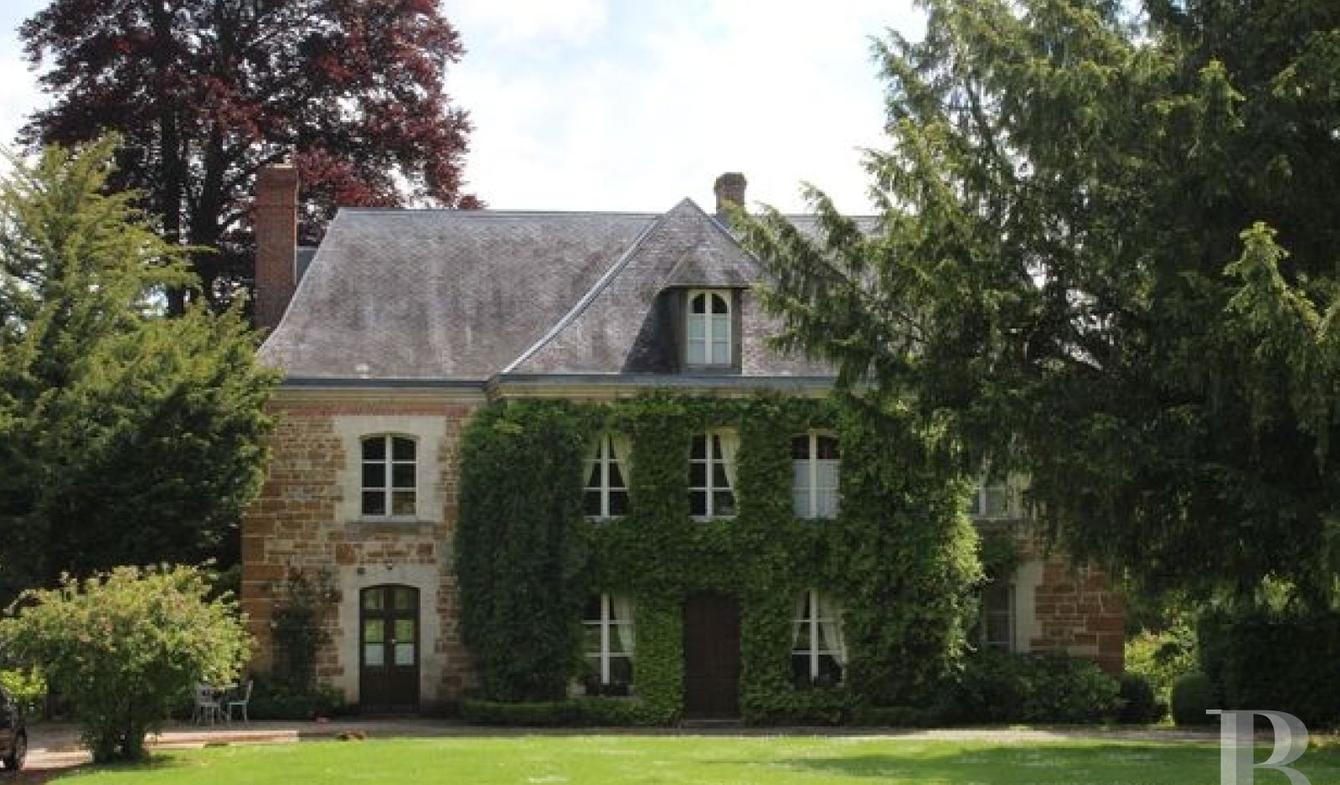 A prioral property comprising 7 restored buildings, including a tithe barn and a listed chapel, in more than 2 ha of land, 180 km from Paris in the Pays-d'Auge-Ornais region.This priory is in a region known as the Pays-d’Auge-Ornais and dominates a valley, interspersed with woods, fields and meadows. It is 180 km from Paris. Saint-Lazare train station can be reached in 100 minutes from Lisieux, 32 km away, whilst Montparnasse train station takes 110 minutes from Argentan, 25 km away. A slip road on to the A28 motorway, going to the north and the south-west of France, is 30 minutes away. Vimoutiers, 6 km away, has schools, shops and amenities.This property and its perimeter wall, set halfway up a hillside, can be seen in the distance from local roads winding their way through this undulating, heavily wooded region. Gates open on to a shady driveway which leads to a square courtyard. The latter is surrounded by the prioral house and the chapel in a corner, as well as the old bakery, extended by the press-house and the monks’ cells. The tithe barn and the old dairy stand facing the press-house, from which they are separated by a pond. The old stables are set back.In addition to the prioral house, the bakery, the press-house, the dairy and the stables have been converted into holiday rental accommodation units and spacious bedrooms for a bed & breakfast activity.The prioral propertyFounded in the 10th century by the monks from Jumièges Abbey, the priory contributed to the enhancement of a region covered with oak tree forests. Construction of the chapel, the tithe barn and the perimeter wall began as of the 13th century. The estate was put up for sale as national property at the time of the French Revolution and it then remained in the hands of the same family until the 1980’s.The walls and lower sections of the buildings forming this prioral property were constructed from “Roussier” stone, a local ironstone, between the 13th and 19th centuries. The roofs are covered with flat, terracotta tiles, except for those of the prioral house which are slate.The 18th century prioral houseThis prioral house was built in 1771. A rectangular building featuring a central projection, its openings are vertically aligned on both levels. It is topped with a hip roof.Ground floorDouble oak wood doors open into a wide entrance hall, paved with white flagstones and walls lined with wainscoting. A three-quarter turning stairway, with wrought iron railings, leads upstairs.The entrance hall provides access to a very bright, triple aspect lounge, then a dining room and a kitchen. The walls of these rooms are lined with panelling, their ceilings feature moulding and their floors covered with grey and white marble or paved with the same white flagstones.The kitchen has old, hexagonal terracotta floor tiles and the ceiling beams are exposed throughout.First floorA central landing and a long hall area provide access to three bedrooms, each with a bath or shower room and toilet. All are steeped in light courtesy of their windows, overlooking the garden.Second floorThis level, with its slightly sloping ceilings, is reached via a wide, concealed stairway, providing access to a long hall area. It comprises three bedrooms, a linen room and a bathroom with a toilet. The listed, 13th century chapelAn old roofing framework supports a gable roofFive stone steps lead up to the entrance. The room, spanning a floor surface area of approx. 42 m² and featuring whitewashed walls, is illuminated via a gothic window. It has a barrel-vaulted ceiling.The floor is covered with terracotta tiles.The entire building has been restored. A small …

Listings similar to this house, Alencon

Situated on a hill side, in the Auge Region, the magnificent Priory is one of the rare Benedictine places wich has survived from the middle ages keeping it's main buildings: The...

Ref.3392 : French property for sale in Normandy. At about 2h30 drive from Paris, we discover this wonderful architectural whole set on the hillside. 6 km away, a small town offers the...

Private mansion late 18th century on a wooded and landscaped park of 3000 m² enclosed by walls located in the heart of one of the prettiest cities in Perche. This private mansion, a... 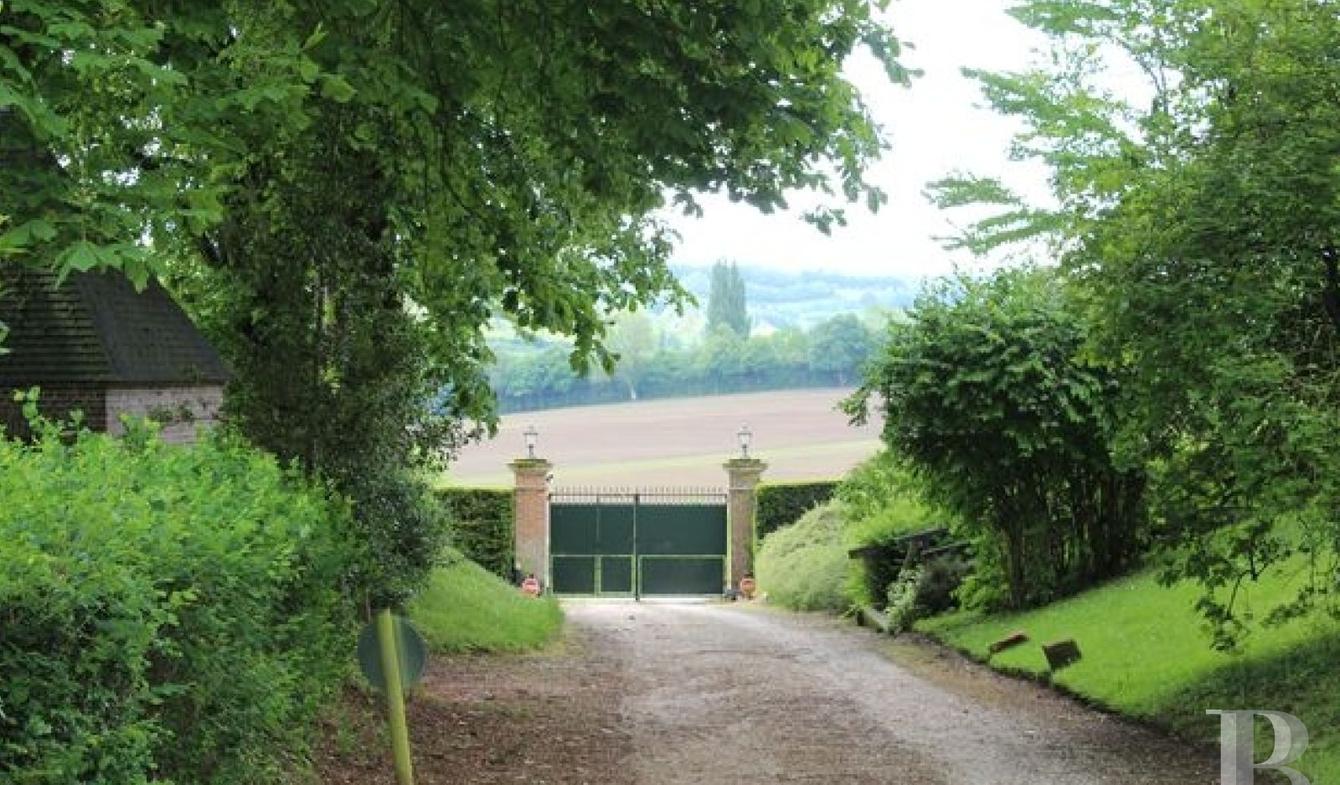