A large, luxurious, 18th century home, with elegant outbuildings and a well-concealed garden, 130 km from Paris on the borders of the Perche and Ouche regions.This property, 130 km from Paris, where the borders of the French departments of Orne and Eure meet, stands in the peace and quiet of a little commune in the Risle Valley. The village has two churches, Notre-Dame-Outre-l'Eau, dating from before the 11th century, deemed to be one of the oldest in France, and the 14th century Saint-Germain. It is near to Verneuil-sur-Avre and L'Aigle. A train station with 80-minute links to Paris-Montparnasse is 10 minutes away.This property, in the midst of a little commune, dates from 1793 and extends over 7,400 m². It comprises a large, 3-storey house and several outbuildings. The facade walls are composed of brick, in a warm red-orange colour, with lime cement jointing, set with string courses and grey-rendered stone trumeaux.On the right of the road side, a tall, wide porch way, closed by a heavy gate, provides access to the garden side. A semi-circular arched entrance door, in the centre of the house, opens on to the porch reached via three sandstone steps.On the garden side, two outbuildings and a swimming pool flank a large lawn, flower beds and tall trees. A cement bridge at the end, between the garden and a meadow, replaced the draw-bridge around 1900 and leads to a large, long planted meadow stretching to the river Risle.The large, luxurious homeThis vast residence is the width of the porch way plus five bays on either side of that of the entrance door, three on one side and two on the other. This provides eight bays on the first floor. Above, the roof features five shed dormers, decreasing in size from the centre outwards whilst alternating oval and rectangular windows.Ground floorThe entrance hall provides access, right, to the reception rooms including a small lounge, with a large lounge behind it. Both these rooms intercommunicate via two sets of tall double doors. The large lounge opens on to the garden via a large set of double French windows. A large marble fireplace, topped with a mirror, takes pride of place in the middle of one wall. An adjoining dining room also opens on to the garden. The walls, panelled from floor-to-ceiling with polished oak wood, and the old Prussian, enamelled cast iron wood-burning stove create a particularly warm atmosphere. The ceilings in these three rooms are wrought and the oak wood parquet flooring is laid in a herringbone pattern in the dining room and in a randomly-matched pattern in the large lounge.A large kitchen, to the left of the entrance hall, is big enough to include an eating area. With its terracotta floor tiles, taken from a chateau, reiterating the warm hues of the exterior bricks and its large hearth above the ovens, it is still steeped in the convivial charm of an old family kitchen.The vestibule that separates the dining room from the kitchen leads to a porch separated from the garden by four sandstone steps.The ground floor also includes a laundry room, a cloakroom and a door to the basement.First floorThe first floor can be reached from the vestibule, on the garden side, via a superb oak wood stairway, the wrought iron railings of which are alternately straight and wavy. On the right-hand side of the landing, the master suite comprises a large bedroom, with its own private bathroom and dressing room.On the left-hand side of the landing, a corridor leads to 4 bedrooms, a bathroom, a shower room and a toilet.Second floorThis level is laid out as a large area with a reading room, a television room, rooms for playing and a music room. These spacious rooms are dominated by the monumental, oak wood roofing framework.Two small bedrooms, a bathroom and a vast attic complete this floor.

Listings similar to this house, L'Aigle

Centre-ville, this mansion built in 1860 is distributed as follows: on the ground floor, entrance serving an office of 18m², a living room of 24m² opening onto the garden entirely...

For sale, beautiful château from the late 19th century in good condition of about 700m2 with triple reception room and 12 bedrooms over three floors. Located near a charming chapel...

Near l’Aigle, a dynamic town located 1h20 away from the Porte d'Auteuil, beautiful mansion of about 350 m² and its outbuildings on a 3 hectares plot. Charming residence was built at the... 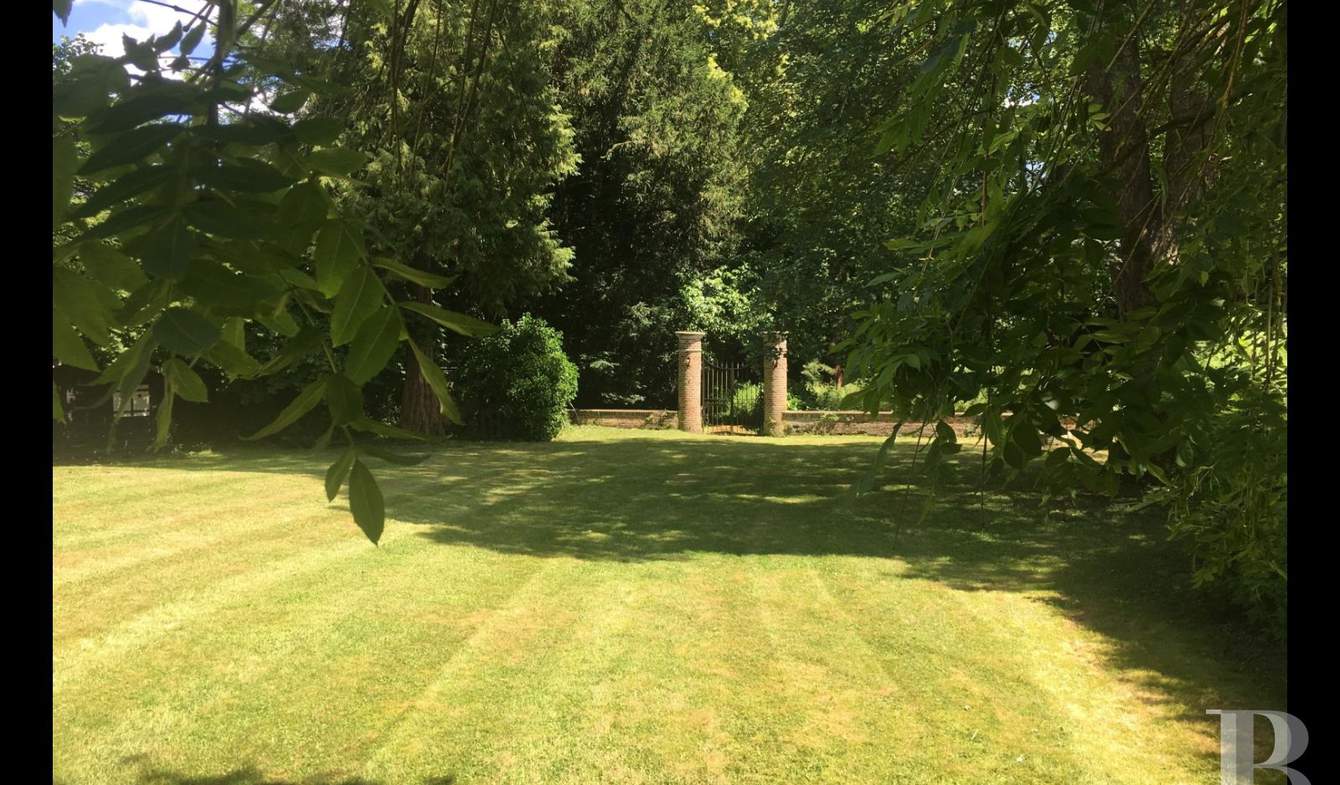