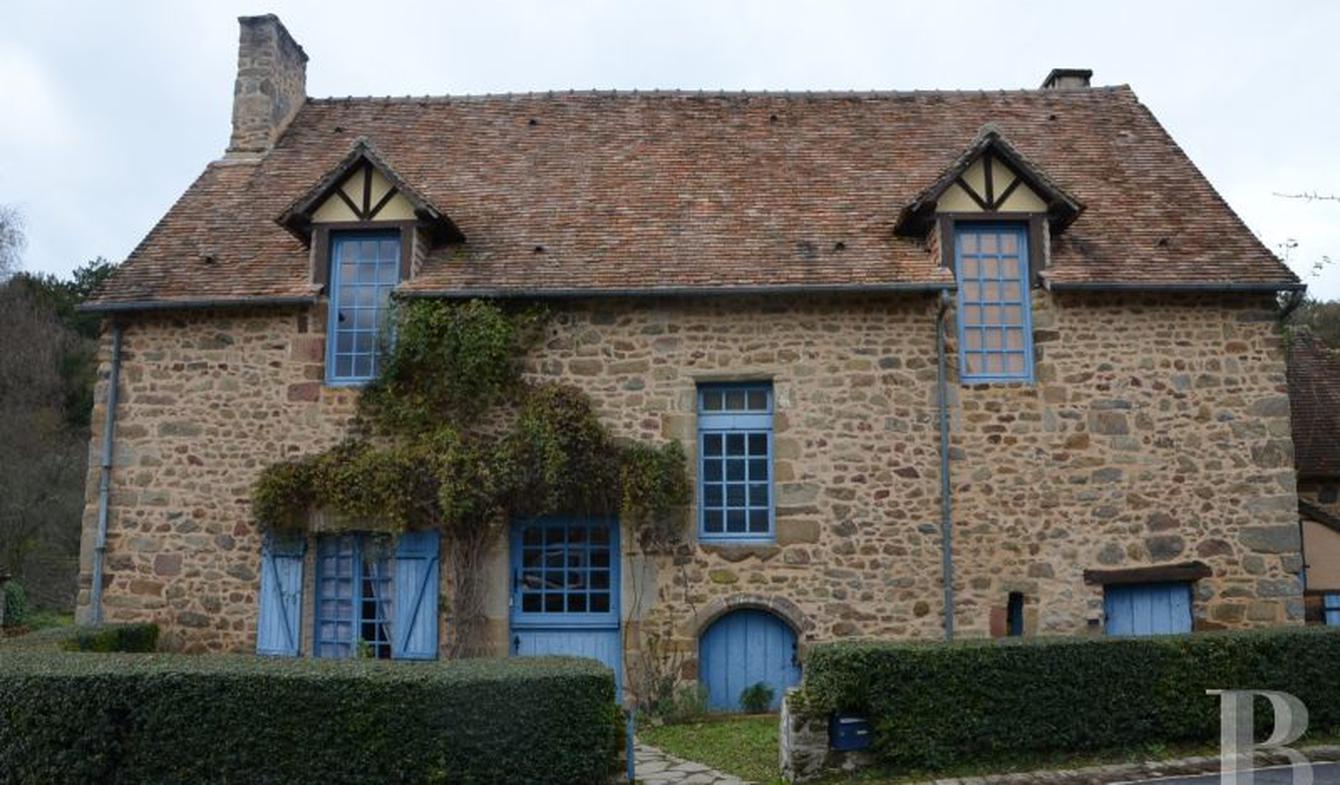 An 18th century house, its terraces and its garden, south of Normandy-Maine Nature Park, in a village classified as one of the most beautiful in France.Near to Alençon, less than 15 km from the town centre. 200 km from the centre of Paris and less than 15 km from the N12 or the A28 motorway. 50 minutes from Le-Mans with its excellent motorway and rail links (55 minutes from Paris-Montparnasse station; 1Ÿ hours from Roissy-Charles-de-Gaulle airport). Local shops and restaurants in the village and surrounding area. A multiscreen cinema, a concert hall and supermarkets 15 km away. Outdoor activities and forest tracts near the house.This property stands on the bank of a quiet river, crossed by an old bridge, with four arches, which leads to a village, characterised by its great architectural unity. Small gardens next to each of the house's facades, are enclosed by hedges or walls. The house faces east-west. The garden side provides a view of a church, perched on a hill, a few houses and an old mill, all immersed in their natural surroundings. A series of outbuildings comprise a barn, a garage and a storeroom.The residenceThis property was originally composed of two houses which have been joined to make a single residence. The house is entered via the east side, through a small garden. A short flight of stone steps on the south gable leads to an area which could become an artist's studio shop, an entrance hall or a second lounge. A second entrance, on the west side, opens on to the garden laid out in terraces on different levels, covered with wood. The view from there extends across vegetation to the garden, the river and the surrounding countryside.This rectangular building spans two levels under an attic and over a partial cellar. Adjoining the main house is a 2-storey building. The roof is covered with old tiles on the east side. (The west side was redone less than 10 years ago.) The exposed, lime-pointed Roussard sandstone facades feature numerous, regularly aligned, wooden-framed windows. A central stairway dates from the 16th century, its stone having been recuperated from the old village castle. It provides access half-way up to the adjoining building and to the first floor of the main house.Ground floorThe east entrance opens into a living room with an open-hearth fireplace. The rendered walls are lined with old features such as built-in cupboards, stone lintels, etc. Said living room opens into a large, fully fitted kitchen which, in turn, provides access to a west-facing terrace on the garden side. Adjoining are a back kitchen and a toilet. The exposed 18th century beams go beautifully with the terracotta floor tiles which change to modern floor tiles in the kitchen.Half-storyA few steps lead to a second lounge, a toilet and a small open-plan room with a fireplace and a kitchen area. A door opening directly on to the street via a short flight of stone steps could be used as a shop. It could also be used as a spacious bedroom for two or four guests, separate from the main house, as part of a bed & breakfast activity. A wooden stairway leads to the upper floor in this section which includes a bathroom with a sauna, a shower and a spa bath.First floorA large multimedia lounge with a mezzanine. The latter opens on to a corridor which leads to a bedroom, two dressing rooms and a bathroom, with a spa bath and a toilet. Next to the mezzanine, designed as a sleeping area, are a shower, a spa bath, a sauna and a toilet. The floor surface area is spacious. The walls are rendered or painted, the ceilings painted and the new floors made of maple wood.AtticA wooden stairway goes up to this level from the landing room in use as a dressing room. This area, laid out under the roof slopes, is ideal for a child or teenager as it comprises sleeping and study ...

Listings similar to this house, Alencon (61)

Contemporary property of 195 m² for sale, open to the outside with a magnificent view overlooking the landscaped park. This house of architecture, bright, generous volumes serves a large... 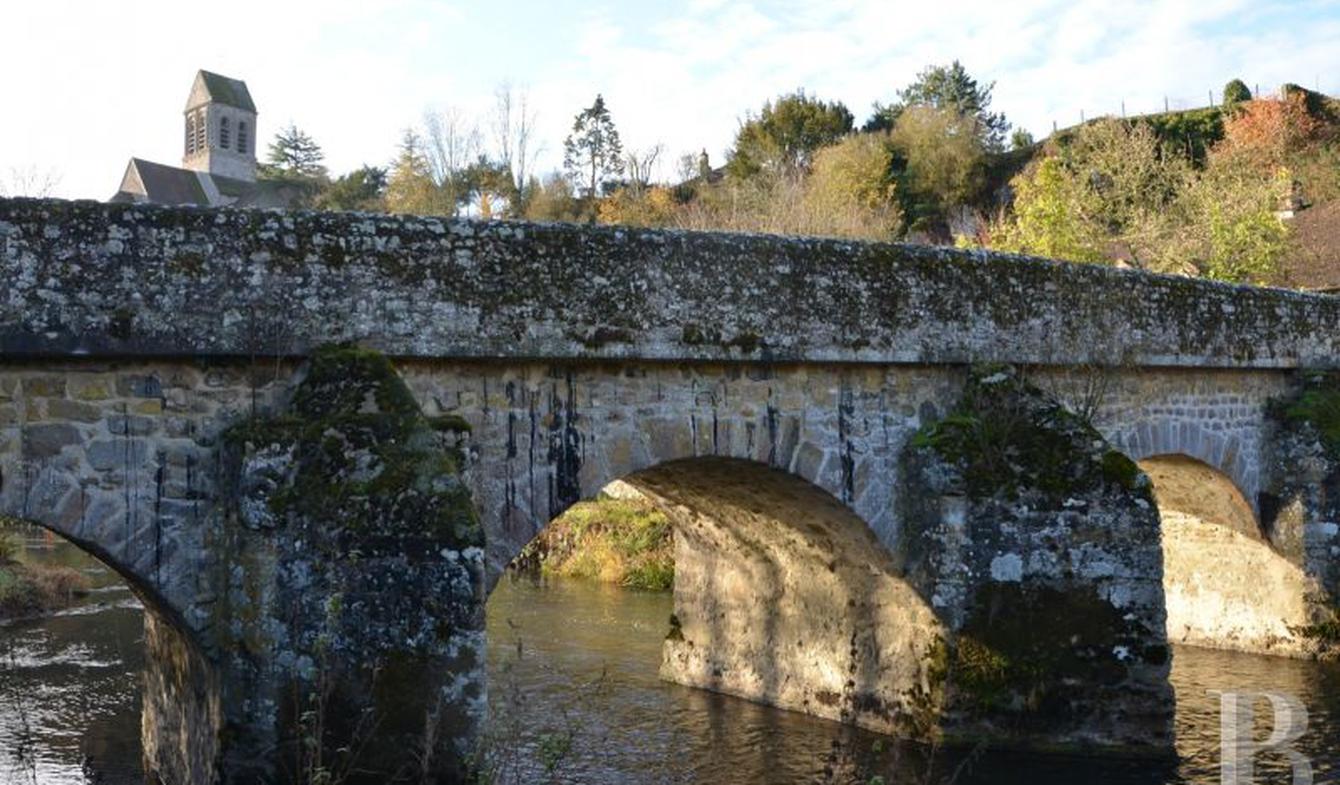