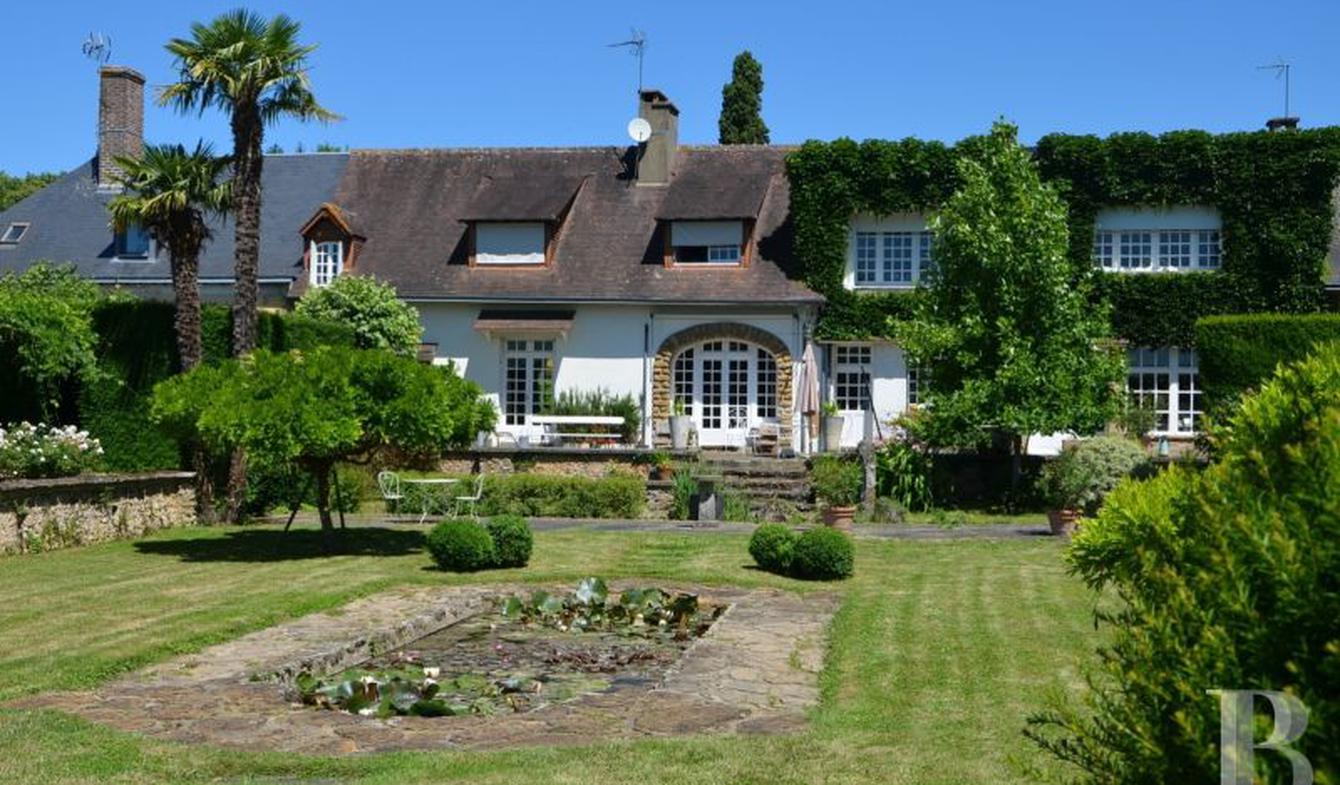 An 18th century residence, with a Mediterranean style garden and a view over grasslands, in a quiet village near a national forest in the Loir Valley.On the borders of the old French provinces of Maine and Touraine. In a village in the heart of an urban triangle with Le-Mans (45 km), Tours (50 km) and Vendôme (45 km). 240 km from Paris. Reached via the La-Ferté-Bernard exit off the A11 Paris-Le-Mans motorway or the Château-du-Loir exit off the A28 Rouen-Tours motorway. Vendôme TGV train station (45 km) has 44-minute links to Paris-Montparnasse. The Loir Valley, a land of gastronomy, art and culture, is a small vine-growing and tourist region 60 km to the north of the Loire Valley. Near to character towns with contemporary art and crafts centres. The mild climate and the soil encourage the production of the Coteaux-du-Loir wines.Near to the national Bercé forest with water sports on the river Loir.The village has some excellent local shops. Near to three towns with all amenities (markets, shops, all schools, cultural and sports centres).This sober residence, dating from the 18th century and featuring an early 20th century extension, is concealed behind high walls on the outskirts of a village. The wooden gates, on the north side, provide access to the property's courtyard. Outbuildings on the left-hand side are built at right angles to the residence. They include a garage adjoining a cold house, opening on to a south-facing terrace with a general view over a garden, featuring an ornamental pool, decoratively trimmed buses as well as palm trees and exuding a Mediterranean air. Beyond the terrace, the garden is crossed by a brook frequented by wild ducks. It was once used to supply water to a brickworks. It is completely enclosed by high walls. A terrace at the end of the garden features a balcony with a view over the fields. A track suitable for cars, on one side of the property, leads 150 m to an orchard. This track also provides access to many interconnected hiking trails leading far into the valley.The houseThis residence has two construction periods. Its origins date back to the 18th century, possibly even the 17th century in parts, as is shown by the stairway balusters. Rectangular in shape, it spans two levels with a gable roof, covered in tiles, and featuring shed dormers. Its extension, added in the early 20th century, has a flat roof with a terrace above the garage and oculi letting in light via glass blocks. The most recent section has rendered walls, covered with Virginia creeper. Facing north-south, through light makes it extremely luminous. Other features include oak woodwork and glazed doors, exposed ceiling beams, old hexagonal terracotta floor tiles from Salernes and old pig cast iron radiators with floral designs.Ground floorEntrance doors open directly into a central dining room or into the kitchen, to the right of which is a cold house, containing all the house's technical machinery. The dining room precedes a lounge, with an area intended as a study, followed by an old stairway going upstairs, under which is a shower room with a toilet. The lounge features a large fireplace with an open hearth which has the particularity of being able to accommodate two people facing one another. The kitchen, with its glazed, Salernes wall tiles, also exudes character. All the rooms open on to a large, south-facing terrace with a view over the garden and its stream.First floorA first hall area provides access to a toilet and a bedroom. A spacious, bright corridor, across a threshold, is lined with large cupboards and leads to two bedrooms and a bathroom with a toilet. This bathroom can also be directly reached from the third, biggest bedroom, which has a terrace formed by the flat roof of a garage. Between two adjoining bedrooms, a bright study also used as a ...

EXCLUSIVE, Fresnay sur Sarthe, property on 4ha composed of a fully rehabilitated dwelling house combining modernity with its wooden part and authenticity with its stone part, it...

Ref. 3589 House for sale in Normandy The property is located in Normandy on the borders of the departments of Orne and Sarthe. Farmland and culture where alternate plains and forest.... 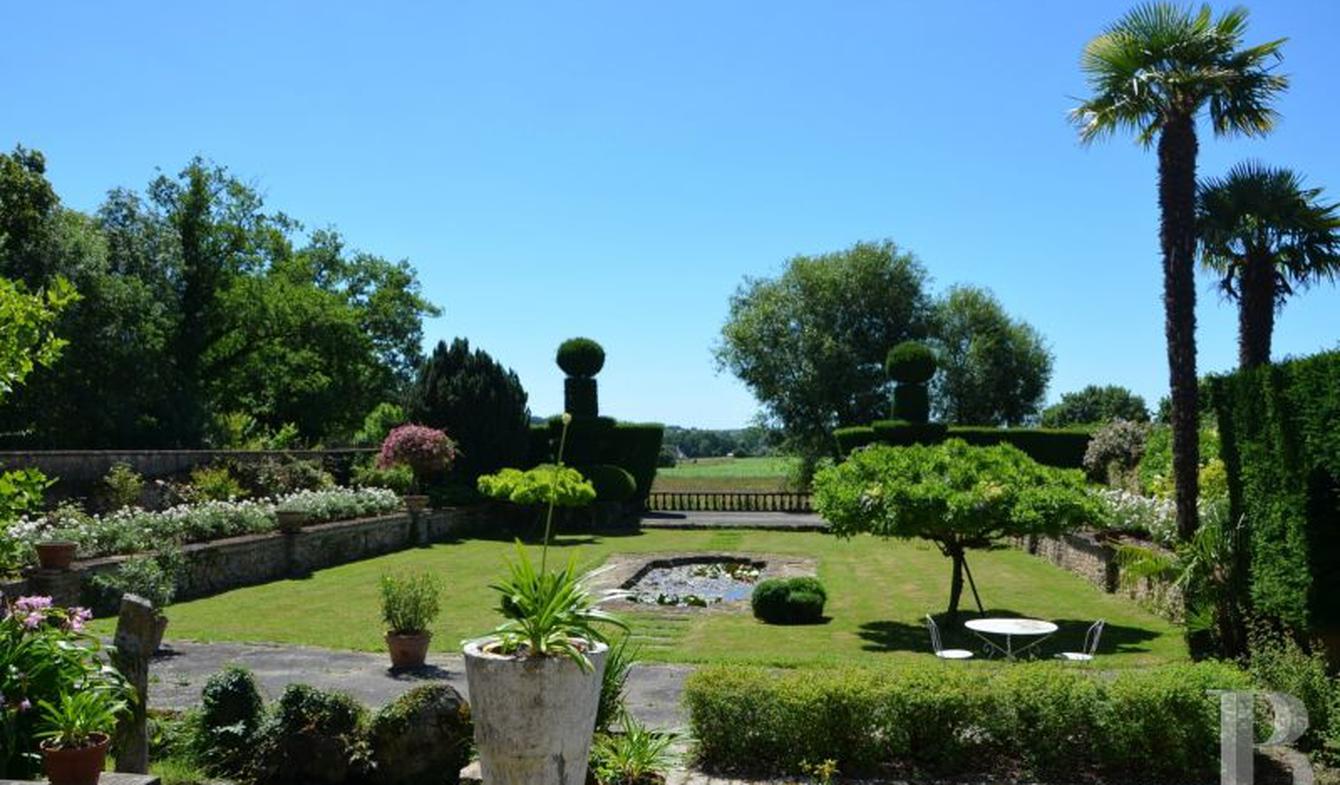