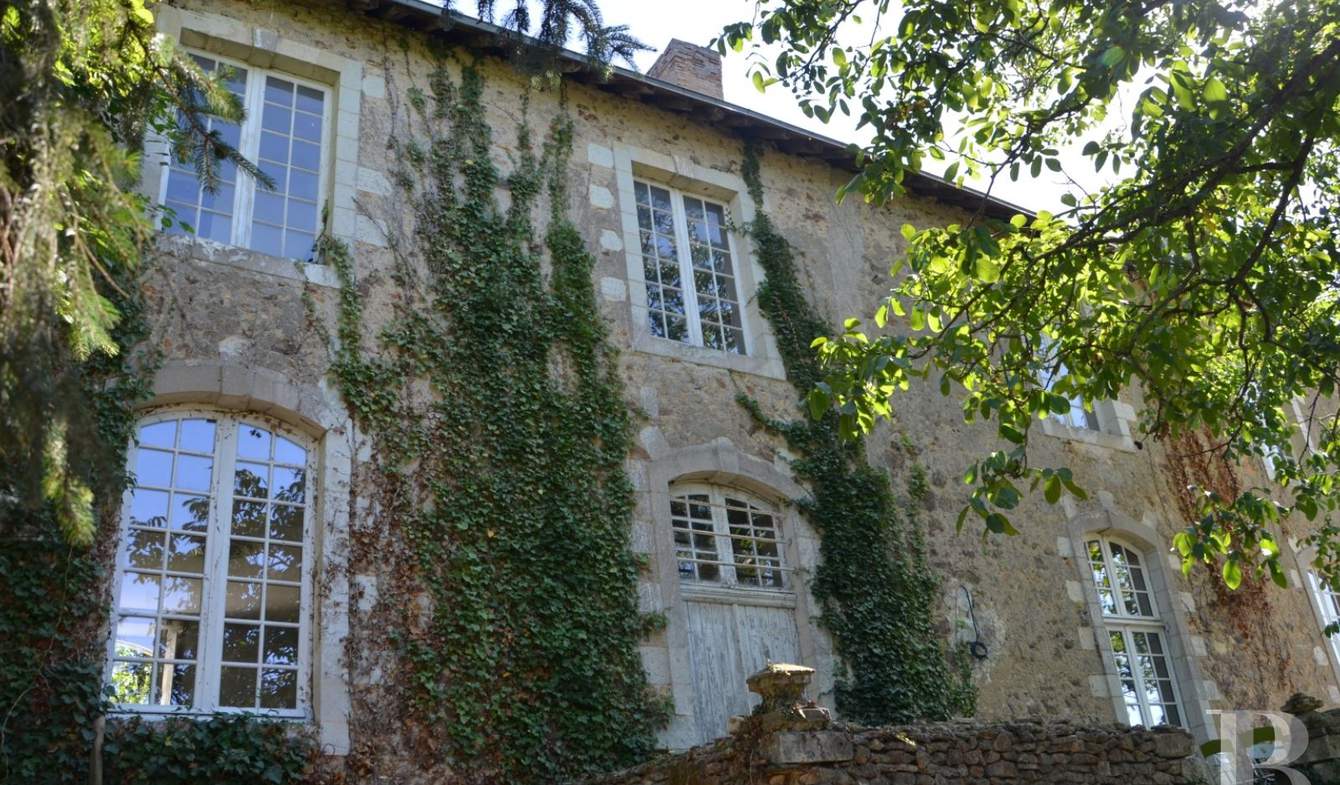 In the north of the Anjou region, a 16th & 18th century priory and its hanging garden, spanning more than 2,500 m², with a view.Near to Sablé-sur-Sarthe, less than 10 minutes from the town centre and a TGV train station. The multimodal transport hub links Paris, Rennes and Nantes by train in an hour and Le-Mans, Angers as well as Laval in 20 minutes. 260 km from Paris and 150 km from Nantes. This area is in an ideal location, easy to reach courtesy of its good road and rail links, and all these towns provide a large employment pool. 50 km from the Loire Valley, the area around Angers. Amenities within a 5 km radius include a supermarket, doctors, a market selling local produce as well as growers and producers of organic products (vegetables, cheese, etc.). A golf course is but 10 km away.This sober, monastic building stands in the midst of a village, set back behind a church and concealed behind tall gates, flanked by pillars. Dating from the 16th century, it was constructed on 8th century foundations and modified in the 18th century. It is on the north-west side of a 12th century church, in which frescoes dating from the same era were recently uncovered.The wooden gates open on to a garden, enclosed on the west side by an outbuilding. On the east side, it extends towards an alleyway lined with lime trees, several hundreds of years old, at the end of which is a hanging garden, surrounded by low walls and planted with fruit trees and rose bushes. This garden provides a view taking in the surrounding countryside. Below, a little stream flows through vegetable gardens belonging to the village houses and supplies water to several local mills, no longer in use.The prioryThis priory, spanning a floor surface area of approx. 330 m², was redesigned in the 18th century with the addition of two wings. Laid out in a U-shape over three levels, it is partially built over a vaulted cellar and is topped with a slate, hip roof. Its local stone walls are lime-rendered. Bernay stone and freestone was used for the door and window surrounds. Facing south-north with through light, it is very bright inside. Oak wood windows and glazed doors have indoor shutters, double-glazing on the ground floor and single-glazing upstairs. The house still has its wonderful original decorative features such as its whitewashed interior plaster walls, its panelling, its fireplaces backing on to the walls, its old terracotta floor tiles with inlaid decoration, its exposed beams and its 17th century door and window frames, with some 19th century modifications. The central wooden stairway dates from the late 16th century.Ground floorThe front door opens into a wide, through vestibule, housing a central monumental stairway going upstairs. On the other side of the stairway, the vestibule opens on the north-west side on to a terrace, greatly illuminated by the setting sun.On one side, a large lounge, with four windows and a fireplace, is followed by a study. These areas could be transformed so as to provide a bedroom with a bathroom on the ground floor; the plumbing for such works is already in place. Opening into the vestibule is a lounge with a fireplace and panelled walls. Following on, a door opens into a large kitchen, big enough to include an eating area. It precedes, in the protruding wing, a small room in use as a linen room and a toilet.First floorA long corridor, with old terracotta floor tiles and rendered walls, leads to three spacious bedrooms and their anterooms. Two bedrooms have their own bathrooms and toilets. Near to the third bedroom is a room, with all the plumbing for the future installation of a bathroom.AtticThe attic, reached via the stairway, extends over the entire floor surface area of the house. It holds great conversion potential. The roofing framework, with hemp wool …

Listings similar to this house, Sable-sur-sarthe

Ref. 3697 charming manor house for sale in Sarthe This charming manor is located in the Sarthe department, 40km west of Le Mans and 245km from Paris, easy to access by motorway (at 7km)...

A 15th century presbytery, with more than 5,000 m² of parklands, in a village near to Le-Mans in the French department of Sarthe. Some 15 km from the town centre of Le-Mans and its...

Located in a village on the edge of the forest, this delightful cottage is only 20 minutes from Le Mans and within easy reach of Paris (2 hours by car, 50 minutes by TGV). Sitting on...

In the Loir Valley, near to a national forest, in a lively village, a residence dating from the 18th century and almost a hectare of garden. Where the borders of the old provinces of... 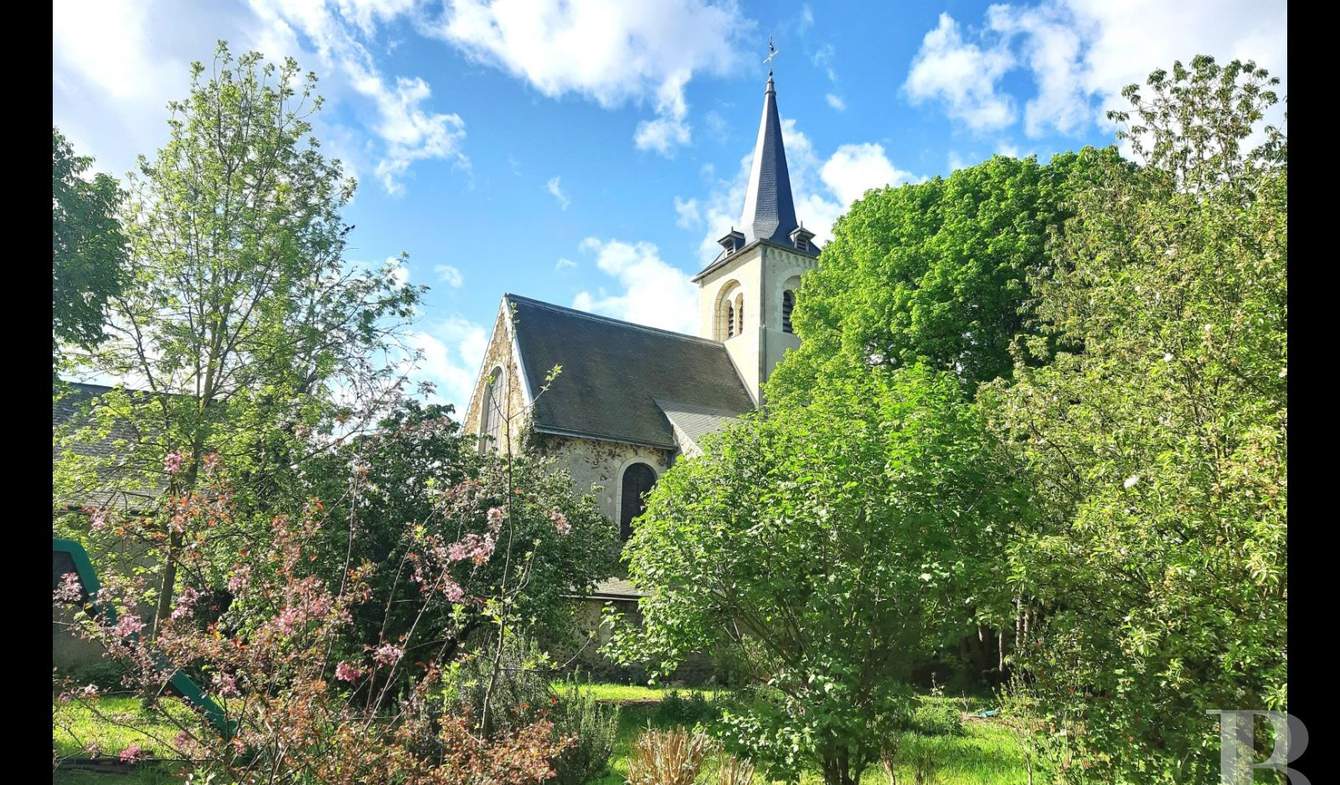