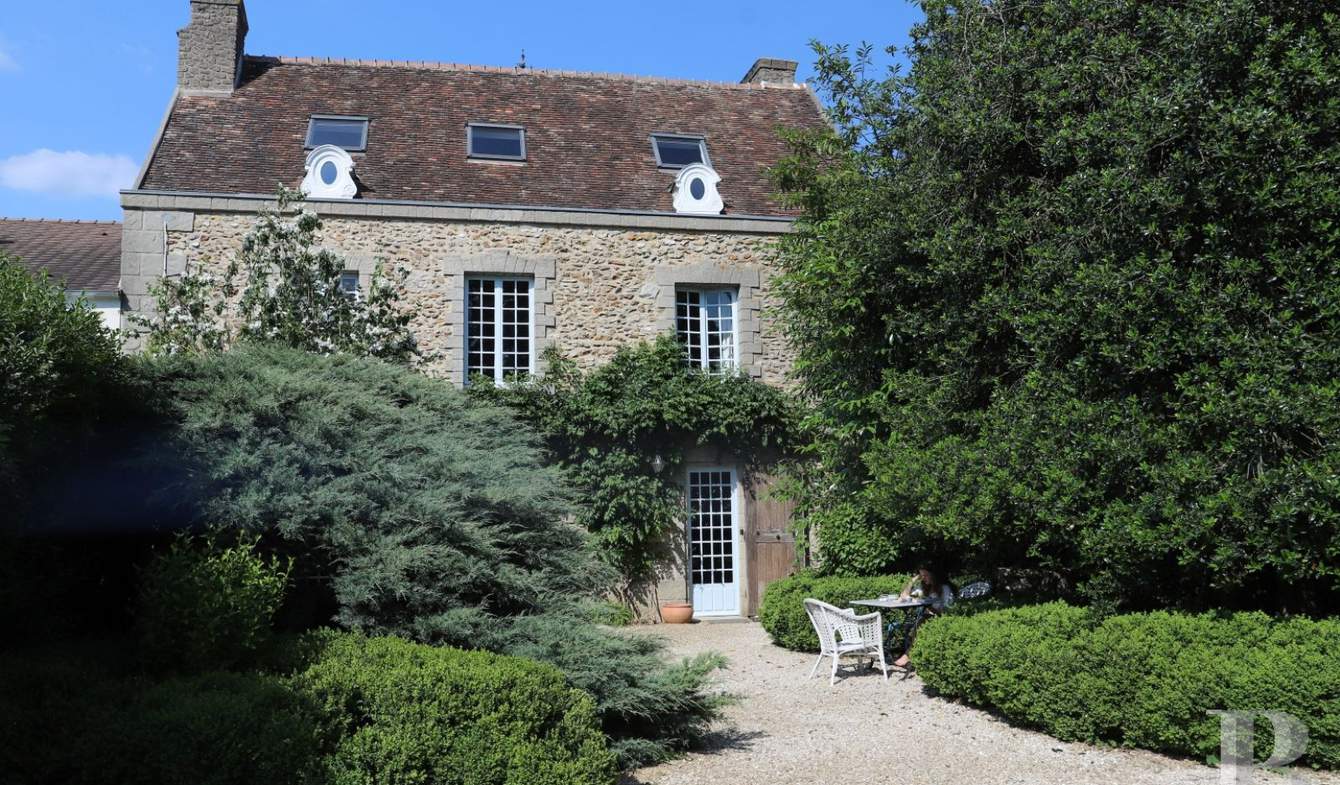 35 km from Paris, in a village in the Seine et Marne department a 17th century fortified manorial farmhouse.In a village in the Seine et Marne with a full range of amenities just 35 km from Paris, 12 km from Tournan-en-Brie RER station, 12 km from Gretz /Ozoir-la-FerrièreAccess to the fortified farmhouse is via a wrought iron gate opening into a paved courtyard then garden and landscaped park. A second gate at the bottom of the park opens onto a municipal path. The gardens include an orchard (quince, fig, cherry and prune trees) and trees of a variety of species (magnolias, seringuas, plane trees, maple trees, yew trees, clumps of bamboo). A well is used for watering. Some hidden treasures uncover themselves as one strolls in the property grounds; a romantic pavilion, small stone building, passing by a calvary with its cross, and a wonderful stone font emerging from the vegetation, stone sculptures and capitals. An ice-house appears in the midst of the surrounding plants and bushes. A few outbuildings: a second house, workshop, wood shed, storeroom, small shelter and a greenhouse.The main houseThe entrance door is made of wrought iron. The building looks like a manor house with its partially incorporated octagonal tower (six sides of the towers are exposed and two incorporated). The facades are of exposed stone. A brattice stands out on one of them, vestige of the past and the roofs are made of local flat tiles (revised in 2005). On the outside one can admire the stained glass mullioned windows.Ground floorThe entrance via the tower opens into a small circular hall incorporating an oak spiral staircase. An old wash basin has been preserved. The floor is made of stone. The first room is a study featuring two bookshelves, one dating back to 14th century, the other to 16th century. The walls are decorated with embossed Cordoba leather. The ceiling joists are exposed. The mullioned windows are fitted with interior wood shutters. There are original terracotta floor tiles here. The lounge with its Provins floor tiles can be heated by the monumental fireplace. The room featuring two encoignures is a through room with a French window opening into the garden. Here again the beams and ceiling joists are exposed. Leading on from here, the dining room, decorated with a trompe l’oeil wood fireplace has parquet floors. Beams and ceiling joists are exposed. The dining room is adjoins the kitchen. There are through rooms with French windows throughout.First floorThe entire floor is covered with old terracotta tiles and the beams and ceiling joists are exposed. All the windows are fitted with interior shutters. An artist’s workshop is illuminated by a picture window with interior shutters. The first bedroom is followed by a room (bedroom or dressing room) illuminated by a double hung small pane window whose two parts can open separately. The master bedroom is illuminated by two picture windows. It features an old sculpted wood fireplace that works. A bathroom and separate toilet is illuminated by a stained glass mullioned window. A landing and small wash basin complete this floor.AtticA study illuminated by a velux roof window, a kitchen area (this floor was previously let out) one bedroom with a bull’s eye window and skylight. Then another very similar bedroom. A bathroom with toilet. Access to the attic is via a staircase behind a door.Annex buildingThis building is more recent (19th century). It has been converted into a duplex flat. On the ground floor: laundry room, living room, open kitchen, bedroom, shower room and toilet. Upstairs: bedroom, wardrobe, bathroom and toilet.Small barn with workshopWorkshop: 6 m2; wood …

Listings similar to this house, Tournan-en-Brie

In the charming town of Saint-Pierre-les Nemours, this house resulting from the transformation of an old grain mill offers a living area of 450sqm (600sqm in total) Ideally located a few...

43km south-east of Paris, less than 10 minutes from Rozay-en-Brie, this neoclassical-style manor was built in the 17th century and then extended in the 19th century. It is hidden from...

Located in the popular town of Ferrières-en-Brie, this contemporary house built in 1980 with high quality materials, offers a living area of 253sqm (375m2 useful) on an enclosed plot of... 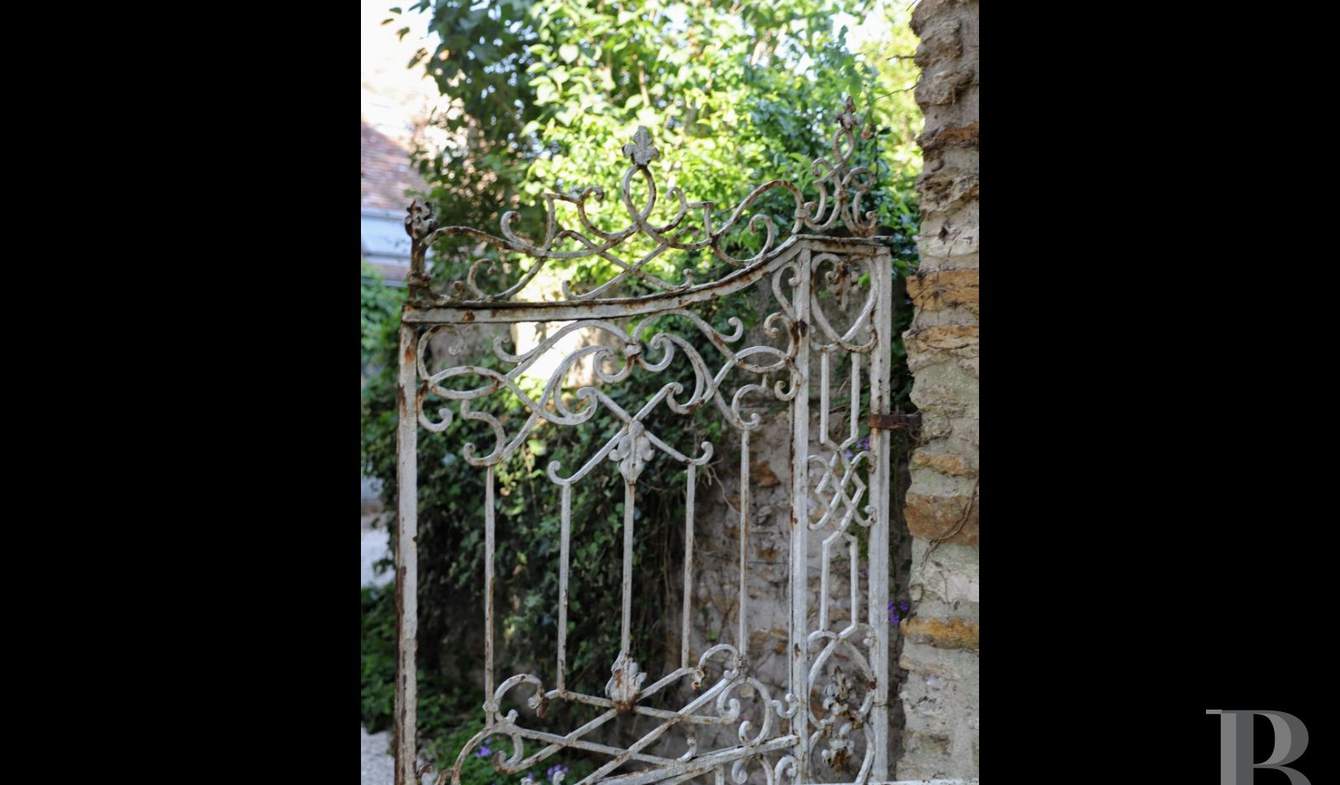