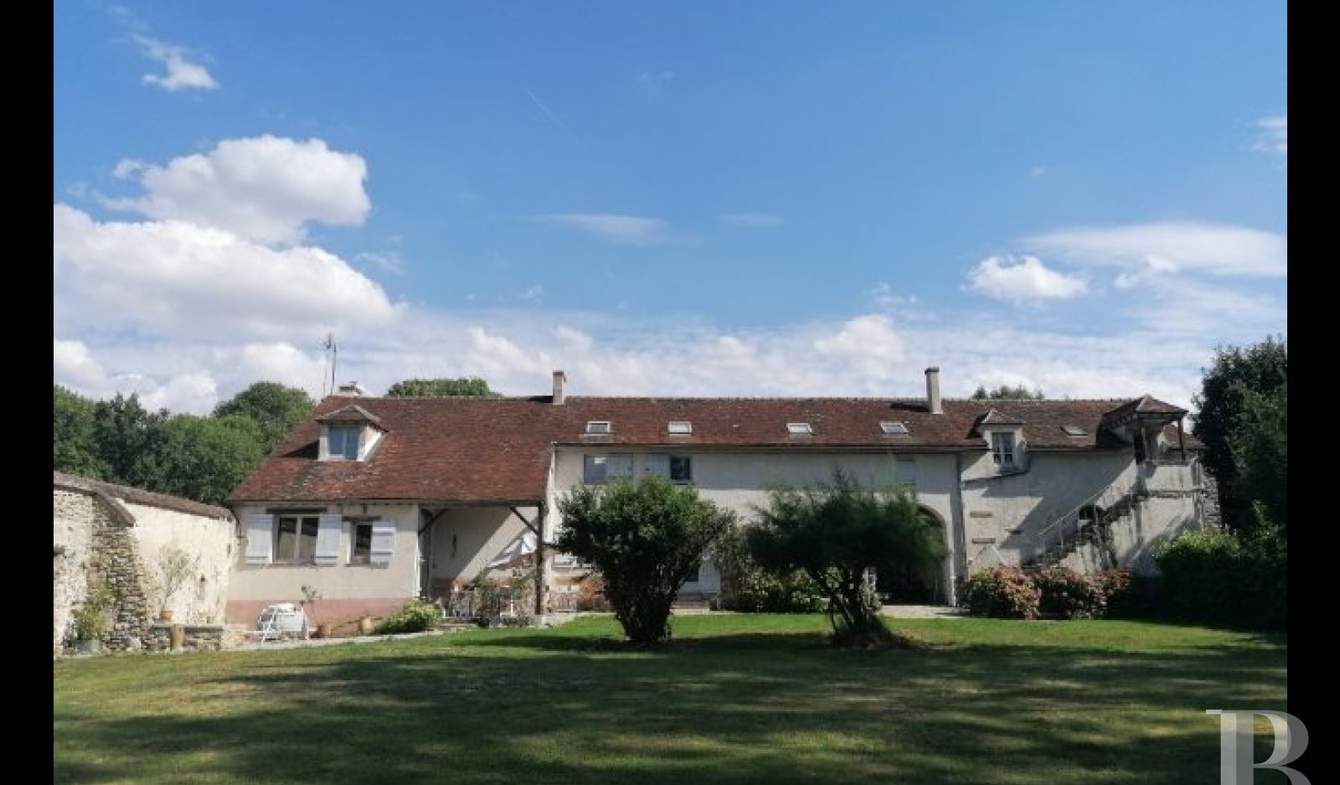 A chateau’s former outbuildings, with a traditional, long farmhouse and outbuildings, a rural property in the peace and quiet, 45 km from Paris-Notre-Dame.45 km from Paris, via the A4 motorway, 9 km from Chessy-Marne-la-Vallée (TGV and RER train lines), 15 km from Coulommiers and Meaux (train links to Paris-Gare-de-l'Est), in a small village, far from all nuisances.These buildings, surrounded by woods and clearings, were once the outbuildings of an old chateau. They are reached via a 200 m long driveway, making the property invisible from the road.The estate is entered via remote-controlled gates, fitted with a surveillance camera, which provide access to a property surrounded by its old fortified perimeter wall, with landscaped parklands and an orchard (cherry, plum, miscellaneous species of apple and pear trees as well as raspberry and gooseberry canes).A 2-storey, traditional, long farmhouse, constructed over a vaulted cellar, around which are terraces that receive the sun all day long.The outbuildings include:- a summer eating area with a monumental fireplace;- a 3-car garage;- 3 outbuildings in use as barns and horse loose boxes;- a swimming pool with a sundeck;- a fast-surface tennis court (in need of attention).An outdoor carpark with ten parking spaces.The traditional, long farmhouseThis L-shaped building is constructed from rendered millstone grit. The roofs are covered with local, flat tiles. The windows are double-glazed on the ground and first floors.The property is entered via a majestic porchway. The house is reached via two doors whilst an outdoor stone stairway goes upstairs.Ground floorThe front door opens into an entrance hall, with old terracotta floor tiles. The ceiling features exposed beams and joists. An old-fashioned kitchen has terracotta floor tiles. A wood-burning stove heats this room which opens into a dining room. Two parallel stairways go upstairs; one, very old with oak wood nosing, has been preserved for its beauty but is hardly used because it is so steep. On one side of the entrance hall, a through lounge which is enhanced by a magnificent stone fireplace. The ceiling features exposed beams and joists. It precedes a study housing a third stairway. On the other side of the porchway are a laundry room and a boiler room, with a condensing boiler. Then comes a versatile room, currently used for games, home cinema and other purposes. A pool-house (shower room with toilet and spare bed). It would be possible to create a 30 m² bedroom with independent access.First floorThree indoor stairways and an outdoor stone stairway provide access to this level. It comprises six bedrooms, three of which are independent and can be reached via the outdoor stairway. A through bedroom, with parquet flooring, a bathroom, showers and an adjoining toilet can be reached via a condemned door if it were to be re-opened. A main through bedroom with its bathroom and dressing room. A third bedroom with a study. Three bedrooms, intended for friends or guests, have electric heating. They are accessed independently (via the outdoor stairway). A shower room and a toilet.CellarConstructed in the 12th century, these cellars are vaulted and have a permanent temperature of 12°.The outbuildingsThese are partially laid out as a continuation of the traditional, long farmhouse:- summer eating area;- a 34 m², room enhanced with a fireplace in good working order;- a 50 m², 3-car garage;- outbuilding no. 1: 34 m²;- outbuilding no. 2: 44 m²;- outbuilding no. 3: 9 m².A 5x12 m swimming pool with a 70 m² sundeck.A fast-surface tennis court.

Listings similar to this house, Melun

On the outskirts of Provins in landscaped parklands, a manor house and its artist’s studio. In a little sleepy hamlet, 90 km from the French capital via the N4, the Francilienne...

Located in the popular town of Ferrières-en-Brie, this contemporary house built in 1980 with high quality materials, offers a living area of 253sqm (375m2 useful) on an enclosed plot of... 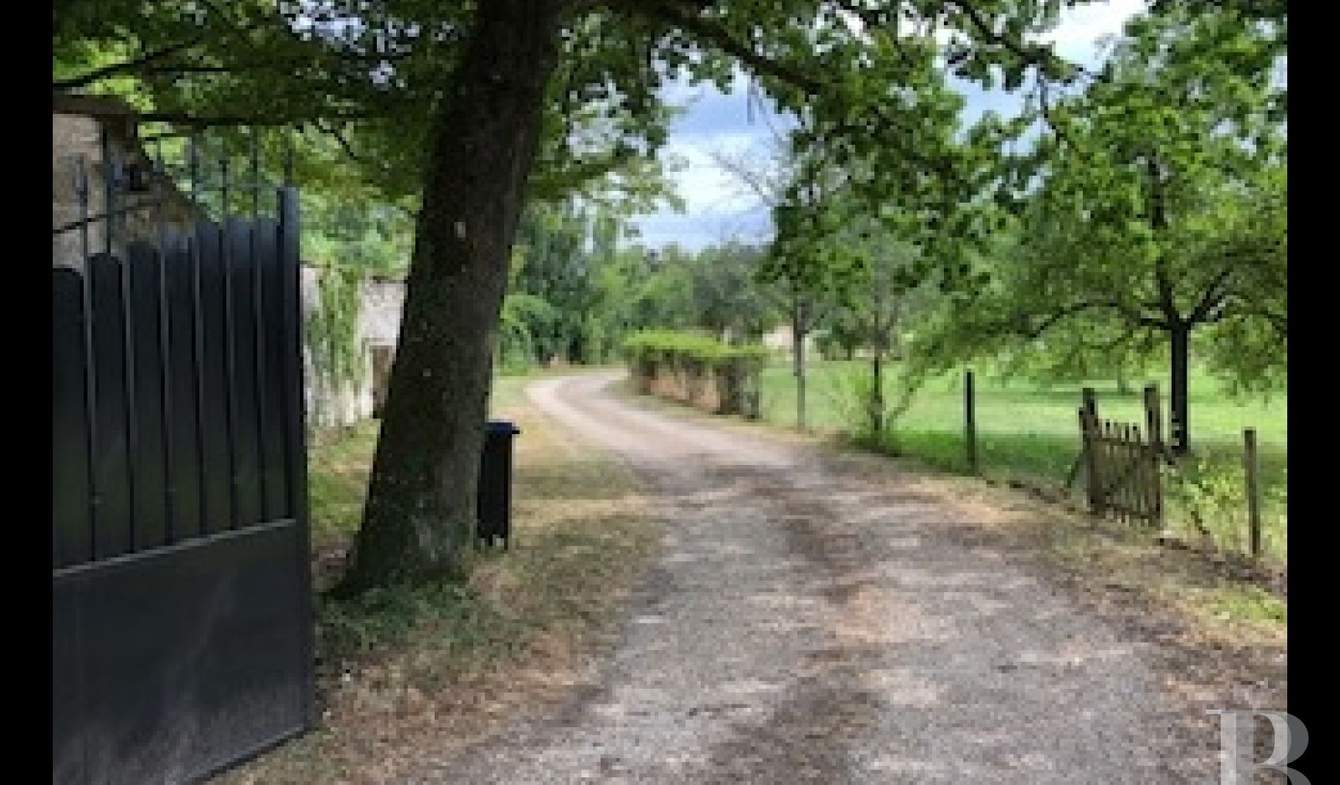