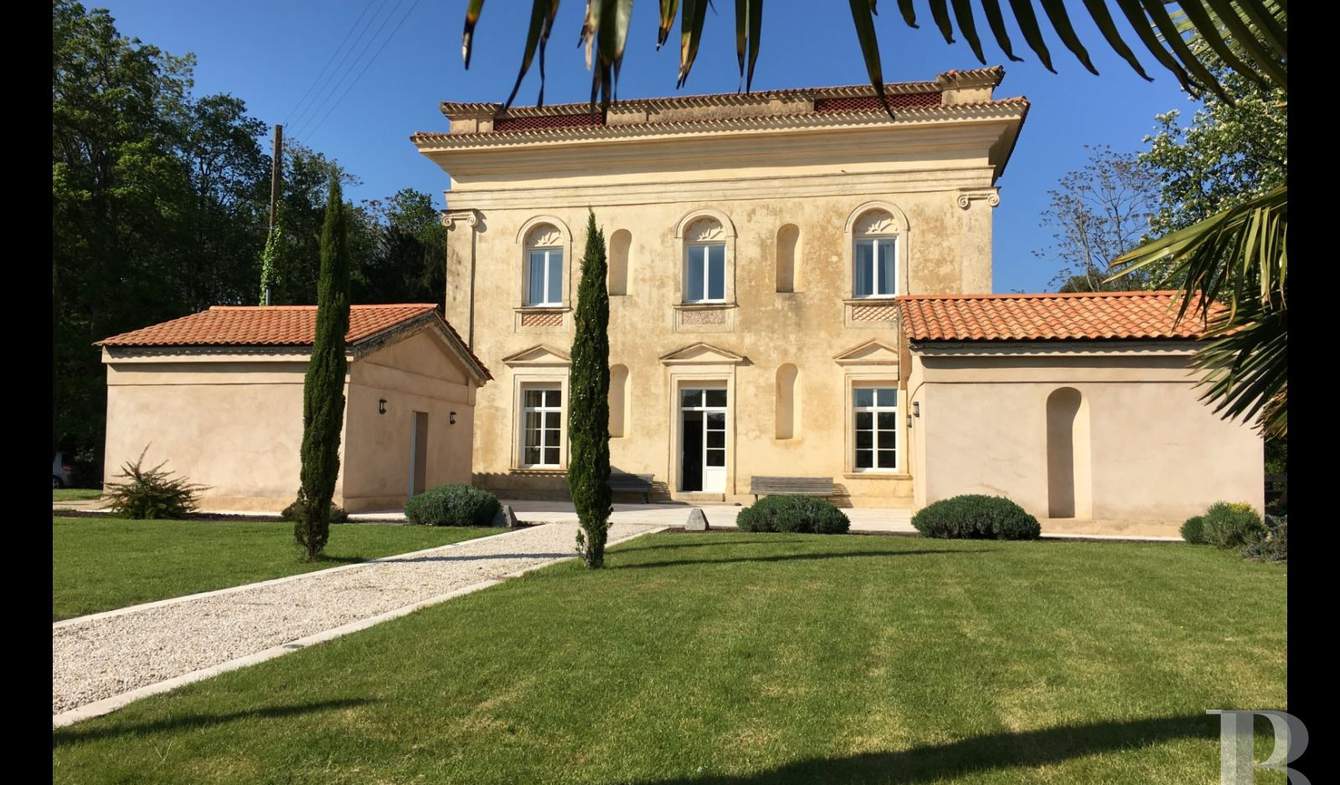 A 19th century, Tuscan-style residence in wooded parklands very near to the little town of Challans in Vendée.This property, in the north of the French department of Vendée, is a few kilometres from the town centre of Challans, near to the beaches in Saint-Jean-de-Monts as well as to Noirmoutier, Roche-sur-Yon and Nantes with its international airport. The railway line and the excellent road network make it possible to move around easily. The dynamic commune, the second major town in the region, has all amenities.Challans is surrounded by well-kept, lush countryside that is dissected by long, winding, tree-lined roads. This property, in a hamlet in the midst of a hectare of wooded parklands, is free of any nuisances. It can be reached via two main entrances. One is guarded by tall, wrought iron gates whilst the other has outstanding wooden gates set in the long stone wall. The gates, with a brick surround, come from an old Parisian mansion house. They open on to a gravel driveway with low-level lighting, bordered by palm and Tuscan cypress trees.The main houseThis house, built in 1830, exudes an Italian air. It was constructed in the traditional way from lime-rendered quarry stone blocks. The four corners of the building feature pilasters with scrolled capitals. The classical entablature has an architrave with three fesses topped with the frieze and the cornice. It goes up to a height of more than ten metres. The long facade features six openings, with triangular pediments or with a floral motif on an overhead panel under a semi-circular arch, and four concave alcoves.The double-glazed PVC openings have electric rolling shutters. Floors are covered with travertine stone tiles, in the reception rooms, or solid pinewood flooring. It has electric heating and a sanitation system with an all-water septic tank in line with current day standards. The current owners renovated all the buildings in 2005.Ground floorThe back entrance is set in the side of the main building, following on from the porch way. Lined with large cupboards, a long corridor provides access to a laundry room, an outstanding, polished concrete stairway and a living room, which is always filled with sunlight courtesy of its four large openings and its triple aspect. The view takes in the parklands or the perimeter stone wall. The fireplace, with its heat recuperation unit, provides all the heat required in the winter months. This area could easily be reorganised with old furniture taking pride of place. The living room communicates with the main, travertine stone, south-facing terrace and with a fitted kitchen. The second, east-facing terrace, with a clear view over the rear of the parklands, is the ideal place for taking breakfast and other meals. The kitchen precedes a storeroom, with its cellar, and a summer kitchen, with access to both terraces. A ground floor bedroom is reached via a little corridor, with a separate toilet. This bedroom, looking out over the parklands, has an adjoining shower room, with an Italian shower, and a dressing room.First floorThe outstanding, polished concrete stairway goes upstairs. The first floor landing provides access to two bedrooms and a separate toilet. There is solid pinewood flooring throughout. Both bedrooms are double aspect, with clear views of the parklands, and have their own shower rooms with Italian showers.Second floorA vast room, currently in use as a games room, could be converted into two additional bedrooms with a communal shower room.The parklandsThe parklands extend over a hectare of grounds. Horse chestnut, sweet chestnut and oak trees border the long, main driveway which leads to the porch way and to the house. Fruit trees such as Mirabelle plum and quince as well as yew, acacia, ash and boxwood complete the wide range of species …

Listings similar to this house, Challans

Bordering the coast in Bretignolles-sur-Mer, this 178 m2 house enjoys breathtaking views of the ocean and allows you to enjoy the beach every day. By discovering the villa, the typical... 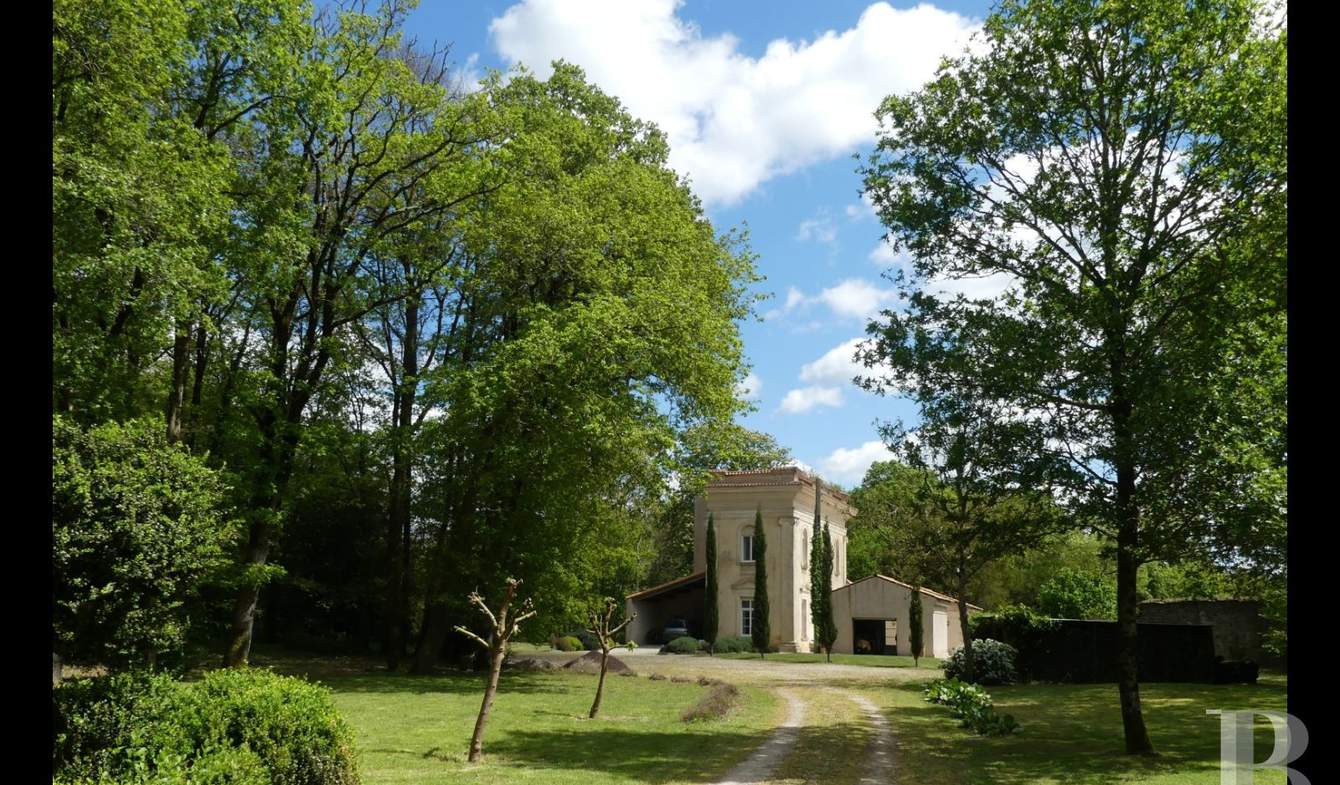