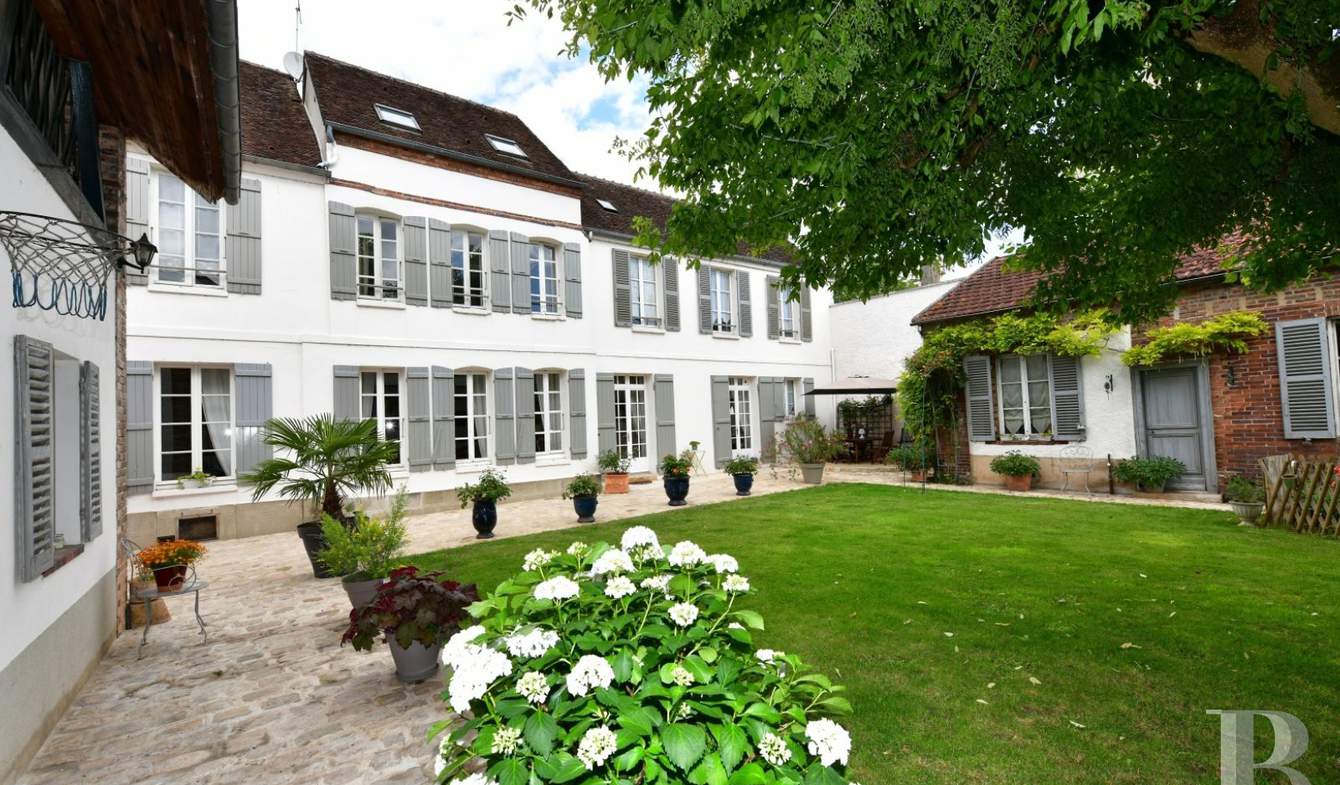 A pleasant family home in the heart of a historic city, one hour from Paris in Burgundy.A Burgundian city of 25,000 inhabitants in Sens and the Yonne department. With the first Gothic cathedral in France dating back to the 13th century, it has an important historical and architectural heritage .Crossed by the Yonne river, Sens is located 125 km south-east of Paris (connected by the A6 and A5 motorways) and fifty-five minutes from Paris-Bercy station by train.A dynamic city with a growing population, it has historically classified halls that house a market twice a week.Located in the historic heart of Sens (known as 'L'amande') and less than fifteen minutes walk from the station, the house is hidden from view. The main south-facing facade overlooks the garden which has an entrance to the 'Promenades'. The main entrance is through a treelined square where a wooden gate leads to a common courtyard with parking spaces.Two small outbuildings facing east/west surround the five-acre garden that features a mix of grass, flower beds and a magnificent maple tree in the centre. A large terrace paved with granite leads to the house.The current configuration, which came about when three houses were brought together, is of a sober and classical architecture and has been perfectly maintained.The white facade is animated by numerous windows with solid shutters. The roof is covered in Burgundy tiles.The main houseWith two floors and an attic, it has a surface area of approximately 340 m². With significant height, the house has two staircases which make moving around easy.Ground floorThis level is 130m² with a high ceiling. The entrance opens onto a corridor which serves as an office with a view of the tree-lined square, the foot of the staircase to the upper floors is located in a vestibule. The rest of the rooms are all adjoined and include a large living room with a fireplace, a dining room, a hallway overlooking the terrace and a large open space which brings together the fitted kitchen, a dining area, cupboards and the start of the second staircase. All the rooms overlook the garden, are covered with traditional tiles on the floor and have white painted walls. Most of the windows and patio doors are double paned.First floorThis floor has approximately 130m² of living space. A hallway leads to a bedroom with a shower room and toilet. There is also a large bathroom with a toilet and cupboards, the master bedroom with large cupboards and a bedroom with an adjoining shower room and toilet. All these rooms are south-facing with beautiful windows overlooking the garden and white walls. The landing leads to a final bedroom (with exposed beams), a shower room and a toilet with a view of the cathedral's south tower. All rooms have wooden floors. The bathrooms, however, are tiled.AtticCovering a surface area of 100m² and illuminated by skylights, the attic consists of an open room with a largely visible frame. A shower room and toilets and a part which remains to be fitted out are located at the end of the room.OutbuildingTwo small outbuildings surround the garden. The first houses the technical room with the boiler, a room with access to the garden and a shower room and toilet. The second is an open space that opens onto the garden with an upper floor and serves as a shed. There is also a room with a water point and a separate entrance.CellarFrom the terrace, a door leads to a very beautiful vaulted cellar of good size which reminds us that we are indeed in Burgundy.

Listings similar to this house, Sens

Located in the centre of Sens, close to shops and the train station and only 1h10 from Paris via the A5, this beautiful 18th century property presents a main living area of 450 m², a 900...

In Burgundy, 100 km from Paris a large luxurious house set in the midst of 7 ha of parklands. 1 hour 10 mins from Paris, close to Sens, in the Gâtinais region, a property... 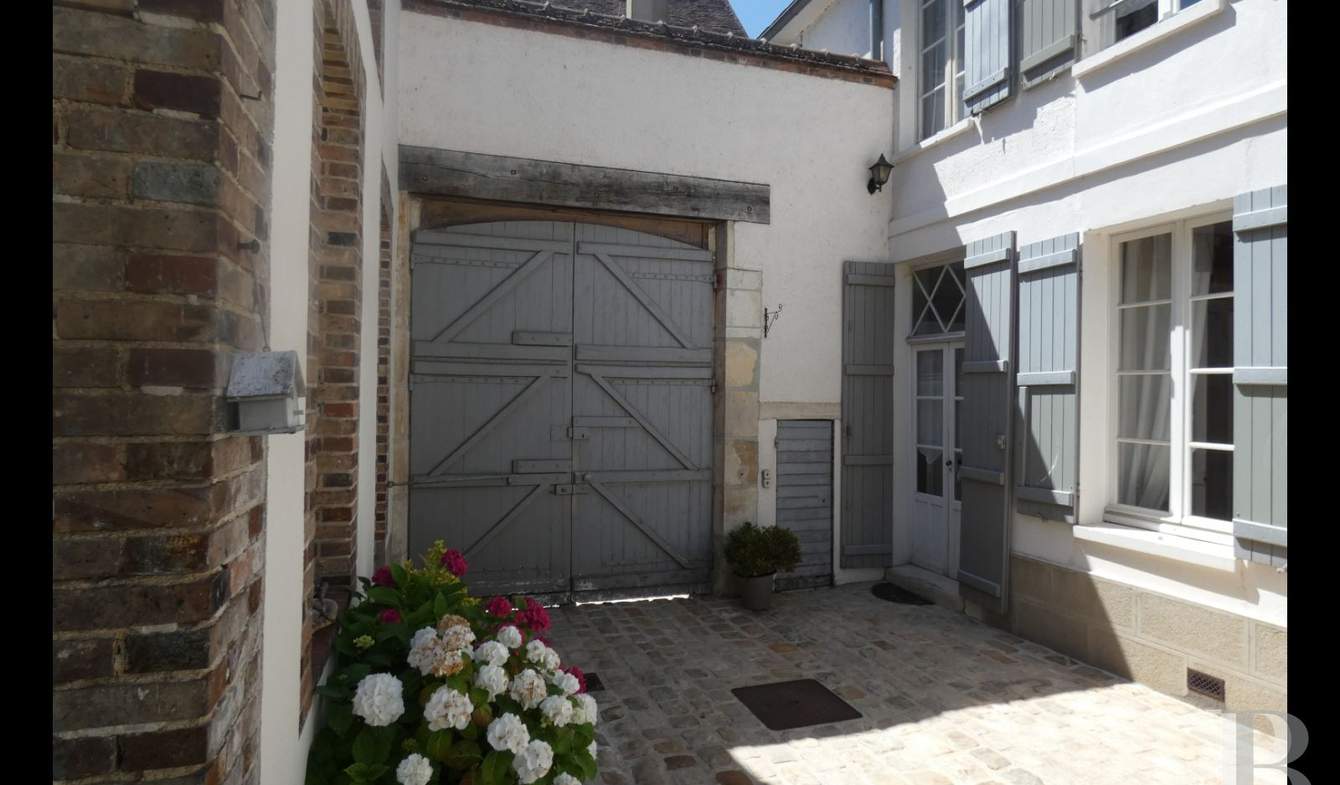