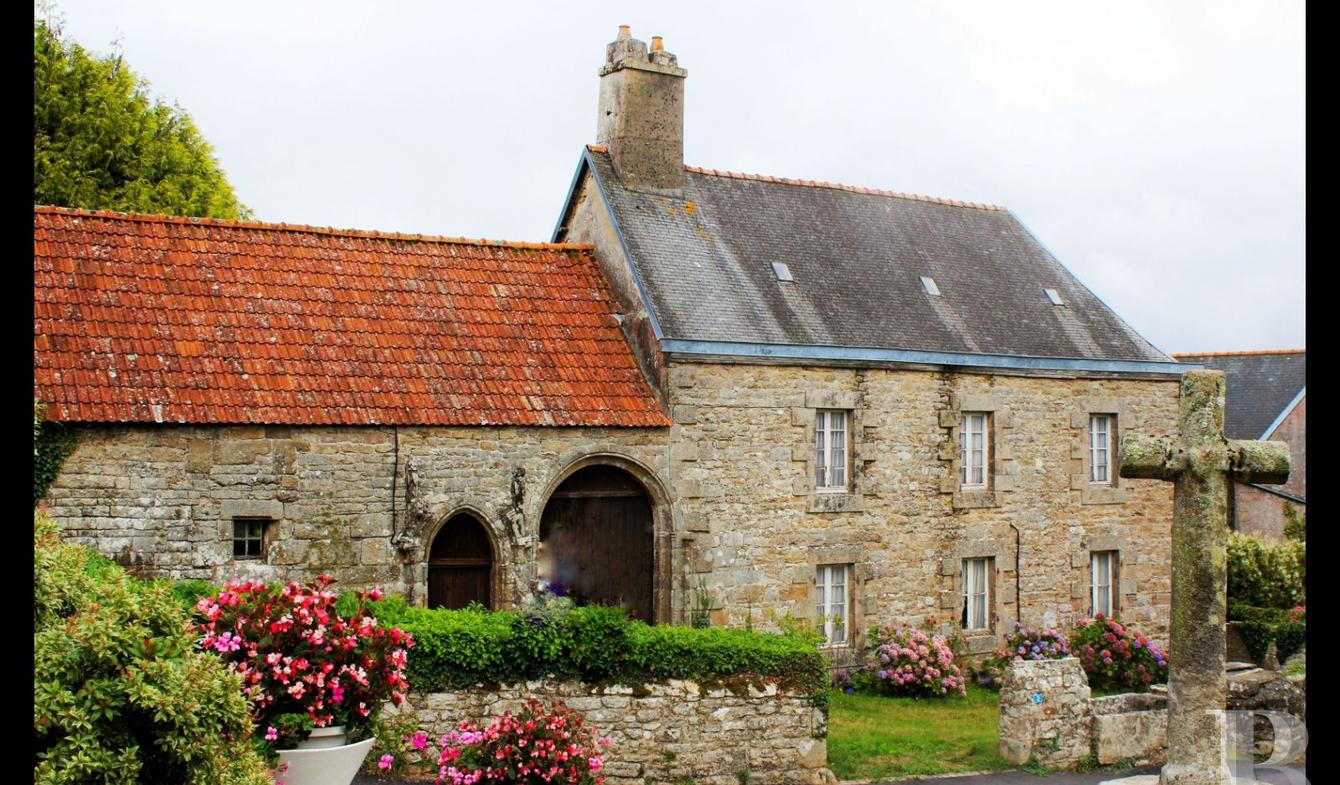 In Brittany, in the midst of a village, 20 minutes from the sea, a Knights’ Templar commandery, its 15th century gatehouse and its 18th century manor house.Set immediately north of the N12 which, linking Paris to Brest, cannot be heard any more than it can be seen. Equidistant from Lannion, Guingamp and Morlaix, the three main tourist and economic towns in the historic Trégor region. In a lively village, enhanced with local shops and amenities, providing daily necessities. 9 minutes from a TGV train station; 20 minutes from the sea and its beaches.The oldest section of this property was initially a Knights’ Templar commandery. Almost 400 years later, it became home to the illustrious General-Le-Bouedec. The latter distinguished himself in the 1849 Oriental Campaign, then as commander of Camp Conlie in 1870. He took part in French history’s first ever air lift (in a hot-air balloon) between Paris and Tours during the siege of the French capital in 1871. A feat that took him and two comrades in arms to an altitude of almost 5,000 m, an absolute record at the time. This manor house was his entrenched camp where he came to relax and live out his days.This estate was purchased from one of the general’s descendants in 1909 by a member of the current family. The building and its gatehouse completely conceal extremely pastoral parklands, spanning almost 9,000 m². Enhanced with a well and a gigantic trough, a small garden, once witness to an intense social life, is pleasantly laid out in front of the street-facing west facade. This manor house stands opposite the characteristic parish enclosure, with a little quiet narrow street separating them.On one side, the 15th century gatehouse comprises a carriage gate, next to a pedestrian gate, all topped with a red tile roof, a somewhat unusual feature in the Trégor region. The 18th century manor house on the other side also features unusual architecture. The buildings and their gardens are entirely enclosed with granite stone walls.An overview of the buildingsAlthough the buildings’ continuous facade commands respect from the narrow street, its L-shape concealed in the courtyard surprises visitors with its hidden harmony.Extending the manor house, the gatehouse features a red tile roof and a facade typical of the 15th century. With its semi-circular and triangular arched gateways, it delightfully softens the austere appearance of the property.This unusual couple, composed of the manor house and its gatehouse, immediately appeals. Although totally different, opposites attract one another, even as regards architecture.The manor houseIts facade, as seen from the street, displays a roof block composed of asymmetrical slopes. The gable appears older than the facade because of its splayed windows. It is possible to make out the former presence of wooden shutters.Ground floorThe entrance door is set on the parklands side in the corner of the “L”, next to an outstanding ogee window. It opens into a kitchen with a monumental fireplace. Mysterious figures still adorn, as best they can, the jambs’ corbelling. Who were they to have been so badly damaged at the time of the French Revolution?The vestibule houses a superb wooden stairway. One of two doors opens into a small ladies’ sitting room, the other leads to a dining room and its adjoining lounge. Both are adorned with outstanding panelling, with inset medallions. Minerva, goddess of war strategy (well worthy of an illustrious general’s home), appears to contemplate the Renaissance period, from Anne of Brittany to Henry IV, including François 1st.First floorThis layout is ideal for accommodating the biggest bedroom with its own bathroom. Two other bedrooms are set on either side of a …

Listings similar to this manor, Guingamp

Its authentic signature gives to this 18th century manor all its beauty. The main frame was divided originally into two parts and re-unified as the main habitation by the current owners....

Exclusively, the Maison rouge agency in Beaussais sur Mer presents you, a few steps from the town center and from the walks to Bossais bay, this pretty house, very well maintained....

This dandy chic apartment with a surface of 96 m2 is the result of the conversion of an old traditional apartment into a contemporary dwelling in a very sought after area and close to... 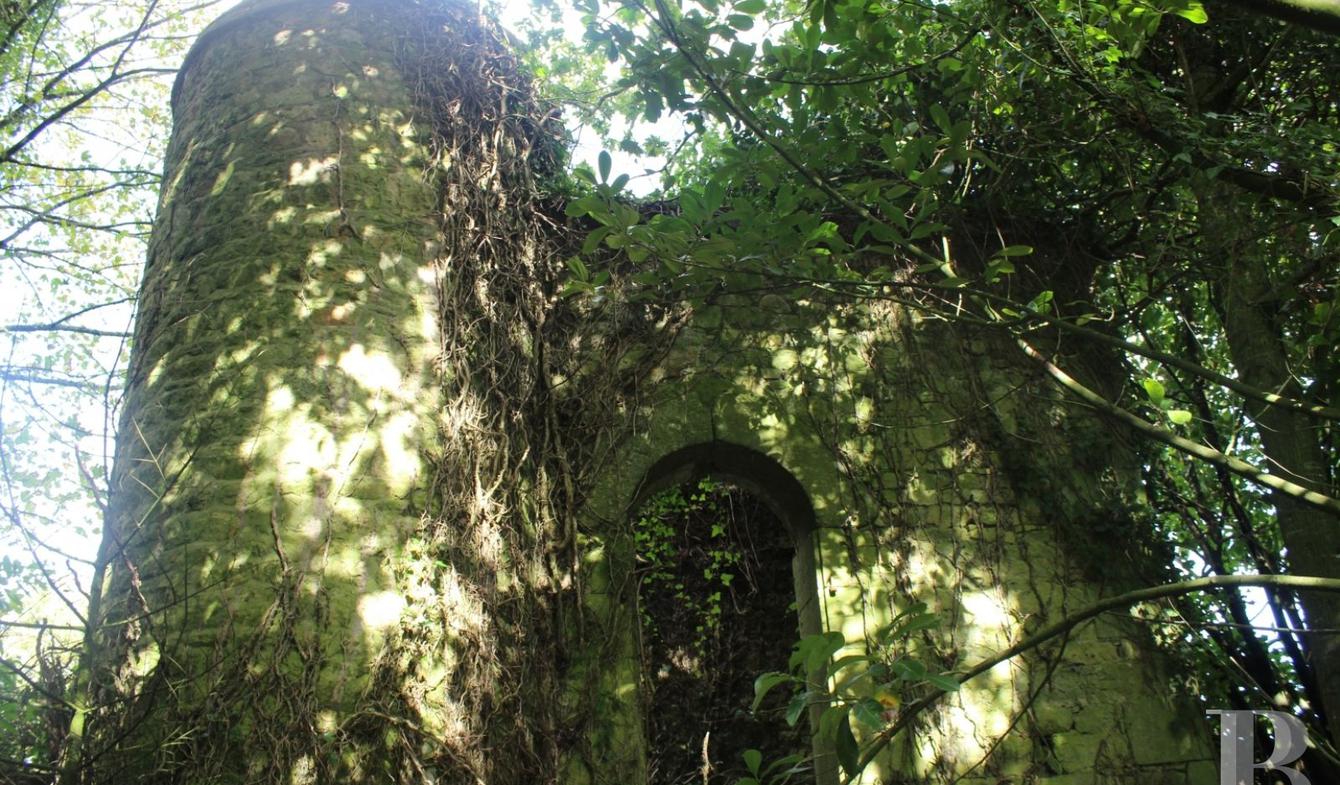