A 15th & 18th century manor house, with twelve or so hectares surrounded by woods, in the area around Sarlat.This property, in the Black Périgord region, in the midst of undulating countryside, dotted with stretches of woods composed of various species, is set in peaceful, unspoilt surroundings, somewhat removed from the tourist tumult in one of the most appreciated areas of France. The Dordogne valley, with its world renowned prehistoric sites and medieval gems, is but a few kilometres away. Sarlat is no exception; this town has an impressive preserved sector with an exceptional concentration of historic monuments per square metre. A town where it is pleasant to take a stroll in the narrow paved streets, lined with old, history-filled houses, to explore the small markets, to enjoy cultural activities, or to take a gastronomic break and sample all the local specialities. Some two hours from Bordeaux. Périgueux, Brive-la-Gaillarde and Bergerac are just over an hour away. Airports, train stations and motorways make this region particularly easy to reach.This property is reached via a dirt track, almost 500 m long, which winds its way through dense, protective woods. The distance travelled gives no hint of a house, making it a total surprise. This manor house has been constructed in the midst of a clearing, on a little rocky knoll dominating a verdant valley. On a lower level, the rock houses an underground refuge, in which water rises to the surface and overflows outside following the contours of a brook which further on becomes a stream. A well has been hewn just a short distance away. Wide strips of grasslands interspersed with woods appear to converge towards the building. A pathway crossing another, in the surroundings, is like an invitation to go for a walk. The site constitutes a natural, safe haven. Beyond the perimeter wall, now only partially in existence, is the old place where unwinnowed wheat was stored, covered with lauze stone slabs, no doubt once a dovecote as well as an impressive barn. The latter follows the lie of the land so well that both of its floors are all on a level with the ground. It is covered with interlocking roof tiles. The remains of the old watch-tower on the south-east corner of the wall are a reminder of the defensive character of the premises. A tall gateway provides access to the old courtyard, now covered in grass and forming an esplanade, open on the south side. Backing on to the south facade of the manor house are the walls of an old cowshed. Wide steps hewn in the rock provide access to the upper terracing on the north side as well as to the small, adjoining, stone sheds, with their Roman tile roofs.The manor houseOnce the stately lair of an aristocratic family promoted to the rank of captain from father to son, this property was then taken over by farmers just after the French Revolution. Neglected and in a sorry state after the Second World War, it was purchased and rescued in the 1960’s by a couple of enthusiasts wanting to give it back its 18th century splendour in keeping with its authenticity.This manor house was constructed directly on the rock in the late 15th century. Its original architecture comprised a rectangular, 3-storey building, topped with a hip, slate roof. A tower, constructed outside of the carcass and housing a spiral stairway, rises some twenty metres in the centre of the east facade. It is topped with a candlesnuffer roof covered with lauze stone slabs. Two roof dormers supported on stone corbelling face opposing, north-south, directions. Defensive openings are spread out over the construction. In the 18th century, the first level was extended to the west by a second, single-storey building, set at right angles and topped with a gable roof covered with flat tiles. This building is surrounded on the south side by two vast …

Listings similar to this manor, Sarlat-la-Canéda

This beautiful château, located just outside Sarlat in the golden triangle of the Dordogne, dates back to the 12th century is full of character and original features and commands superb...

This beautiful mansion house has medieval origins and was restored to its current configuration in the 17th century. The current owners have done a magnificent renovation to provide 6...

This charming 17th century stone manor house is ideally situated in an elevated position with great views over the Dordogne valley and the village of Saint Cyprien. The manor house... 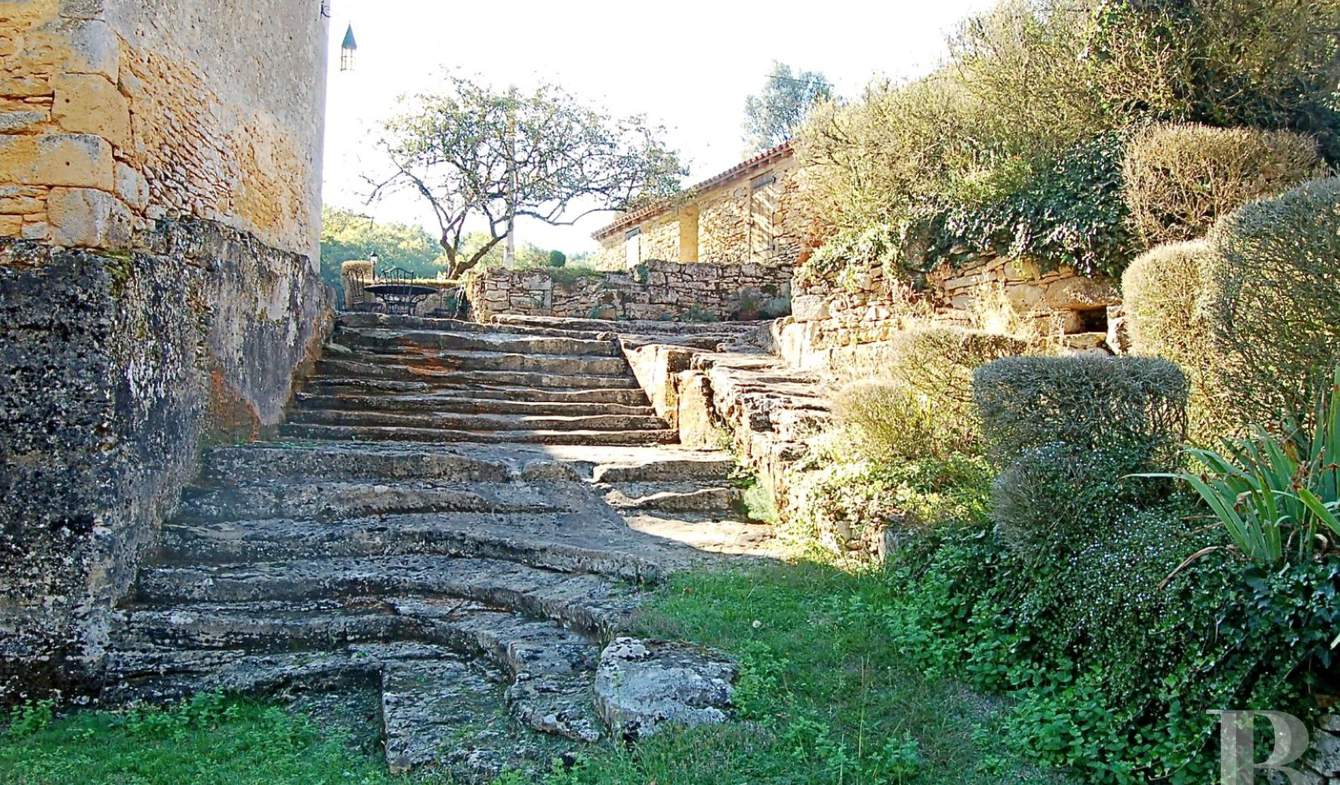