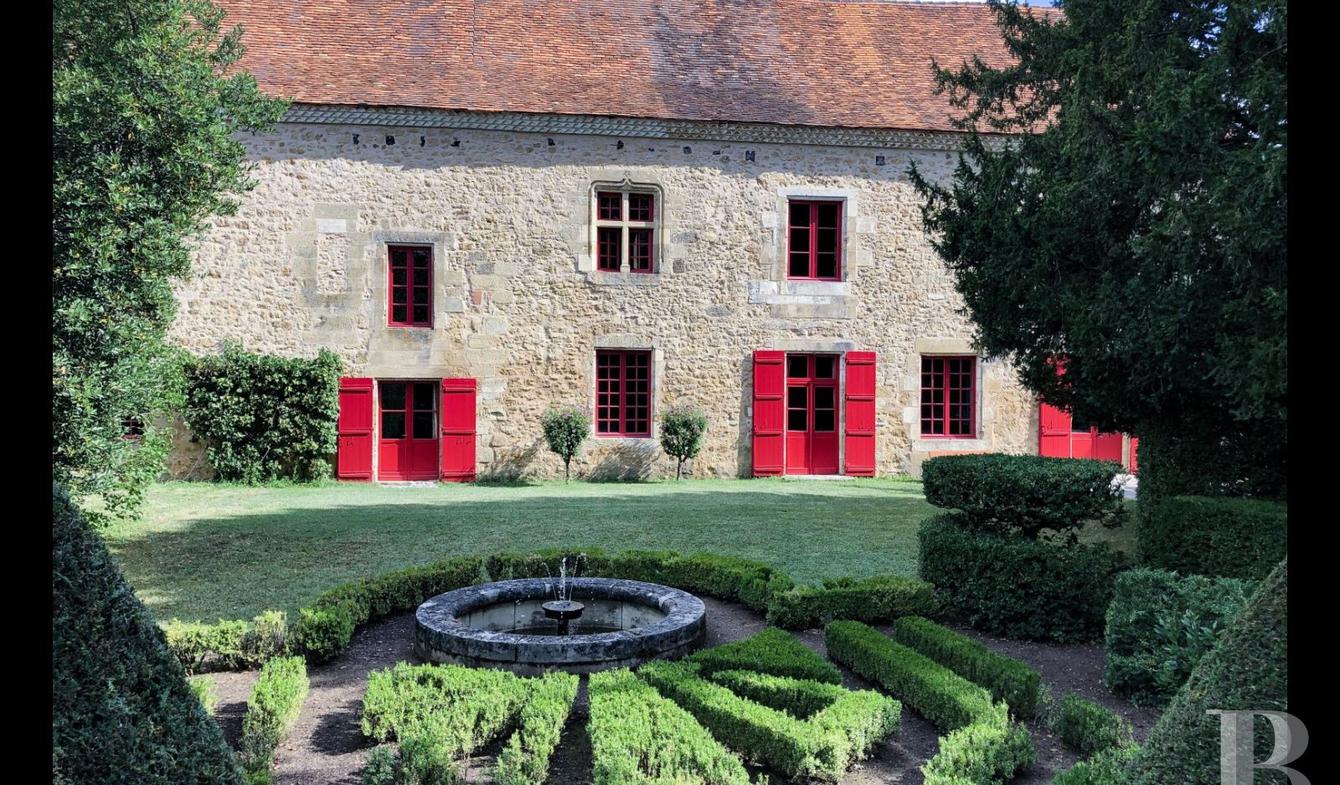 On the edge of a small town in the Green Périgord area with a view over the countryside, a 17th century manor house, with a water-filled moat and a dovecote.The last house before the meadows comprising the surrounding countryside, this property stands on the outskirts of a small, lively medieval town, perched on the top of a valley. This town, renowned for being on the southern edge of the Périgord-Limousin Regional Nature Park, is an old fortified village on the Périgueux-Limoges road and a stopover for pilgrims travelling along the Way-of-Saint-James. Its SNCF train station has links to Paris via Limoges and to Bordeaux via Périgueux.Although records show one of the town’s defensive buildings on this site in 1530, the actual building appears to have been constructed in 1665, as the year engraved on a lintel shows.Completely enclosed and adjoining another property on the west side, it is surrounded by gardens, exuding a variety of ambiances, connected by narrow passageways and steps on several levels. The wide, south-facing, main terraced area is partially paved and partially laid to lawn. It provides a variety of restful views: a few steps go down to a dovecote which is reflected in the fish-filled water of the masonry moat; a water well fitted with a winch and covered with tiles is near to a garden table, whilst a yew tree, probably two hundred years old, enhances the area with its shade. The old wrought iron entrance gates open on to a footbridge leading to a small wood alongside the canal. A gap behind the low stone wall, topped with railings set between ornate stone pillars, reveals a distant hill, cows and a walnut grove. In the foreground, a small garden features a fountain surrounded by decoratively trimmed boxwood.The large, luxurious homeThis rectangular building, spanning 30x8.70 m, is constructed from lime-pointed, exposed dressed stone and quarry stone blocks, topped with a steep, gable roof covered with flat tiles. It is flanked towards one end of its north facade by a pavilion, probably older, the hipped roof of which is enhanced with Roman tiles, forming the hip capping, as well as two weathervanes, one at each end of the ridge. There is no guttering under the eaves or shutters on the windows, apart from the French windows, so as to preserve the authenticity of the architecture and to enhance, the south facade's triple overhanging cornice and its mullioned window, topped with a 5-pointed star in a pentagram.Ground floorThe current main entrance, decorated with Renaissance-style moulding by a local craftsman, opens into a small vestibule, with a stone floor made smooth through use. It provides access to a boiler room, a storage room at the top of a stairway and a study, the fireplace of which delimits the end of the building. Just like most of the rooms, it receives light from the south and has a view over the parklands through a tall, wooden-framed, small-paned window, protected by indoor, panelled shutters. It has a pebble-lined floor, lime-rendered walls and coloured glazed woodwork.In the same way as those with wooden frames and small panes above the study doors, numerous fanlights let light pass from one room to another throughout the manor house.At the foot of the main stairway is the old entrance, the old stone landing of which is used as a corridor leading to a large lounge. The latter reflects the Louis XV style, with a white, moulded ceiling, built-in cupboards, pilasters and a mirror with a sculpted stucco surround above a fireplace, in good working order. The floor, covered with terracotta tiles from Lempzours, extends into an adjoining dining room and fitted kitchen. The decor in these two rooms reflects the Louis XIII style and exudes a certain rusticity courtesy of the decision to leave the original joists and some of the stone walls …

Listings similar to this manor, Perigueux

PERIGORD - AT THE BORDER OF CORREZE AND HAUTE VIENNE - NEAR HAUTEFORT In the countryside, near a village, comfortable manor house with 10 main rooms including 6 bedrooms. Beautiful...

House with pool and terrace Brantôme (24)

DORDOGNE - Near Brantôme in Périgord. In a dominant position, mansion of 280 m2 with 8 main rooms including 4 bedrooms and 2 bathrooms. Ground floor - Entrance hall of 15 m2 -...

House with pool and terrace Domme (24)

LOT - DOMME This vast south facing house of 391 m2, on 3 floors, with an architecture typically from Périgord, enjoys maximum sunshine. On the ground floor: Entrance hall leading to a... 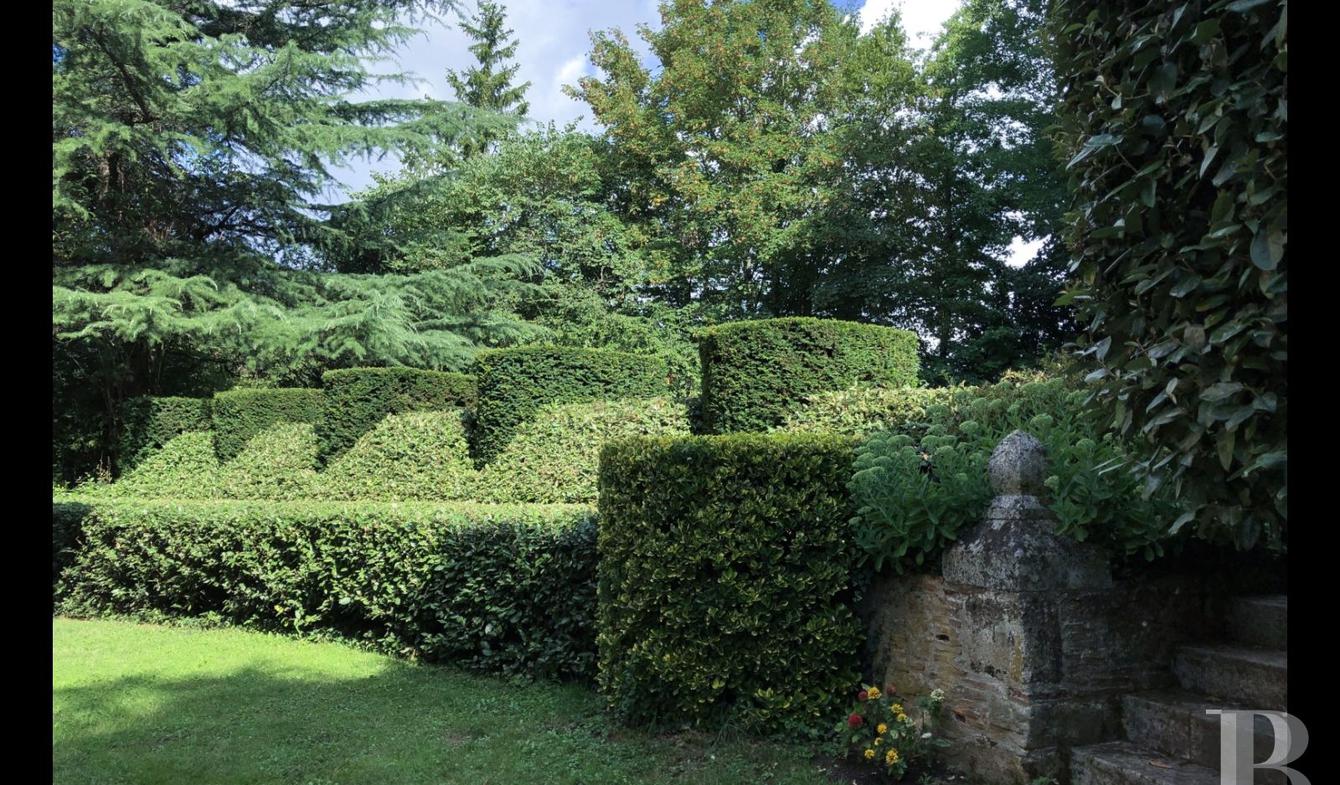