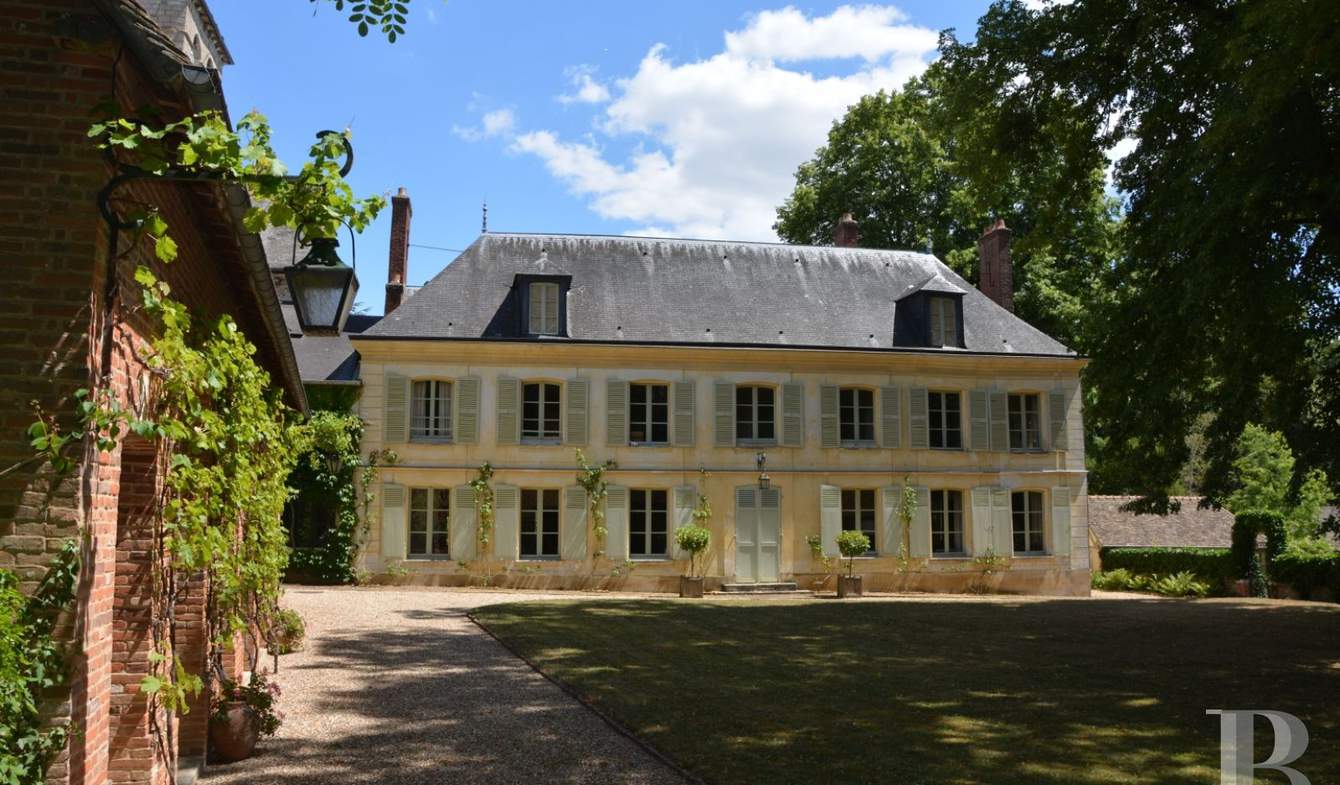 A 6th century priory, reconstructed after the French Revolution, with its outbuildings, more than a hectare of land and its stream, with some 80 m of bank, 80 km from Paris in the French department of Eure.This property, about 80 km from Paris, is 6 km from the nearest provincial town with shops and a train station; Beauvais airport with its international flights is 40 km away; an 18-hole golf course is just 16 km away. Some twenty or so hiking trails are to be found leaving from or in the vicinity of the village. The Vexin-Normand rural multi-use path (250 km long), reserved for pedestrians and cyclists, winds its way towards the river Seine and Giverny.This property, standing on the outskirts of a village dating from Normandy’s first Romanesque era with 1,500 inhabitants, is set amidst the Vexin-Normand countryside. Tall wrought iron gates open on to a main courtyard, planted with trees hundreds of years old and featuring a central lawn, encircled by gravel driveways. The main building is flanked, on one side, by a large, open area in a 2-storey outbuilding laid out as a summer kitchen and, on the other side, by a large 2-storey outbuilding on a lower level. A greenhouse, garages and four horse loose boxes.The garden, laid out behind the main building, is continued by a shady bridle path to a little clearing, planted with an orchard. 80 m of bank along a stream is the ideal place to go trout fishing.A well supplies the water for the main house and for watering the garden.Once the well is empty, the system connects automatically to the mains water.One section of the land would be suitable for installing a swimming pool or even a tennis court.The residenceThe old priory, constructed in the 6th century, was burnt in the French Revolution and then rebuilt during the French Directoire regime. Part of an abbey in Évreux, it was lived in by monks.The memory of this historic past is reflected in the original stairway and the vault housed in the basement, in the cellars as well as in the presence of two altars that the monks used for their services.Further vestiges of the past include the hexagonal terracotta floor tiles to be found in most of the rooms throughout the house as well as one of the bedrooms which, history recounts, was created from two old monks’ cells.Its slate, hip roof tops facades, covered with a pale-yellow cement rendering, supported on flint lower sections.The openings, protected by slatted, wooden shutters, let in copious amounts of light. Jacobin-style roof dormers enhance the front and rear facades. Two brick chimney stacks rise above each end of the roof.Double wooden doors provide access to the inside from the rectangular porch, reached via two steps.A French window in one of the lounges opens on to the garden.The particularity of this residence is that almost all the floors are covered with original terracotta tiles, sometimes redone like-for-like.Ground floorThe entrance door opens into a gallery which provides access to a kitchen, a back kitchen, a dining room and two intercommunicating lounges, a guest toilet, a dressing room and a right-turning stairway, going to the upper floors. Still in its original condition, said stairway features wrought iron railings, topped with a wooden handrail, and steps covered with square terracotta tiles and wooden nosing. Floors are laid with oak wood parquet flooring or terracotta tiles. The dining room is enhanced with exposed ceiling beams. The gallery features chest-high panelling as well as radiator covers and a wooden chest. Both lounges and the dining room have marble fireplaces, topped with trumeaux.First floorA gallery identical to that on the ground floor gives access to four bedrooms, two of which have toilets, two bath and shower rooms as well as a toilet. All the bedrooms look out over the …

Listings similar to this manor, Gisors

On the edge of Vexin Normand, in the heart of the village, on a 6,000 m2 park, this beautiful house with spacious volumes of 350 m² will seduce you with its quality renovations, carried...

Former home of the Bailleul family, which became an inn, then a grocery store and country charcuterie, it was to this day an essential place in the region for lovers of gastronomy while...

A 260 m² mansion with outbuildings overlooking its landscaped park of nearly 7000 M² a few minutes from Bernay. Pretty property is out of sight and has a main house of 260 m², a pigeon...

Built at the end of the 19th century, this house in perfect condition offers a surface area of approximately 215 m² spread over 3 levels. On the ground floor, an entrance hall of about... 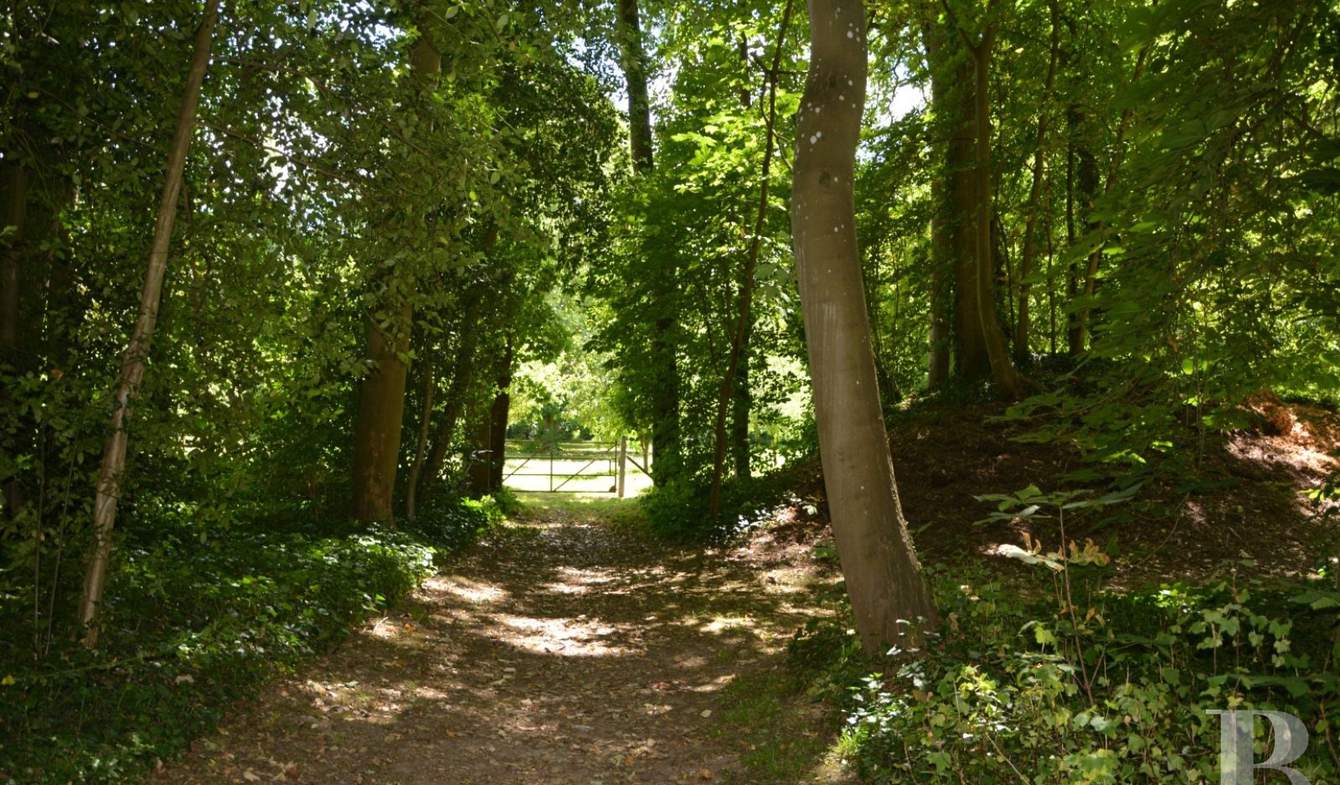