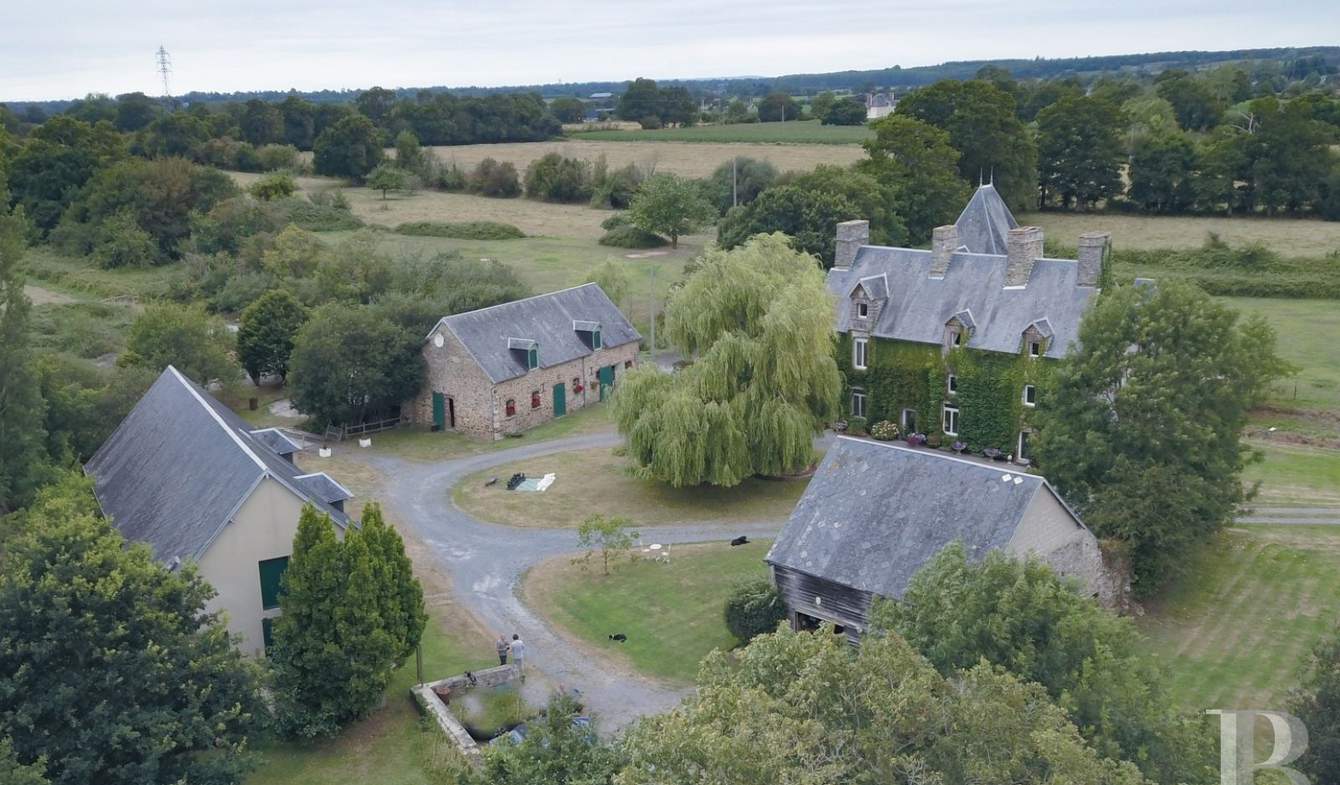 A medieval manor house and its moat, surrounded by 11 ha of land, near to Saint-Lô on the Cotentin peninsula.This manor house, in the midst of Norman bocage countryside, near to Saint-Lô and the D-Day Landing beaches, is less than three hours from Paris.A long avenue off the secondary road runs partially alongside a river, belonging in part to the manor house, and leads to a grassy courtyard, dominated by a weeping willow. Set out around this courtyard are four buildings, with slate roofs: the manor covered with Virginia creeper, its towers and chimney stacks, an outbuilding once used as stables and a woodshed, a bigger outbuilding, spanning two levels, formerly used as a cowshed and then offices and, lastly, a building used for garage and storage purposes. The property is encircled by a moat fed by a millrace.The manor houseConstructed from granite stone blocks, this house has Virginia creeper covering its main facade. It spans two levels under an attic floor which is illuminated via roof dormers with slate roofs. The gable roof features four chimney stacks. A large central tower houses the stairway. Two other, smaller towers, both with hip roofs, flank the opposite facade. The presence of very old architectural features, such as gun-loops, etc., bear witness to a construction dating back to 1437. A veranda, protected by picture windows and double-glazed windows, was added by the previous owner.Ground floorThe entrance door opens into a vestibule which leads, on one side, to a small study, opposite, to a fully fitted kitchen and, on the other side, to reception rooms: a dining room, a lounge and a veranda. Opposite the lounge are a second small kitchen and the large, spiral stairway (made of stone, slate and terracotta tiles).First floorThis level, with slightly uneven floors, comprises three bedrooms, each with its own bathroom. They all have fireplaces, some of which are monumental.Second floorThe second floor includes another three bedrooms, each with its own bath or shower room, two of which are en-suite. As on the first floor, each bedroom has a fireplace.Third floorA door on the stairway isolates the latter from the top floor. With sloping ceilings, this level comprises another two bedrooms, one of which has a fireplace, and a small shower room.The main outbuildingThis more modern outbuilding was formerly used as a cowshed. Bigger than the others and covered with rendering, it spans two levels. It is currently used for storage purposes and has offices upstairs. An existing shower room means that it could easily be used for other purposes.The stablesBuilt from quarry stone blocks, this building has a gable roof covered with slate. Once stables and a woodshed, it was constructed after the manor house and is now used as storage space and a garden shed. Its size is such that it could be converted into additional accommodation.The garageThis last outbuilding is a garage able to take five cars.The horse loose boxesA shelter for two horses is to be found in the grounds amidst the meadows.The gardenA structural element of the garden is the presence of a stream, one section of which gives full water ownership rights on both banks, whilst another section has water ownership rights on just one bank. A system of millraces feeds the moat. Spanning approx. 1 ha, this garden is surrounded by 10 ha of meadows and orchards.

Listings similar to this manor, Saint-lo

On the Cotentin peninsula, near the beaches, a listed abbey, its farm and 25 hectares of land. This abbey is near to the beaches and to a small town with all shops, less than 3 hours...

This 340 m2 habitable house, located in a popular seaside resort 5 minutes from Granville, reveals a 'contemporary chalet' decor in a calm and peaceful environment. Upon entry, the tone...

House with pool and terrace Saint-Germain-sur-Ay (50)

Sea lovers will face the haven of SAINT GERMAIN sur AY. The fans of calm and tranquility will find their Eden there. Lovers of the real Cotentin will appreciate the authenticity of the...

Authentic property in the middle of its lands in a peaceful environment with outbuildings and near the sea. Property with charm which will meet your requirements with its style of end... 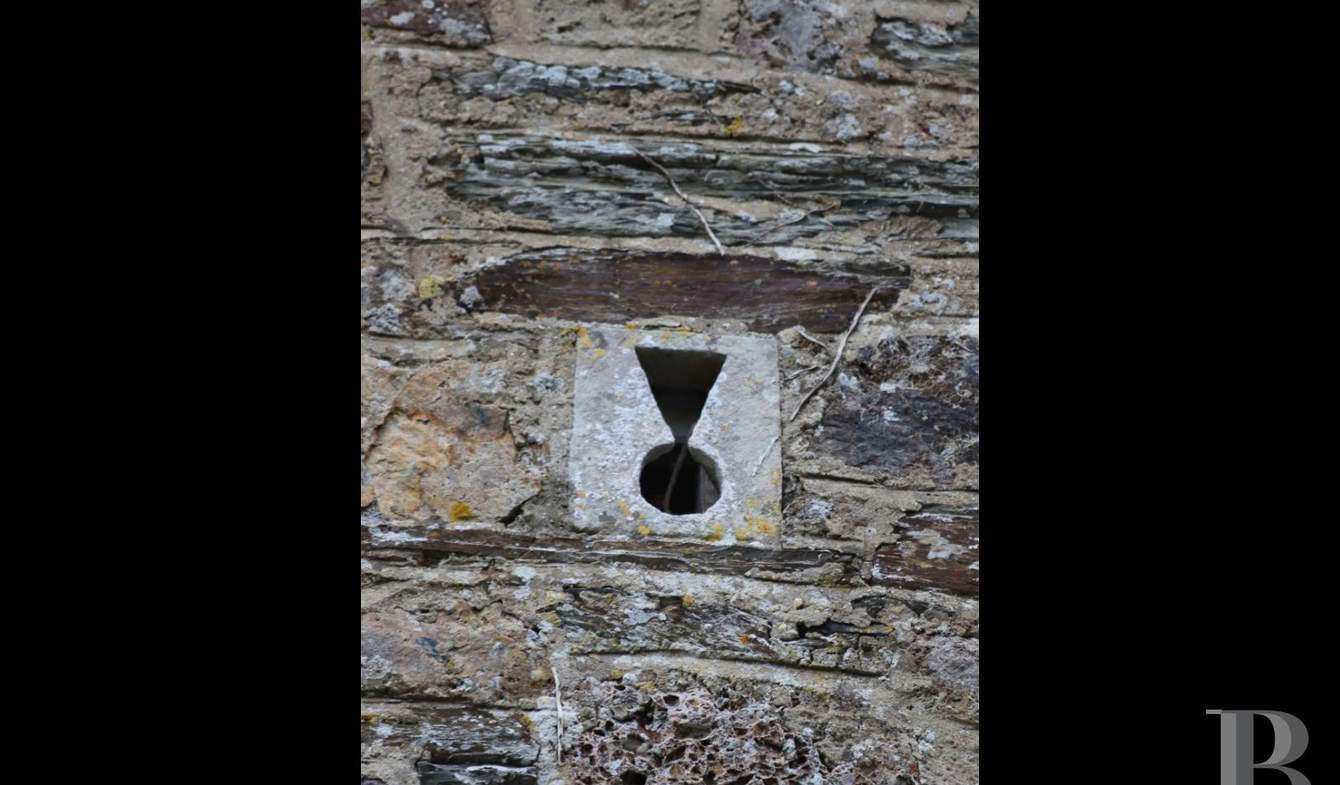