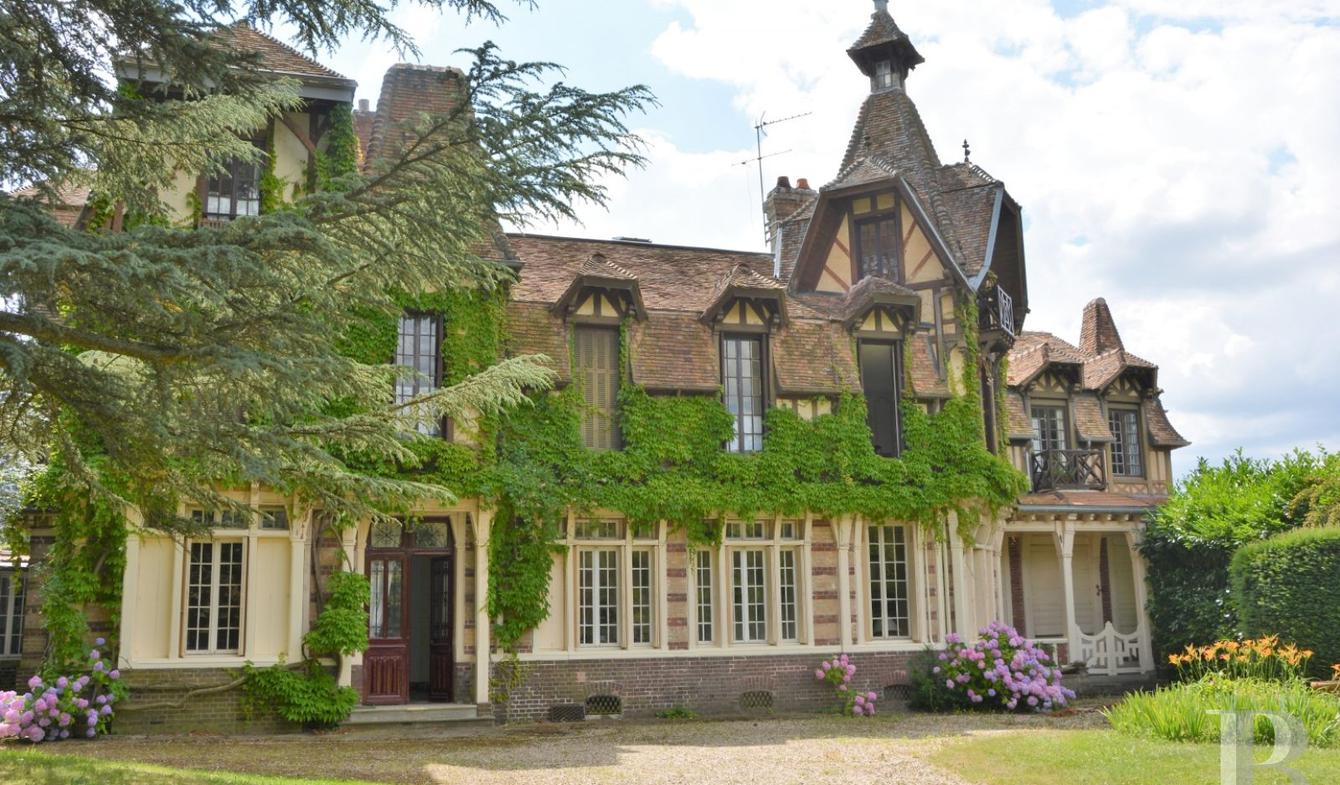 A highly original, 19th century Anglo-Norman manor house, in 4,000 m² of wooded parklands, 115 km from Paris in Normandy.Although the French capital is 115 km away via the A13 motorway, the slip road for which is 13 km away, Rouen is but 20 km away. The nearest town with all school and administrative infrastructures as well as all shops is 4 km away. An SNCF train station is about 10 km away. The renowned Champ-de-Bataille golf course is 17 km way. A large weekly market is held in the town of Neubourg 14 km away.Once off the motorway, the fragrances of Normandy’s countryside are noticeable along the little winding roads. This property is reached 15 minutes later, just after a peaceful village. In its verdant setting, it is virtually concealed and can only be seen from inside its tall entrance gates.4,000 m² of attractively wooded, walled parklands, notably featuring a majestic cedar of Lebanon and spring flowers, comprise a robust building, with Anglo-Norman architecture, reached via a gravel driveway, flanked by lawns. One of the perimeter walls adjoins a 14th century collegiate church.A small outbuilding stands near to the manor house.The 19th Anglo-Norman manor houseThis elegant building is reminiscent of a seaside villa. Constructed in 1893, it spans four levels, one of which is a large basement.Its roof, topping the stone and flint facades and spanning various heights, is covered with old tiles. The manor house’s numerous openings include tall, hip-roofed, hanging roof dormers. The small-paned windows are sometimes adorned with wooden railings.Ground floorThe rooms, with fireplaces, are large and bright. Their high ceilings are sometimes adorned with moulding. A vast entrance hall, with a mosaic floor, provides access to a room that could be used as a study or a bedroom, a kitchen, still in its original condition and featuring attractive wall tiles, and a back kitchen, with Vieux-Rouen style wall tiles. On the other side of the vestibule are a large lounge-dining room, a billiard’s table and a toilet. The floors are covered with cement tiles or herringbone pattern, oak wood parquet flooring.The stairway, with its steps and railings leading upstairs, is entirely made of wood. Stained glass windows let in light that illuminates the ground floor.The kitchen, the lounge and the billiards’ room open on to the outside via French windows.First floorThe stairway is also illuminated via a roof atrium. This level comprises five bedrooms with numerous storage areas, three bathrooms, two toilets and two small rooms.There is herringbone pattern, oak wood parquet flooring throughout.Second floorThe layout on this level is the same as that on the floor below. It has three bedrooms, fitted with large cupboards, a small room and a turret as well as an attic which could be converted.BasementThe cellars span approx. two-thirds of the ground surface area of the building.The outbuildingsThe outbuildings, reflecting the style of the main residence, comprise several rooms, used for storing equipment and garden tools.

Listings similar to this manor, Elbeuf

Leforestier Immobilier offers you this beautiful real estate complex, rare for sale, quiet, in the middle of the woods. Charming and comfortable, this property consists of 4 bedrooms, a...

It is one of those buildings that have stood the test of time and that have enjoyed another life. More than 10 years ago, this old barn underwent a quality renovation giving it all its...

The Leforestier real estate agency offers you this Norman manor for sale built on a historic site. This Normandy house surrounded by a landscaped park offers enormous potential both as a... 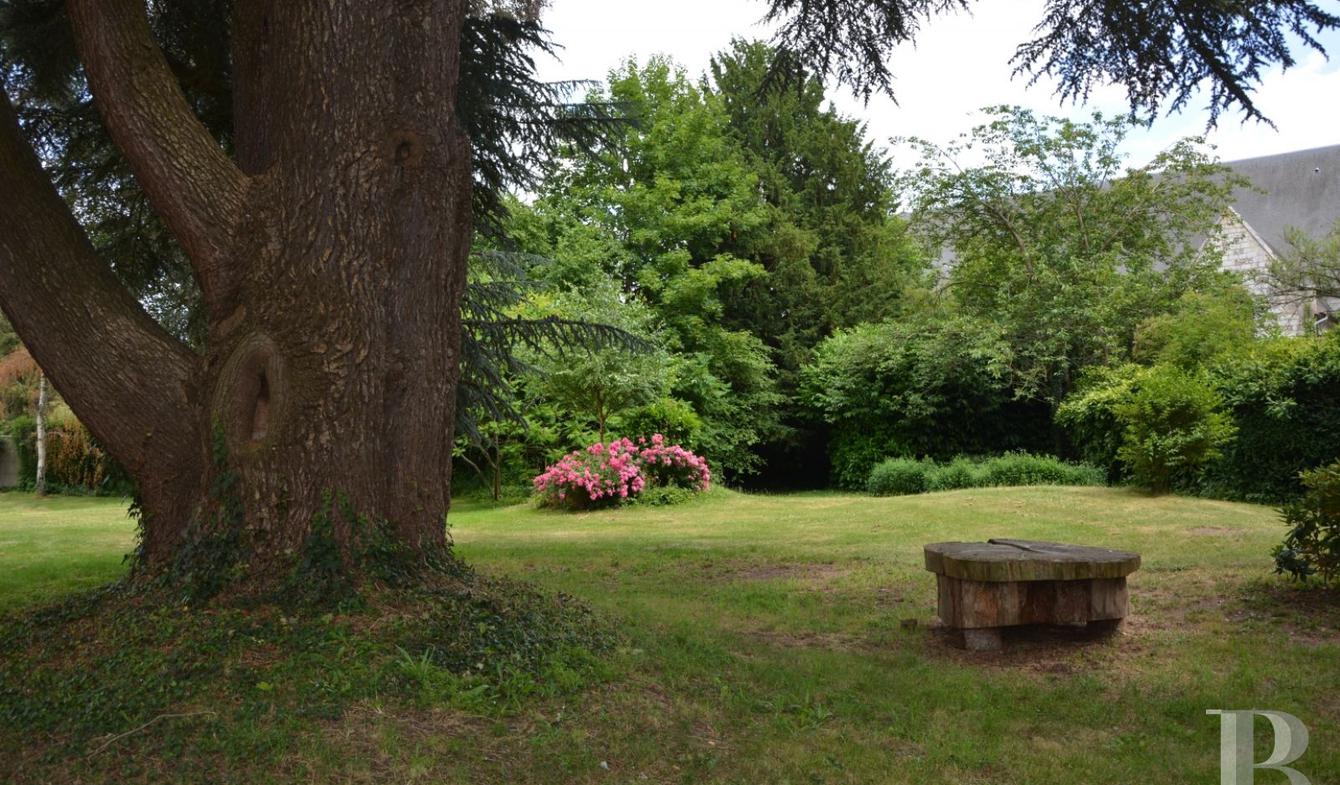