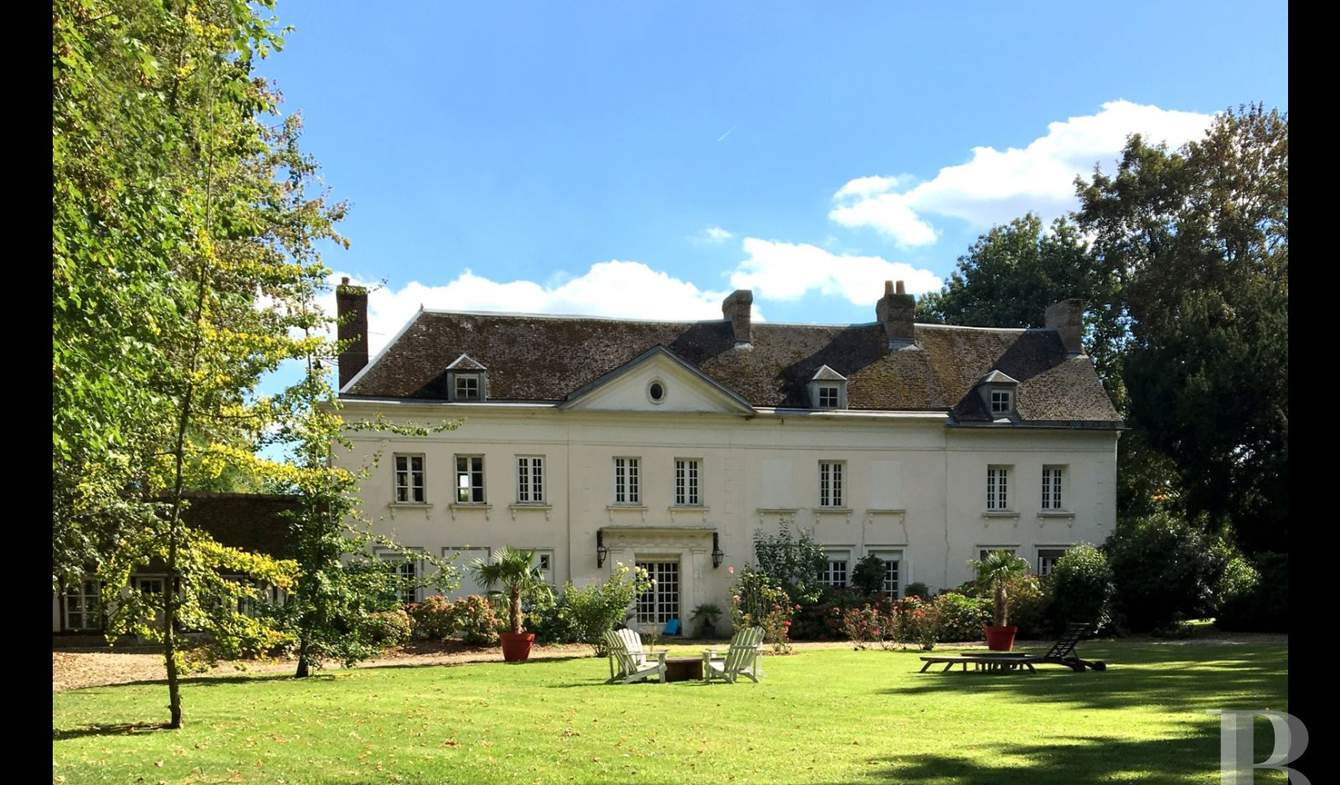 A small, 18th century manor house, with its guest house, outbuildings and 1 ha of wooded parklands, 100 km from Paris in an Upper Normandy village.This property is 100 km from Paris, 19 km from Rouen and 65 km from Beauvais airport, with its numerous international low-cost flights. The nearest large market town with shops, a supermarket and all amenities such as schools is 6.5 km away.Boos aerodrome, used for business and leisure purposes, is just 10 km away.The N14 road leads to the village, on the outskirts of which this property nestles very discreetly behind its walls and the vegetation in its parklands.Once through tall gates, a gravel driveway leads to parklands planted with trees over a hundred years old. These form a natural setting for the residence and its outbuildings, comprising a conservatory or an orangery, awaiting completion of its restoration works. On the left-hand side of the main building are other outbuildings and a guest house. Set back on the right-hand side, out of sight of onlookers, a swimming pool faces the fields. A verdant area, on the opposite side of the manor house, is ideal for taking meals in clement weather.This property, enclosed by walls on two sides, is not isolated.The 18th century manor houseThis rectangular building spans approx. 250 m² over three levels. Its white rendered facades are topped with a hip, shingle roof, featuring chimney stacks. Several of this region’s leading citizens have succeeded one another in these premises.The original building, redesigned over the centuries, was notably flanked by an addition on its right-hand side. Hip roof dormers let copious amounts of light into the top floor. A triangular pediment, adorned with a bull’s eye window, tops the main entrance formed by double glazed doors.All of the openings feature small panes, some of which are double glazed. The corners of the manor house are enhanced with quoins.Ground floorA vast hall, with black and white floor tiles, is worthy of being a room in itself. It provides access to a lounge, a dining room, both with a fireplace, a kitchen, a laundry room and a toilet. A left-turning stairway, still in its original condition, goes upstairs. The floors are laid with tiles or parquet flooring.First floorThe stairway, with half-timbered walls as well as wooden steps and railings, goes up to a facade gallery. It provides access to four bedrooms, two of which have marble fireplaces, two shower rooms, a bathroom and a separate toilet. The floors are covered with parquet flooring laid in a randomly-matched pattern. Worthy of note are numerous storage areas.AtticThe attic space, with terracotta floor tiles, houses four maid’s rooms awaiting restoration as well as two rooms converted into bedrooms.The guest houseThis small, self-contained, welcoming guest house, spanning approx. 100 m², stands behind the outbuildings. It comprises a lounge and a kitchen on the ground floor with two bedrooms and their bathroom with a separate toilet upstairs, reached via a wooden stairway. Its white facades, topped with a roof on varying levels, are extended by a shelter for firewood. There is a small cellar under the house.Ground floorA kitchen and a lounge compose the ground floor.Two bedrooms and a shower room, with a toilet, are on the second floor.First floorBasementA small cellar reached via the kitchen.The outbuildingsThe outbuildings, standing in line with the manor house and at right angles to the guest house, comprise an orangery or conservatory which awaits completion of its restoration works over two levels, a workshop, a boiler room and an old kitchen.

Listings similar to this manor, Rouen

House with pool and terrace Elbeuf (76)

The exceptional charm of this former coaching inn located in the town of Elbeuf retains all the marks of the era of the great prosperity of the cloth and textile industry. Located in the...

She has been facing the Seine for 200 years, both spectator of a landscape that is constantly changing and both part of this Norman postcard where chalk cliffs and boats of all kinds rub...

A good real estate investment is based on one main criterion: the quality of its location. The attractiveness of a living space translates into a subtle mix of architectural design,... 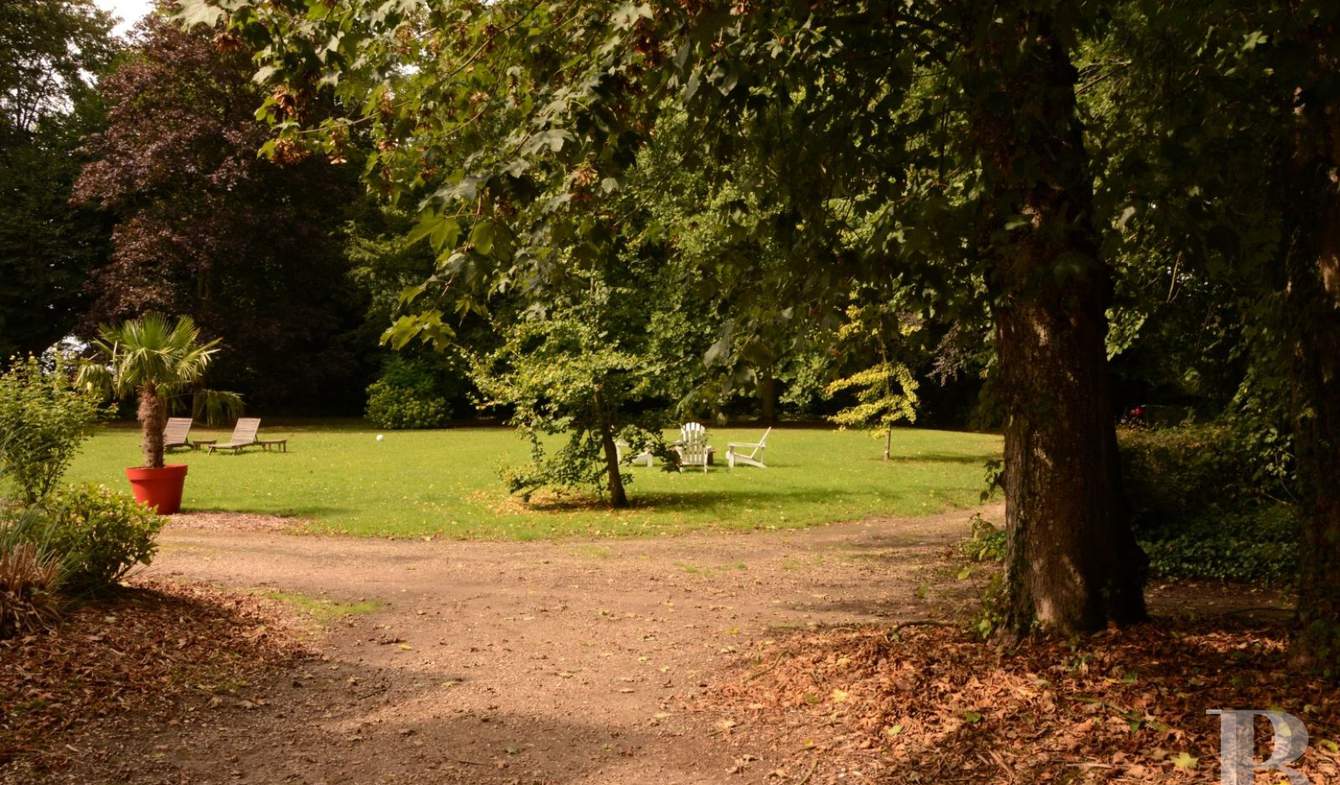