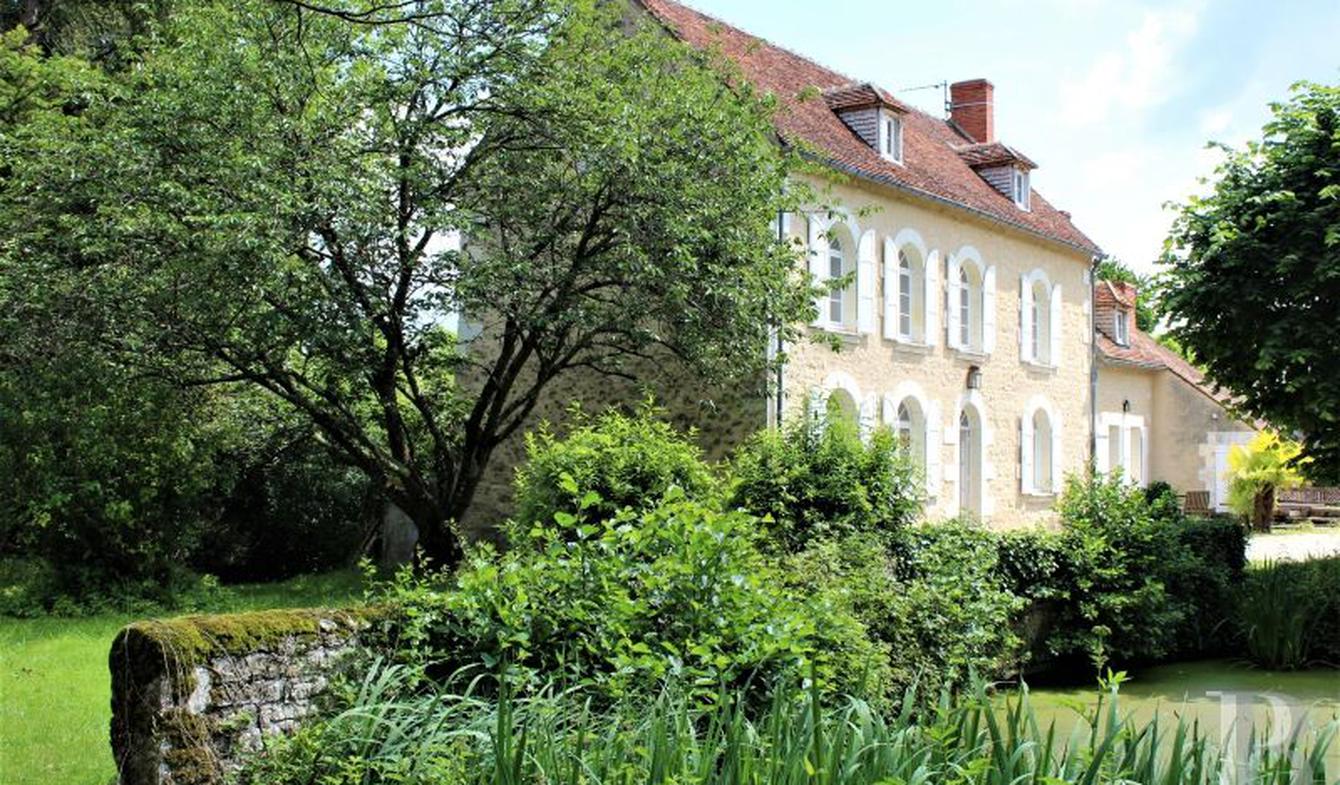 On the outskirts of a village south of the river Loire in the Touraine region, an old tanbark mill with a hectare of parklands.230 km from Paris and 6 km from a train station with 1Ÿ-hour links to the French capital. 20 km from Amboise. In the very midst of the Loire Valley chateaux. In a market town with 2,600 inhabitants, schools, shops and doctors.A first set of gates opens on to a driveway leading to a second set of gates. These open into a courtyard, with the mill on one side and the outbuildings on the other. Straight on are a lake and a bridge. The property is delimited to the west by the stream that once powered the mill. This little, 16 km long stream flows into the river Cher. At the southern end of the grounds, a canal diverts some of the stream water towards the mill's old reservoir. The water then returns to the stream at the northern end of the grounds via a weir. An open, 71 m² barn, facing the mill, is built at right angles to the outbuilding. The mill's main facade faces south. A garden behind the mill, between the two sets of gates, is planted with several young trees.The millNow fully restored, it is a mill but in name as the wheel and grinding stone are no longer in existence. The roofs are covered with small tiles and feature hip roof dormers.The facades are rendered such that the stone is exposed and enhanced with freestone quoins and window surrounds. The windows on the south facade of the main section feature semi-circular arches. A pavilion adjoining the facade communicates with the mill. A small outbuilding, in use as a boiler and storage room, is adjoined, in turn, to this pavilion. The oil-fired central heating system provides underfloor heating on the ground floor and heats radiators upstairs.Ground floorThese extremely bright, through rooms follow one on from the other. The central entrance hall provides access to a lounge and a dining room. It also houses the stairway. Behind the latter is a toilet and a shower. A contemporary, functional kitchen, laid out in the pavilion, can be reached directly via the dining room and from the outside. The floors, other than those in the kitchen and back kitchen, are covered with terracotta tiles. The walls are white or feature exposed freestone. The stairway, with its balusters, dates from the 17th century.First floorThe landing provides access, on one side, to a bedroom as well as a bathroom, with a shower, and to a second bedroom, with a shower room, on the other side. These through bedrooms are also very bright. Their contemporary bath and shower rooms include toilets.Second floorThe landing leads to two bedrooms, one of which has its own shower room, a toilet and a series of cupboards. Features include exposed beams, half-timbering and old doors.The outbuildingThis east-west-facing building is undergoing restoration works. The construction of the outside reflects that of the mill, with small roof tiles and facades rendered such that the stone is exposed. Its main openings face west. The facade rendering is not completely finished.The vaulted cellar has a separate entrance. The outbuilding comprises three rooms, spanning 14, 17 and 22 m², a 7 m² shower room, a large, 45 m² room with a fireplace and, lastly, a 67 m² room with a cathedral ceiling, reached via a 4-leaf French window.

Listings similar to this mill, Tours (37)

House high performance energy and economic !! Quality services for this beautiful contemporary wooden 205 m2 on 1575 m2 of land with heated pool and garages .--- On the ground floor, a...

Ref. 3597 19th C. property for sale near Tours Set at the exit of a town in a lush surrounding, the property benefits from the services of proximities of the village accessible within...

25 km from Tours, on the side of the river Loire, the former home of a chaplain, an unexpected, 15th century manor house, with a chapel, outbuildings, parklands and a river. In the...

A traditional, long farmhouse and its barn in 4,500 m² of grounds a little over two hours from Paris in the Touraine region. 12 minutes from the motorway, 30 minutes from Tours and its... 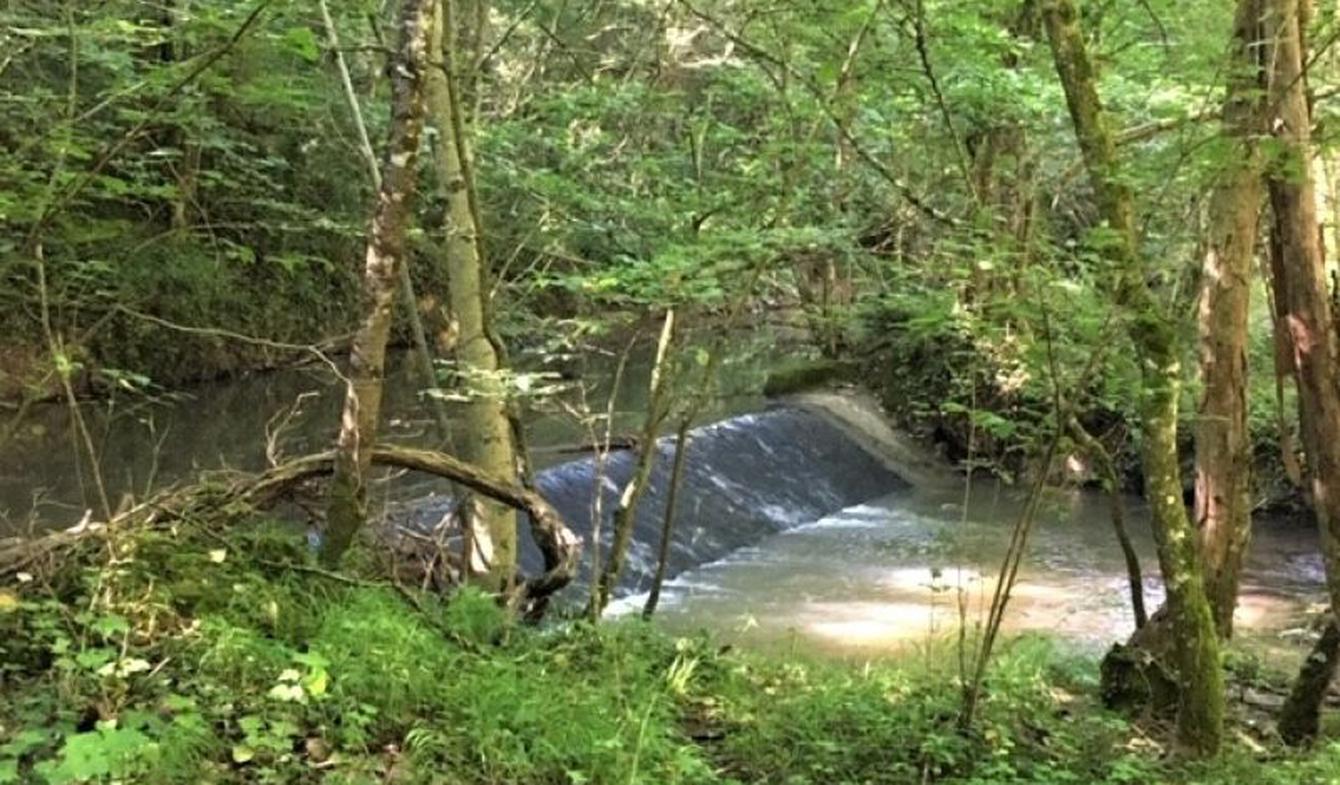