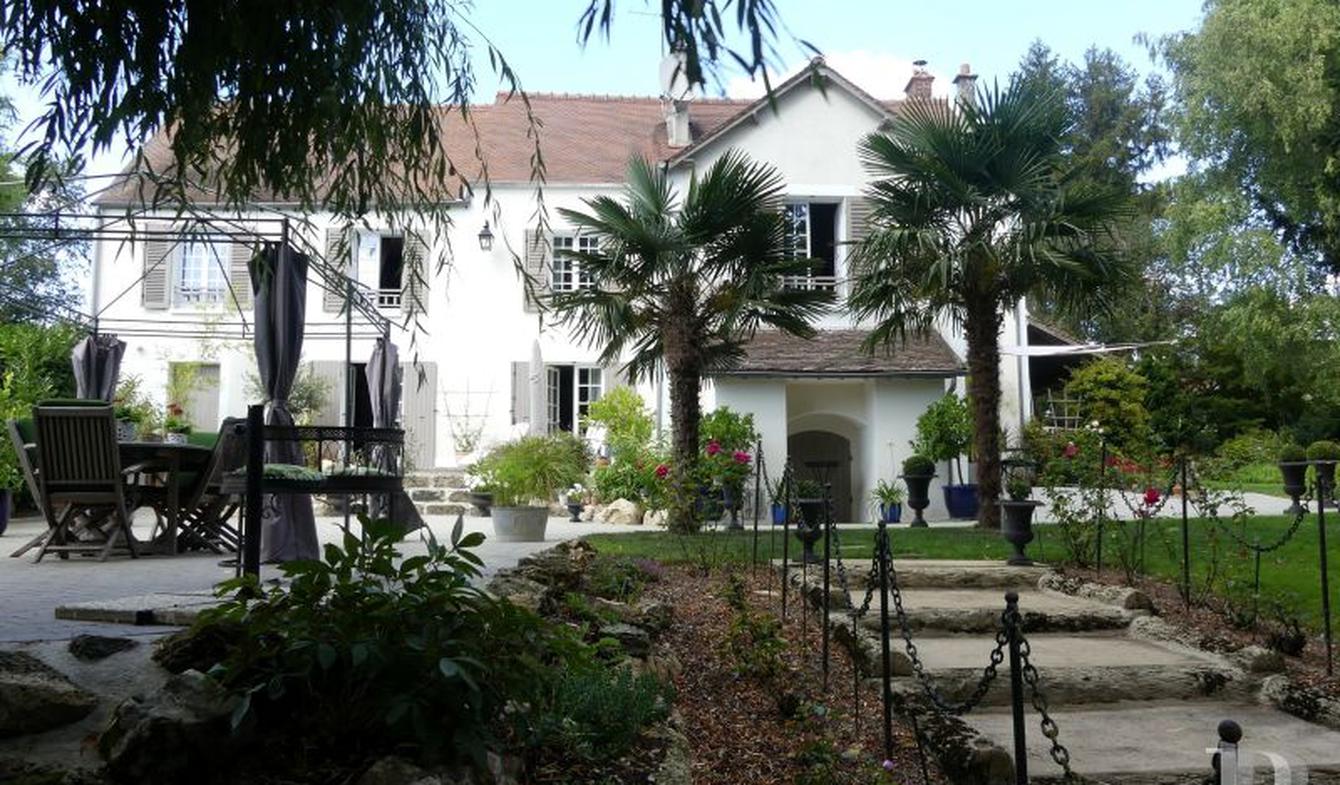 On the outskirts of Paris, an outstanding mill.In a small village less than 60 km from the French capital, the A4 motorway providing direct access. 25 km from Chessy-Marne-la-Vallée (TGV and RER train station, Eurodisney, Val-d'Europe shopping centre) and 3 km from Coulommiers, an attractive town with all amenities (shops, market, hospital).The brook watering the property has its source in the midst of the water table, slightly upstream from the mill. Further down it flows into the river Grand-Morin. This somewhat unusually sized flax mill stands, therefore, in an exceptional setting that is not subject to flooding, courtesy of its dominant position which has also enabled it to produce its own electricity via waterfalls.This old flax mill, in landscaped parklands reached via double gates as well as a wicket gate, stands in an idyllic setting between a garden, abounding in flowers and shrubs evoking distant journeys and an orchard, where quince, apple, plum, cherry, pear, walnut, fig and chestnut trees as well as currant bushes keep an eye on a small gazebo. A freshwater lake, fed by the brook, features a fountain and a romantic islet, reached via a little stone bridge.Two old stone outbuildings and a small wash-house on the edge of the millstream add a touch of magic to this property, fully enclosed by fencing.The millThe building, constructed in 1580 from stone, is rendered. Its roof is covered with local, flat tiles (redone in 1999).The mill is laid out over two levels, above cellars and under attic space.The facades feature small paned, wooden framed windows which vary in size on the different levels, thus indicating that the heights of the ceilings also change with the floors.The building topped with a pediment is on one side.Garden levelThis level, corresponding to the basement, has access to the garden. It comprises:- the mill's machinery;- a wine cellar;- and two underground passageways.Ground floorThe main entrance hall is enhanced with cupboards. It opens into a vast, extremely bright lounge-dining room, with old terracotta floor tiles as well as exposed ceiling beams and joists. Its fireplace is in good working order. This room opens on to a terrace. An open-plan kitchen provides access to a second dining room. This wonderful living room is widely illuminated by a large picture window, providing an unusual view of the impressive, 6 m diameter wheel. The kitchen is fully fitted with a cooking range, an extraction hood, an American-style refrigerator, a central stone unit and a Gaudin wood-burning stove. The floor in this culinary area is covered with old terracotta tiles. Ceiling joists have been left exposed.A boiler room, a broom cupboard, a toilet and a linen room with stoneware floor tiles.First floorThis level is reached via a stairway, with old terracotta tile steps and oak wood nosing. The landing has solid oak wood flooring.A main bedroom has parquet flooring and white-painted, oak wood, exposed ceiling beams and joists.A shower room is fitted with an Italian-style shower, two wash-hand basins and stoneware floor tiles.A bathroom also has a shower and two wash-hand basins. A dressing room. Three other bedrooms are lucky enough to have a balcony with a view over the garden and the lake. A study or another bedroom. A suite with an anteroom-dressing room with cupboards. A bedroom with a shower room, lined with teak wood, an Italian-style shower and a toilet.AtticThe attic space has been converted into a large room which could be used as a dormitory as required. The roofing framework is exposed.There is no double-glazing on this level.Outbuilding no.1This building, laid out over two levels, is constructed from millstone grit and topped with an ...

Listings similar to this mill, Meaux (77)

Located only 10 km from Crécy la Chapelle and under an hour from Paris via the A4 motorway, this magnificent fully-restored mill property offers a living area of 500 m² (excluding...

Property with pool and garden Bois-le-Roi (77)

Near to Paris, an impressive farm, once a Gallo-Roman fortress. Some 50 kilometres from Paris, near to Melun and its RER train station with 35-minute links to Gare-de-Paris-Est. This...

~In the Golden triangle of Barbizon-Fontainebleau(7 mn. Magnificent stone property of type 'MANSION' for 654 M2 of living space and a caretaker's house of 70 M2, a farmhouse of 200 M2... 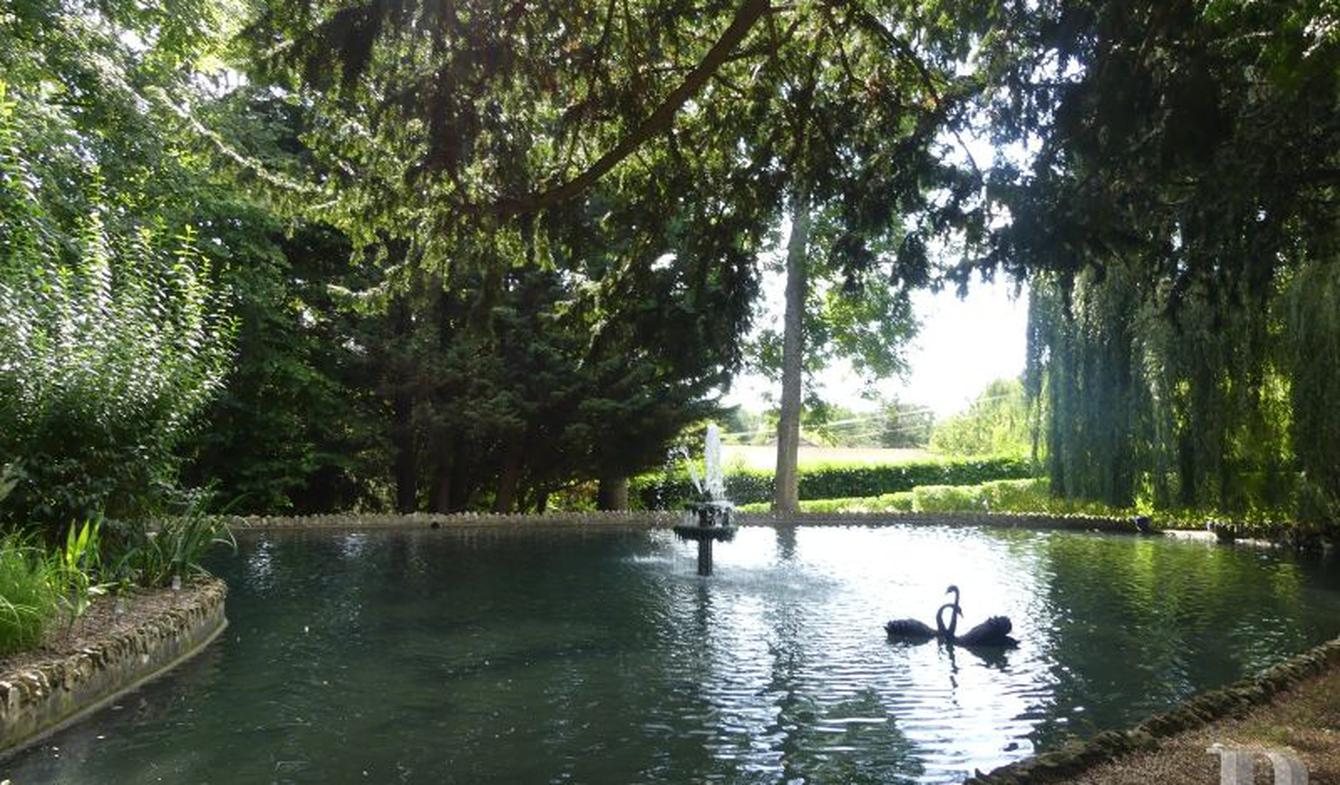