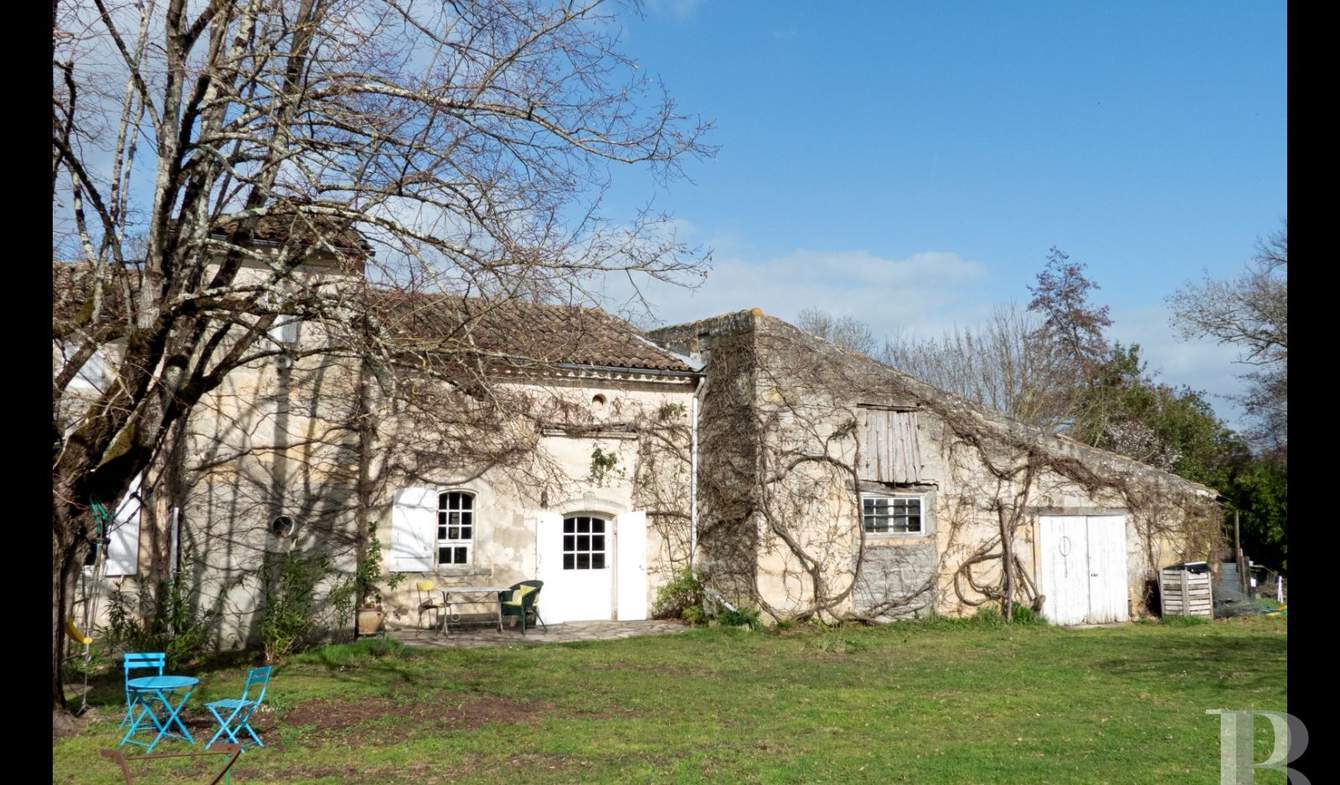 On the edge of the river Isle, an 18th century, traditional, long farmhouse, with its parklands, its spring and its banks.This house, typical of the French department of Gironde, stands near to a slip road for the A89 motorway between Coutras and Libourne. Bordeaux is a 40-minute drive away, Paris is less than 2 hours by train (Libourne station), Saint-Émilion is about 15 kilometres away and the river Dordogne can be reached in 15 minutes. Shops, schools and doctors are less than 3 kilometres away.This property, set in the area around Libourne, extends over 19,000 m². Although at a distance, the house is very near to a village, within easy reach of the motorway. It is accessed via a little lane running through the hamlet.There is a second direct entrance off the main road. This property is on the edge of the river Isle, a tributary of the river Dordogne. Nearby are a little islet and a lock, with pastures for as far as the eye can see. Archaeological digs have uncovered a prehistoric fiefdom, said to date from the fourth millennium BC.The traditional, long farmhouseThis house apparently belonged to a local member of parliament after the French Revolution. Constructed all in one go during the 18th and 19th centuries, it spans two levels. It has been embellished with a tower which helps to break away from the linear character of the region’s period constructions. The Virginia creeper covering the facade enhances its integration with the natural setting.Up until now, only the ground floor has been converted. This traditional, long farmhouse overlooks the banks of the river Isle which the current owners use as a natural swimming pool.The house is constructed from stone. It comprises several entrances on each of its two facades. An immense, grassy terrace looks out over its ever-wild natural surroundings on the river side. Whilst a car parking area near to the house on the parklands side can take several cars.Ground floorThis building has two rows of adjoining rooms as opposed to the customary corridor providing access to all the rooms. The main entrance opens into a large kitchen, spanning approx. 33 m². An immense fireplace stands side by side with a wood-fired cooker. Beams are exposed. Said kitchen provides access to several rooms: a large lounge, a dining room and a workshop. The floors are covered with parquet flooring or old tiles depending on the room.The lounge looks out over the river via a French window. It has parquet flooring. It opens, on one side, into an immense bathroom and, on the other, into a study which could also be used as a bedroom. The latter adjoins a ladies’ sitting room, laid out longwise, with a door opening on to the terrace. The south facade ends with a large bedroom, spanning approx. 22 m².On the courtyard side, two bedrooms, with a separate entrance, and a bathroom are laid out near to the kitchen. The ground floor spans a floor surface area of approx. 208 m². Every room features a fireplace.At the end of the house are a workshop, spanning approx. 50 m², and a large garage, spanning approx. 45 m², with a gate opening on to the outside of the property.First floorThis level is reached via a narrow flight of steps. A mezzanine has been installed and is used as a landing. It provides access to an attic, divided into two sections and spanning a total surface area of approx. 75 m². It could easily be converted into several rooms.The parklandsThese grounds comprise an immense meadow and a vast grove of some 400 trees including evergreen oak, locust, lime and other species. A spring in the middle of the meadow provides water for watering the parklands. The banks of the river Isle make it possible to moor a small boat.The property also has a rainwater recovery …

Listings similar to this property, Libourne

EXCLUSIVE, only 5 minutes walk from the beach in Montalivet, you will succumb to the charm of this lovely small 1930's brick beach house, 58 m2 and its 17 m2 independent lodging, with a...

Very close to Place Stalingrad and the quayside on the bastide side, this 71m2 apartment with exceptional renovation potential occupies the top floor of a magnificent 19th century...

IDEAL LOCATION 45 MINUTES FROM BORDEAUX, OCEAN AND MONT-DE-MARSAN, CONTEMPORARY PROPERTY ALL COMFORT AND BUNGALOW WITH OUTBUILDINGS. In village shops with medical home, the main house is... 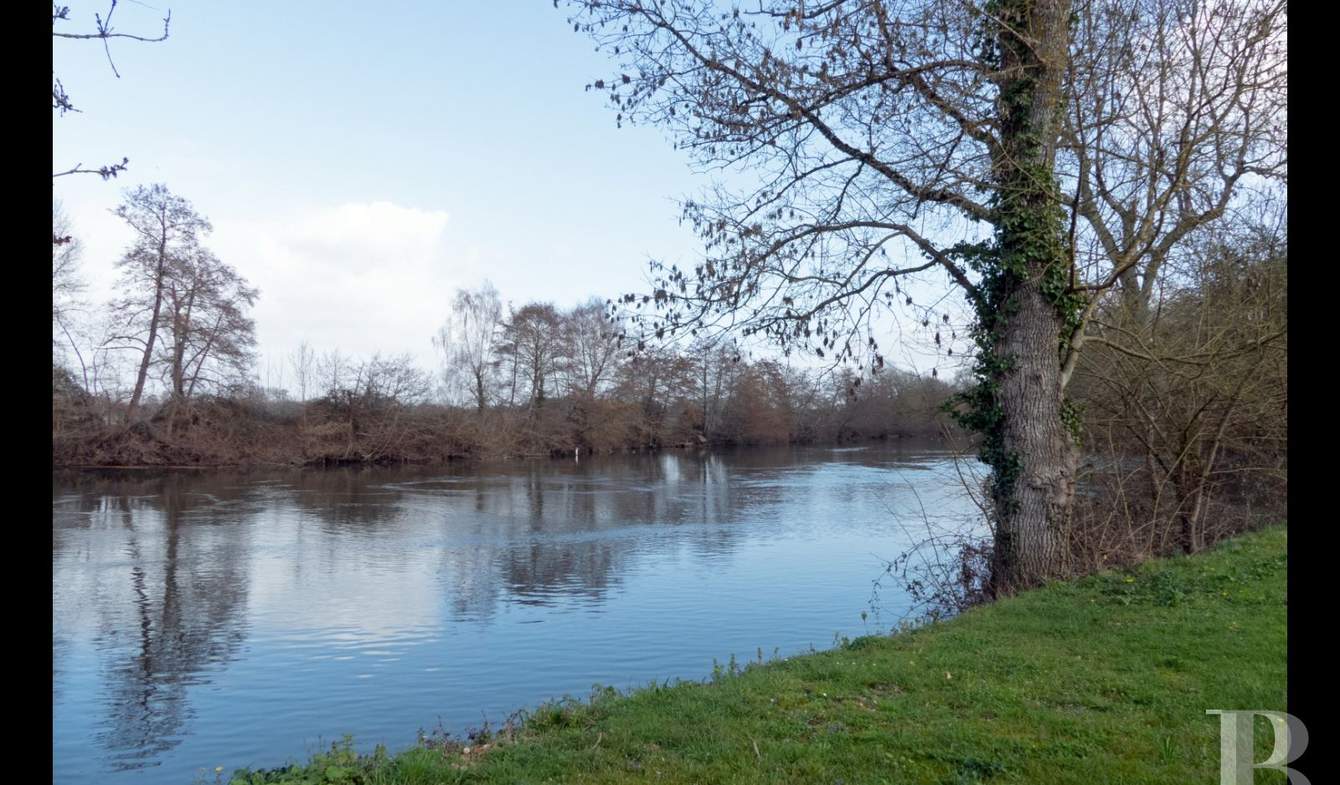