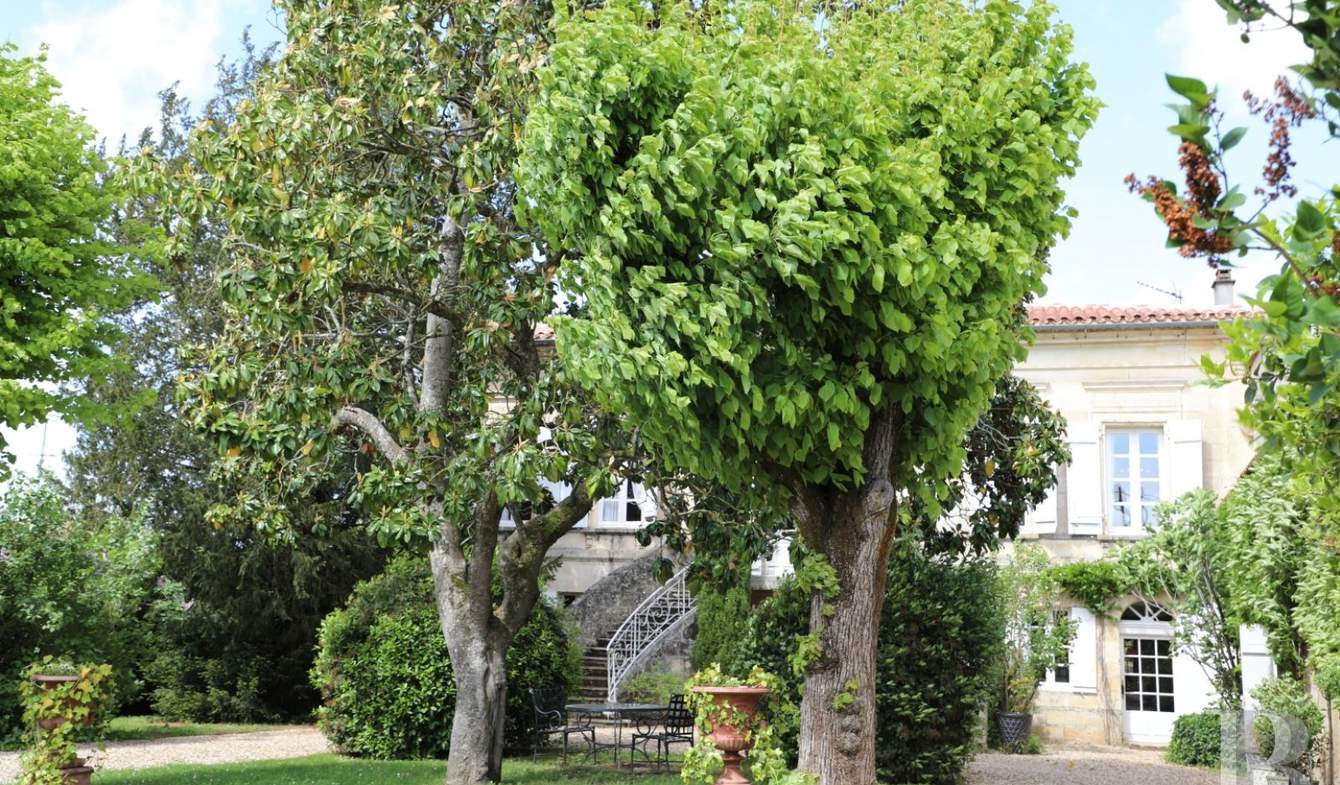 An 18th century, large, luxurious home, with parklands, outbuildings and access to a stream, on the riverside in Libourne.This property, to the north of the sub-prefecture of the French department of Gironde, is near to main roads and within easy reach of the A89 motorway. Bordeaux, its TGV train station and international airport are a 35-minute drive away. Libourne train station provides 2¼-hour rail links to Paris. Saint-Emilion is just 15 minutes away and Libourne town centre less than 10 minutes away. Lalande-de-Pomerol chateaux and vineyards are nearby. This estate is in the midst of a vast, protected, natural area, spanning 150 ha, composed of meadows, forest tracts and pathways. There is a 6-km hiking circuit near to the property.Out of the town centre, a wrought-iron gated entrance opens on to this property, extending over almost 5,000 m². The house can be accessed from a quiet street. Its architecture, with an L-shaped layout, conceals a verdant haven. Its long stretch of land extends to La-Barbanne, a tributary stream of the river Isle.The entire district was once planted with vines belonging to one of the region’s great landowners. At the time, the house and its outbuildings were used as stables for the practice of horse-riding. The stables were later used as an annexe by Libourne’s riding centre.The large, luxurious homeConstructed in 1731, this house spans two levels under an attic floor. The centre of the facade is flanked by two cypress trees, standing in the middle of a horseshoe-shaped stone stairway, with wrought iron railings. It provides direct access to the ladies’ sitting room on the first or noble floor. The ground floor, once reserved for domestic staff, can be accessed via a door set between the two flights of steps. In 2016, the building underwent major renovation works, all of which were carried out in keeping with standards set by the “Bâtiments de France”. The decoration is the personal choice of the owner, an interior designer.Ground floorThe walls, built from a local stone, also comprise a darker stone coming from the old ramparts of the Citadel of Libourne.This first level spans a floor surface area of approx. 170 m². It includes a vestibule, a double, through lounge, with a stone fireplace and a built-in bookshelf unit, the work of a cabinetmaker from the École-Boulle, a college of fine arts and crafts and applied arts. This is followed by a conservatory, with a view of the parklands. (This room is enhanced with a gigantic tree, created by artist, Laurent-Chiffoleau.) A kitchen features a fireplace converted into a bookshelf unit, a central, granite unit as well as all necessary fixtures and fittings. Every cupboard has been concealed using the trompe-l’œil technique. Air-conditioning units have been minimised using the same technique. The floors on this level are laid with travertine stone and the ceilings feature white-painted wood. A laundry room adjoins the kitchen. A back door to the rear of the kitchen opens on to a courtyard. Following on from the conservatory, a bedroom has a toilet and a door leading out to a flower-filled garden.First floorThis floor can be reached via two stairways. The first goes up from the vestibule. Its decor is that of imitation marble trompe-l’œil. It leads to a large, main suite which comprises a through ladies’ sitting room with, on one side, the porch of the horseshoe-shaped stairway and, on the other, a terrace, with a view over the parklands. On either side of the ladies’ sitting room, two large bedrooms, one of which has a bathroom. A toilet is separate. Numerous cupboards and wardrobes blend in with the decor.The second stairway, reached via the conservatory, leads to a landing, laid out as a library which provides access to a large bedroom, a bathroom with a toilet and …

Listings similar to this property, Libourne

Beautiful 18th century Chartreuse style mansion with local stone and offering spacious living spaces. This house has been renovated with good taste and in accordance with the rules of...

Stunning 18th-century Maison de Maître, recently renovated with the highest standards in keeping with the history, elegance and charm of the house. Spacious reception room with stone...

By BORDEAUX AND BEYOND

At the gates of Bordeaux and 20 km from St Emilion, superb property on 10 hectares of woods and meadows crossed by a water course full of charm. The character house of 350 m2 has been... 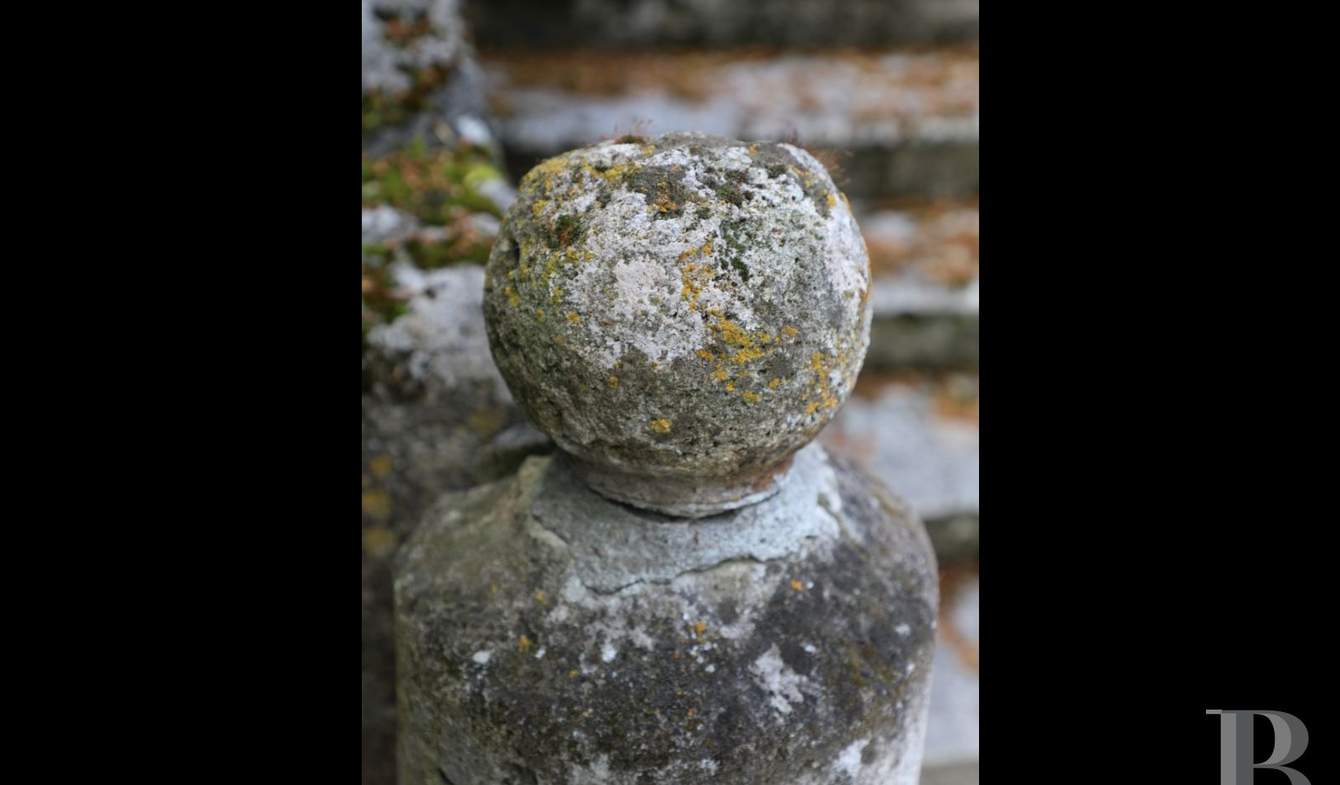