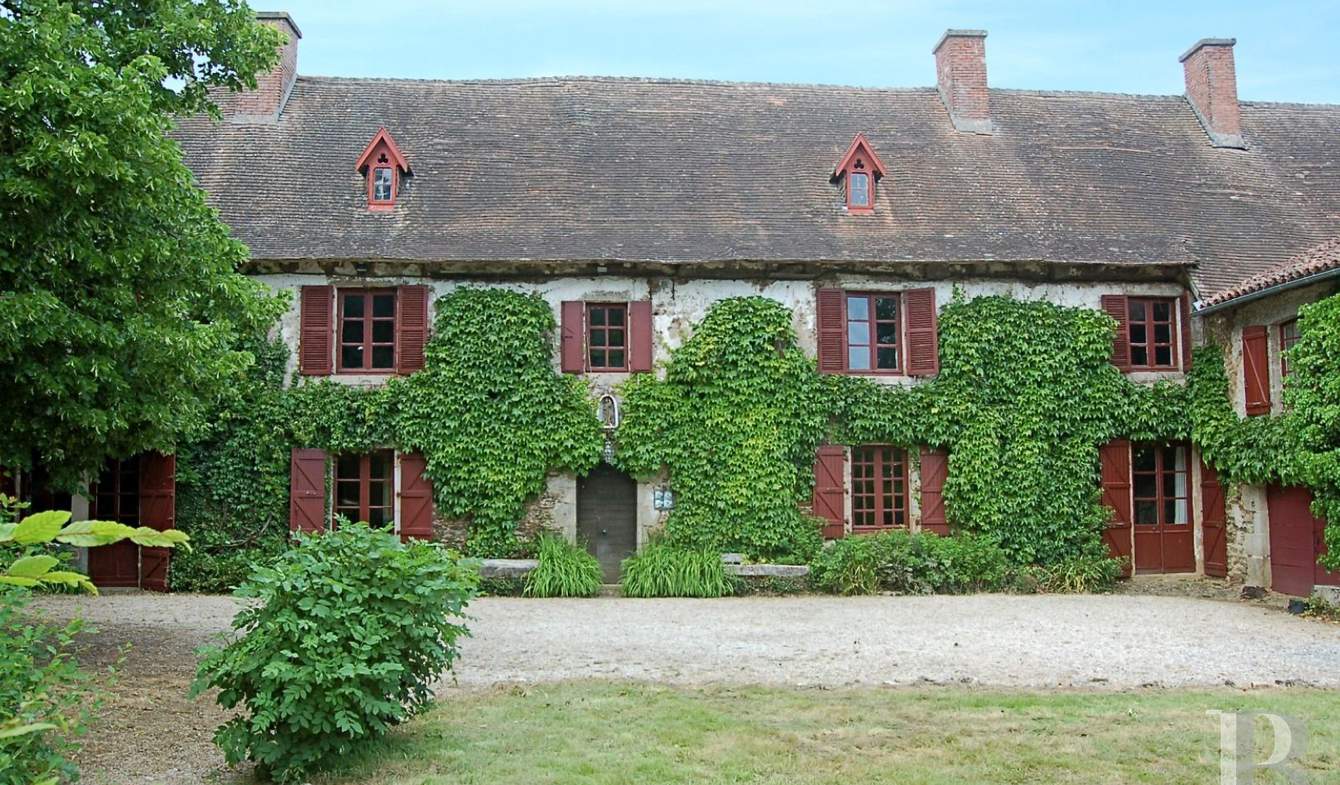 An old, 17th & 18th century coaching inn, with outbuildings and some 7,500 m² of enclosed wooden parklands, in the area around Limoges.4 hours from the French capital (3¼ hours by train), about 3 hours from Bordeaux as well as the beaches in Royan or La-Rochelle. Limoges international airport is some 30 minutes away and the town centre less than 20 minutes away. The nearest amenities as well as schools are less than 5 minutes away. In the Nexon region, one of the towns on the edge of the Périgord-Limousin Regional Nature Park, amidst pleasant, undulating countryside featuring woods as well as small fields surrounded by hedges and ditches, criss-crossed by numerous streams and abounding in beautiful lakes. A land which is ideal not only for outdoor activities, but also for exploring the rich historic and architectural heritage.This old coaching inn stands on the crossroads of an old Roman way, resembling a footpath, and a quiet country lane. Its tranquillity is disturbed but by the bleating of sheep on neighbouring farms. This property is enclosed by high stone walls as well as thick hedges. The main entrance leading to the courtyard is reached via a carriage gateway with double, solid, wooden gates. The keystone is still engraved with the year 1692. A short distance away, a second wooden gate provides direct access to the outbuildings as well as to the rear of the residence, separated by a large grassy area. It is possible to see an impressive barn (ground surface area of approx. 210 m²) on to which backs a second building in use as a woodshed (ground surface area of approx. 76 m²). The parklands, planted with a variety of species and crossed by little pathways, are laid out in front of the south facade, marked by wide overhanging eaves, providing a shady, covered area (ground surface area of approx. 42 m²). This property is completed by a lean-to, used for storage purposes, adjoining the east facade (ground surface area of approx. 50 m²).The residenceThis residence spans two levels (excluding cellars and attic space), topped with a steep-sided, gable roof, featuring hipped ends and covered with flat tiles. It comprises a large building, completed with a small wing set at right angles. This wing extends southwards with wide, overhanging eaves forming a covered terrace. A wooden, quarter-turning stairway goes up to an upstairs balcony as well as to a second entrance. The main entrance, however, is set in the centre of the large building’s south-facade. The latter, featuring numerous windows letting copious amounts of light inside the residence, is enhanced with a beautifully trimmed Virginia creeper. The north facade has a small, more recent extension housing a vestibule as well as two bathrooms. Further to the west, a large, paved terrace is laid out in front of a French window opening into the lounge. The inside still has all of its authenticity and can be lived in straightaway, with a floor surface area approaching 370 m² (excluding cellars, attic space and the garden level of the wing set at right angles).Garden levelThe floor in the main entrance hall is lined with cobblestones, similar to the “pierre pisé” typical of the French department of Dordogne, the layout of the stone forming the word “salve” (“hail” in Latin). A straight wooden stairway, going upstairs, is enhanced with wrought iron railings and wooden handrails, with balls on the newel posts. On the west or right-hand side, an elegant dining room, steeped in through light, has parquet flooring, walls partially covered with panelling as well as superb doors concealing large cupboards. A marble fireplace with a trumeau mirror completes the room which is extended by an adjoining kitchen that opens on to the entrance courtyard. A lounge on the east side, another through room, opens on to the north …

Listings similar to this property, Limoges

At the heart of a magnificent landscaped park, come and discover in Limoges, this very beautiful property with sophisticated services and careful decoration. You will spend pleasant...

Superb atypical apartment of approximately 200 m2 in the hyper center of Limoges which will delight the most demanding. This property comprises on the first level, a large entrance hall...

The firm Sopar Immobilier presents this imposing mansion located in the heart of this 7.57 hectares of land. The property proposed today for sale is made up of a house dating from 1903...

Property in the heart of the Périgord Limousin Natural Park, in a peaceful hamlet in the land of trees and water, altitude 380 meters temperate climate, mild winter. 10 km from shops,... 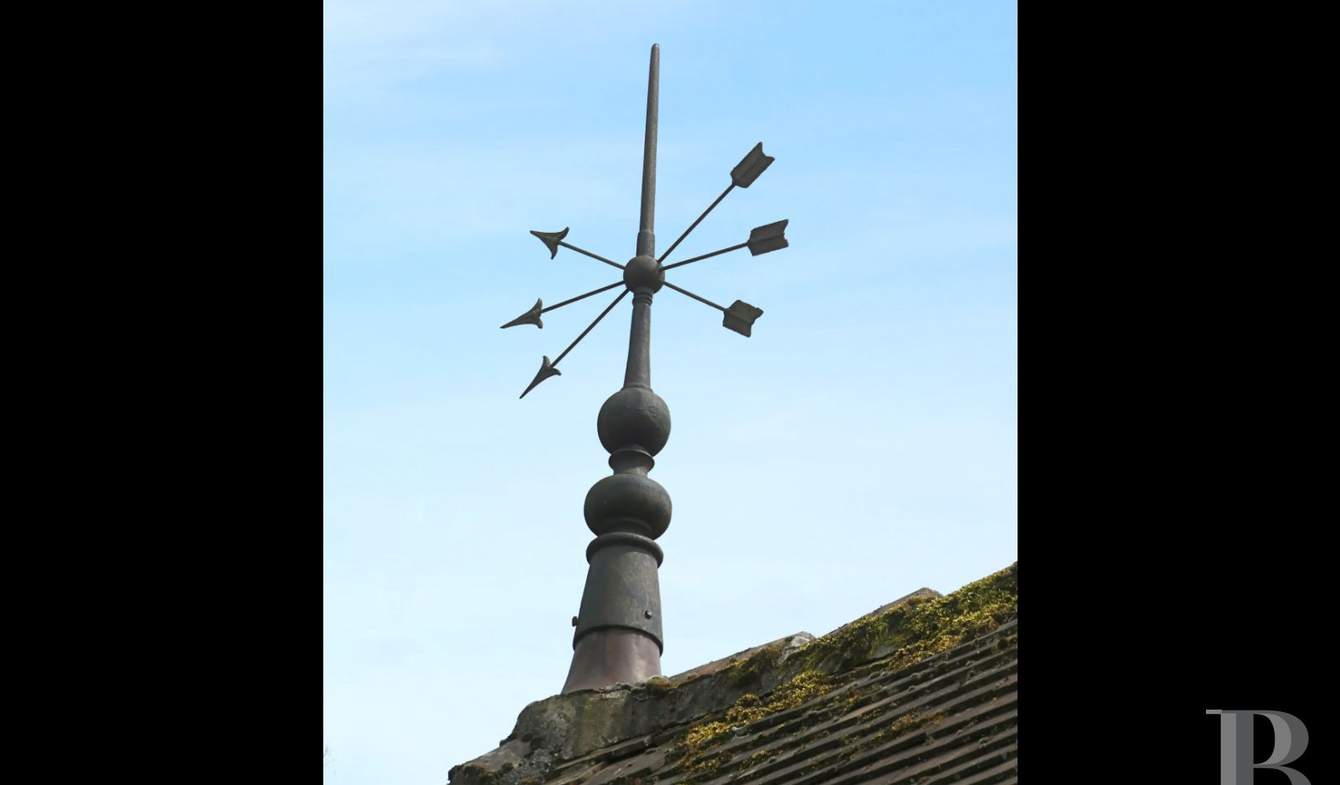