A 19th century, large luxurious home, with outbuildings, in landscape parklands six minutes from Tours’ town centre.To the south of Tours, in the midst of a little, sought-after town, with all amenities (shops, schools and public transport), in a residential district with many old properties. Six minutes from Tours’ town centre and seven minutes from a train station with one hour-links to Paris. Although the motorway network is but five minutes away, it does not cause any nuisance. This property, protected by wooded parklands, is in a historic setting in a town.This property’s parklands are completely enclosed by walls, featuring three entrance gates. The first gateway opens on to a superb lime tree-lined alleyway, leading to the house; the second gateway, in the parklands, leads directly to a large troglodyte cave; the third, a wicket gate flanked by freestone pillars, opens on to a terrace and the main entrance to the house. The south and west-facing landscape parklands come right up to the house, with old species, copses and boxwood alleyways leading to a little, old, thatched water tower, composed of brick and freestone. The south of the parklands comprises a wooded section, with a brick garden shed and a large troglodyte cave. Near to the house is an outbuilding, topped with an old, flat tile roof, currently in use as an artist’s studio.The large, luxurious homeThis main house, with its slate roof and freestone framing around the doors and windows, immediately reveals the traditional architectural style typical of the Touraine region. Its soberness is demonstrated by the symmetry of its openings, doors and windows. The presence of a watch-tower on the west facade provides a tasteful touch of medieval fantasy. The south side of the house is composed of freestone with two loop-holes on the ground floor, reminiscent of those in the watch-tower. The flat section of the roof features bull’s eye windows, surrounded by zinc decor. A pavilion on the south-east corner, reflecting similar architecture, is linked to the house by a wooden veranda. Composed of freestone and slate, it has two shed dormers, topped with a triangular pediment, similar to those of the main house. Once again, there are three possible entrances: the main entrance is on the east facade, reached via the wicket gate opening on to the street; that on the west facade is reached directly from the parklands; and the last, on the south facade, via the veranda.Ground floorThe main entrance, with its glazed door decorated with wrought iron, opens into a vestibule, housing the stairway. On one side, a dining room features parquet flooring and a black marble fireplace, decorated with fleur-de-lis. It precedes a fully fitted kitchen that opens on to a veranda. On the other side of the vestibule, a lounge is enhanced with parquet flooring and a light-coloured marble fireplace. The double aspect of all the rooms makes the ground floor particularly luminous. A toilet is to be found on a half-floor.First floorA vast landing provides access to two large, double and triple aspect bedrooms, with parquet flooring, as well as to a very contemporary bathroom, with a toilet.Second floorThis level has parquet flooring throughout. It comprises two small rooms, with sloping ceilings, exposed beams and bull’s eye windows. They could be used as a small bedroom, with a study or a dressing room.The pavilionThe pavilion can be directly reached from the house via the veranda. It comprises a shower room and a dressing room on the ground floor with two bedrooms upstairs. The basement houses a boiler room and a linen room.The outbuildingsA building constructed from quarry …

Listings similar to this property, Tours

The origins of the property are inscribed in the strongholds of Touraine from the 17th century. This homogeneous whole distributed between castle and dependences, is placed in the heart...

A surprising, Anglo-Norman property 10 minutes from the town centre of Tours. In a much sought-after town to the south of Tours and 7 minutes from a TGV train station with 60-minute...

Located on the South of the Touraine area on the hill of a village, near shops and amenities the château is in 6 hectares of park with gites, dependances, swimming-pool and woodland. ... 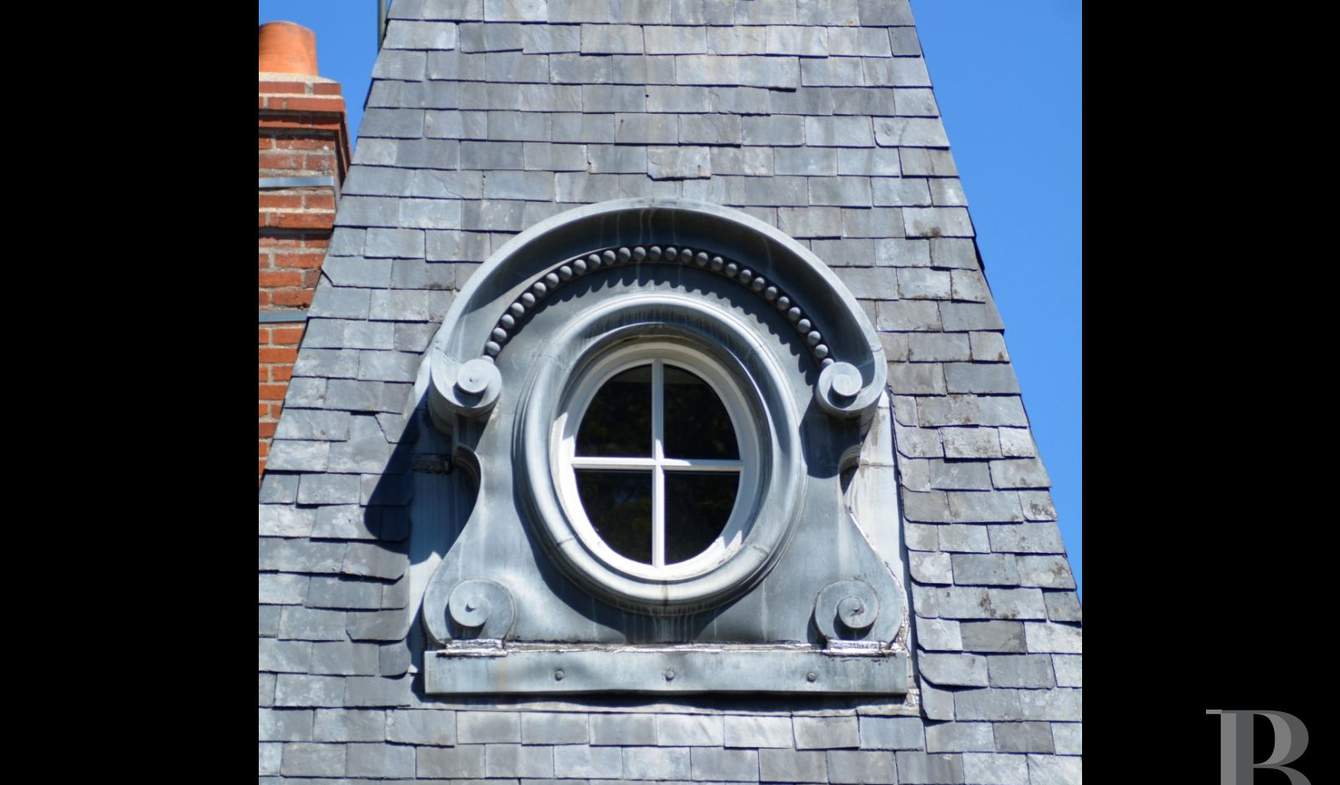