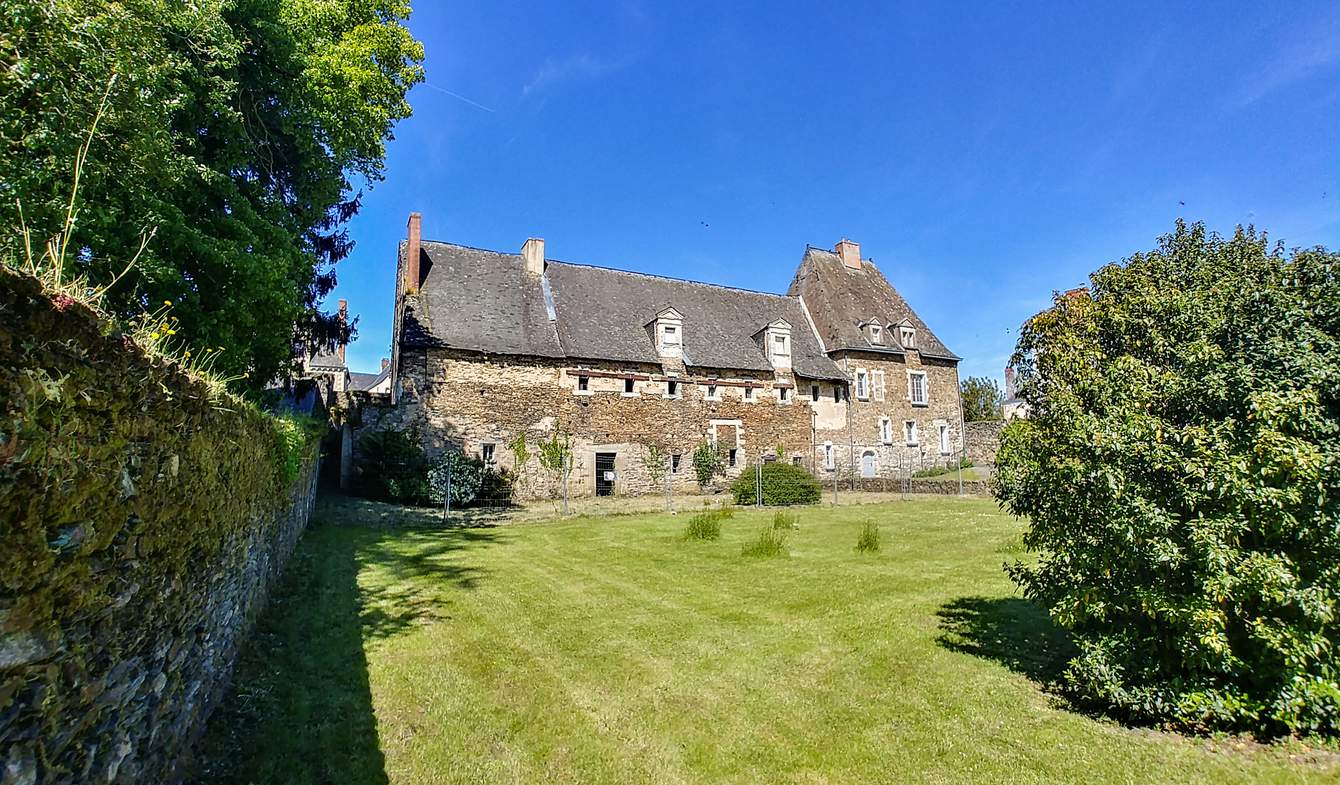 ~- HERITAGE IN PERIL IMH - REMAINS OF The ROYAL ABBEY OF NYOISEAU, XII-XVII-XVIIIEME – RARE CLOISTER NOVEL - AT the HEART OF the VILLAGE – 6KM OF SEGRE – 50KM From ANGERS AND LAVAL. SALE FOR THE BENEFIT OF THE COMMON. NOTICE TO HOLDERS OF PROJECT At the heart of the town of Nyoiseau, of 1300 inhabitants, the remains of this important abbey of benedictine women founded in 1109 by the Hermit Solomon disciple of Robert of Arbrissel, founder of Our Lady of La Roë and Fontevraud, are currently in a state of danger. It has a documentary interest on the outstanding Cartulaire dating back to 1123 The set consists of - The commissary Eighteenth, rectangular, beautiful façade, highlighted by a cornice with corbelets, under a roof with four sides, in perfect condition following a restoration of quality in the standards as a Historic monument in 2012. Ceilings with beams and joists in oak, lime. Four rooms per floor on two levels. Superb framing in oak early Nineteenth, under which is housed a museum of the history of the abbey and the town, with many old elements interesting, the remains of the abbey, explanatory panels. Oil fired central heating. Building currently housed in town hall - Boarding School Eighteenth, the long building with a ground-floor half buried, and a first floor with two external staircases in stone. Several openings are finely moulded, including one housing a statue of the Virgin. Three dormers Nineteenth on the front, two beautiful dormer windows with a triangular pediment in the tufa on the back. The interiors have kept their original features, including a very nice large room, salle Saint-Georges on the ceiling beams and joists in oak of beautiful sections, terracotta-tiled floors, fireplace XVI-Xvii, to jambs to the windings, lintel with cornice molded, hood decorated with a frame of moulding, garden stone, series of wooden columns in the middle of the room. This large room of around 140m2 had to be to the use of dormitory of young girls whose education was entrusted to the religious. Wine cellar in rez-of-garden. Placard mural avec vantail d’origine. At the end of the building, a room decorated with a beautiful stone fireplace Eighteenth to the pier with a frame with spandrels surmounted by a cartouche of rocaille applied on a nice ledge. Superb a-frame cradle - A remnant of the very rare cloister romanesque Xiith. Recently restored. Posing by a section of wall adorned with three large arches with arch stones of sandstone, alternating the colors grey and red under drip this provision of the arch stones of color alternating is found in earlier epochs, in particular Carolingian Saint-Philibert-de-Grand-Lieu, at the abbey of Corvey, to the church of St Pantaleon in Cologne in Germany ; or even to St. servatius of Maastricht to the so-called classical Roman art(1070-1150. A drawing of Hawke of 1839 and the architect Dusouchay of 1846 show that these arches were alternating sets of three small arches, paired columns and capitals, a few remnants are partly conserved in the repository lapidary. At present there are in the wall of the cloister columns half engaged in the masonry, with capitals decorated with leaves typically apply novels, that is not without making think of those in the cloister of the abbey of Fontenay was founded in 1119 by Saint Bernard of Clairvaux Although the state of relic, the cloister still retains its symbolic power center of community life and place of journey - Large barn dimière restored in 1674 on the foundations dating back to the remarkable frame, with walls decorated with strong buttresses. Consisting of two levels, a ground floor apartment certainly intended to shelter livestock until a recent date, and a first floor which is accessed by an outside staircase under the awning full of charm, a beam-etched MIL in a heart with the year 1674 probably indicates the date of restoration. This first floor elevated was probably intended to protect crops from flooding from the Oudon neighbor. This barn is very similar in its appearance and its organization the grange dimière of the abbey of Saint Martin of Tours to Chenu in the Sarthe, dated from the second half of the Xiiith century. Our barn is located under umbrella for several decades - A small school Xx - Beautiful courtyard of the cloister has given rise to archaeological excavations - Small garden with a beautiful and old lime tree Filing lapidary remains of great interest, column of a cloister and marquee novel, mascaron baroque Terrain de 2959m2 Aspect documentaire exceptionnel, the Cartulaire of the abbey of Our Lady of Nyoiseau depicting the life of the abbey 1123 to 1743 is preserved ; a beautiful perspective drawing of the abbey of Nyoiseau by the marquis de Geoffre is preserved at the abbey of Fontevraud Registered as a Historic Monument in all Special Condition: the sale is made for the benefit of the town of Nyoiseau. The project will need to take into account the accessibility of the museum, and include a public aspect, while providing guarantees on the realization of the urgent work situation - 50km from Angers and Laval - 6km of Segré - 80 km from Rennes and Nantes - 40 km of Val-de-Loire Price: 230000 Euros fees included(that 30000 Euros of flat-rate fees Only in Denniel real Estate – Antiques, real Estate.

Listings similar to this property, Nyoiseau

GENERAL DESCRIPTION APARTMENT This chateau is divided in 32 apartments, and without doubt, exceptional. Its first asset is its nuisance-free location, near to the center of a village...

20 minutes from Angers, TGV station to reach Paris in 1 hour 30 minutes. Near the A87 motorway. In the heart of the vineyards and not far from a national forest, a green lung! The...

A little paradise hidden among the meadows. A location that warms the spirits. This landscape painting of greenery and stone is located 15km from one of the most delightful villages in... 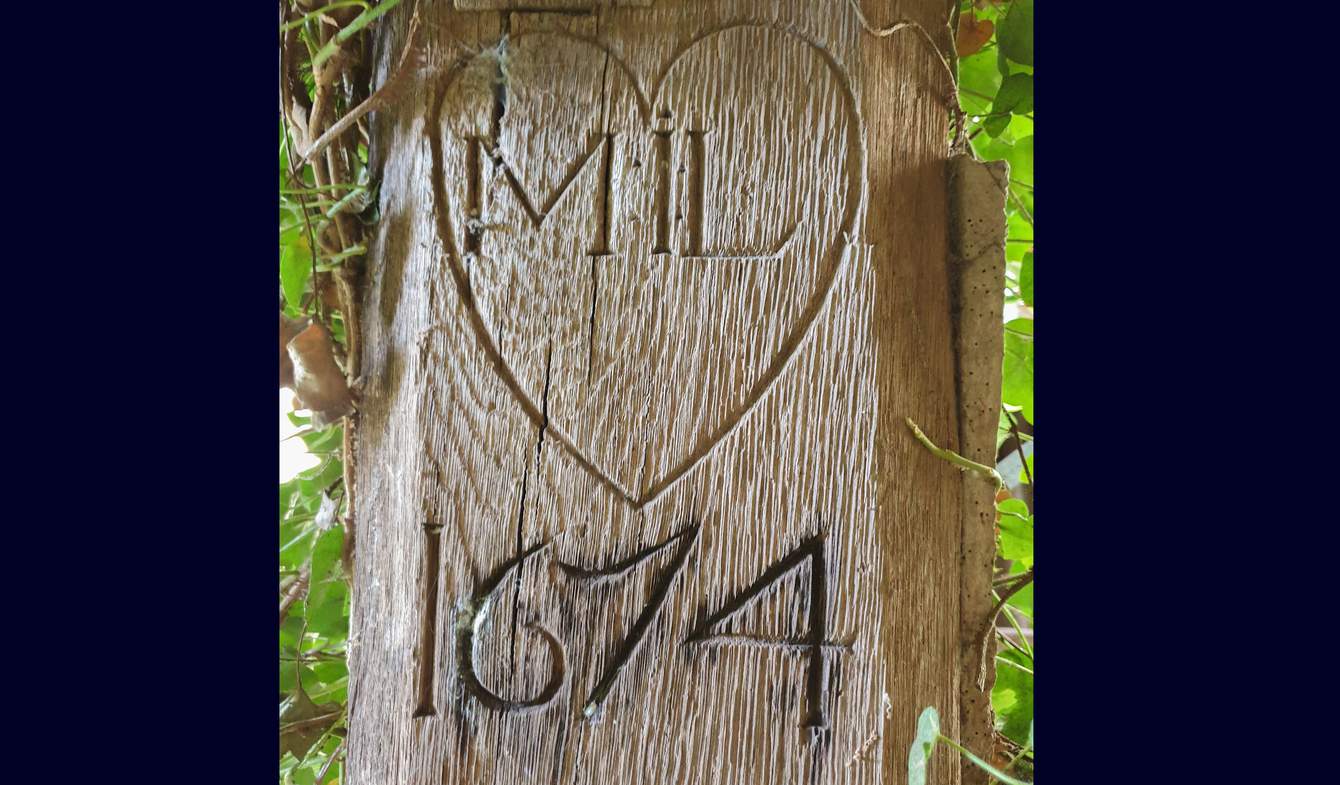