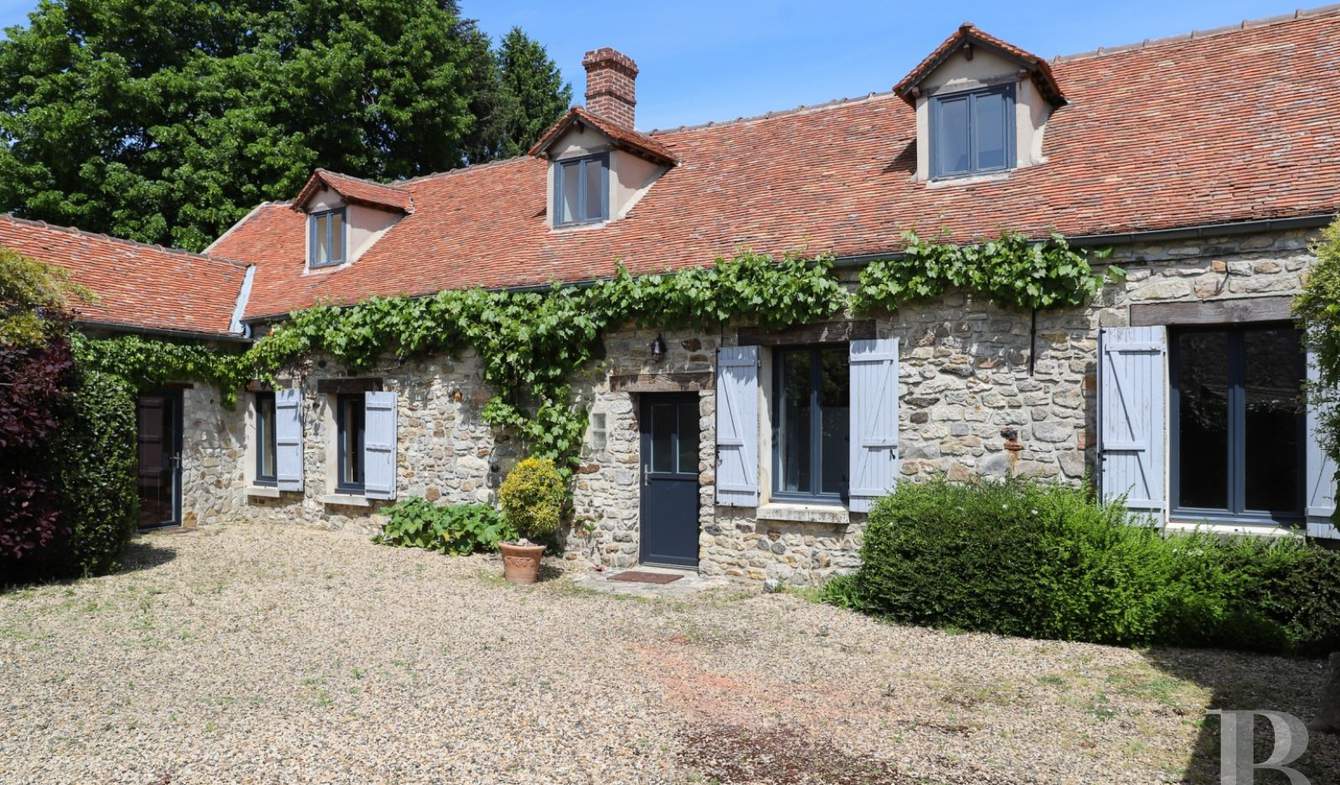 A small, fully restored farmhouse just an hour from Paris in the Valois Country.This property, in the Valois region in the French department of Oise, can be easily reached by train (Crépy SNCF train station, with 40-minute links to Paris’ Gare-du-Nord), and via the N2 which puts Charles-de-Gaulle airport 30 minutes away and Paris an hour away. This little, old farm is mid-way between Crépy-en-Valois and Villers-Cotterêts, two towns with a wealth of architectural heritage and abounding in history. But also two towns experiencing a revival: Crépy is benefitting from the economic development of the Roissy-Charles-de-Gaulle area and Villers-Cotterêts, future home to the International Centre of the French Language, will be revamped with the extraordinary restoration of the chateau of François 1st. Whereas the village is known through Louis-Étienne-Hericart, Viscount-de-Thury, a famous, 19th century mining engineer who was behind the reorganisation of Paris’ catacombs and the creation of Grenelle’s artesian well.Gates, once the entrance to the original farm, open on to the property’s courtyard. The main house appears in all of its rustic beauty, with its local stone walls and its roof covered in old tiles, ranging in shades of red through to ochre. This house stands facing a gravel courtyard where the farmer and his farmhands used to work. It is set at right angles to the outbuilding, now used for garage and storage purposes. A garden extending on the other side of the house was once a vegetable garden. Now plain and pastoral, it is planted with miscellaneous species of trees (lime, ginkgo-biloba, apple, plum, quince) and flowers such as irises and English roses.The market town, with its very old origins, the gothic architecture of its Saint-Martin church, its vestiges of the old castle and its watercress beds, is the archetype of a Valois village. It has expanded and houses now surround the property without causing any particular nuisance. It is clearly in the countryside with fields and forests at the end of the street but, in the midst of a village with 500 inhabitants, it is not isolated.The main houseThis house dating from the 19th century, resembles a long, traditional farmhouse, extended at right angles by an old outbuilding, followed by a garage. It spans two levels, with a roof on the courtyard side featuring hip roof dormers, with projecting eaves. The double-glazed openings are identical to those on the lower level, all with large panes and grey-blue frames. The equally plain, ground floor openings are supported by an exposed wooden beam. Traditional shutters enhance the stone facade. The entrance door is set in the centre and a vine runs along under the guttering. The layout is similar on the garden side but with two main differences: a large French window opening on to the garden and a stone wall that has not been scraped, therefore leaving stones and old mortar here and there.Ground floorThe entrance vestibule provides access, on one side, to reception rooms with exposed beams and a fireplace. On the other side is a master suite, with a large bedroom, a bathroom and a reception area that could be used as a study or a library. The vestibule also houses a strange stairway, divided into two sections and creating a split-level, no doubt due to an old storeroom area where the farmer matured cheese. The wooden and metal railings provide a contemporary touch to this luminous entrance hall.The reception room is pleasantly spacious. In fact, this vast double living room was once separated into a lounge and a dining room. A through room, it also appeals because of its luminosity resulting from the five openings that look out over the courtyard and the garden, as well as its light-coloured stoneware floor tiles and its whitewashed ceiling beams. The current layout …

In Gerberoy, one of the most beautiful villages in France, magnificent building with 175 m2 of living space. On the ground floor, an entrance with lounge area and bar, large living room...

Rare, Chaumont-en-Vexin sector, family house bathed in light built on a garden of over 5,000 m², offering you a 45m² living room with pellet stove, a dining kitchen, a family-room, four... 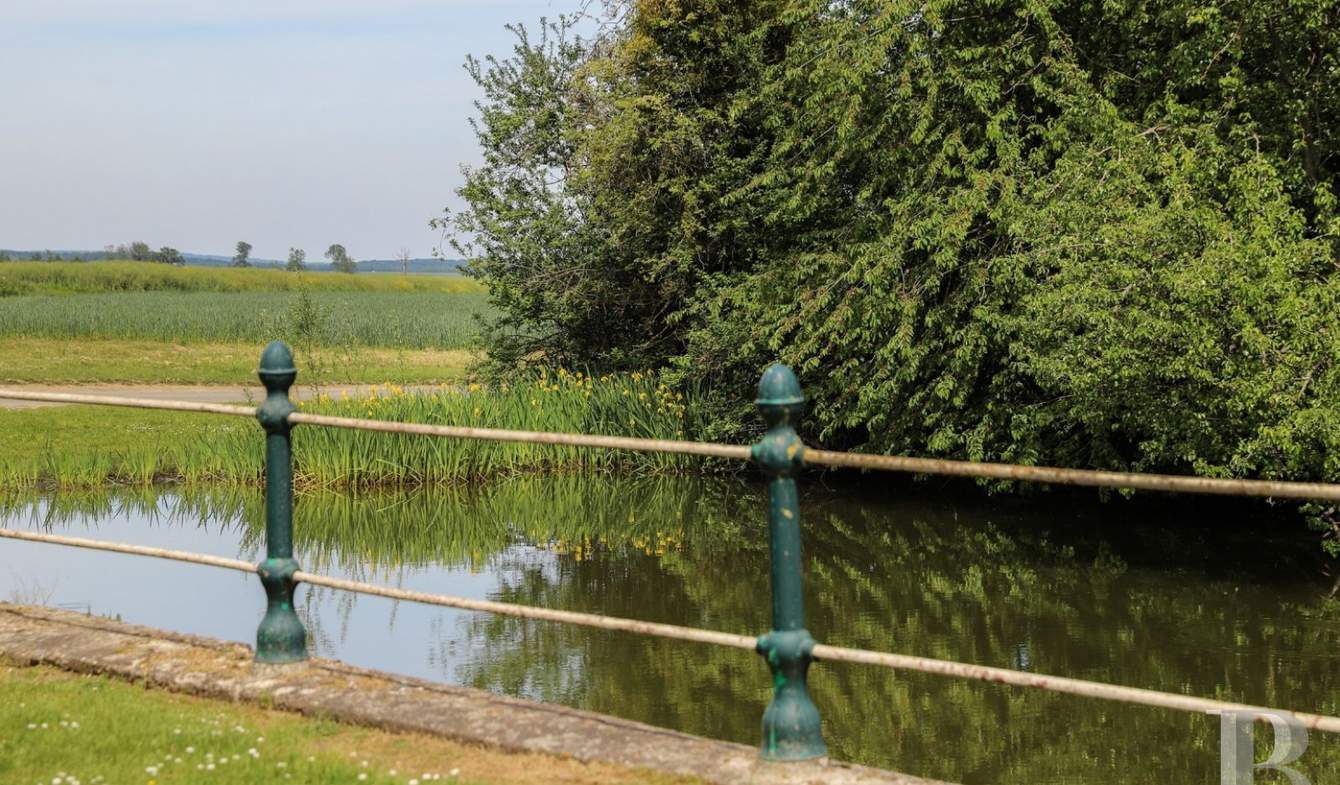