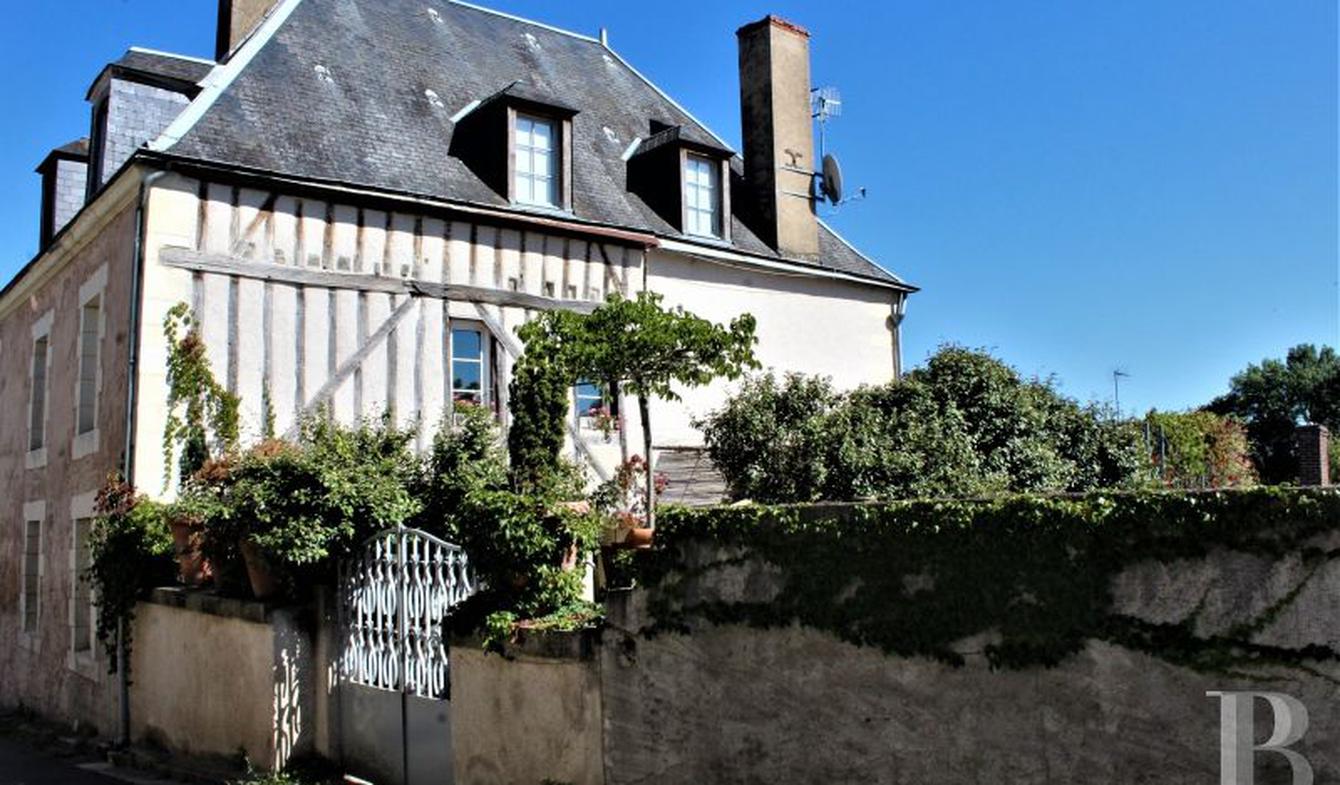 An old coaching inn in a picturesque village in the Loir Valley near to Vendôme.In the Tours-Le-Mans-Vendôme triangle, in the Centre-Val-de-Loire region, 2œ hours from Paris and 25 km from Villiers-sur-Loir TGV train station with its 40-minute links to Paris. On the edge of the Loir plain where French bocage countryside alternates with large stretches of farmland. The village grew up on the steep terraced hillside more than ten centuries ago. Its vestiges of the past have been superbly preserved.This former coaching inn is built up against the vestiges of the town ramparts. Having undergone several transformations between the 17th and 19th centuries, it became a hotel in the Belle-Époque. The very location of this house, on the corner of two streets with the main facade taking pride of place on the crossroads, catches the eye of every passer-by and invites them in. It comprises two adjoining buildings. Both have a rectangular base but one is narrower and shorter than the other as the curve of the street requires an open corner. A large, rear, 70 m² terrace, facing south-west and, therefore, taking full advantage of the sunshine, is laid out above the garage.The houseThe main facade is constructed from freestone and the little projection from half-timbering and brick, whilst half of the facade on the terrace side features half-timbering. The walls on the other sides are rendered with freestone framing around the windows. The slate roof, following the various shapes and heights of the buildings, features hip roof dormers with overhanging eaves on all of its slopes, with the most outstanding one on the main facade.Ground floorThe front door, reached via a porch, opens directly into a lounge. The ceiling beams are exposed and the fireplace was added. One opening provides access to the stairway going upstairs and down to the basement, whilst another leads to a dining room. The latter opens into a professional kitchen and on to the terrace.BasementThe stairway goes down to a second entrance, level with the lower road, a door to the garage and an area comprising toilet and shower facilities, followed by a laundry room, a boiler room, a storeroom and a cellar.First floorThis level comprises three bedrooms with their own shower room and toilet.Second floorThis level, under the rafters, includes three bedrooms with their own shower room and toilet.

Listings similar to this house, Vendome (41)

20 minutes from BLOIS, in common with all amenities, attractive old house built on its fenced and planted with trees of about 1700m2. This charming building offers a pleasant reception...

House with pool and terrace Chaumont-sur-Loire (41)

Ideally located, near Amboise, in the heart of the most sumptuous Châteaux of the Loire, this magnificent old wine farm of the XVIII century has been completely renovated with taste and...

Between Blois and Beaugency, manor house dating from 1900 with outbuildings, in a city centre. This property offering approximately 250 sqm of living space with 8 rooms including 5...